Why NASCAR is NOT the essence of motorsport

A couple of days ago, crankandpiston’s own Phil McGovern suggested that NASCAR represents the essence of motorsport, and on the one hand he makes a good point: big power, big crowds, tight grids, nary a KERS device to be found, and the technique required to make racing fun. On the other, he’s talking complete and total rubbish.

As a former racer on the UAE Touring Car Championship circuit, m’learned colleague knows what it takes to make a car go quickly, combining heel with toe to throw the nose at a corner whilst balancing under and oversteer to keep the momentum running. It’s a skill he developed in crankandpiston’s race-spec VW Golf with knackered slicks, and for anybody who’s seen his Toyota 86 going sideways, you’ll know it’s a hard-learnt lesson.

All well and good, but here’s where I take issue. Whilst combining this with a 40-car grid and four left-handed corners could reasonably be deemed the essence of RACING, it is not to my mind the essence of MOTORSPORT. That, my dear Phil, is something altogether different and something NASCAR does not represent.

Let me start off with that most obvious of grumbles: commercialism. Like all top tier contemporary motorsport, NASCAR remains a slave to sponsorship, politics, marketing campaigns, and ‘PR exercises’, concepts that leave most motorsport fans rolling their eyes in exhaustion (“oh good, ANOTHER Toyota Camry photoshoot with Michael Waltrip…”). To be a global sportsman today is no longer just about the skills: it’s about being a marketable commodity. Dale Earnhardt Jr, son of the departed Intimidator, remains NASCAR’s most popular driver, selling t-shirts, caps, flags, jackets, diecast models and fuzzy dice in similarly exorbitant numbers as one Valentino Rossi. This despite the 23x NASCAR race winner being some way off replicating the nine-time World Champion’s haul of silverware. Even six-time NASCAR Sprint Cup champion Jimmie Johnson struggles to match the sales… 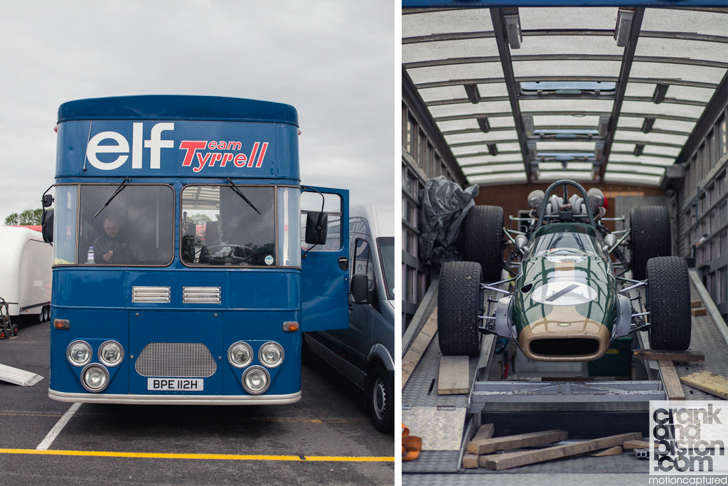 Then there’s the racing itself. Spotters for a 40-car grid on a 2.5-mile circuit remain a vital necessity to keep the drivers safe (we all remember what happened to Dan Wheldon) but goes against the ‘man and machine’, gladiatorial driving epitomised throughout the 1960s by Jim Clark, Dan Gurney, Sir Jackie Stewart and Graham Hill among so many others. A period where a gentleman driver wore a pencil thin moustache and a tweed blazer on race weekends, and upheld sportsmanship to the nth degree rather than today’s Russian oligarch with a race-spec Ferrari and a couple of spare weekends a month. By its very nature, the essence of motorsport was its speed, its civility, and its eccentricity, taking in some of the most infamous tracks of its time – the Nordschleife, the original Spa-Francorchamps – as opposed to ‘amazing facilities’ the circus travels to today, and varying disciplines. Between his 1963 and 1965 F1 reigns, Jim Clark won the 1964 British Touring Car Championship, an impossible record today (the most recent example was in 1993, when for two weeks, Nigel Mansell held both the F1 title and the IndyCar crown). That, and the danger.

‘Rubbin’s racing’ remains the tintop world’s most recognised mantra, and while motorsport is littered with examples of terrifying high-speed accidents, deliberately driving into a competitor to maintain/gain track position is a far cry from the motorsport code of conduct garnered more than half a century ago: rubbin’ a rival usually led to a car vaulting the barriers, somersaulting across the track, and – more often than not – a fatal accident. 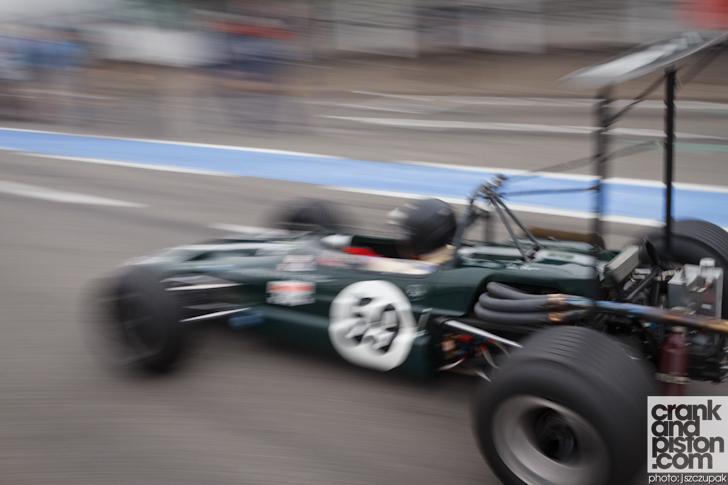 And that’s just the point. By it’s very nature, contemporary racing has come just too far to truly re-capture ‘the essence’ of motorsport. Some get closer than others, the absence of the media and commercial spotlight for instance allowing club racing and go-karting to focus on ‘the racing’ rather than the sponsor commitments and whether drivers are wearing the correct watch. When Lotus debuted its now famous Gold Leaf livery on the 49 in 1968, an era was ended the likes of which we shall never see again. The ‘essence’ of motorsport was no longer the same.

In the hideously complex push-to-pass-but-preserve-tyres-and-fuel-and-obey-noise-restrictions world of tech-heavy single seaters and endurance racing, America’s favourite tin top series may well represent the nearest we have to traditional mano-y-mano RACING. But the essence of MOTORSPORT? I’m afraid not.