Last weekend, our man Tim Brown headed to the 2016 Le Mans Classic at La Sarthe in an attempt to shoot 8500 cars in three days. He’s still side-lined with blisters, but his efforts – as you can clearly see – were not in vain…

123,000. That’s the official footfall for the eighth biennial Le Mans Classic, a 13K increase on the record set in 2014, demonstrating that it’s not just the battle twixt Porsche, Audi and Toyota for outright glory that brings people to France’s most famous race circuit every year.

And that’s just the spectators, with the 2016 Le Mans Classic welcoming 8500 classic racing and sports cars alike spanning 70 years from 1923-1993 and 180 different racing clubs and private collectors. Of that 8500, 550 pristine models would see race action during the 3-day event, with 1000 drivers going toe-to-toe across six grids.

Phew! Okay, yes, that’s a lot of numbers to get your head around. And we haven’t even started on the results yet. In Group C for instance, the first time the turbocharged monsters had been given their own race at the Le Mans Classic, 12 Porsche 962Cs – the most entries from a single manufacturer in the 40-car field – would do battle against an all-conquering Mercedes C11, two Lancia LC2s, a loan Nissan R90 CK, and an XJR-16 Jaguar duo among others. Inconceivable as it is that a Porsche 962C would lose at Le Mans, victory ultimately going to a 1989 Spice SE89C by more than a minute. Certainly not the first taste of success Spice Engineering has had at La Sarthe, the British team losing only two categories wins from 1985 to 1991. 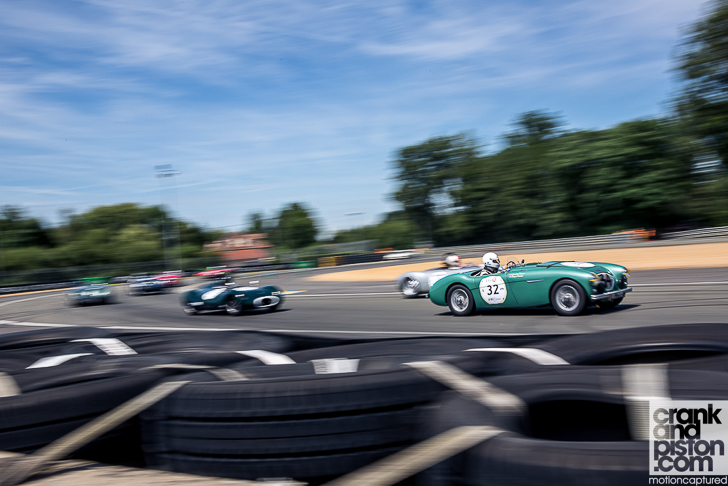 Competition meanwhile was tighter in the Jaguar Classic Challenge, with more than 60 E-Types, D-Types, C-Types and XKs forming the grid, a ’62 and a ‘65 E-Type ultimately locked out a 1-2 after rubbing hideously expensive door mirrors for 11 laps. In third meanwhile was another little slice of history, with 1988 Le Mans winner Andy Wallace piloting the very D-Type Mike Hawthorn and Ivor Bueb had taken to victory road at La Sarthe in 1955.