The XC40 is actually a decent steer, chassis delivers good blend of agility and comfort, while petrol engines are punchy if characterless 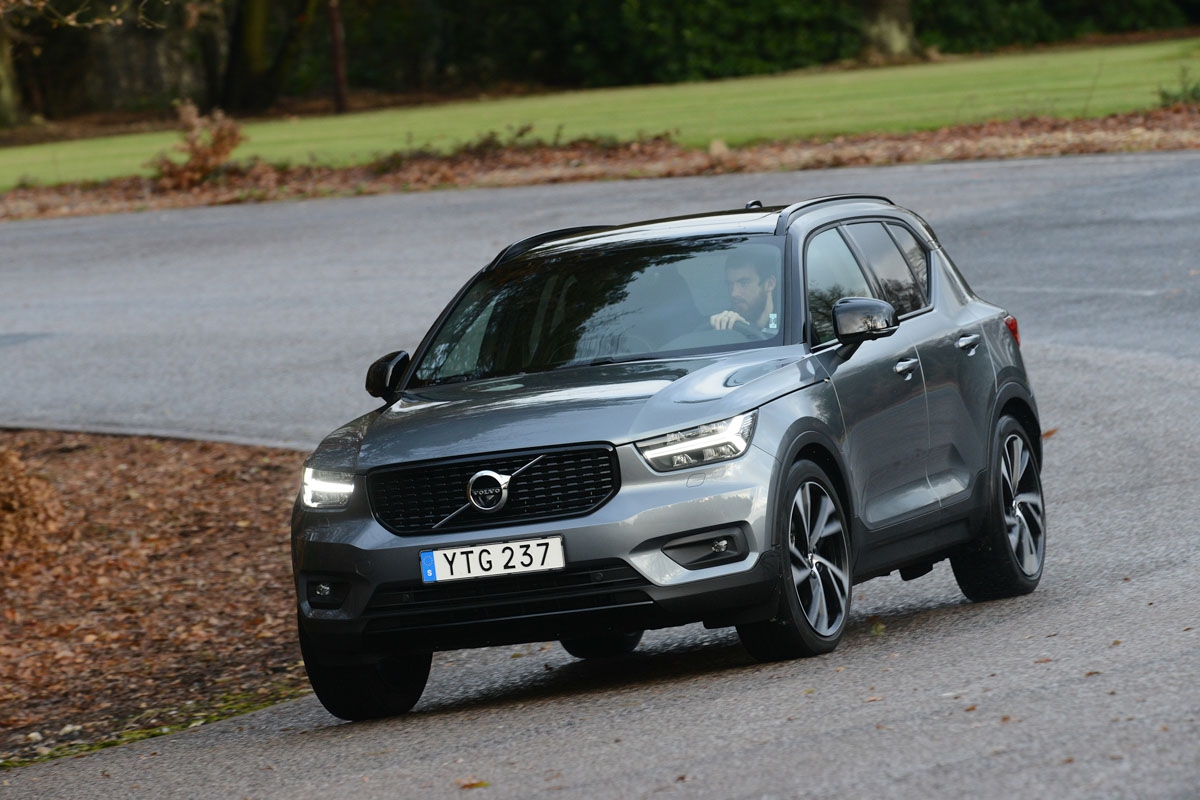 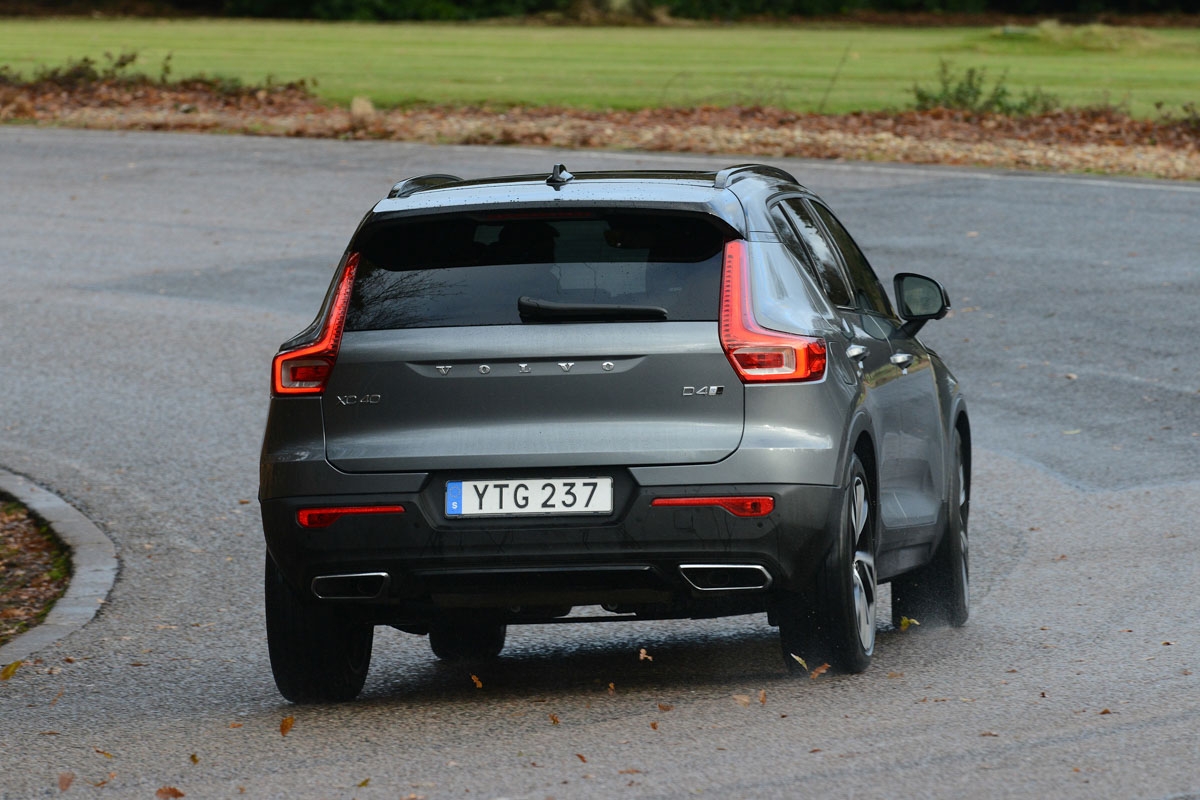 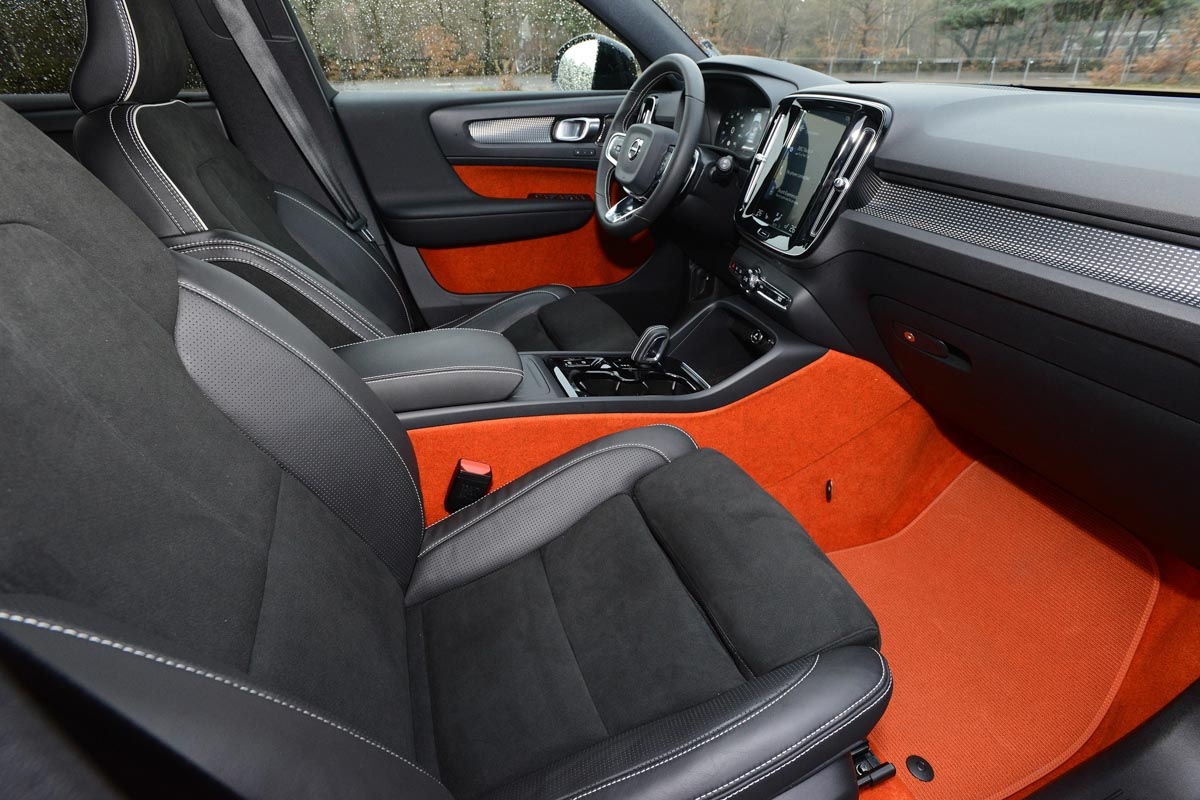 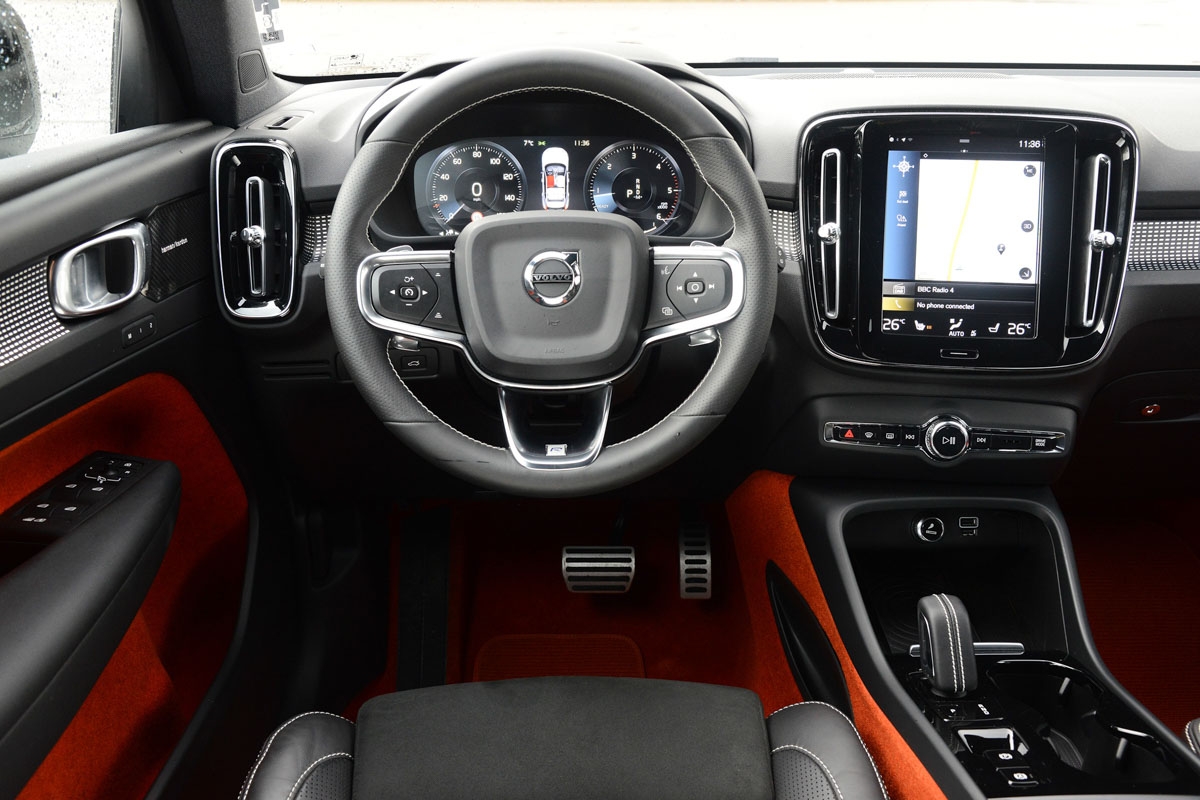 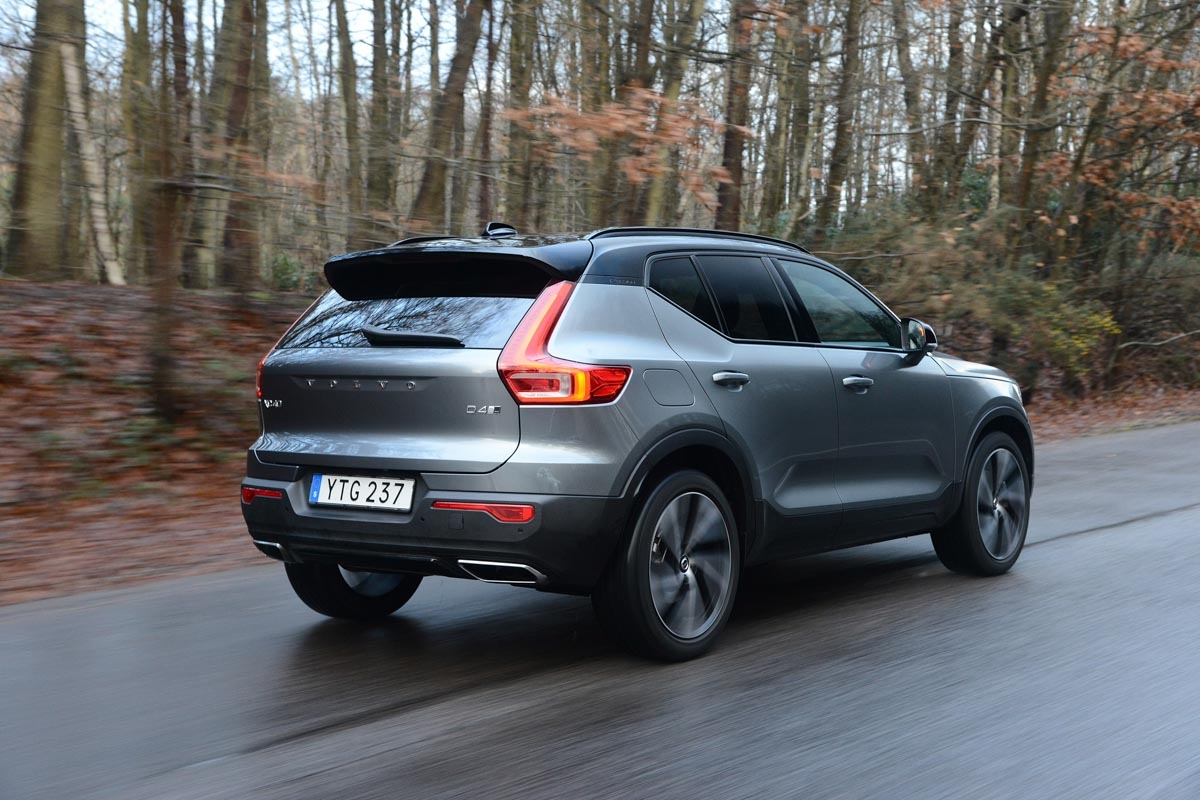 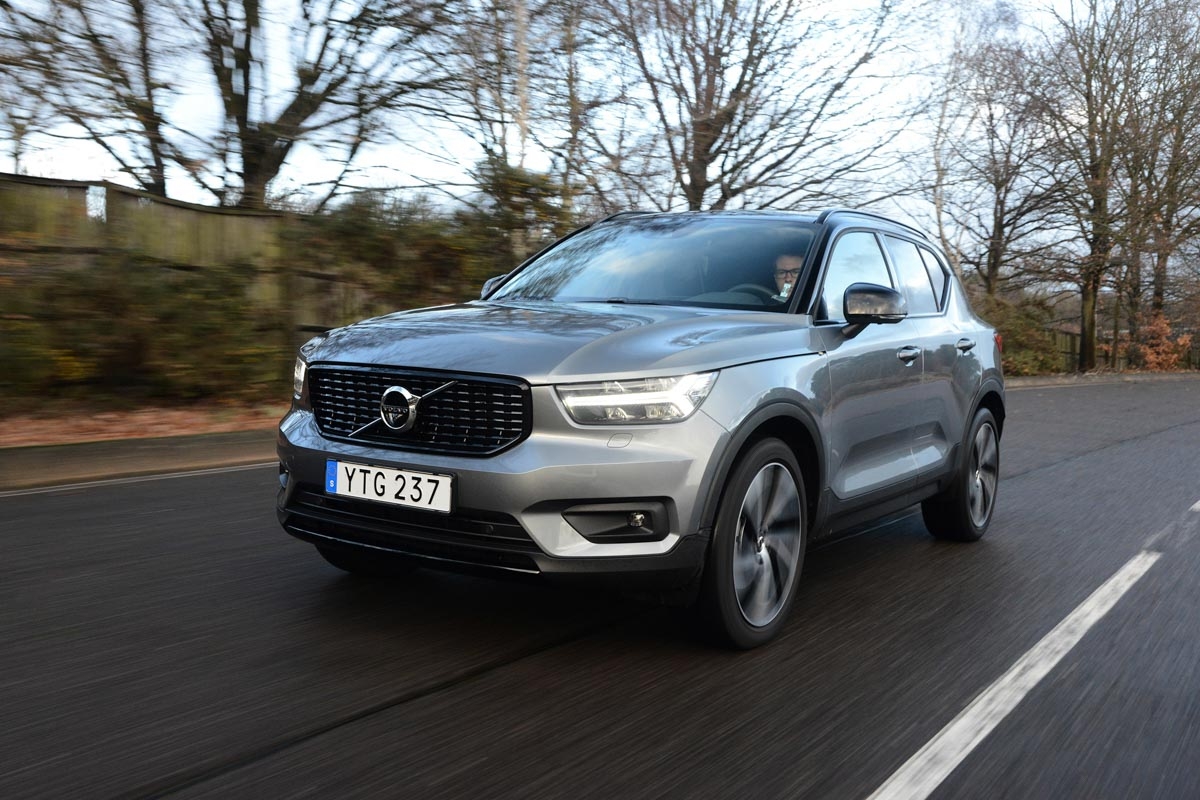 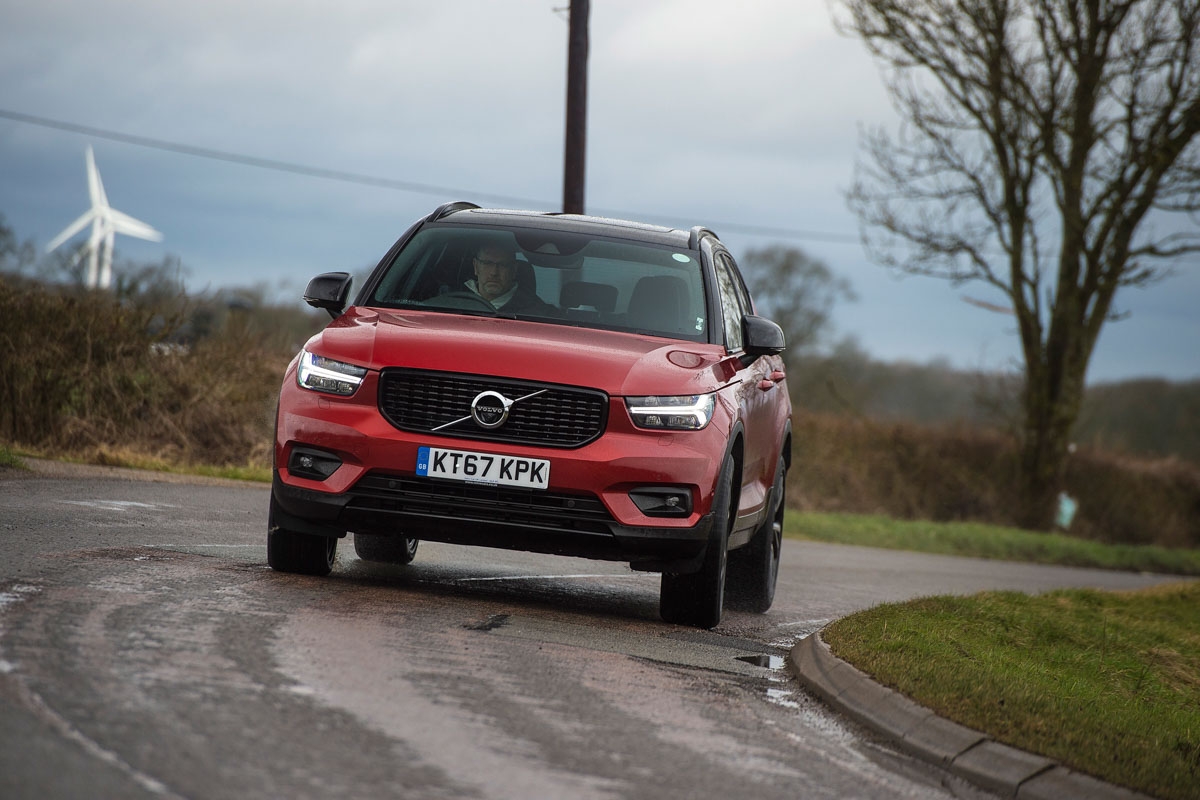 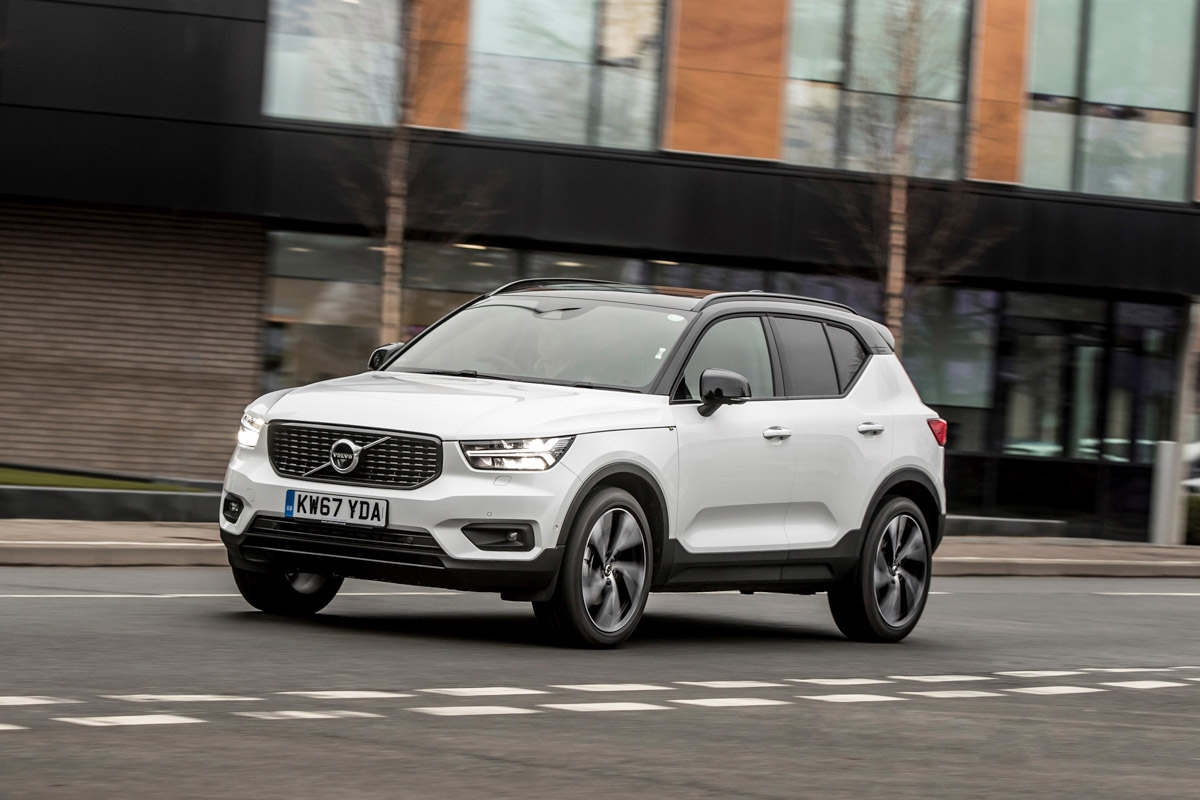 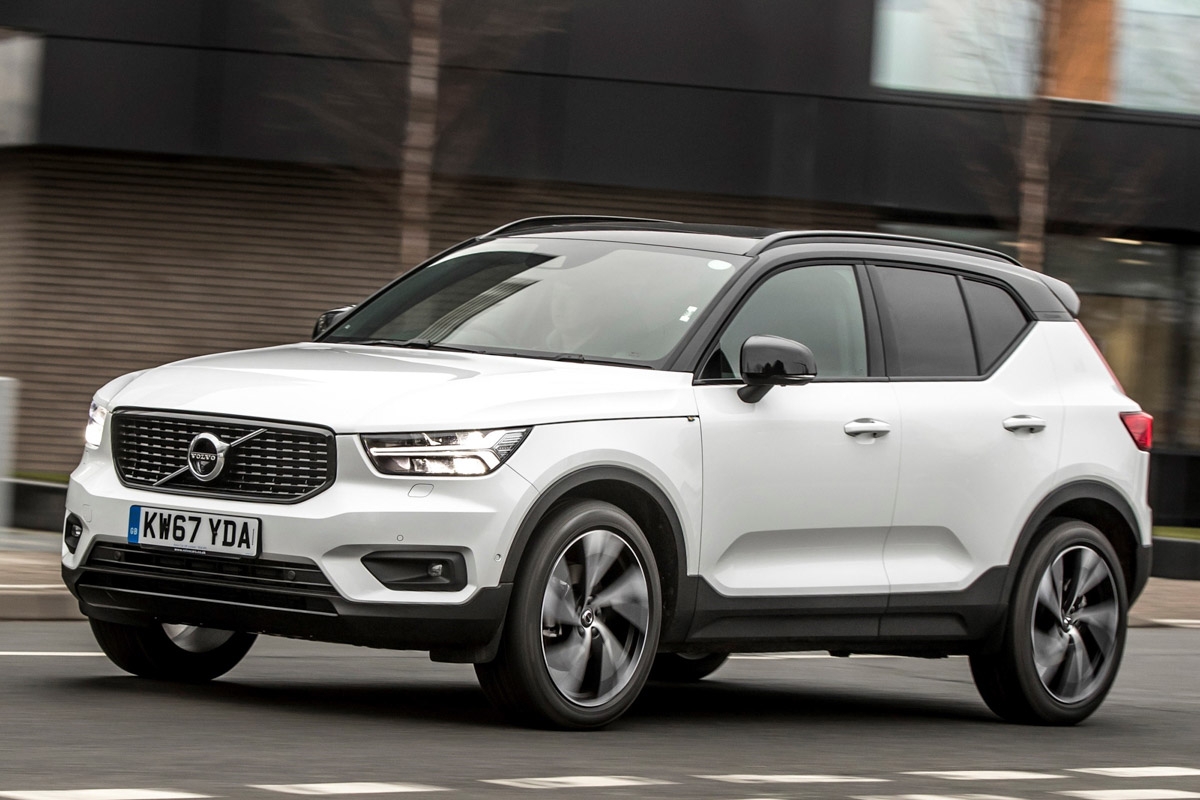 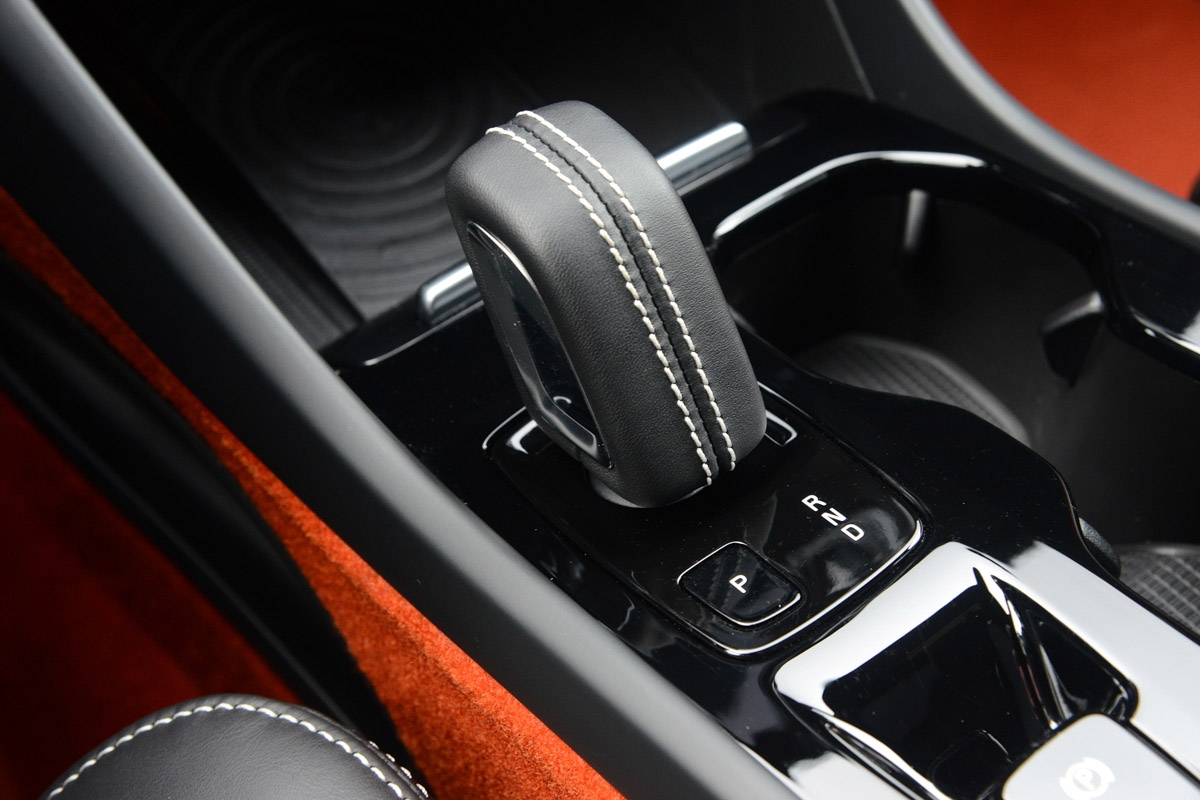 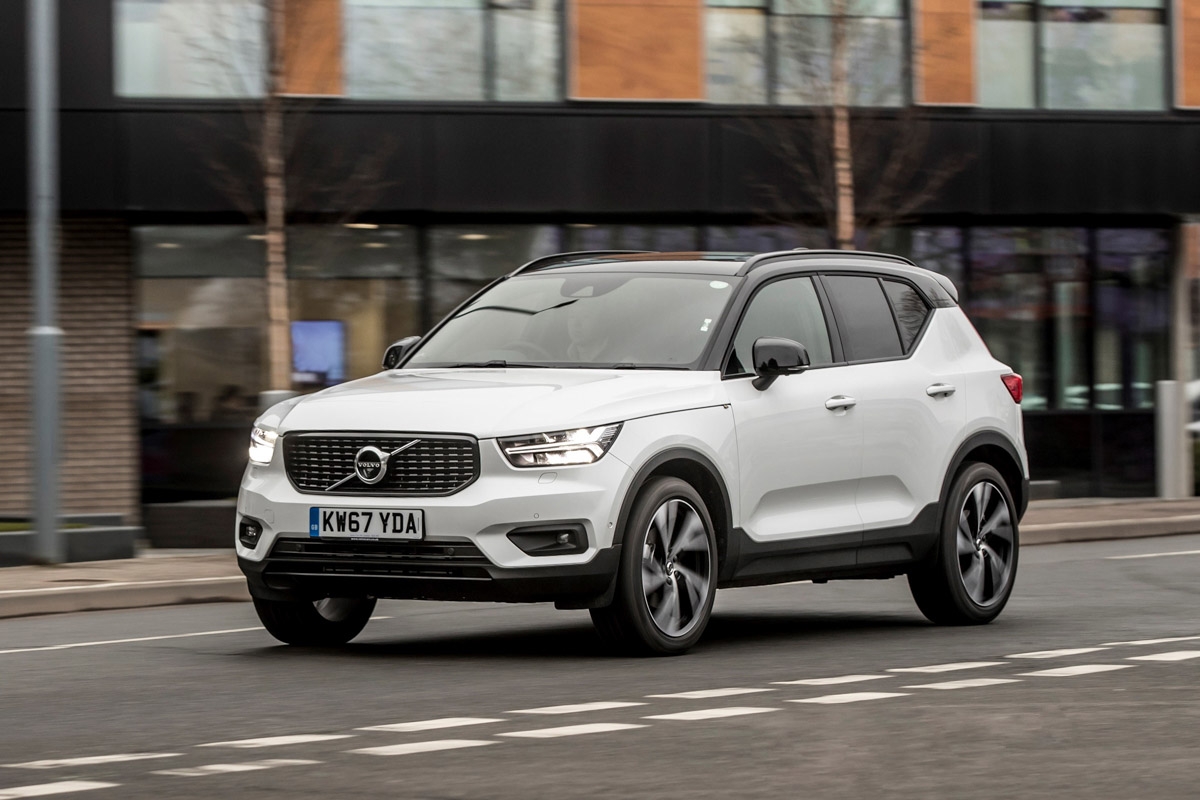 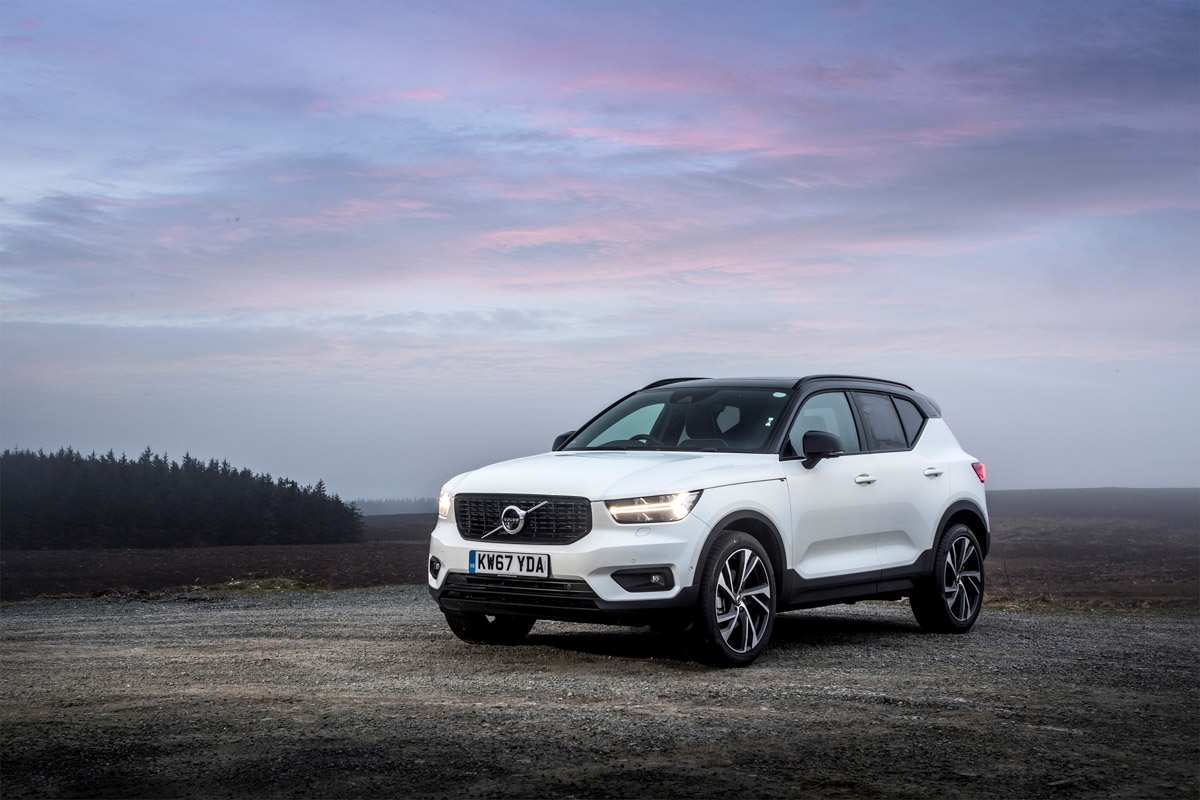 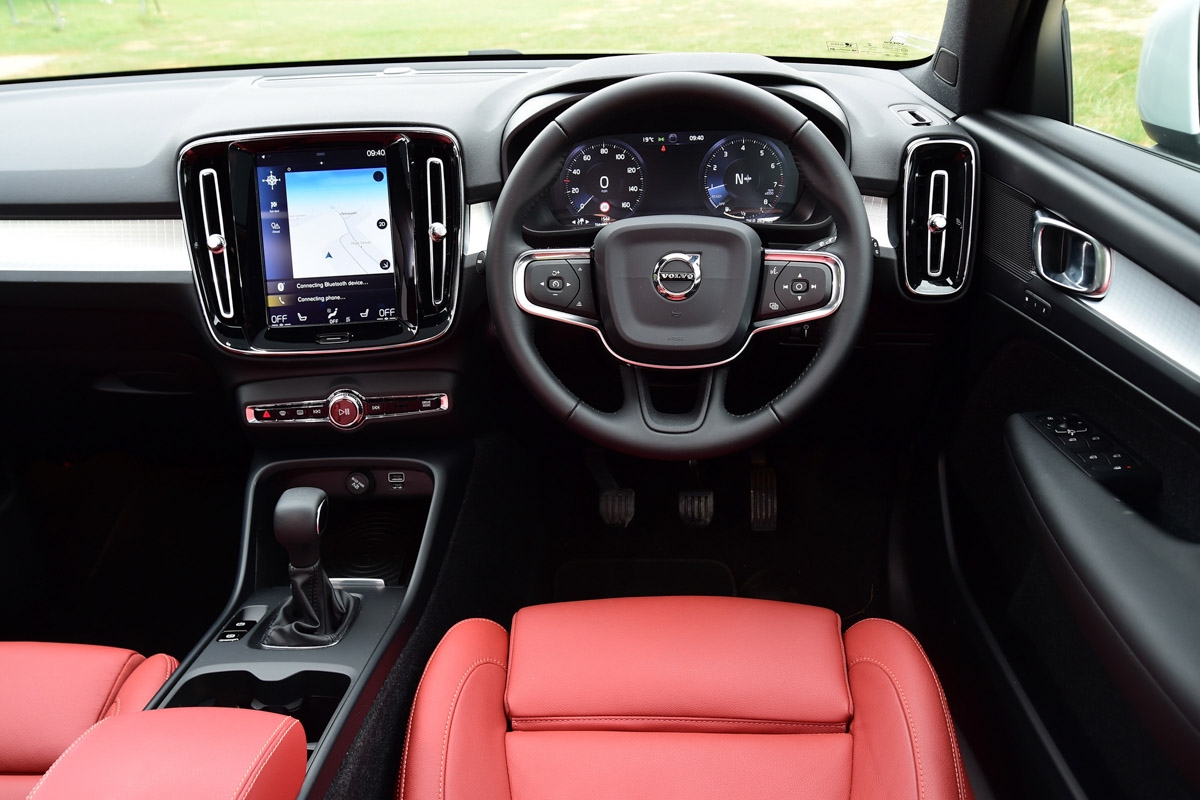 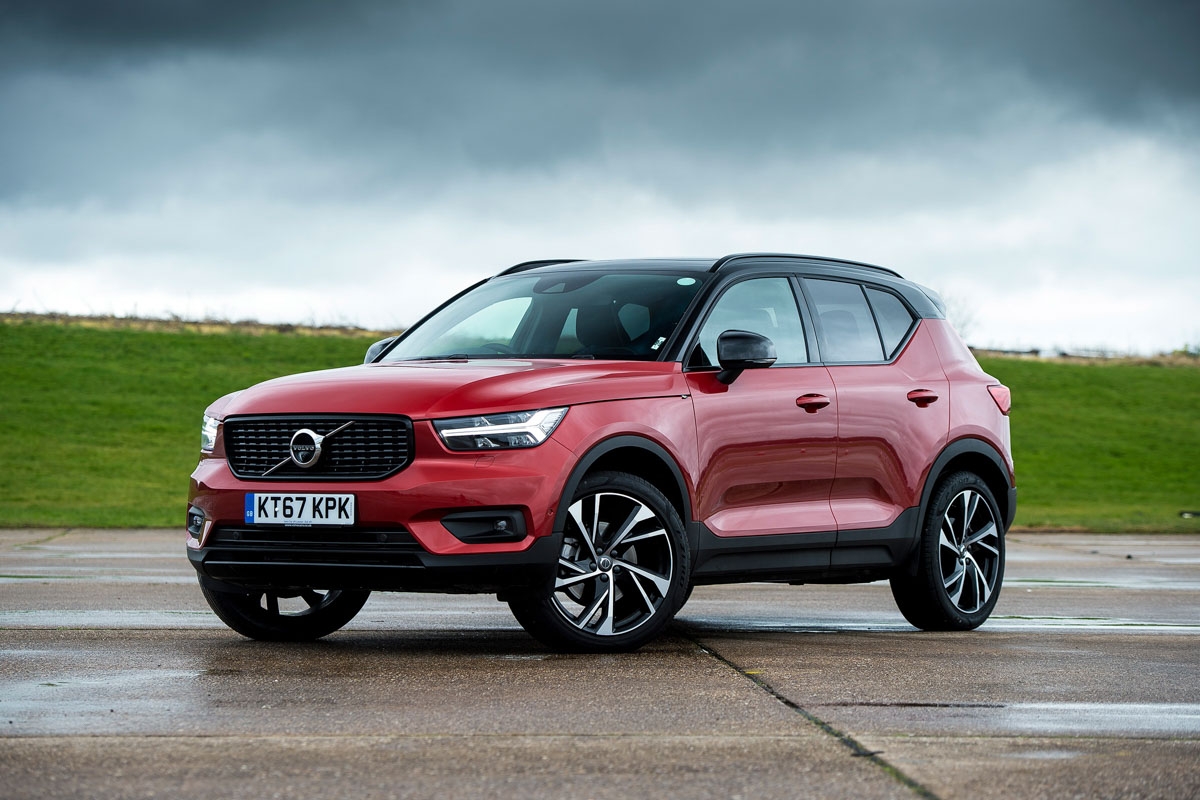 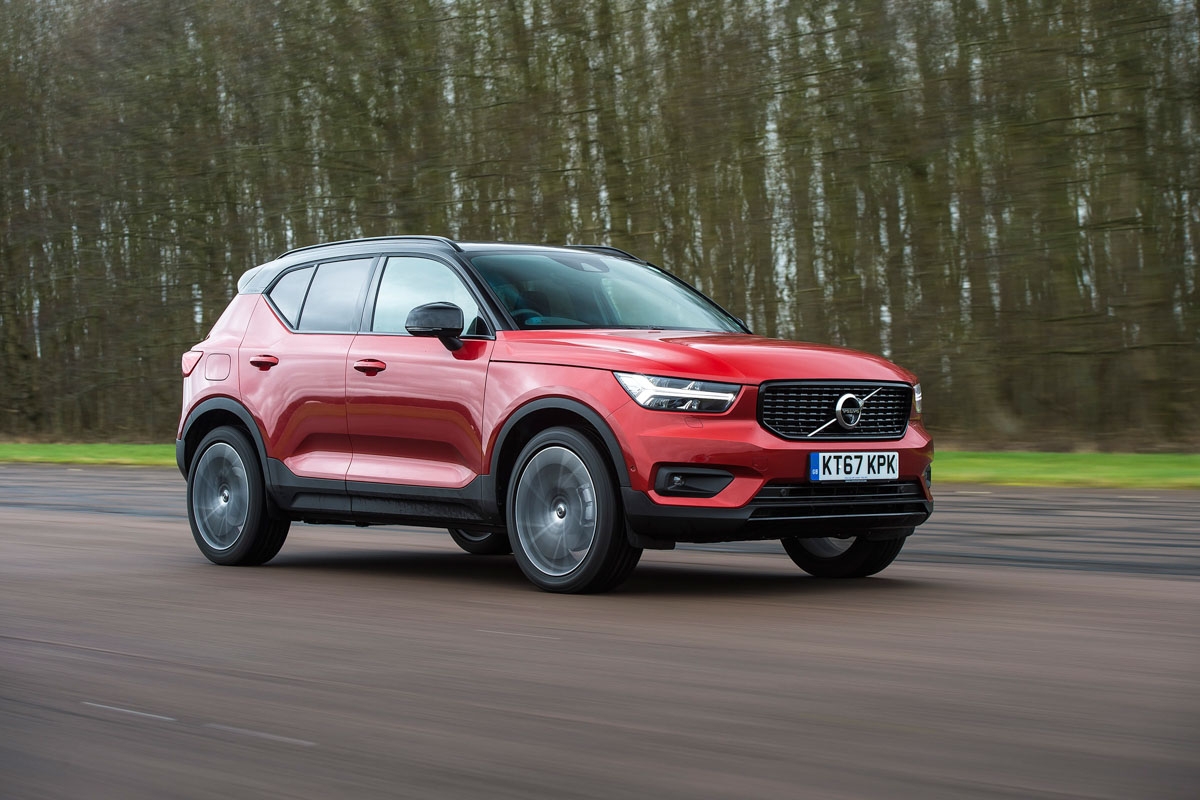 Like it or not, the SUV and crossover are a big part of the motoring landscape these days, so it’s no surprise Volvo is cashing in with its compact XC40. Slotting in beneath the vast XC90 seven-seater and BMW X3-rivalling XC60, the XC40 has cars such as the BMW X2, Audi Q3 and Mercedes GLA firmly in its sights. Intended as a more engaging and sporty addition to the line-up, the Volvo promises to be the sort of car that can slip into the everyday grind while adding a bit of spice when the situation demands. It’s an ambitious claim for a machine that effectively follows the template of a high-riding and heavyweight off-roader, but in reality the XC40 comes very close to nailing its brief – few crossovers are as accomplished on the road.

There’s a wide range of petrol and diesel engines to choose from, including Volvo’s recently launched three-cylinder units. Pick of the bunch for performance is the T5, which is the most powerful version of the turbocharged 2-litre four-cylinder that also serves in the T4. The diesels are frugal and refined enough, but in a car of this size the appeal of petrol is harder to ignore.

Of more interest is the chassis, which does a fine job of treading the line between agility and everyday comfort. The light steering is nothing to write home about and there’s noticeable roll, but it responds quickly and is more poised than you’d expect, plus it rides deftly when all you want to do is cruise. Then factor in the car’s handsome lines and an interior that’s a cut above the Germans for style and pretty much matches them for execution. It’s fairly roomy and practical, as well, helping make the XC40 a decent option for those forced down the SUV route.

Entry point to the XC40 is $36,220, which buys you the entry-level two-wheel-drive T3 Momentum model with a manual gearbox. At the other end of the scale is the $49,355 (deep breath) T5 AWD Automatic Inscription Pro. However, be aware that indiscriminate plundering of the options list can see the price of these flagship models swell to an eye-watering $65,600 in a matter of a few ticks. Yikes!

Still, given the list of standard kit there shouldn’t be too much need to add extras as even basic Momentum models get all the kit you’re likely to need, including climate control, satnav, a nine-inch portrait-style infotainment screen, LED headlamps and more driver aids than you can shake a EuroNCAP five-star-rated stick at. R-Design models add some sporty styling cues, a ‘sports’ chassis, part-leather trim and configurable ambient lighting for the cabin among other things, while the Inscription brings full-leather trim and a whole host of extra convenience features, such as powered seats. All trim levels can be enhanced with the addition of the $2030 Pro pack that bundles together desirable extras such as heated seats and windscreen, adaptive LED lights, powerfold mirrors and powered seats.

In terms of price, purpose and perceived prestige appeal the challengingly styled BMW X2 is arguably the Volvo’s closest rival. Prices start a little higher at $41,310, but there’s a similar choice of petrol and diesel engines, plus two or four-wheel-drive options. Strangely, a manual gearbox is only available with the entry-level 18d diesel variant, with all other versions getting a six-speed auto. The less said about the fact the two-wheel sDrive versions send their power to the front wheels the better.

Another option is the Audi Q3, which is getting on a bit now and not far from replacement with the recently revealed all-new model, although that does mean there are likely deals to be done. Prices start at $36,620 and rise to $50.14. It’s been around for six years now, but the Q3 still feels relatively composed on the road, a firm ride the trade-off for reasonably precise handling. It’s inside that the car suffers, because while the interior is well built from quality materials it feels a generation or two behind recent Audi products in terms of technology and packaging. The engine line-up is limited to a pair of TFSI petrols (a 148bhp 1.4-litre and 177bhp 2-litre), plus a 2-litre TDI with either 148bhp or 181bhp. Sadly, the turbocharged 2.5-litre five-cylinder RSQ3 was dropped from the range a while ago.

Apart from the range-topping T5, the performance potential of the XC40 is best described as adequate. Slowest of the bunch is the 148bhp D3 AWD, which comes as standard with an auto gearbox and will need 10.4sec to go from standstill to 100kph. Sticking with front-wheel drive chops two-tenths off this time, while the six-speed manual will just dip under 10.0sec. Swiftest of the diesels is the D4, which is four-wheel drive and eight-speed auto only. The dash from 0-100kph takes a claimed 7.9sec, while the top speed is a heady 209kph. That said, all feel reasonably brisk on the road thanks to thumping mid-range torque (236lb ft for the D3 and 295lb ft for the D4) delivered at just 1750rpm.

Volvo has ditched a complicated line-up of bespoke engines in favour of a BMW-style modular approach, spinning three and four-cylinder petrols and diesels off the same basic block. The entry-level three-cylinder is a pleasant enough unit, spinning sweetly and relishing hard work. It’s mated to a six-speed manual that’s precise enough, if a little notchy in operation.

All the diesels are essentially the same 2-litre capacity with varying power and torque outputs. They’re reasonably refined, thanks in part to decent sound insulation, and pull strongly in the mid-ranges, making them a strong companion for the eight-speed auto, which shifts up early to make maximum use of the engine’s twist. So effective are these units at low to medium revs that there’s no real point in working them hard, not least because the four-cylinder becomes strained.

In many respects, the torquey four-cylinder petrols behave much like the diesels, preferring to do their work in the mid-ranges rather than chasing the red line. The T4 is a respectable performer, while the T5 can set a pace that’s close to that of a warm hatch, even if its drones a bit and doesn’t really relish hard work. Perhaps the biggest disappointment is that with a T5 badge on the boot you expect the warbling, syncopated war cry made famous by that angular hotshoe the 850, but instead are treated to an anodyne, generic four-pot backbeat.   Of the gearbox choices the smooth eight-speed auto is probably best suited to the XC40, shifting slickly in auto mode and responding promptly if a little jerkily when using the manual mode.

While the engines just about pass muster, the rest of the XC40’s dynamic repertoire is rather more impressive. Volvo aimed to give its compact crossover a more engaging nature than most, albeit not at the expense of comfort and refinement. Overall, it’s job done, the XC40 keeping you entertained enough for what is essentially a family hack.

The steering is quick and it’s connected to a front axle that bites harder than you expect, while the rear end is keen to get in on the action, delivering the lovely sensation of the car pivoting around your hips. It’s surprisingly agile for such a high-riding machine and you can cover ground at a surprising lick – some hot hatches will be humbled. Of course there’s some roll and big undulations result in a little float as the suspension struggles to contain the masses, but the optional $1040 adaptive dampers do a decent job of keeping the body in check most of the time, and we’d recommend making this option one you should tick without hesitation.

The rest of the time the XC40 is a relaxed and relaxing way to get about, the supple ride and strong refinement taking the sting out of daily duties. Factor in those hugely supportive seats and there are few cars more comfortable for the long-haul trips.

If you’re looking purely at the numbers then the diesel versions look to be the most cost-effective to run. Regardless of power output or transmission they all claim to return in excess of 5.6L/100km on the combined cycle, while low CO2 emissions make them a relatively attractive choice as a company car. And yet the emissions aren’t that much lower than the petrols, which even in T5 guise return nearly 7.1L/100km (the manual T3 on the smallest 18-inch alloys promises to crack 6.3L/100km). As a result, there’s not much incentive to go diesel, unless of course you crack the 20-odd thousand kilometres annual threshold where the extra cost of buying a diesel and its pricier fuel are offset by its greater efficiency. You certainly won’t make any savings on road fund licence, with all cars costing the same to tax regardless of engine.

On the plus side, the XC40’s early popularity with buyers mean’ that residuals are strong and should remain so for the next few years. Servicing costs are also reasonable, with Volvo offering various pre-paid options and long-life intervals.

This is the area where Volvo has come on leaps and bounds in the last few years – and the XC40 is the latest example of its design confidence. Taking a typically Swedish minimalist approach, the cabin of the Volvo is refreshingly clean and modern in its design, with plenty of light wood and leather finishes helping to give a bright and airy feel. This is backed up by the actual space available, with decent legroom for those in the back and a useful 460-litre boot, which places it somewhere between mainstream family hatches such as the Golf and more spacious models like the Skoda Superb.

The dashboard is logically laid out and is dominated by the 9-inch tablet-style infotainment screen housed in the centre console. Featuring intuitive swipe and pinch functionality it controls all of the car’s major systems, from hi-fi and satnav to the numerous electronic safety aids. Speaking of which…

As you’d expect from Volvo, the XC40 is crammed full of the latest cutting-edge kit, such as adaptive cruise control, autonomous emergency braking, lane departure warning and lane keep assist. There’s also the run-off-road systems that sense you’re about to leave the road and prime the car by pulling the seatbelts tight and closing any windows and the sunroof. On top of this little lot is the Pilot assist ($2130 or $2000 depending on model), which can brake, accelerate and steer the car at speeds of up to 128kph – although you still have to keep your hands on the wheel at all times.

Bluff-fronted SUVs are probably not your thing, but as far as these things go the Volvo is a fairly handsome effort. Short front and rear overhangs give it a purposeful stance, while a kick in the C-pillar adds some extra interest. Integrated silver roof rails and mock skid plates front and rear give off all the right ‘lifestyle’ messages, but in all honesty the furthest an XC40 will ever travel off-road is when the driver nudges it onto the pavement when parked up on the school run. Momentum models get 18-inch alloys as standard, while 19-, 20- and 21-inch rims can be added at extra cost. For the most aggressive look you need to opt for the R-Design model that gets a subtle bodykit and some interior enhancements, such as metal-finished pedals.

Visual upgrades are limited to those larger wheels and a choice of contrasting roof colours – although the palette is limited to black or white, with the former looking a little gaudy. In fairness, the handsome and neatly detailed XC40 doesn’t really need these gimmicks, being better suited to darker colours that help disguise its bulk a little. 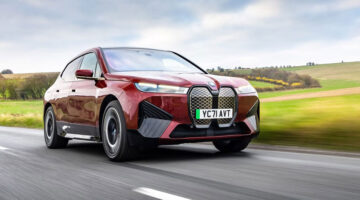