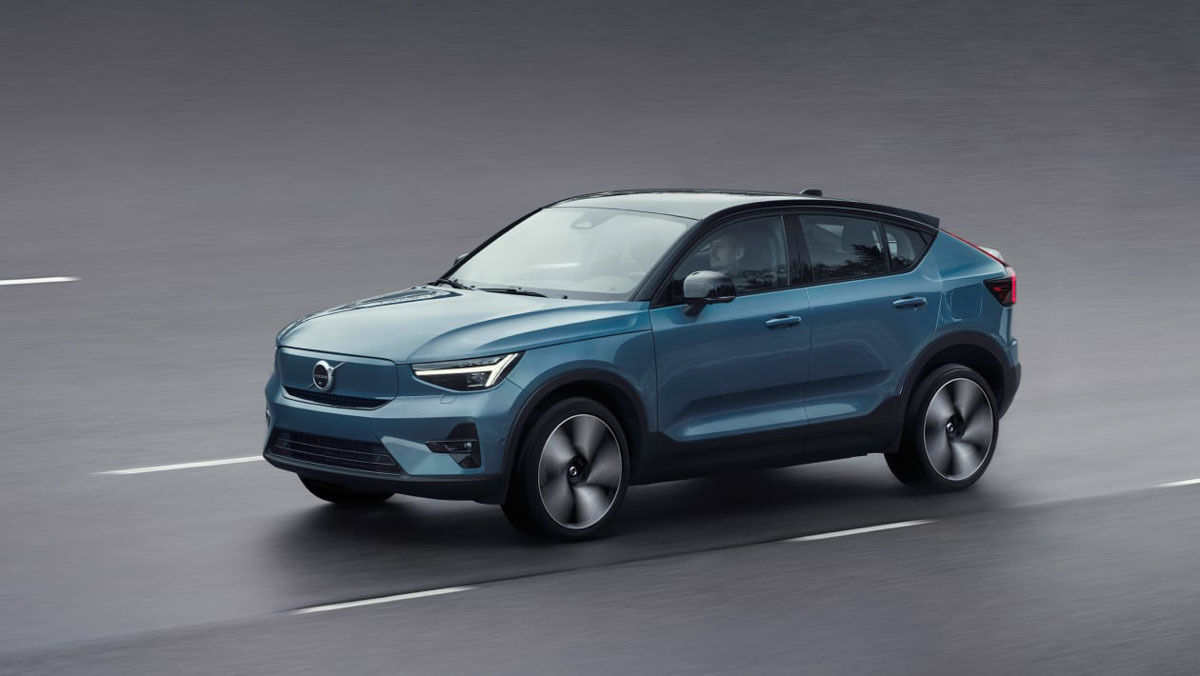 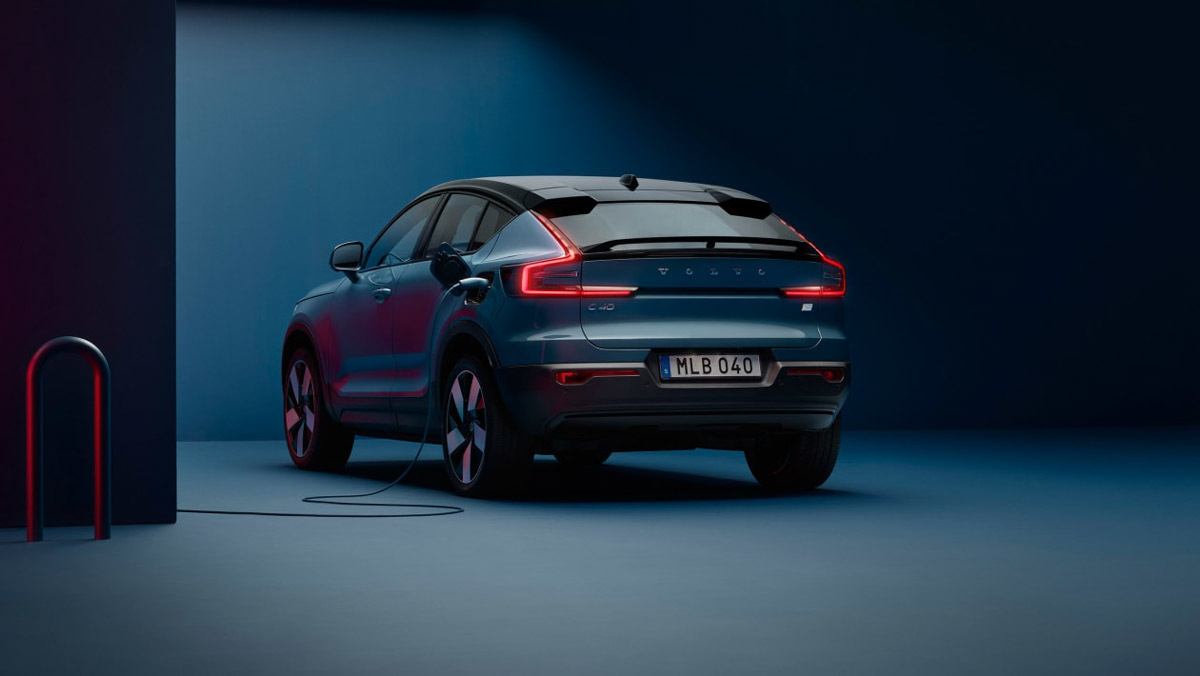 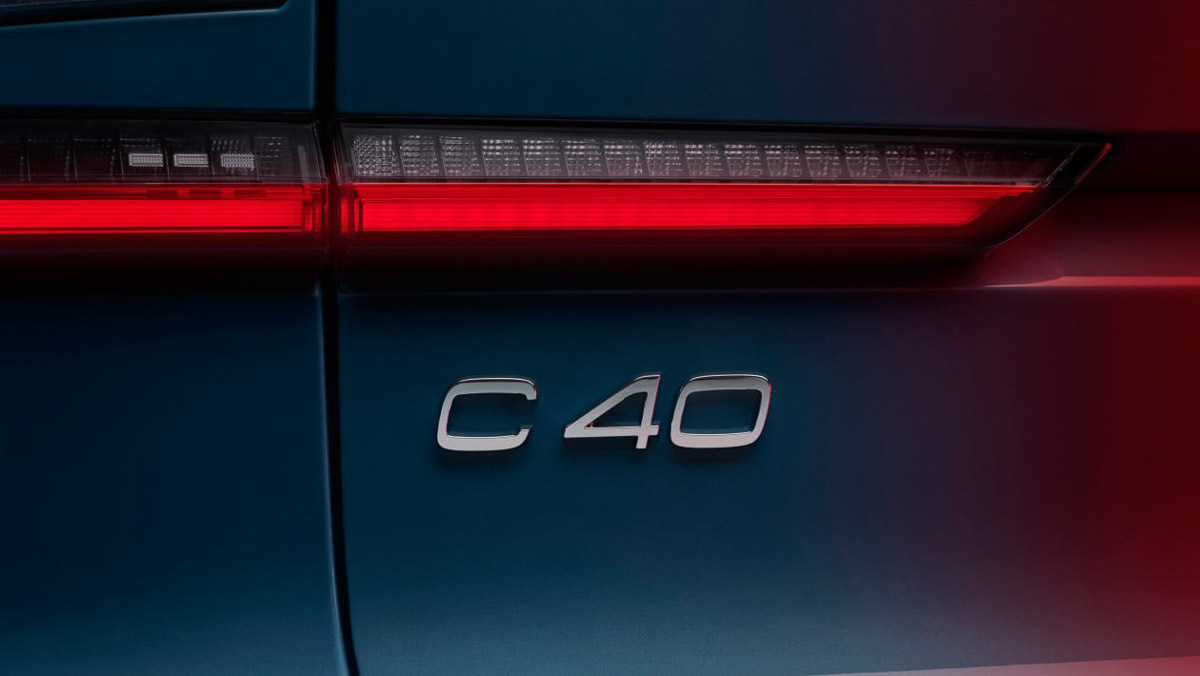 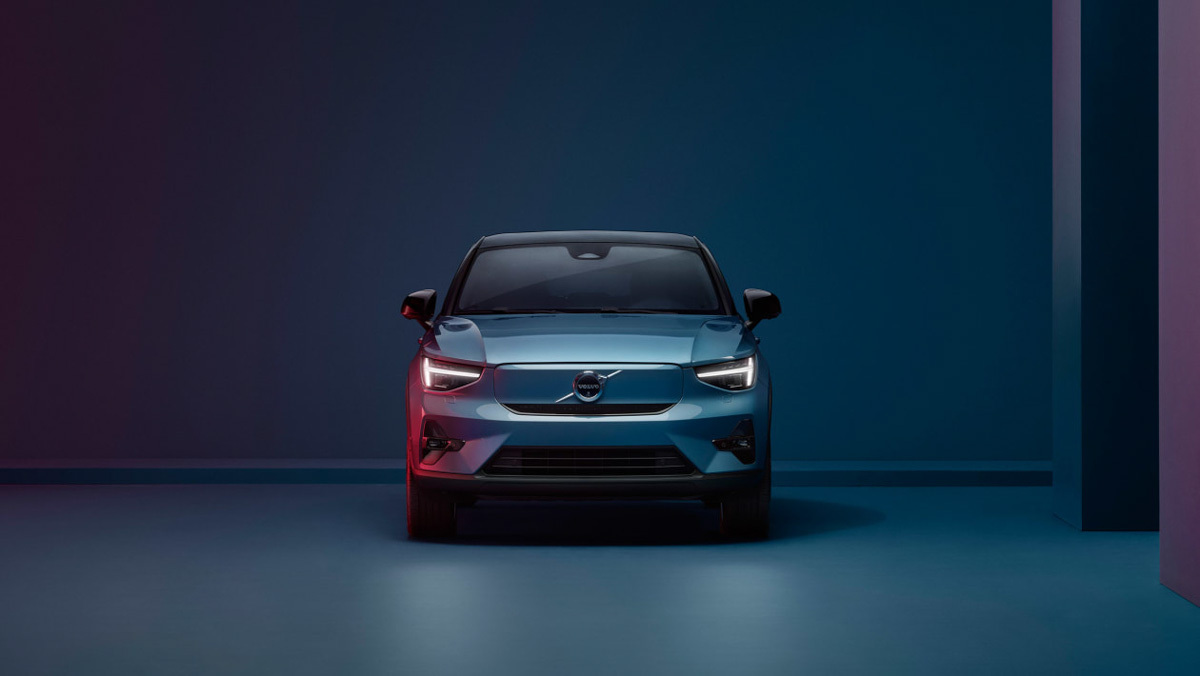 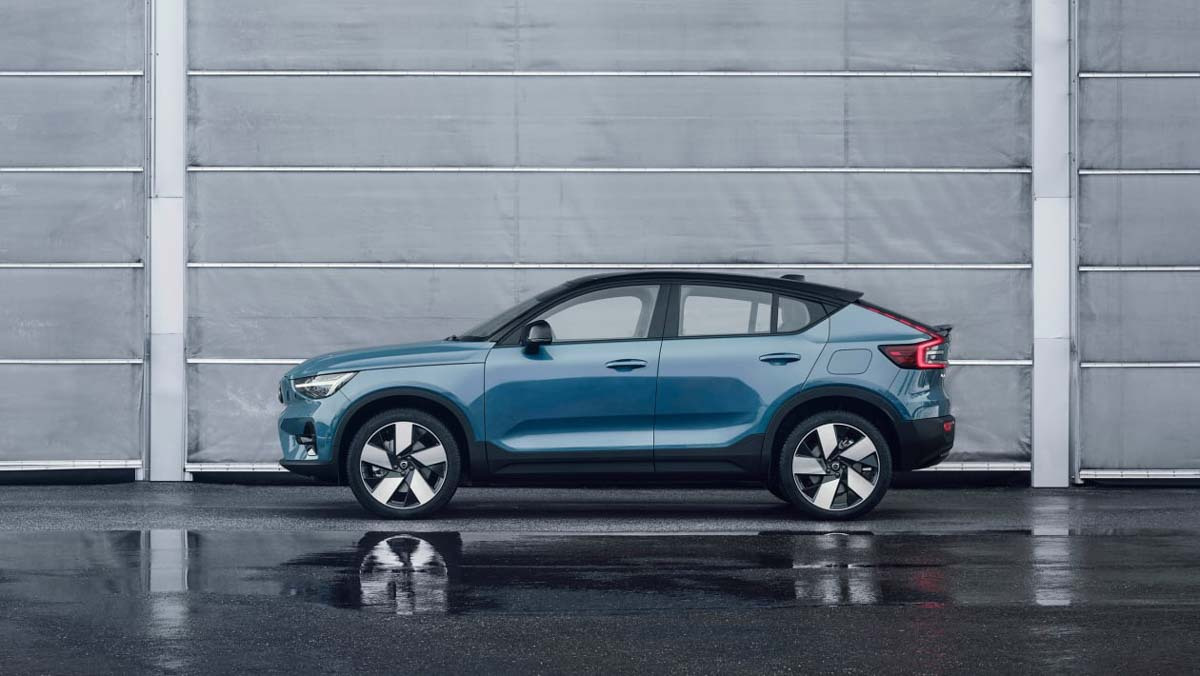 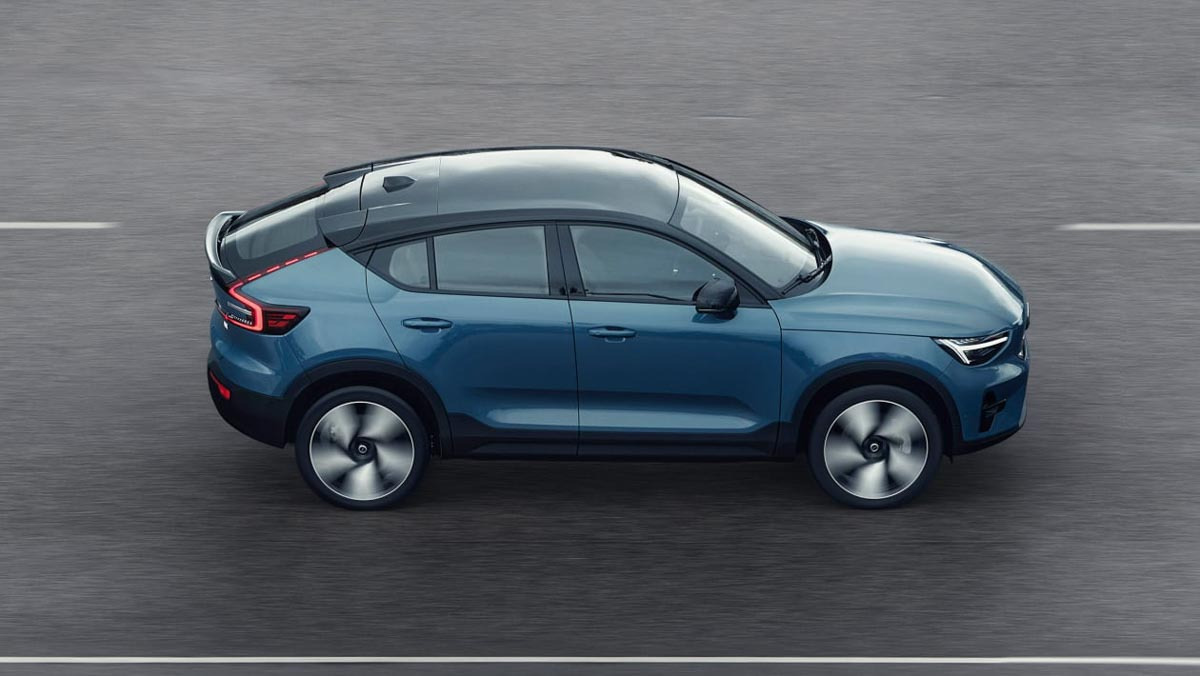 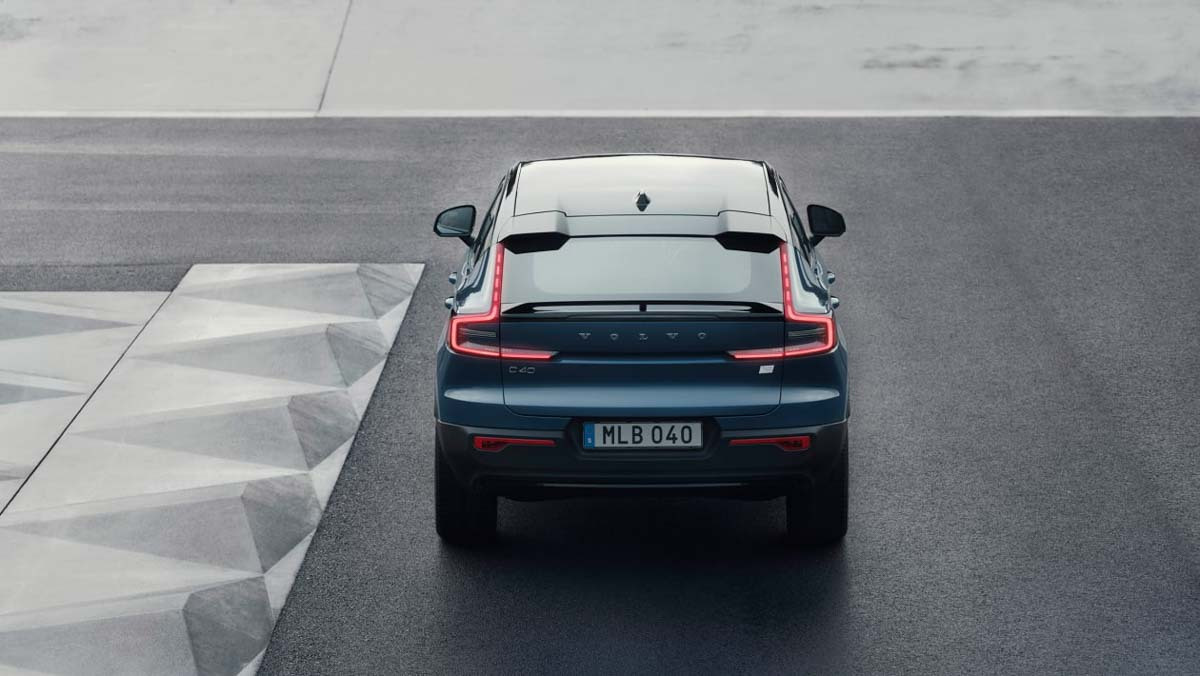 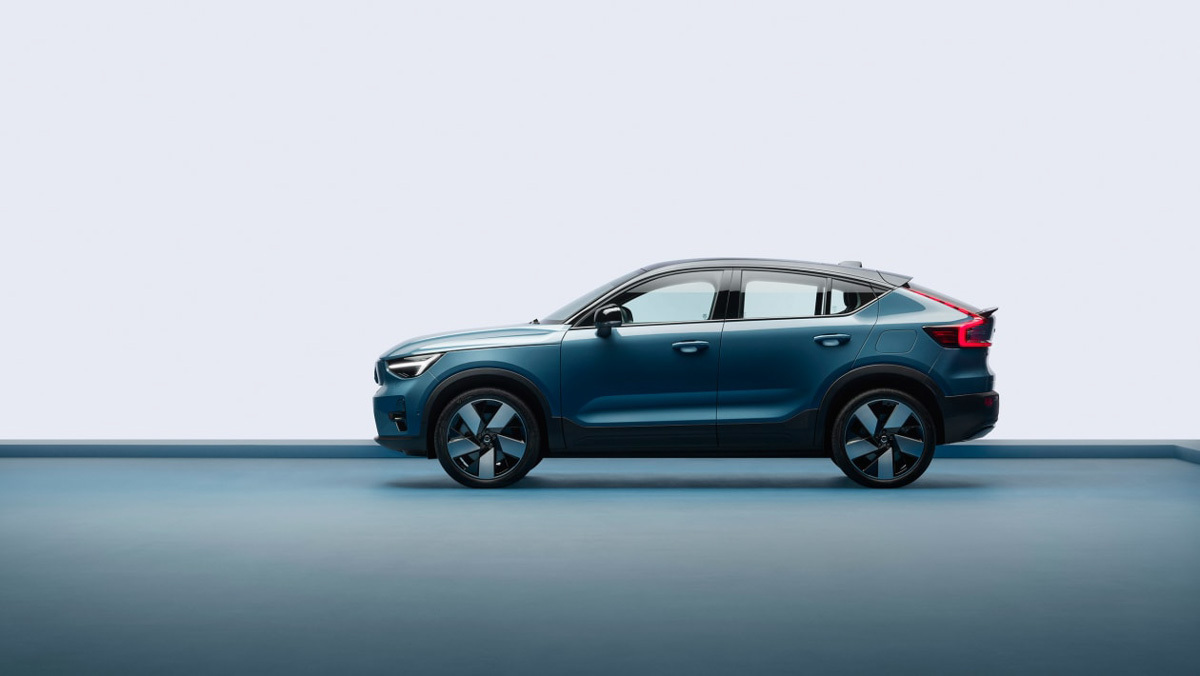 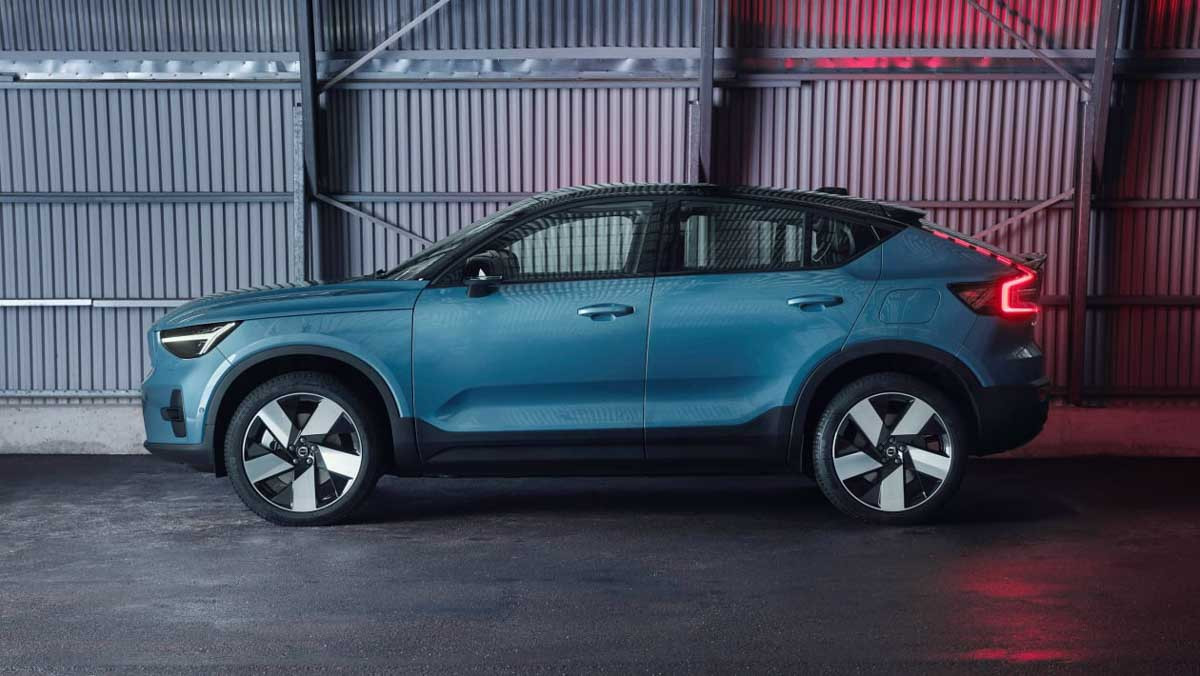 This is the Volvo C40 Recharge, a new all-electric crossover based on the XC40 SUV and rival to premium electric cars like the Tesla Model 3 and Polestar 2. Despite debuting as Volvo’s first all-electric model, the C40 borrows many of its components from its mainstream SUV sibling, combining the same basic body, interior and chassis with a sloping roofline and new styling elements.

As with the XC40, the C40 is based on Volvo’s CMA platform which was designed from the outset to support internal combustion, plug-in hybrid or electric powertrains. In the C40, though, Volvo will only utilise the EV powertrain, which is already available in the all-electric XC40 P8 and Polestar 2.

The powertrain itself consists of two electric motors, one on each axle, with a combined output of 402bhp and a peak torque of 487lb ft. These motors draw power from a 78kWh battery pack, giving the C40 a 0-62mph time of 4.9sec, which is 0.2sec down on the Polestar. As is usual with electric cars the C40 is a heavy beast, weighing in at 2185kg despite having a footprint on the road not much bigger than a Ford Focus.

On the European WLTP cycle total EV range is projected at 260 miles, and it has a charging capability of up to 150kW, which Volvo says will charge the battery pack to 80 percent capacity in 40 minutes.

What this C40 is aiming to appeal to compared with its more practical sibling, though, is style, something that Volvo in general have executed well in the last decade or so. The C40 has a very different silhouette to its boxy sibling, swapping the flat and tall roofline for one that slopes down towards the tail. From the b-pillar forward the C40 is almost identical to the XC40, but at the rear the new tailgate and rear lights create a more dramatic aesthetic, previewing future Volvo models with fresh elements like the broken LED strips up the tailgate edge.

The C40 will go into production this Autumn, but specific timing for right-hand drive deliveries are still to be confirmed. This new model also comes alongside news of Volvo’s intention to become a 100 percent electric brand by 2030, making this C40 just the start of another big product push that is due to quickly gain momentum.