This is Volkswagen’s idea of the future. It’s the $151,000 XL1; rear-wheel drive, light weight and made entirely from carbonfibre. It’s very interesting indeed.

I’m sitting low down, behind a small, non-power-assisted steering wheel, in a lightweight two-seater built almost entirely of carbonfibre. Volkswagen says that its new XL1 is all about fuel efficiency and saving the planet, but I can’t help feeling like it has plenty of the ingredients necessary for a fantastic sports car.

The XL1 is the culmination of more than a decade of work, albeit interrupted in the middle, and shows off what Volkswagen thinks will be useful technologies to include in its future, more mainstream models. Although the XL1 looks like a concept car it’s actually going into production in small numbers. Some 200 will roll off the former Karmann production line and make their way to early adopters, mostly in Europe. The small run is to maintain exclusivity and justify the price – at $151,000, it’s pretty pricey.

The XL1 is in the middle of a world tour, showing off Volkswagen’s cleverness, and we’ve got a day with it during its Middle Eastern tour. The day starts at Volkswagen HQ, next to Dubai airport, and an introduction from Andreas Keller, one of the team that’s worked on the car since its inception way, way back in 1999.

Originally, Andreas tells me, the aim was merely to produce a research vehicle, a technical exercise that strived to create a car capable of returning a fuel economy of 1L/100km of fuel. For the next three years, the team developed a prototype, but then in 2002 there was a changing of the guard in the Volkswagen boardroom and the project was mothballed. Until 2007 anyway, when another change prompted the covers to be whipped off and work restarted. By this point, the automotive landscape had changed, as had technological availability and the price of various components. And it dawned on Volkswagen that perhaps this concept could make production. The car as it stood was presented at the Frankfurt Motor Show in 2007, and feedback gathered from potential customers. An overhaul followed.

“Back in 1999 carbonfibre was very expensive,” Andreas says. “The engine was different too – we started with a one-cylinder engine with eight horsepower, and the seating position was different. The car was only focused on how we could achieve 1L/100km.” 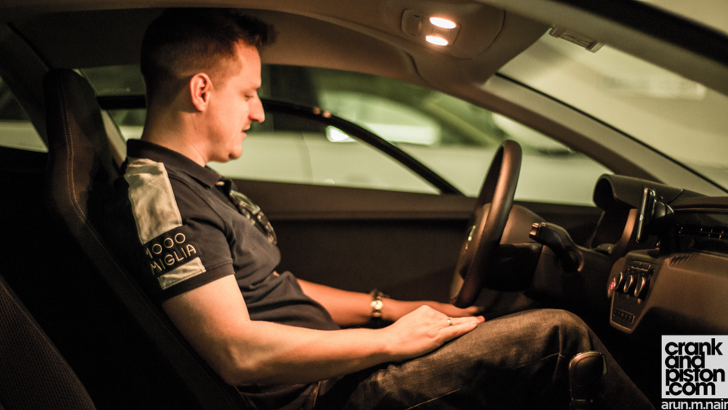 Customers weren’t keen on sacrificing all comfort in the pursuit of fuel economy, so tweaks had to be made. The seating layout went from tandem, driver in front of passenger, to an offset side-by-side layout, while the old one-pot diesel engine has been replaced by a plug-in hybrid powertrain, comprising an 800cc two-cylinder diesel – effectively a 1.6-litre four-pot cut in half, producing 47bhp. It’s mated to a 27bhp electric motor.  The whole unit, save for the battery, is mounted above the rear wheels, with a small luggage compartment behind. Quiz fans might be interested to know that the engine layout is the first of its kind since the original Beetle.

The power is sent to the rear wheels through Volkswagen’s acclaimed seven-speed DSG transmission, although the casing has been replaced with a magnesium version to save weight.

Ah yes, weight. Although a few concessions have been made to comfort, keeping off the kilograms is still of the utmost importance. The XL1 is built around a carbon monocoque, made by Carbo Tech, the same firm that builds the foundations for the McLaren. All the panels are carbonfibre too, and extra strengthening comes from aluminium beams. The tiny wheels are magnesium. The overall weight of the car is just 795kg.

As such, when we head to the VW car park to see it in person, the XL1 looks tiny. Its roof is barely at hip height, but it’s got presence. Volkswagen has grafted on an approximation of the current family face, again at the request of customers, but it’s still a very unusual design; wide at the front and narrowing at the back like a silverfish. The rear wheels are covered to reduce drag, and the wing mirrors have been ditched in the name of aero as well, replaced with small rear-facing cameras in the doors, the images of which are shown on small colour screens inside. 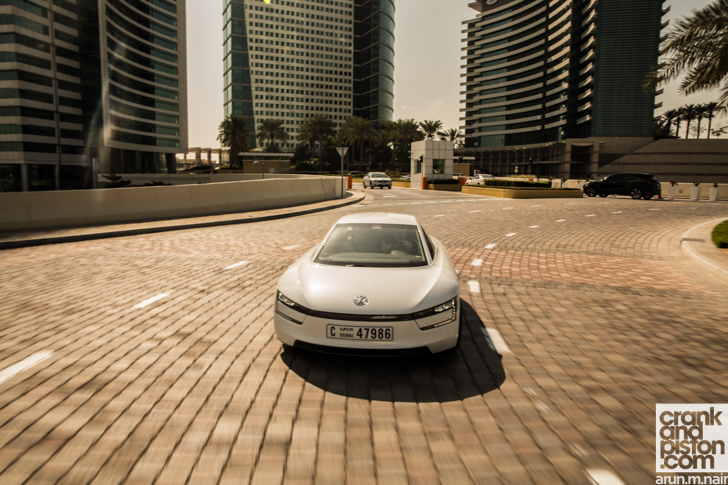 The interior is much more familiar Volkswagen, with much of the switchgear coming from other models. The air conditioning switches (added in the name of comfort again) come from a T5 van, while the removable Garmin infotainment screen is used in the European market up! city car. Only the steering wheel is bespoke – a small, narrow rimmed item unencumbered by buttons. It’s pleasantly ergonomic.

The seats, unsurprisingly, are also made from carbonfibre. They’re fixed back, which is initially a problem as I drop in through the gullwing doors and over the carbon sill. Being lanky of back, I’m too tall, which necessitates some shuffling around and eventually leaves me leaning back more than I would usually. Thankfully the steering column extends enough for it not to be too much of an issue.

Andreas wants to drive the car to start with, to show me the ropes, so I move around to the passenger side, and settle in slightly behind Andreas. This seat isn’t adjustable (such mechanisms add weight, you see), so I have to slump.

When the car’s lithium ion battery is more than 50 percent full, the car starts in full electric mode, signalled by an EV switch on the dashboard that lights up. Otherwise, it begins in hybrid mode with both the diesel engine and electric motor working in tandem. The battery is fully charged for our drive today, so when I press the start button, there’s a click, an electronic ding and a flurry of lights on the dashboard, but nothing else. The EV mode can be enabled at will.

We glide silently out of the car park, and for a couple of kilometres Andreas demonstrates the basics, which are largely as you would expect. A display on the screen shows where power is coming from and going to, and lets you keep an eye on battery usage. The XL1 can operate at up to 140kph in electric mode, but if you switch from D to S on the standard Volkswagen gear lever, it’ll run engine and electric motor in tandem. Likewise if you stamp on the gas. 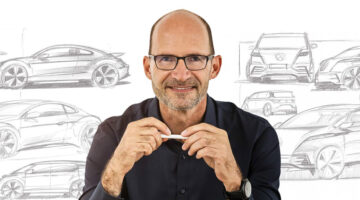