February was not a kind month to the MK VII GTI. One evening on my way home from work, a gentleman – engrossed in a call on his cellphone – drove straight into the back of me at a set of traffic lights.

The impact was quite strong but fortunately at low speeds (though it still brought back memories of my old Subaru Outback’s demise). As it turns out though – despite the condition of my assailant’s Toyota Yaris and the whiplash my neck had suffered – there wasn’t much damage to the Golf at all. In fact the only real issue concerned the lower half of the rear bumper, primarily around the parking sensors and the number plate. The plastic shell – being so flexible – had withstood impact very well, but I worried still that there may be more damage under the surface, and stopped by the Al Nabooda workshop for a more thorough inspection.

Incredibly, the shock absorbers on this chassis managed to absorb the impact with no effect at all on the frame, and after only two weeks of repair, the Golf was returned to me (almost) as good as new. Granted I was lucky the impact came from a Toyota Yaris and not a Nissan Patrol – the effects of which would have been much greater – but it’s an impressive, impromptu test the Golf has just passed.

The Volkswagen has now surpassed 34,500km and is still running like silk, the only slight issues being the cigarette lighter fuse, which has burnt out, and the rear windscreen wiper, which needs a new blade. The original tyres – following a number of track days – are also finished, as are the brake pads, so expect both to have received some TLC before next month’s update.

Previous ArticleVIDEO. Mercedes-AMG GT3
Next Article Behind the lens with Matt Magnino 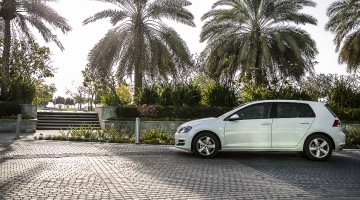 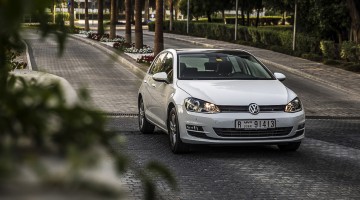