It’s been a rough week for the Volkswagen Group. Which makes our latest test drive of the VW Golf GTE all the more interesting…

Given the news this week that the Volkswagen Group has admitted cheating emissions tests in the US, it’s difficult not to look upon our recent drive in the Golf GTE plug-in hybrid in a different light. As many of you have no doubt read, the so-called ‘defeat device’ has been found in up to 482,000 VW models in the US alone, and up to 11 million across the globe. Said device is linked with each model’s ECU to sense test scenarios by monitoring speed, engine operation, air pressure and even the position of the steering wheel to run the engine below normal power and performance levels. It’s a discovery that has already cost CEO Martin Winterkorn – justly or otherwise – his job, VW more than $30 billion in value on the stock exchange, and the prospect of a $6 billion pay-out to disgruntled customers. The news, as you’d expect, is bleak.

Granted our latest test model has no part in the ‘diesel dupe’, and as a result should be considered on its own merits. Such is largely the case, but as a hybrid, significant marketing and press materials for the new Golf GTE concern its strong emissions and fuel efficiency readings. Impressive though the 939km theoretical range and 1.5l/100km reading may be, it’s difficult not to look pon such figures with a sceptically raised eyebrow. Which leaves our impressions squarely on the car’s performance and practicality, into which we find an entirely different ‘issue’ to consider. 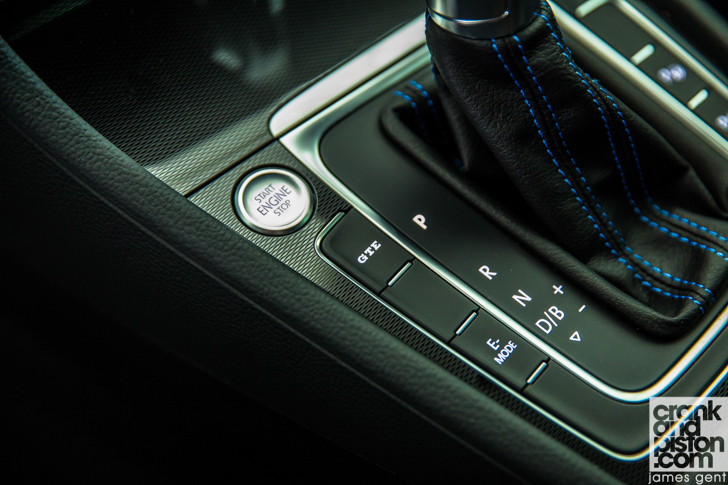 What IS the Golf GTE?

The GTE plug-in hybrid is not only the third variant of the legendary Golf ‘Gran Tourismo’ – following the GTI’s release in 1976 and the diesel GTD’s launch in 1982 – but also marks the Golf as the first production model to ever be offered across all pertinent drive modes, namely petrol, diesel, hybrid and electric (the latter courtesy of the e-Golf). As you’d expect, a significant amount of ‘GT’ DNA has made its way into the design.

Aesthetically at least, you’ll find nothing wildly different to the GTI, save bespoke wheels, C-signature daytime running lights, and blue detailing – which represents VW’s ‘e-Mobility’ arm – in place of the GTI’s signature red. It’s an admittedly sharp look, ditto the interior, largely identical to that of the GTI save a few extra buttons on the centre console and some sharp blue-tinted cloth tartan seats. If you’re a fan of the GTI’s looks, you should have nothing to complain about with the GTE. 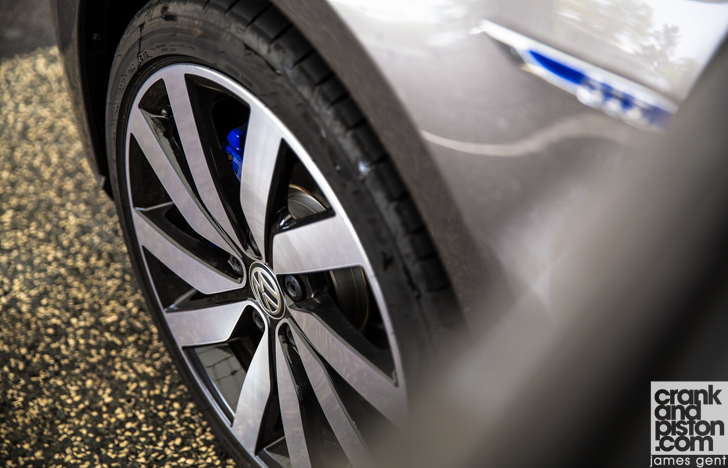 Ah ha, but therein lies an issue in itself when we consider those two crucial letters: G and T. Does simply adding an ‘E’ make this a true Golf GT?

On the face of it, perhaps. Affixed to the Golf’s established MQB architecture is the same firmed-up suspension found on the GTI as well as the sprightly six-speed DSG transmission. Under the bonnet also lies the same 1.4-litre TSI four-cylinder that sends 148bhp to the front axle. Throw in a 101bhp electric motor, and the GTE shifts from 0-100kph in 7.6 seconds – three-tenths faster than the GTD albeit 1.1secs slower than the GTI – onto a 222kph top speed, and (theoretically at least) a 50km all-electric range.

It all sounds promising, promise further emphasised by the precise steering found in the GTI, the steering rack weighting up nicely under speed. Grippy tyres and taut suspension for excellent road holding mean the GTE does indeed handle pretty well, even despite the 1599kg kerb weight, some 300kg more than the GTI.

And herein lies the key point. As a ‘GT’ VW, and a descendent no less of arguably Volkswagen’s greatest hot hatch, the GTE is immediately saddled with expectation. Expectation that, sadly, the GTE doesn’t quite live up to. 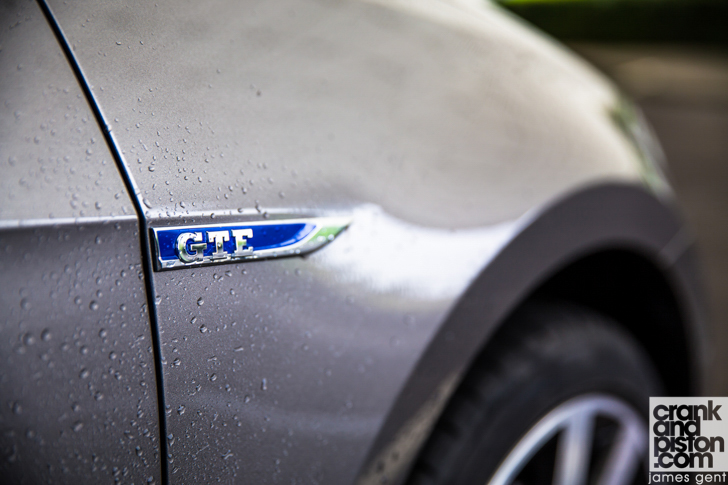 Is the GTE a disappointment?

It has its bonuses. Though that firmed up suspension and heavier kerb weight has dinted the ride quality slightly, clever engineering means the lithium-ion battery packs slot comfortably beneath the rear seats, optimising weight distribution with only a moderate dip in bootspace as a result: while other rival hybrid hatchbacks may jostle their occupants on more rutted asphalt, the GTE’s comfort – thanks in no due part to class-leading head and legroom and a superb driving position – means highway runs and morning commutes are no less a chore than you would expect from a Golf.

Into and through the corners though, the sense of enthusiasm and dynamism so indicative of a GTI is lacking in the GTE, despite strong initial pull courtesy of 258lb ft of torque low down the range. A key contributing factor is that additional weight, that weighty lump pushing down harder on the front end through the tighter turns and even suggesting hints of understeer – though magnificently grippy tyres means this rarely comes to pass. Even in the sportily-focused ‘GTE’ mode, there’s little change in dynamism over the other four drive setups (e-Mode, Battery Save, Hybrid Auto and Battery Charge) save perhaps a slightly deeper engine note and quicker throttle response. It’s brisk and it’s precise, but the effervescent charm of the GTI’s prowess through the corners is still missing, and ultimately the GTE experience is a little dull. 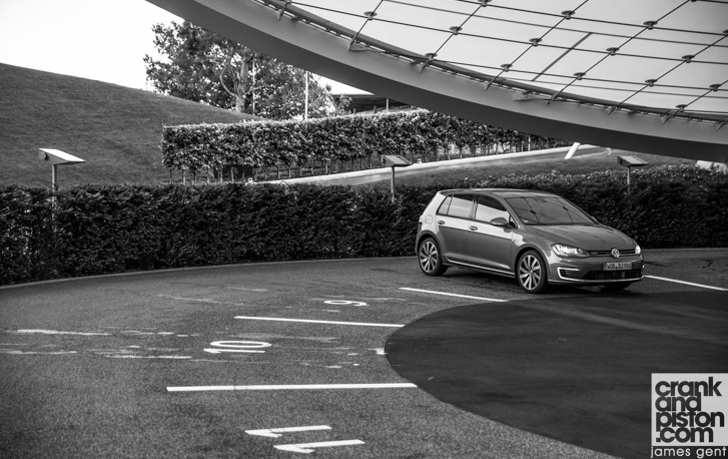 Having said that, were one to consider the Volkswagen Golf GTE as ‘just’ a normal hybrid Golf, it’s an entirely different prospect. Full electric mode for instance feels sharp and torquey without affecting ride comfort. Indeed, so effective is the output – coupled with that weighty, progressive steering – that the ride, if not enthralling, is at least energetic. The same could even be said of ‘Battery Save’: throughout our test run, trying to regain range via careful throttle inputs and lift-off (which brought with it a noticeable drop in momentum) proved an entertaining challenge in itself. On merit, a hybrid Golf would indeed offer the kind of comfortable, accomplished drive we have come to expect from Volkswagen’s prodigal son. As a hybrid GTI on the other hand, the GTE will leave you cold, the charismatic driving experience indicative of the model range since 1976 more difficult to find when red turns to blue and petrol turns to hefty hybrid.

It’s tempting in this instance to recommend the Golf GTD as an apt alternative. But of course, that’s a different story…