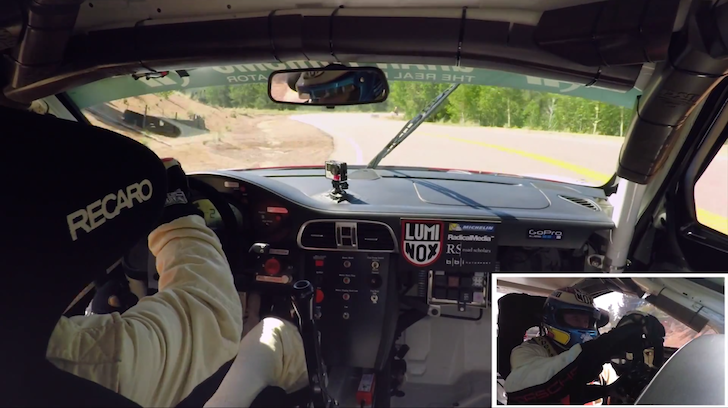 In amidst the headlines surrounding Rhys Millen’s record-setting run for an all-electric Drive eO-run PP03 at this year’s Pikes Peak Hillclimb (yes, even we got in on that) and PPIHC legend Nobuhiro ‘Monster’ Tajima’s second place overall on his 65th birthday weekend, another equally impressive run to category victory flew almost ninja-like under the radar, namely commercial film director and racer par excellence Jeff Zwart.

No time like the present though, so climb aboard the American’s Porsche 911 GT3 for a blast up the famous stretch of tarmac where speeds – en-route to a 9m 46.243s time – hit almost 225kph.

Oh, and you might want to remove your headphones first. Our deputy editor still hasn’t quite recovered his hearing yet…