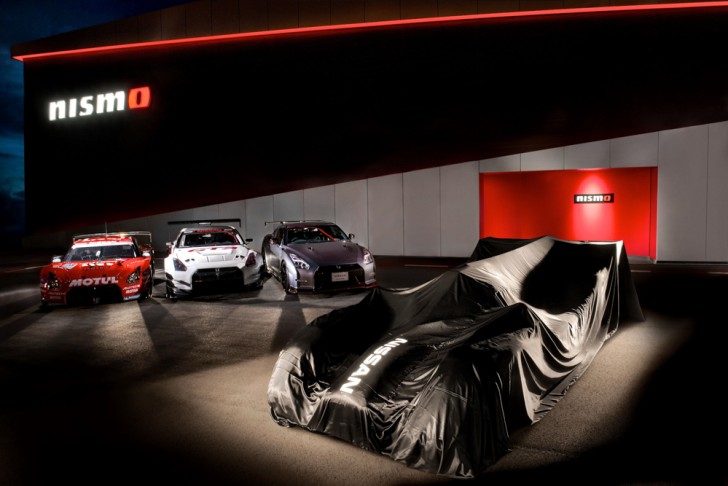 Nissan/Nismo may have a gone a bit over the top with its/their latest video. Though the sub two-minute clip teases the Nissan GT-R LM Nismo prototype that will fight for overall honours at the 2015 24 Hours of Le Mans against Audi, Porsche and Toyota, casual viewers might think the team is gunning for a Blair Witch reboot.

Complete with suitably atmospheric shots of still lakes just before dawn, the skeletal figure of trees and branches, and the occasional subdued growl, it’s a haunting image. If you dare peak out from behind the sofa, you’ll also find creepy music, abandoned garments – just moments after a frenzied growl – and an explosion straight out of Michael Bay’s playbook. If Nissan was hoping to intimidate Audi, Toyota and Porsche, it’s a good start.

The move follows the announcement late last year that Nissan would run the all-electric ZEOD RC at this year’s event in the experimental garage 56 entry, in much the same way the team did in 2012 with the Deltawing. A two-strong Nissan GT-R LM Nismo entry is planned for both Le Mans and the 2015 World Endurance Championship.