Another Nürburgring lap record broken as MINI clocks the same time as a Pagani C12 S. 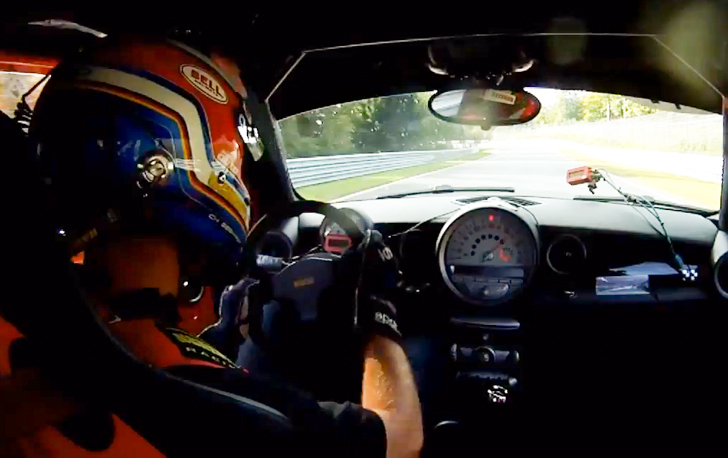 And so it has come to this: the latest Nürburgring ‘record’ broken…by a front-wheel drive MINI.

The below video features Sport Auto’s Christian Gebhardt hurling a [cough] heavily modified [cough] MINI John Cooper Works around The Green Hell in 7m 44s, lopping a full 10 seconds off the Renault Megane 275 Trophy R’s fastest laptime, and in doing so becomes the Fastest FWD Street-Legal Road Car around the Nürburgring (the modified 1.6-litre four-cylinder in this street-legal MINI does kick out 286bhp, 71bhp more than standard).

And I know what you’re thinking: who cares? It’s yet another Nürburgring lap record that ultimately doesn’t really mean anything and proves no more than just a helpful PR stunt. Whilst that may be so, there is slightly more to it than that. The MINI’s 7m 44s laptime is the same – give or take a tenth – as a production Pagani C12 S and an Audi R8 V10, and faster than a Porsche 911 GT2, a Lamborghini Murciélago, and a Ford GT.

Give it a few days and this record (save the awesome soundtrack) will be but a distant memory. Still, an impressive example of #notnormal, certainly