McLaren teases the final member of its road-going line-up – the intriguingly named Sport Series – ahead of its New York Motor Show debut. 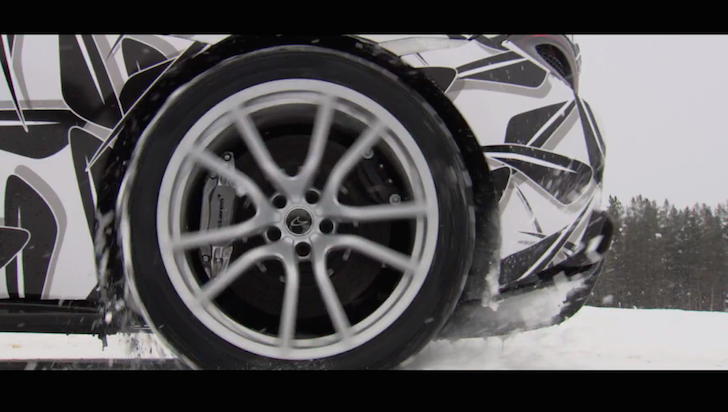 With the 2015 Geneva Motor Show now in the books, the 675LT – and the 500 examples worldwide thereof – is now old news for McLaren. Time to look ahead to New York, North America’s motor show, and the brand new McLaren Sport Series. One down from the Super Series, and two down from the track-only P1 GTR (try to keep up).

Whilst we’d love to get you hot, bothered and champing at the carbon bit, details are still few and far between, the final model of McLaren’s three-tier model line-up shown only in a teaser video clip in camouflage colours and during winter testing. That it goes sideways on ice and snow is about all we can tell you (although, honestly, we’re not expecting a radical change in look from the 650S).

Roll on April 2nd and the New York Motor Show.