VIDEO. F1 through the eras with Williams 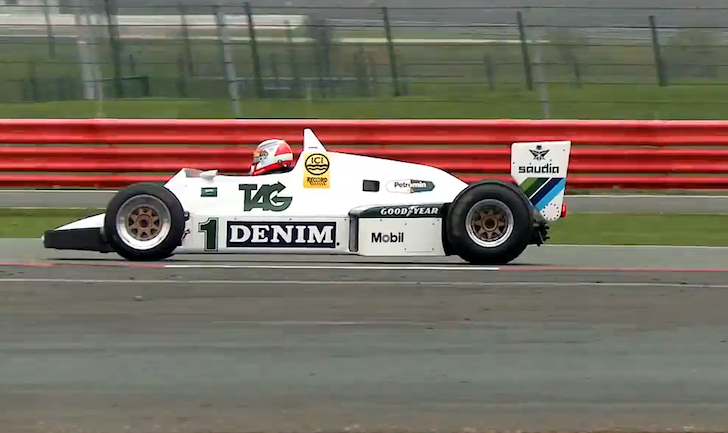 Another edition of  ‘Remember when…?’ courtesy of the Williams F1 Team, with the help of the team’s current roster of drivers, its current FW36 from the 2014 season, and two illustrious models from the team’s history.

First up is the FW08C from 1983. Though not quite as successful as the FW08 that took Keke Rosberg to the Formula 1 title one year earlier, the FW08C still took victory at F1’ most hallowed venue – Monaco – on the team’s way to fourth in the Constructor’s Championship.

With the FW18 though, we’re really talking business (as you may remember from the Goodwood Festival of Speed). From 16 races during the 1996 season, the V10-powered FW18 won all but four of them, securing the team its eighth Constructor’s Championship (and second in the all-time list behind Ferrari) and a title showdown between teammates Damon Hill and Jacques Villeneuve. The Brit eventually won out.

In case you wondered how much these race cars evolve, have a look at this video from the BBC. Former driver-turned-commentator David Coulthard only retired from F1 in 2008, but as he has a go in the latest Williams FW36 he’s confronted with far more buttons and technology than he ever experience in more than a decade of racing.

At the same time, current F1 driver Valtteri Bottas gets a chance to experience cars of old, taking out Damon Hill’s 1996 title-winning FW18, and Coulthard has a spin in Keke Rosberg’s 1982 championship car, the FW08.

In addition, both get to experience the facial hair of their forebears. As is only right.