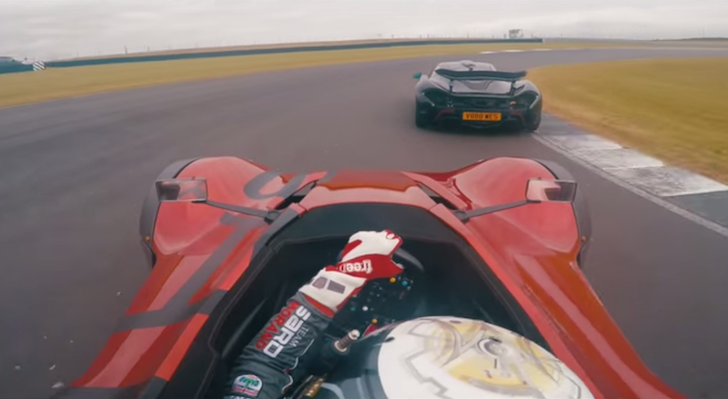 Ah, the old David vs Goliath battle – power vs lightness, agility vs brawn. While no one would really accuse the McLaren P1 of being a lumbering lummox, compared to the little BAC Mono it’s huge.

We’ve seen this battle before, at Silverstone. But now let’s take both cars to the twisty, compact Anglesey circuit in Wales, and see how the two spar it out, as documented by The Supercar Driver. We have it on good authority that the P1 was trying hard, but on this tight track the BAC is all over it. The light weight allows it to corner at better speeds than the P1, and it’s only on the straights where the McLaren can really unleash its monstrous hybrid power.