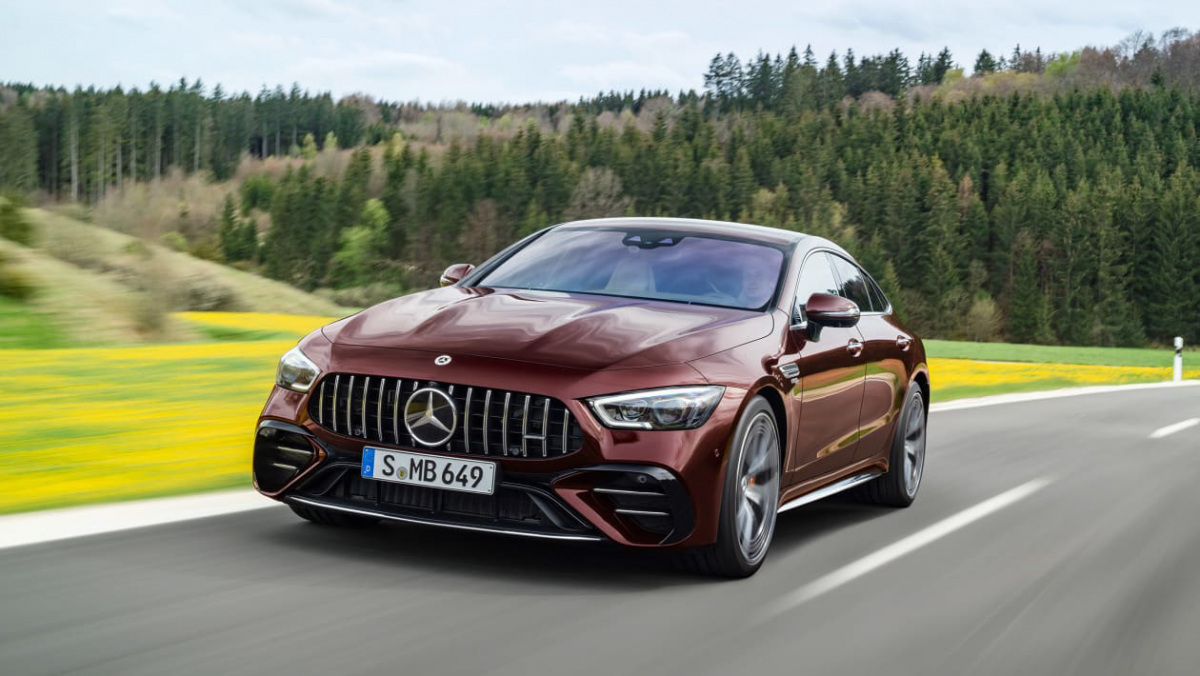 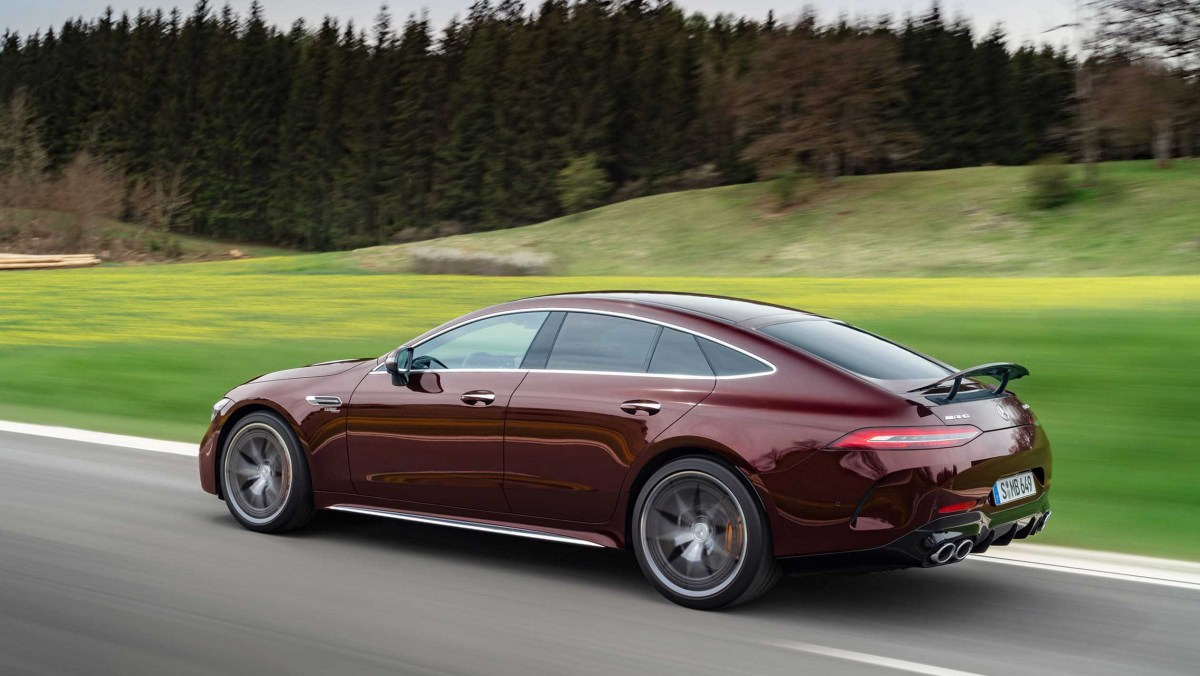 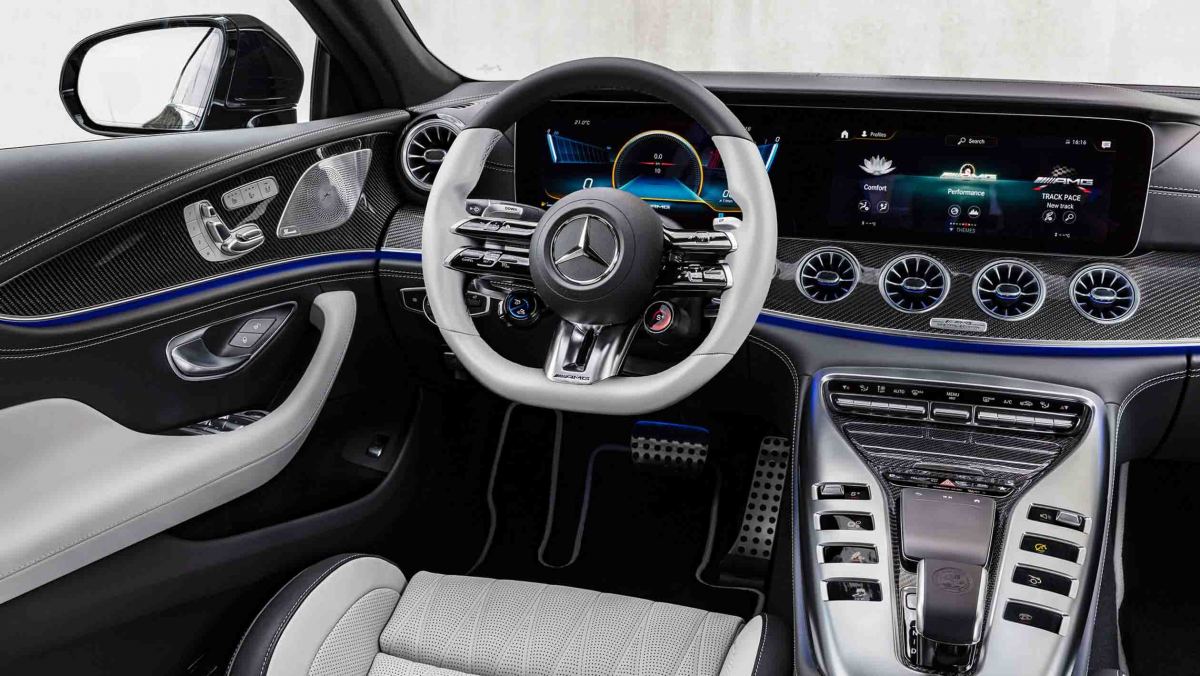 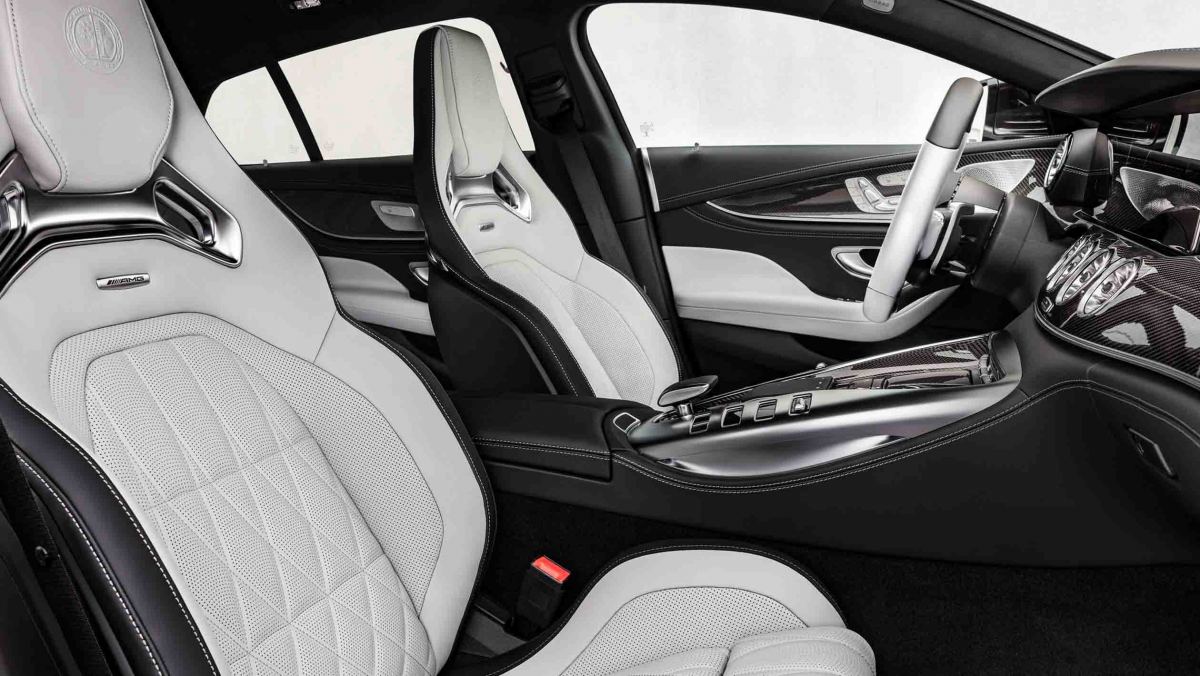 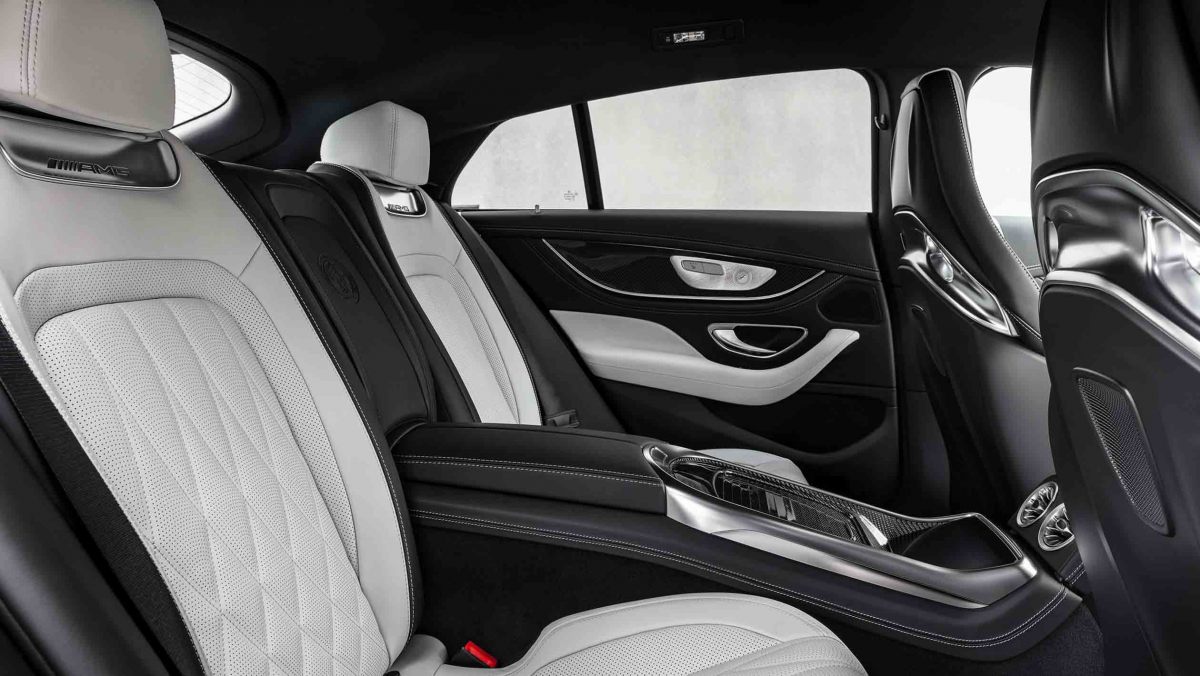 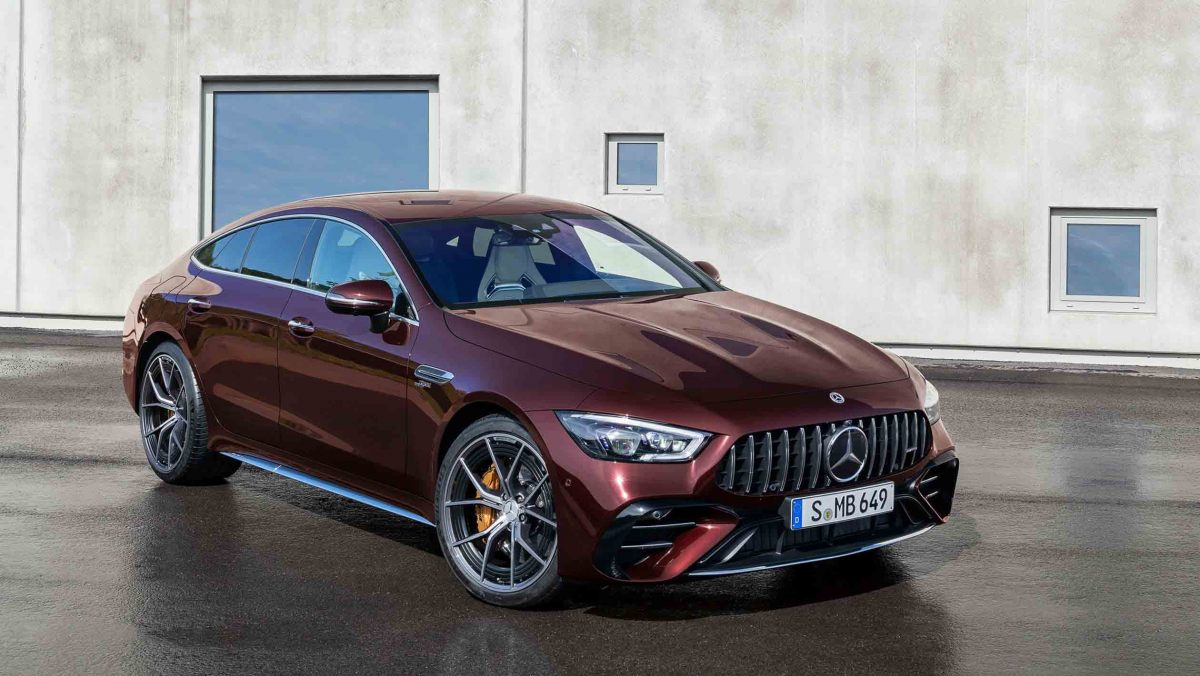 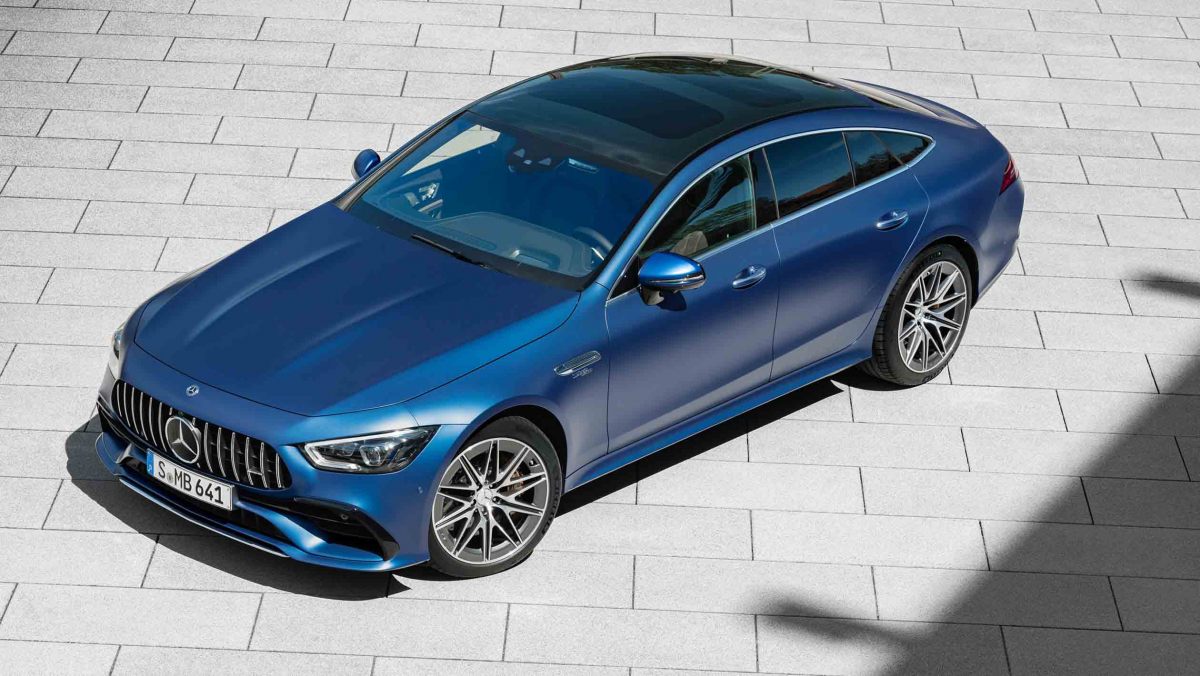 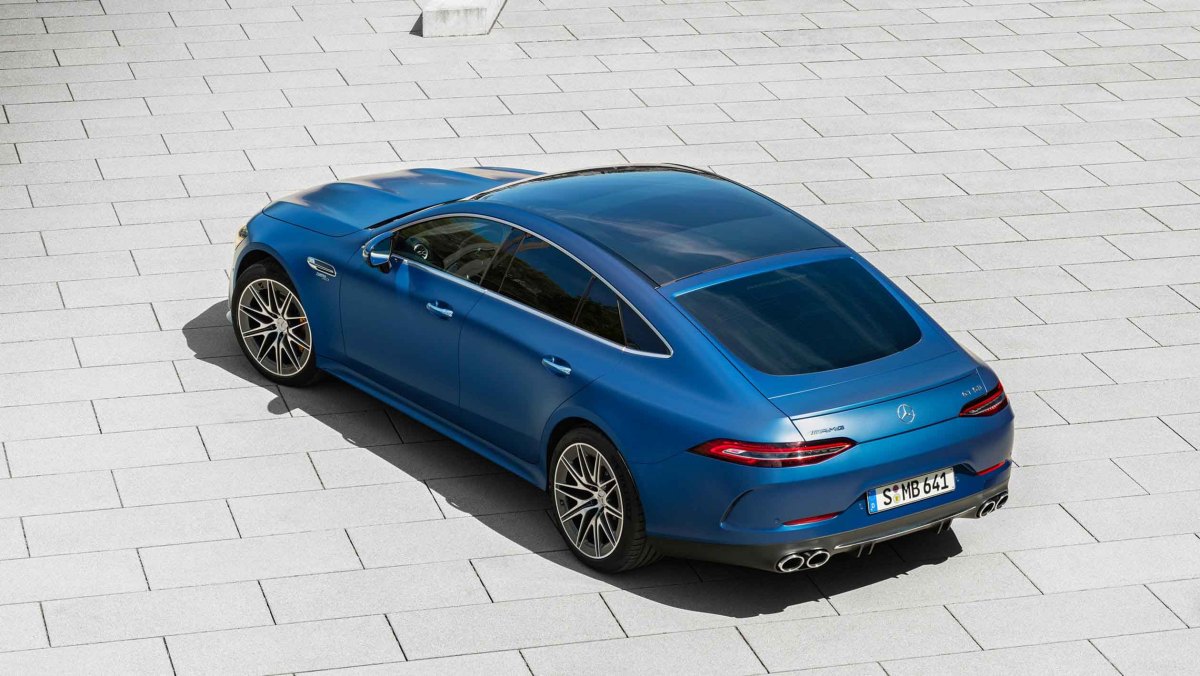 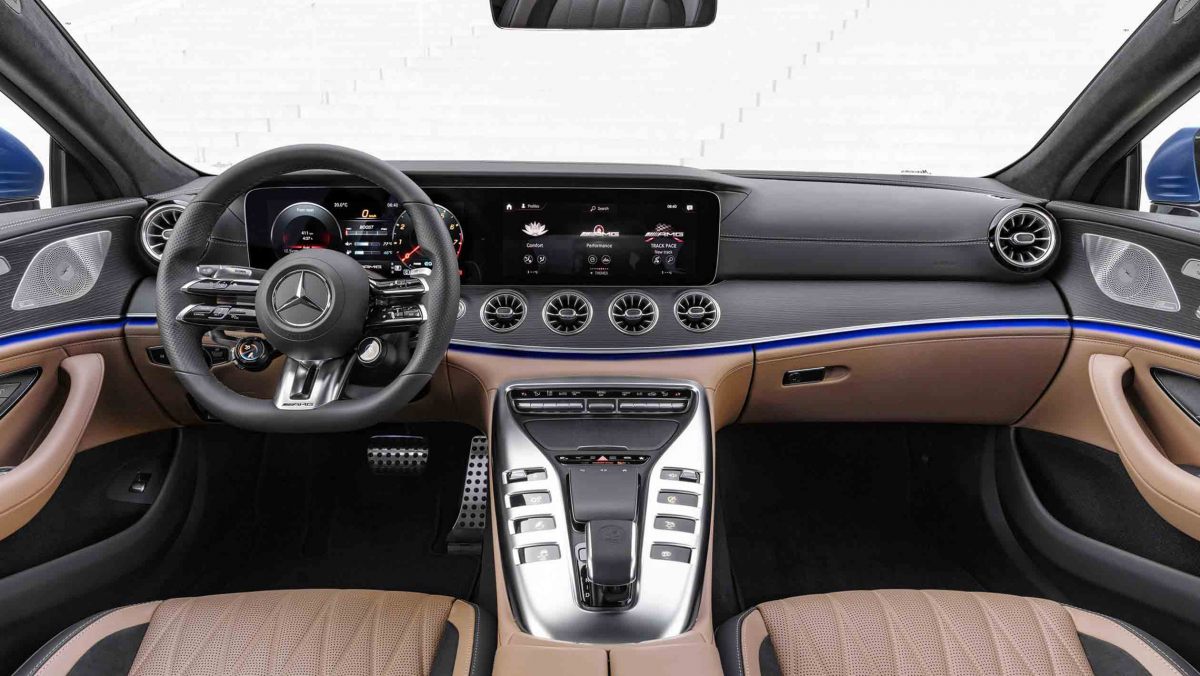 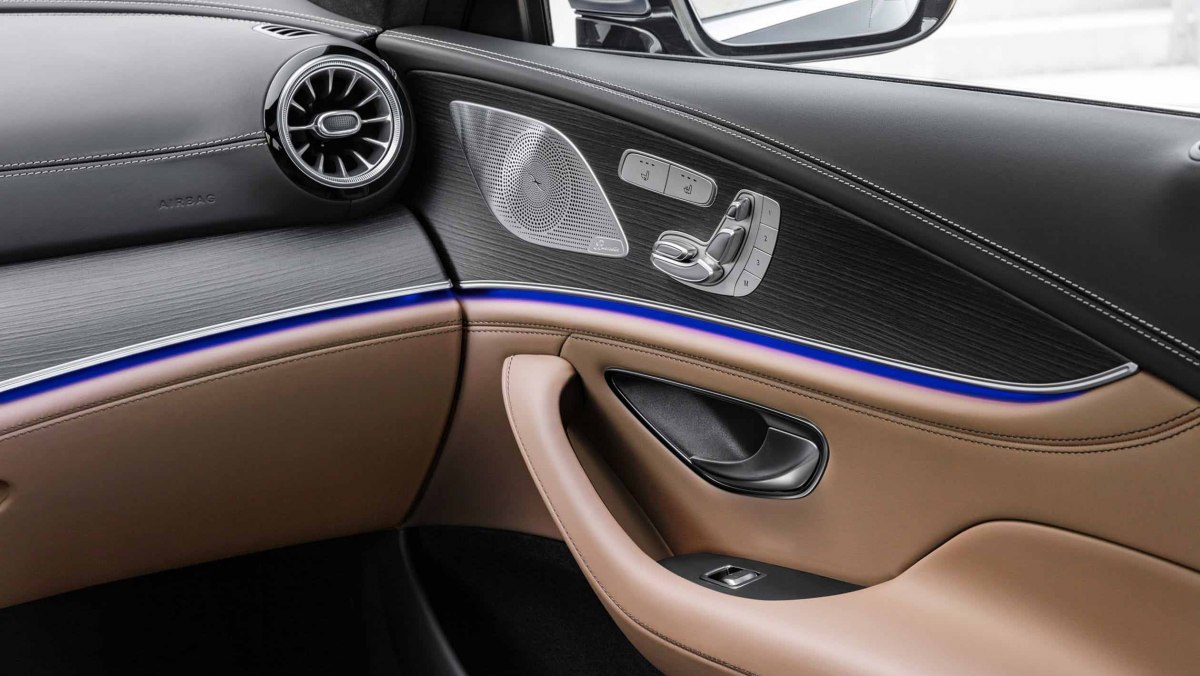 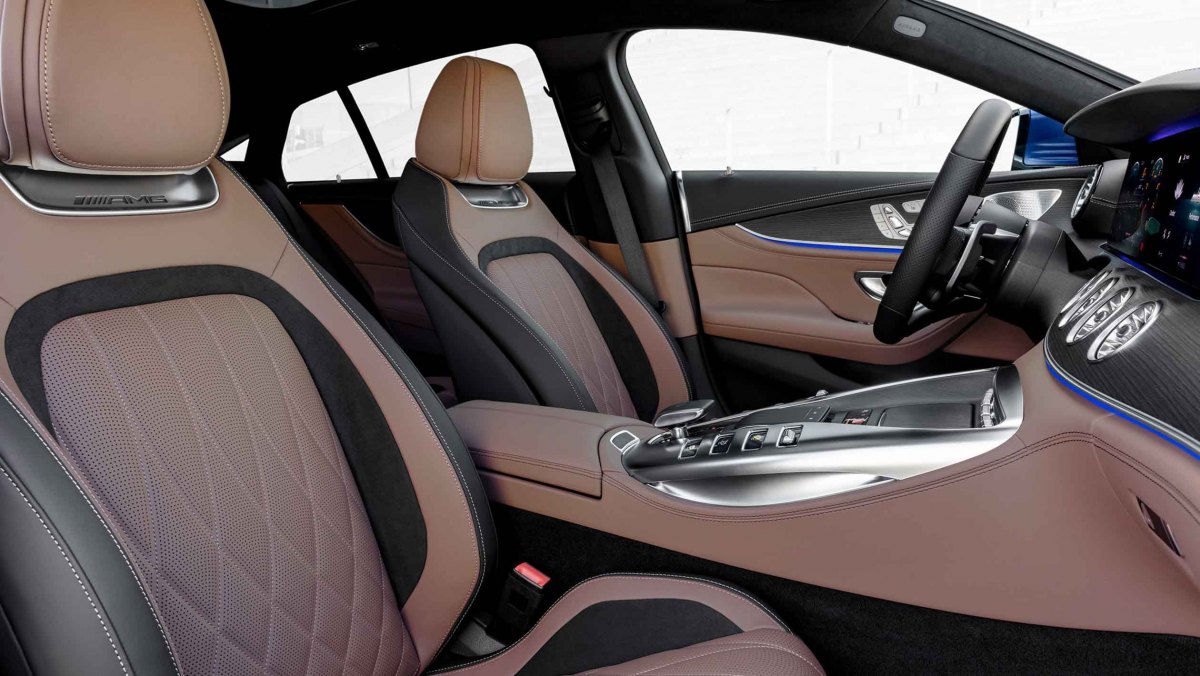 Mercedes-AMG has revealed a gentle update to its GT 4-Door, reforming the lower ranks of its range in markets where the lesser 4-Door variants are offered. The updated GT43 and GT53 models run versions of the same in-line six-cylinder petrol engine, and gain new wheel designs, colour options and AMG’s twin-bar steering wheel.

What is missing are further details of the 800bhp GT73, AMG’s new plug-in hybrid range-topper that will join standard GT63 models in September this year, combining the M177 V8 engine and a new electrified rear motor and battery arrangement.

Until then, the updated 4-Door is limited to those two lesser six-cylinder models, both of which feature a mild-hybrid in-line petrol engine, albeit in different states of tune. The engine is a 2999cc unit that utilises both a traditional gas-driven turbocharger and an electrically driven compressor to help create a broad, consistent spread of power and, more specifically, torque across the rev-band. There’s also a 22bhp ISG, or integrated starter generator, to aid low-speed take-off, and both the ISG and compressor are driven from an independent 48V electrical system.

Figures for these six-cylinder cars are unchanged compared to the pre-updated models, with the base GT43 peaking at 362bhp, with 368lb ft of torque available between 1800 and 4500rpm, and the GT53 upping these figures to 428bhp and 383lb ft – the latter available over an even wider band of 1800 to 5800rpm. Both cars utilise AMG’s nine-speed wet-clutch automatic transmission, or TCT in Merc speak, with either rear- or all-wheel drive on the 43, and four-wheel drive only on the 53.

Performance stats are also unchanged from last year’s model, with the GT53 reaching 100kph in 4.5sec, and the GT43 in 4.9sec (or 5sec dead for the rear-drive GT43). Being AMG-exclusive models, there’s no 250kph speed limiter, with the pair topping out at 283kph and 268kph respectively.

While mechanical changes are limited, AMG has fiddled with the chassis, with new adaptive dampers integrated into the standard-fit air-suspension set-up. The units are a first for AMG, with a new design that incorporates two pressure regulating valves in the damper, rather than just one as found in most adaptive units. This increases precision of the damper’s gas flow, allowing for compression and rebound to vary individually depending on the conditions and selected damper mode.

Exterior changes are subtle, being limited to new wheel designs and colour options. Like before, both six-cylinder models have their own front bumper design, but can be upgraded to the V8 design as an option. The changes inside are also colour and trim-based, but AMG has also fitted its complex new twin-bar steering wheel first seen on the new S-class.

The UK will once again not take either of these six-cylinder models, with the GT 4-Door range continuing to be exclusively V8-powered, only with a heady chunk of electrical assistance soon to be bundled in. Given the popularity of Porsche’s V6-powered Panameras, this could be seen as an error in judgement, but a V8 GT 4-Door is better than no GT 4-Door, so we’re not complaining.