It’s been a long time since we’ve seen a true road-going rally car homologation, but this is something Toyota plans to change in the coming weeks. Having just wrapped up the 2019 World Rally Championship with its current Yaris WRC car, Toyota’s motorsport arm, Gazoo Racing, is wasting no time getting a 2020 contender in order, one that will be based on a modified version of the recently revealed 2020 Yaris.

This homologation model will be called the Yaris GR-4, and despite sharing a name, will feature dramatic proportional changes over the bubbly standard Yaris on which it’s based. Instantly visible is the lower roofline and heavily flared wheelarches, but the changes are due to go deeper, with new suspension pick-up points, a wider track and new rear axle in the works too.

Although the standard Yaris is front-wheel drive in the region, certain models in the Japanese domestic market are available with an all-wheel-drive system, something that requires a more sophisticated multi-link rear axle to facilitate it. This might be something this high-performance Yaris GR-4 version will feature, regardless of whether it utilises all-wheel drive or not. The lower roofline will also likely benefit the WRC car’s aero package, reducing the frontal section and creating a more suitable mounting point for the inevitable stacked rear wing.

As such, the Yaris GR-4 will not be limited to just a few hundred units, instead Toyota will need to produce a full 25,000 next year in order to comply with WRC regulations. Further details, including those about the powertrain, remain frustratingly absent, but we shouldn’t have to wait long to find out more as Toyota will reveal the Yaris GR-4 in prototype from later this month at the Australian round of the WRC. 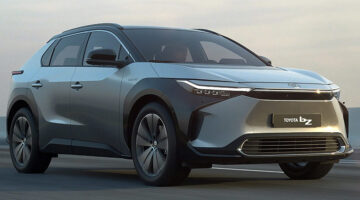