Long-awaited and highly anticipated, does the new Honda Civic Type R have all the right stuff to live up to its brilliant predecessor? 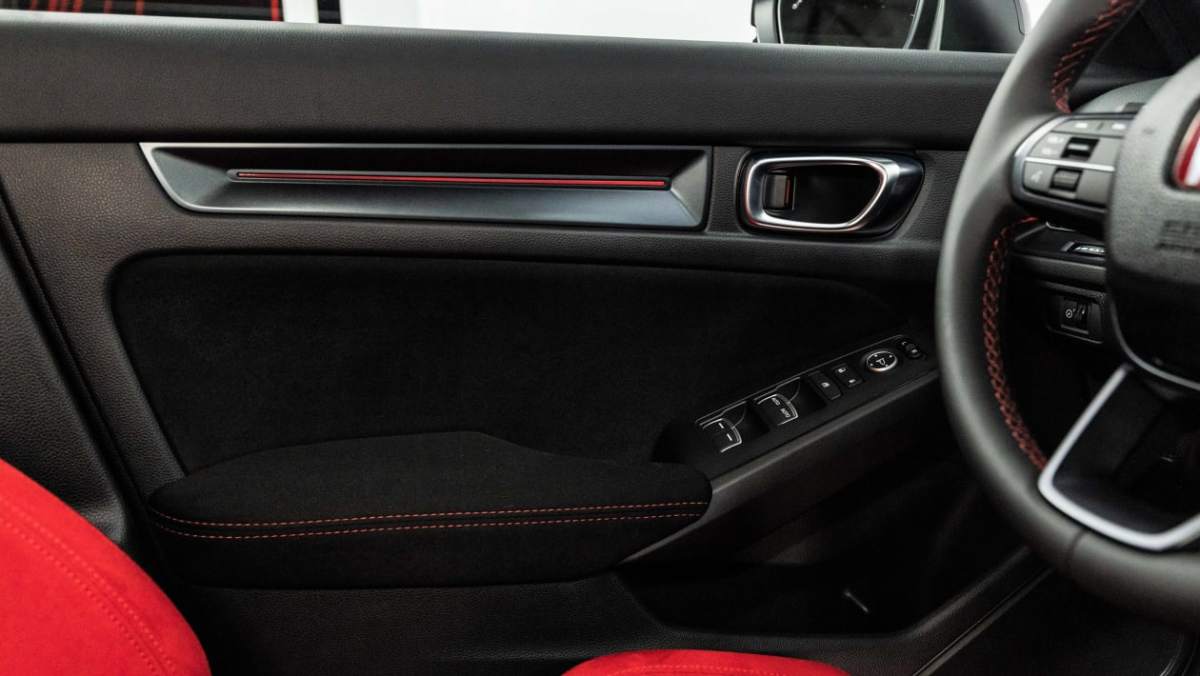 Honda has revealed its new Civic Type R, one of the most anticipated new hot hatchbacks in years thanks to the general excellence of its FK8 predecessor. It’s based on the latest 11th generation Civic, but follows a similar technical recipe to the FK8 in combining a turbocharged four-cylinder engine with a six-speed manual and front-wheel drive. This, of course, is no bad thing, as the previous FK8 was and is one of the best hot hatchbacks of all time. No pressure then.

First, the fundamentals. Honda has remained coy about much of the new Civic Type R’s technical information, only saying that the new model will out-perform its predecessor. We do know that under the bonnet will be the same KC201 turbocharged, 1996cc four-cylinder engine with VTEC and double overhead cams. Power and torque are expected to grow from the current 316bhp and 295lb ft, but to what specific amounts is unknown. Honda has said its aim has been to improve the engine’s responsiveness at the upper limits of its rev range, suggesting there are extensive changes to both engine and turbocharger.

The engine’s connected exclusively to a six-speed manual transmission with the typical solid aluminium gear knob. Power goes through the front wheels via a limited slip differential.

The new Civic Type R’s overall proportions are based on the 11th generation Civic, which is already both longer and wider than a majority of its rivals, but there are even wider tracks front and rear. This has necessitated wider arches, which unlike the FK8’s are seamlessly integrated into the overall design. The front and rear bumpers, bonnet, front wings and side skirts are all unique, but a much more substantial change is the all-new side pressing and rear doors that are also bespoke to the Type R – probably at a big financial cost.

The body’s width has also toned down the previous Type R’s fairly extreme design, in line with the standard 11th-gen Civic’s smoother aesthetic. This has been combined with a various elements brought across from the FK8, though, including a high-mounted rear wing, triple exhaust outlets and smaller 19-inch wheels wrapped in Michelin rubber.

Behind the new wheels and tyres are a substantial set of four-piston Brembo brake calipers, but Honda’s been coy about any technical information regarding the suspension. We suspect it’ll have some basis from the previous FK8 that paired adaptive dampers with a MacPherson front and multi link rear setup.

Honda has also confirmed that it’s finally introduced an Individual driving mode alongside the existing Normal, Sport and +R modes that will allow the driver to mix and match elements of the powertrain and chassis to their desired combination. This was a major annoyance on the FK8, and is a welcome addition to the new model.

The interior represents a significant step up in both quality and interface. Gone is the current Type R’s complex aesthetic of angular plastics, in its place a far more restrained and resolved design with a single horizontal air vent dominating the dash. The new high-mounted screen is clearer and larger, while the standard Civic’s semi-digital instrument cluster has been replaced with a new fully-digital cluster that will have bespoke Type R configurations.

Typical Type R elements like the bright-red Alcantara bucket seats, red carpets, Alcantara steering wheel and that aluminium gear knob are all present, only now incorporated into a far more contemporary and, what looks to be, well-built interior.

Yet even before its market release, the new Civic Type R is already breaking lap records as its predecessors did, having taken the front-wheel drive record at Suzuka Circuit with a time of 2:23.120 seconds. That’s 0.873 seconds faster than the previous generation Type R Limited Edition. Yet its biggest triumph against the stopwatch is likely still to come, with Honda confirming that it’ll be gunning for the big one – the Nürburgring Nordschleife – a front-wheel drive lap record claimed by the FK8, until it was beaten by the Renault Megane RS Trophy-R with a time of 7:40.1.