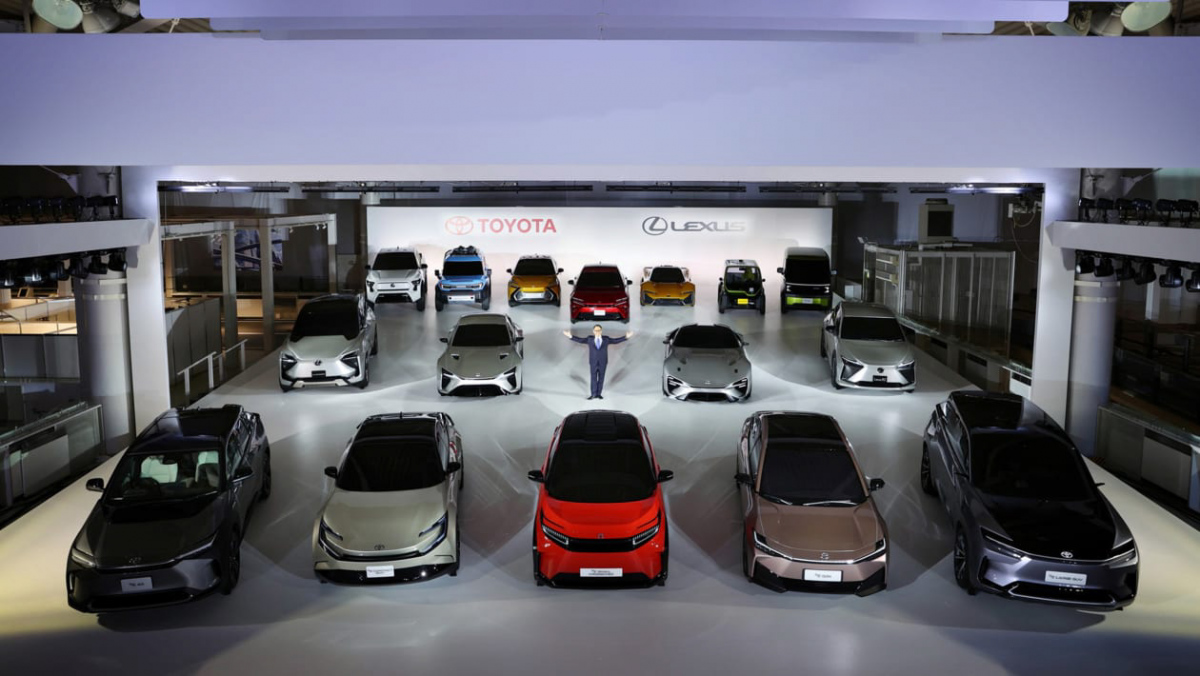 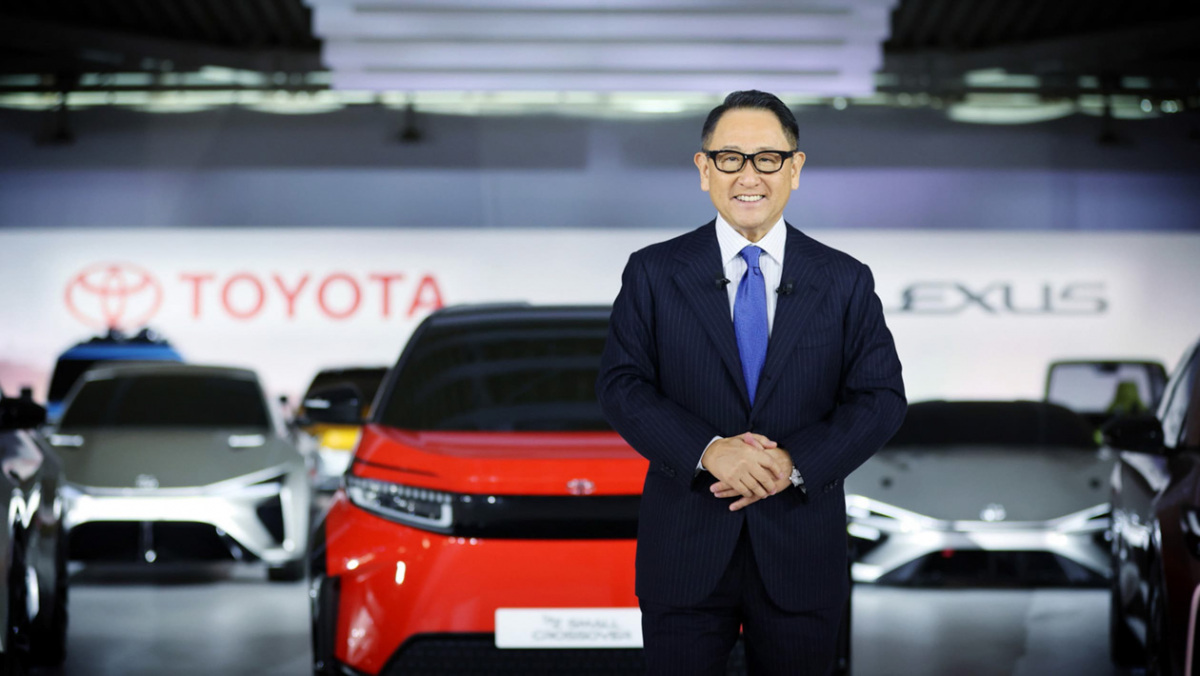 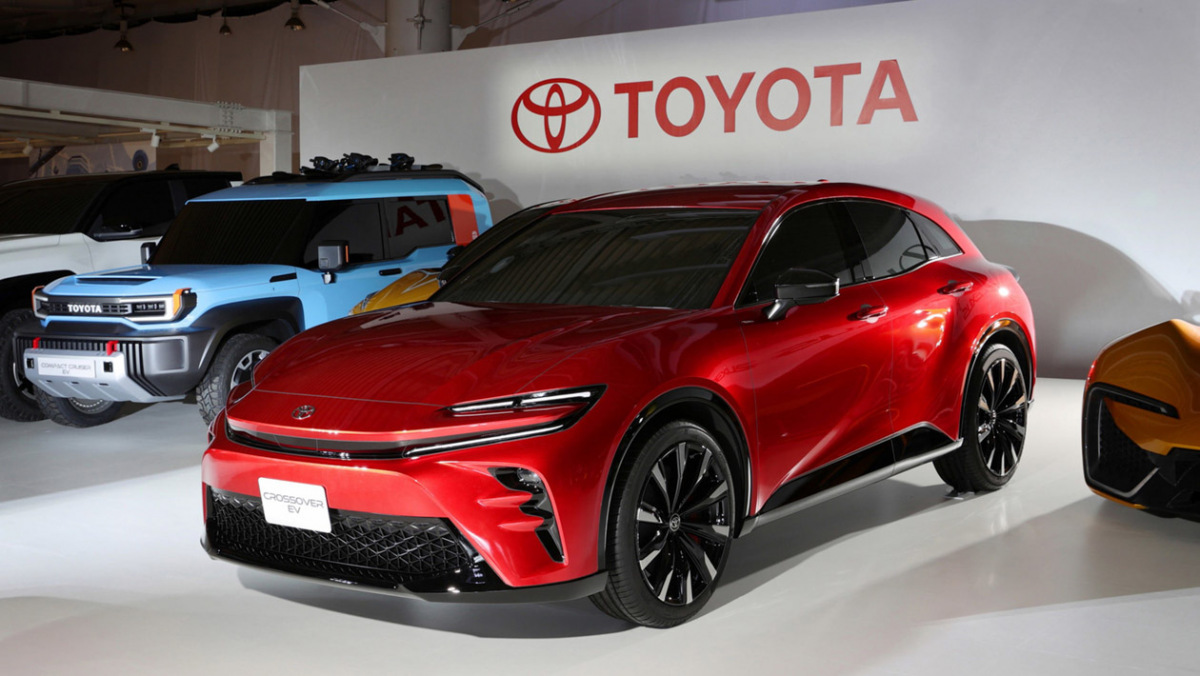 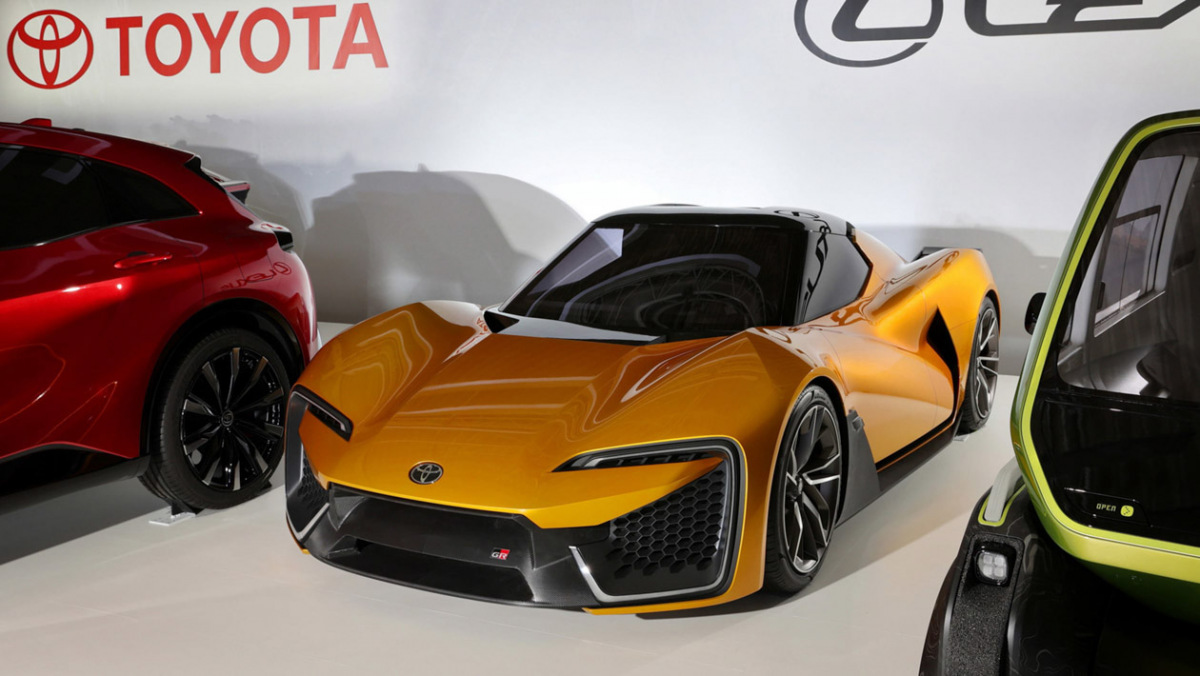 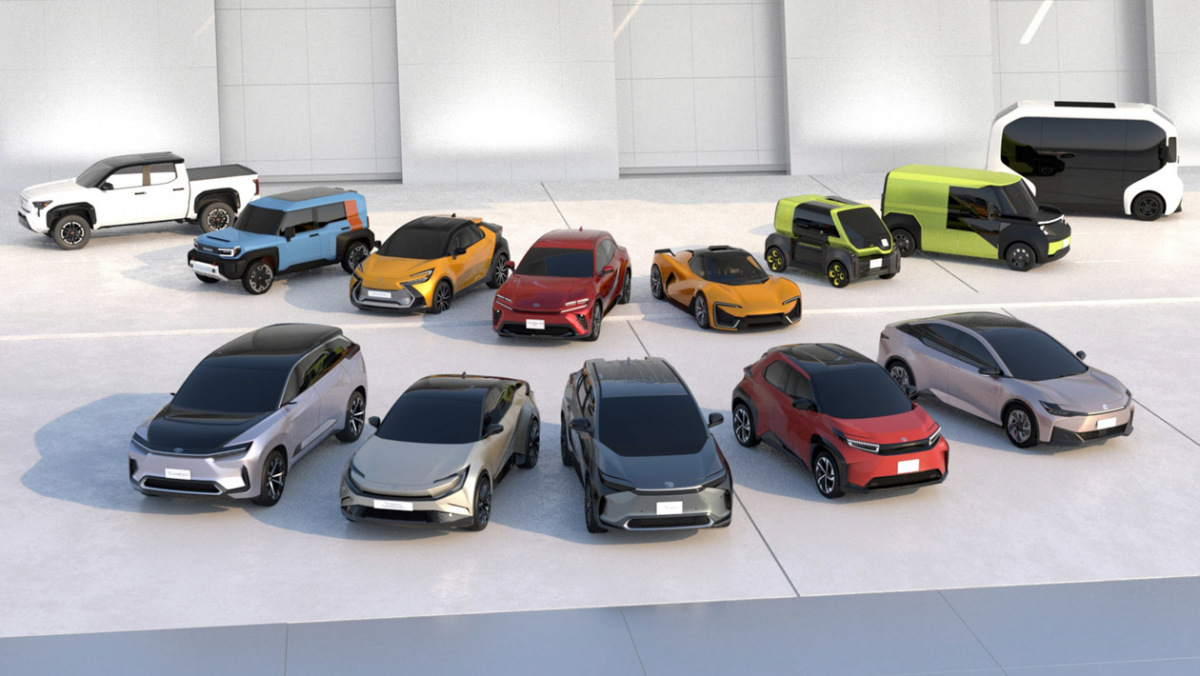 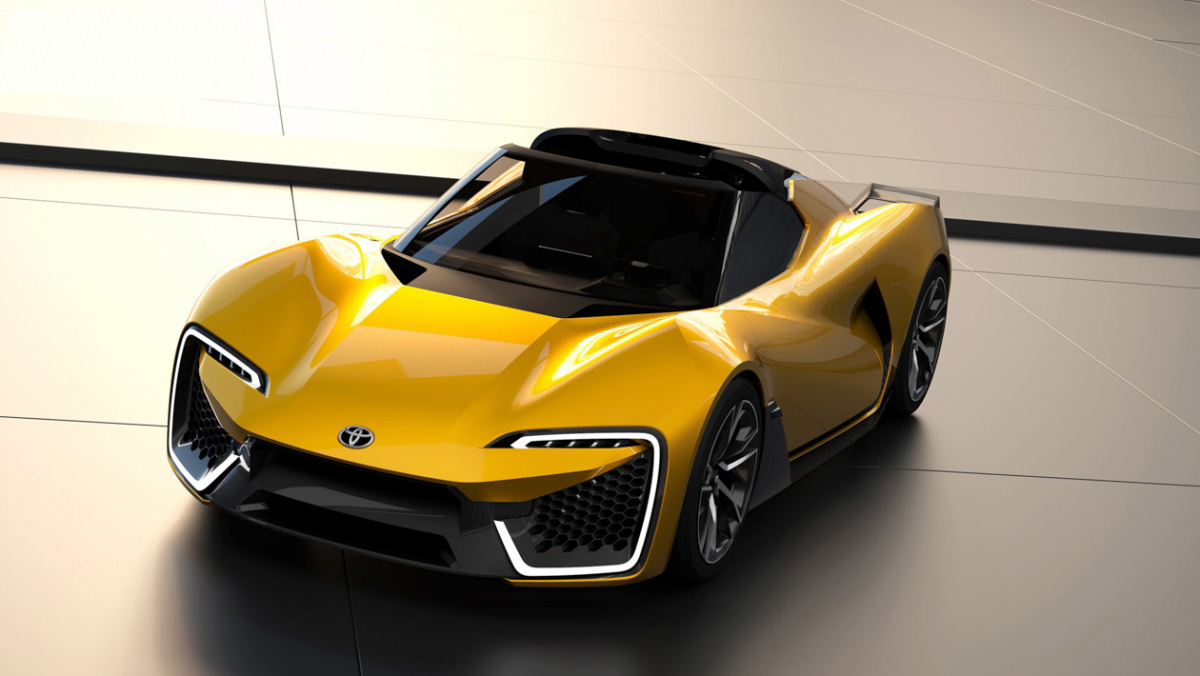 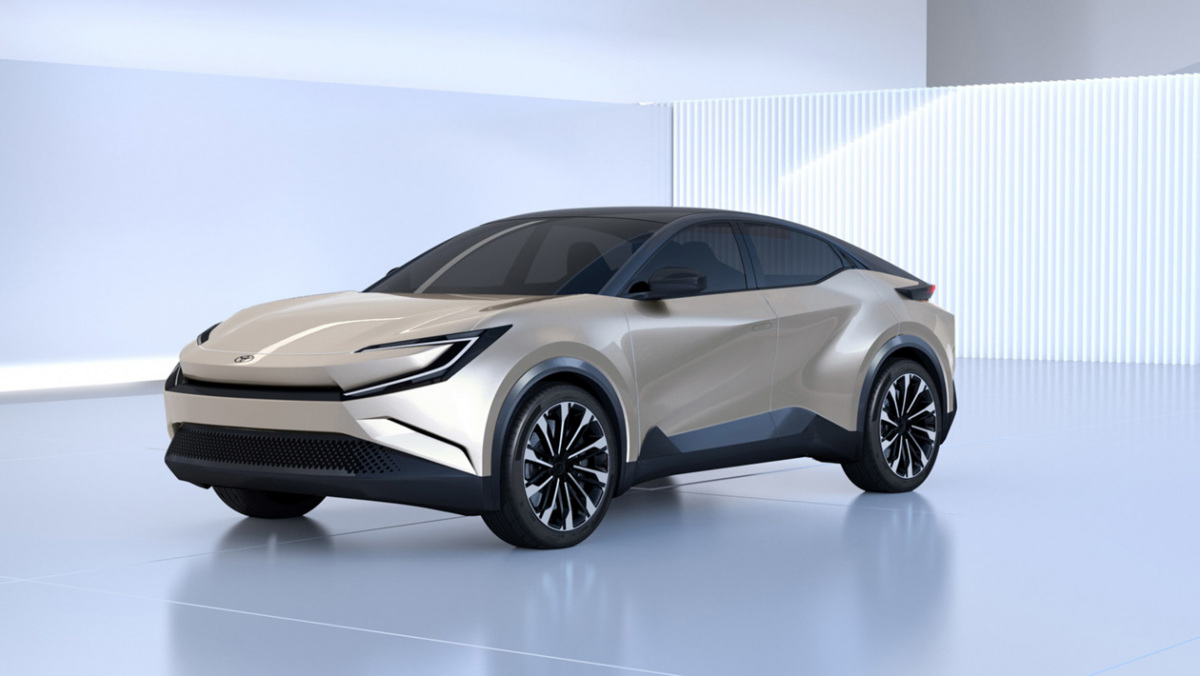 Toyota has announced its ambitious electric car plans, previewing no less than 11 new BEVs that it plans to eventually reveal in production form on its path to carbon neutrality. As one of the world’s biggest car manufacturers, Toyota’s conspicuous lack of outward facing progress in battery-electric vehicles has been at odds with the company’s pioneering development of hybrid and hydrogen technologies. That’s now a thing of the past.

But the plan, presented by president and CEO Akio Toyoda, doesn’t just lay out a roadmap for Toyota’s electric vehicle expansion, but also a mission statement for how the company will become carbon neutral in a broader sense through a diverse range of solutions for its vehicles. This is an especially difficult challenge for a company such as Toyota, as it has a highly varied product line-up that caters for all the world’s markets – explaining the hesitation to set a concrete date for a total electrification.

‘Toyota wants to prepare as many options as possible for our customers around the world,’ explained Mr Toyoda. ‘We believe that all electrified vehicles can be divided into two categories, depending on the energy that they use.’ This suggests that in markets that will be able to provide clean energy, ‘carbon-reducing’ or battery electric cars will be the core technology in use, but where clean energy is not available, ‘carbon-neutral’ vehicles will be developed. These ‘carbon-neutral’ vehicles will make the most of Toyota’s diversification in powertrains, whether that be hybrids working in combination carbon-neutral synthetic fuels (which offset the tail-pipe emissions), or hydrogen fuel-cell technology.

It’s this nuance to tackling the wider issue of reducing and eventually eliminating carbon emissions that Toyota has focused on, rather than obsessing purely on bringing electric cars to market irrespective of the wider question being asked. Mr Toyoda continued: ‘We will continue to advance initiatives in all areas together with many of our partners among Toyota Group companies, suppliers, and dealers. Energy plays a critical role in achieving carbon neutrality. That is exactly why Toyota is committed to providing a diversified range of carbon neutral options to meet whatever might be the needs and situations in every country and region. It is not us but local markets and our customers who decide which options to choose.’

In this showcase, though, Toyota focused on its battery electric future, debuting a range of new models that replace existing hybrid models and introduce electric vehicles in the wider spectrum, including commercial, Japanese Kei regulation models and, most interestingly, high-performance cars.

Alongside the range of SUVs, crossovers and hatchbacks, Toyota also revealed an early GR design study that looks to channel the squat, mid-engined proportions of the iconic MR2. This is a model that’s been rumoured to be in development within the GR range for a while now. Far from being a study for a future production model, the new sports car might preview design themes that Toyota will continue to work on, including the visor-like windscreen and targa top that reference both the current Supra and the MR2 from the ’90s.

Unlike Lexus’s sports car that was announced alongside its own electric car plans, Toyota has not confirmed any details or engineering targets for its electric sports car, but the appearance of the GR badge can only mean good things from a company that has, under the leadership of Mr Toyoda, consistently given us some fantastic driver’s cars.