We welcome Toyota Racing Developments to The Management Fleet. 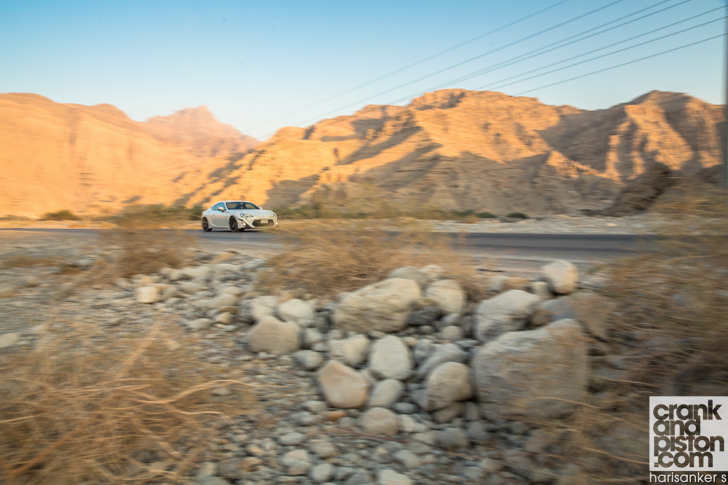 There is such a thing as ‘TRD arse’. For those of you unfamiliar with the concept, it refers to the rather snug bucket racing seats found in most Toyota Racing Development products. Under the black mesh leather lies a fibre-reinforced plastic resin sculpted shell into which your posterior will slide if and only when you possess the slender hips of a Vogue cover model. Which, incidentally, I do not. 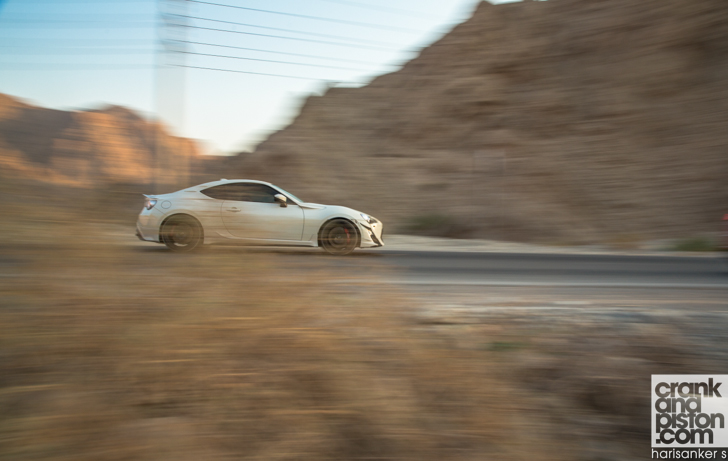 This does consequently make entry into our new long term Toyota 86 TRD a tad tricky. First, unless you’re feeling particularly ambitious, you’ll need to empty your pockets of keys, wallets, iPhones, loose coins, cigarette lighters, antique pocket watches, etc etc. You’ll then need to balance your weight on the door frame with your left hand whilst simultaneously sliding your right leg around the outside of the steering wheel, taking care not to catch a rogue trouser leg on the gear lever, handbrake, or – depending on your angle of entry – indicator stalk: it’s not a dignified arrival at A&E if you do so. After this, you’ll need to manoeuvre your left leg into the footwell before landing ‘graciously’ in the seat whilst at the same time trying to avoid cracking your elbow off the asphalt as you let go of the doorframe. From a layman’s perspective, the process looks as delicate as falling down the stairs. 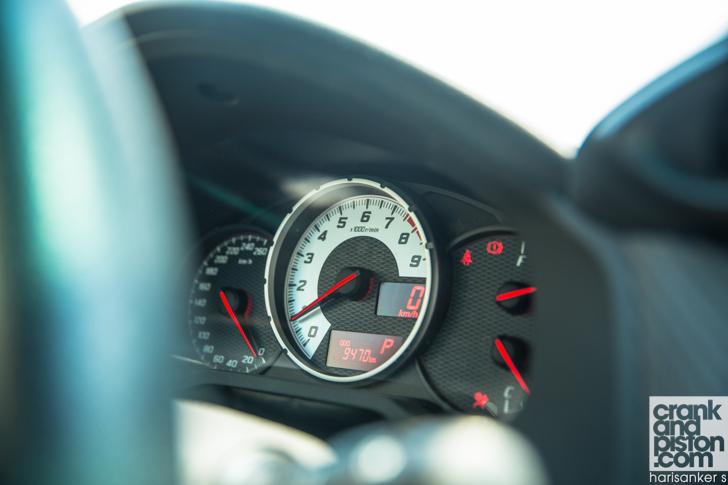 Once you’re in though, there are some benefits (not including the cramped rear seats, which you may as well rip out to save weight). The 197bhp power output from the 2-litre boxer four-cylinder remains the same as does the 150lb ft of torque: with the 86, Toyota has never been overly interested in anything as brash as ‘power’. Consequently the TRD Sport Pack focuses mainly of cosmetic upgrades, the most significant of which being a new rear spoiler and side skirts, a revised front grille and bumper, larger brakes, dual chrome exhaust tips, and the obligatory TRD emblem. It does ramp the starting price up to just under $37,000, but it’s hard not to be impressed with the new look.

Also included are a front strut tower bar, door stabilizer and brace set for improved manoeuvrability, a lack of which the 86 has rarely been criticised for. It should be interesting to see how, or indeed if, these limited mods improve the performance even more so during our loan period. And such is our enthusiasm for the Toyota 86, that’s going to be a tall order… 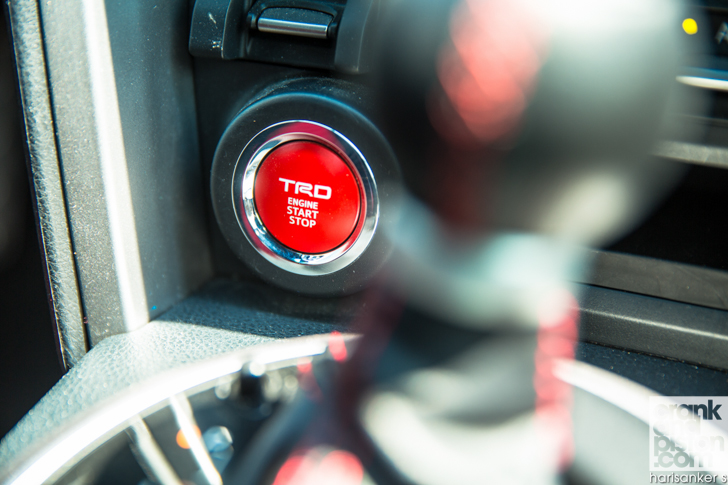 Bar the racing seats and the six-speed automatic transmission in place of a proper manual, it’s business as usual with the 86, save the leather-clad steering wheel. There’s a new touchscreen infotainment system (plus Bluetooth) that replaces the old-school cassette deck previous 86 owners may already be used to. To really slam home the Racing Development treatment home, a bright red starter button also replaces the turn-key ignition switch. All this once you have managed to deposit yourself in the TRD bucket.

Right. Now…how do I get out?