“A 1.4?!” The responses from virtually everyone I’ve told about crankandpiston’s new long-term Volkswagen Golf Mk 7 contain the same phrase, said in a variety of tones ranging from incredulous to pitying. 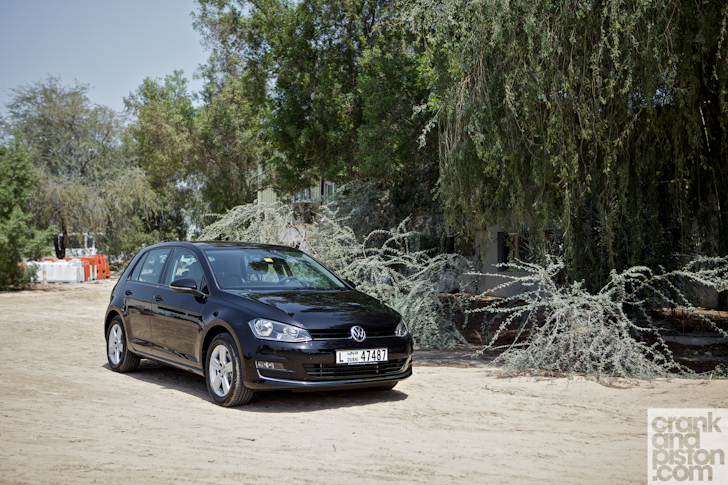 It’s true. Even in the modern age, the capacity of an engine says a lot to the masses about a car. Generally, and especially in the Middle East, bigger is better. So when the region’s most popular Golf – the GTI – has a 2.0-litre engine, the 1.4 in our new arrival gets the kind of response reserved for the divulgence of an unpleasant disease.

Which is a shame, because this isn’t a 1.4-litre of 20 years ago, with 70bhp and a straining wheeze to it. This is Volkswagen’s latest TSI engine, and with the addition of a turbocharger, it makes 138bhp. That’s the same power output as, just a few years ago, you’d have expected from a 2.0-litre. 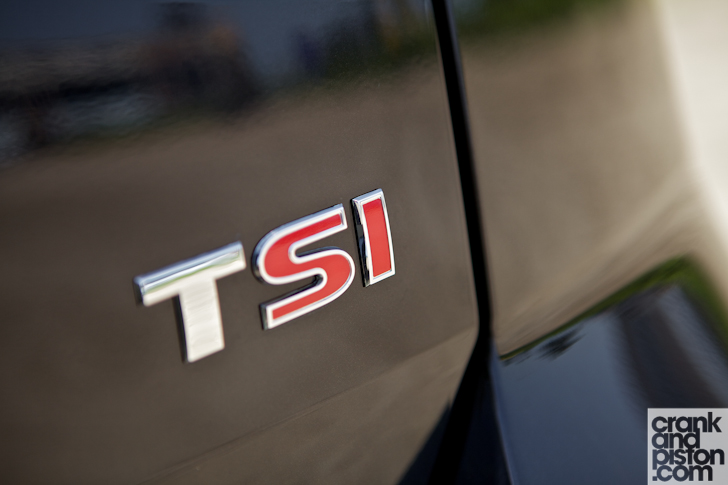 Sadly, it’s not the excellent 1.4 TSI TwinCharger engine that won Engine of the Year plaudits a couple of years ago. That used both a supercharger and a turbo to create a virtually seamless delivery of power way in advance of its humble size. But it was expensive, and as Volkswagen chases numbers in its attempts to be the world’s biggest manufacturer, it’s been ditched. 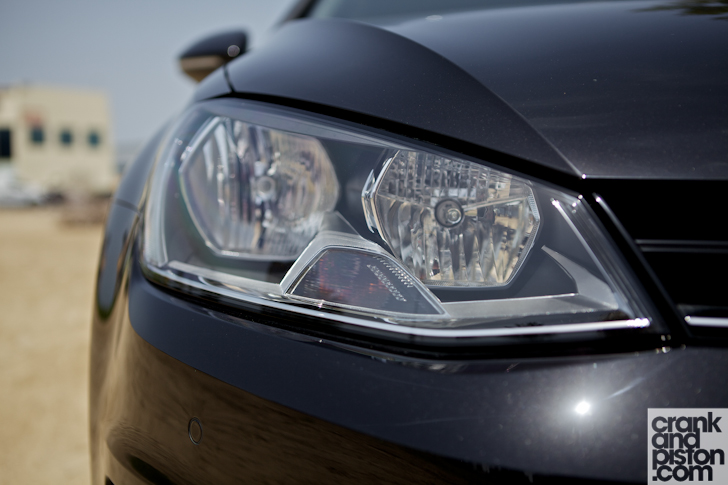 Still, 138bhp isn’t to be sniffed at, especially when it’s housed in the new Mk7 Golf. I’d barely got used to the Mk6 being out (has it really been five years?) and already we have a swanky new model of Volkswagen’s icon. Looks wise, it continues to be an evolution rather than a revolution compared to the outgoing model, but it’s nevertheless a fine balance of sleek and contemporary without being over-the-top. Golfs have always managed to appeal both to the everyman and the enthusiast, and we’re expecting the same from our new arrival over the next few months. 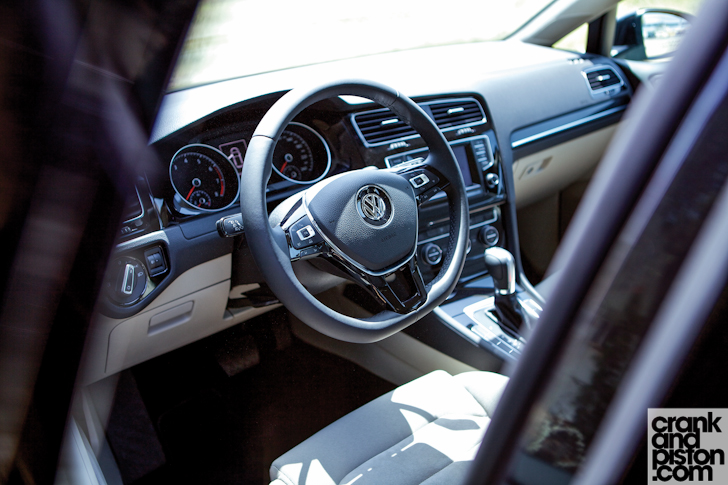 Early impressions are extremely positive. We picked the Golf up with just 95km on the clock, resplendent in its Deep Black Pearlescent paint. The interior is instantly familiar to anyone who’s been in a Golf in the past 10 years, but it’s updated nicely from the previous model and has a new generation multimedia system, with Bluetooth phone and music connection and an iPhone/iPod adaptor in case I need to charge it.

This is a mid-range car, so it’s got cloth seats and no sat-nav, but it does feature cruise control and Climatronic automatic air conditioning. For the first time, the cruise control buttons are mounted on the steering wheel, which already seems easier to use than the slightly awkward stalk-mounted controls found on the Mk6 (and the Scirocco). 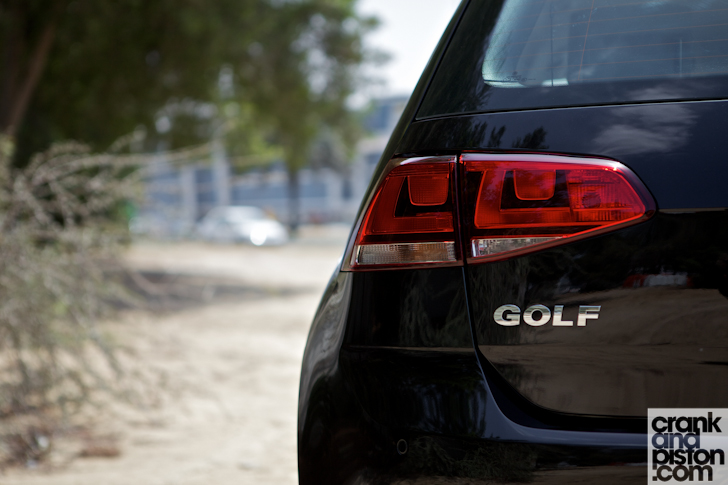 Our time in the Golf has so far been limited, but already it seems like it’s a cut above the previous model in terms of the way it drives. The seating position is excellent, the driver’s chair lowering to the floor and adjusting every which way for the best position. The steering is meaty – not too heavy, but with enough heft to give a feeling of connection to the front, and there’s a fantastic feel of solidity to the whole car, both in the way the materials are screwed together and in its road-holding. This isn’t a GTI, but already it feels like it could put a smile on the face and engage the driver rather than just serve as mere transport.

Time will tell. We’ve got the Golf until at least the summer, so we’ve got plenty of time to put it through its paces. But it should be warned, we’re expecting some pretty big things from it.