This is the first shot of Bentley‘s forthcoming luxury SUV, the Bentayga. 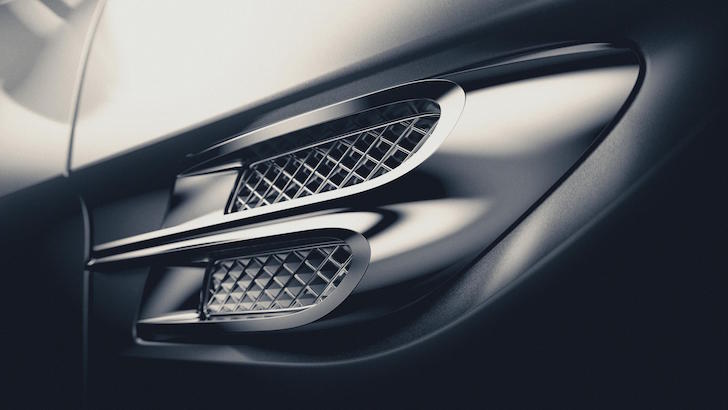 Bentley has announced that its long-awaited production SUV will be called the Bentayga, and it’s released this first teaser picture of a wing vent.

The finished article will be revealed later in the year, but for now, we’ll have to mull over the name. The moniker comes from the Roque Bentayga mountain in the Canary Islands. According to Bentley, the peak “draws attention from all directions and a challenging climb rewards with spectacular panoramic views of a rich and diverse landscape”, which we translate as an analogy for the Bentayga’s creation. The first Bentley SUV concept, the EXP 9 F, was received less than brilliantly and forced a hasty backtrack and redesign. Hopefully such a “challenging climb” rewards customers eager for a luxury SUV with “a spectacular panoramic view of a rich and diverse interior”. Or something.

Anyway, more details are scarce, but judging from the press release that accompanied this photo, the Bentayga will be be designed to perform both on and off-road, and will go on sale in 2016. Bentley has set up a dedicated website HERE for its new machine.