This is the most mental version of yet of SRT’s Viper. So, how will it fare around the Dubai Autodrome. crankandpiston.com finds out

You join me on the main straight of the Dubai Autodrome, sitting bolt upright in a carbon fibre backed bucket seat barrelling into the first corner at well over 200kph, the bass fury of a roaring V10 making it nearly impossible to hear my instructor. The orange cone that marks my braking point whizzes past my field of vision and I stand on the middle pedal, the act of doing so – thanks to the massive Carbon Ceramic brakes at my disposal – knocking the air from my lungs. Down a couple of gears and I’m pointing the nose at the apex before winding the power back on. And there’s no movement. None at all. The front end is pinned to its line, the rear obediently following suit. The only subtle shift of momentum is my helmet as it makes a bid for freedom through the driver’s side window.

It boggles my mind that, not only has my neck survived this assault, but that the weapon I’m throwing at the track is 100 per cent road legal.

Rewind the clock two hours, where you’ll find me in a less than bolt-upright position being given the ins and outs of the SRT Viper ACR, first seen in the region back at last year’s Dubai Motor Show. It’s the latest in a reasonably long line of American Club Racer machines that first appeared in 1999 as a performance-focused edition of the second generation Viper, and while its debut last year was overshadowed by two 707bhp Dodge Hellcats, it wasn’t long before the ACR was making headlines: in the space of just a few months, the ACR broke 13 production car lap records at select motorsport venues across America, Laguna Seca and Road America included. It not only set the Viper ACR up for a stab at the Nürburgring’s production car record (an accolade its predecessors held in both 2008 and 2011), but it also gave the ACR more lap records than any other production sports car on sale today. All the more impressive considering that – just to remind you – this demon is 100 per cent road legal. 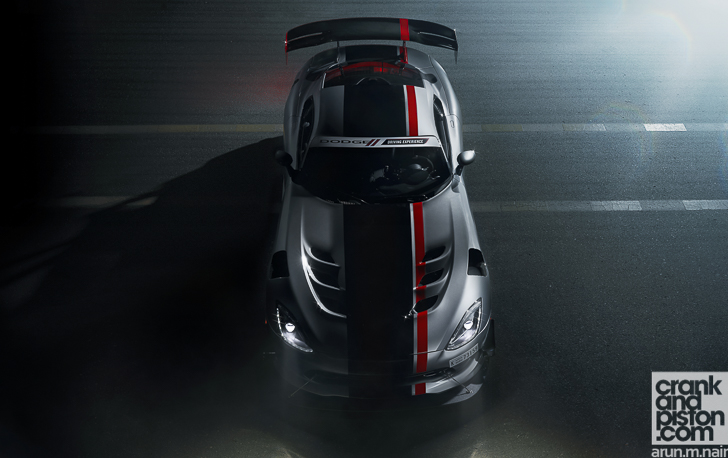 It’s these accolades that are causing my mind to wander during a slightly-too-patronising driver’s briefing. Though our genial hosts are keen to make sure we know the correct lines and the optimum seating position – understandable when dealing with a $122,500 supercar – I can’t help but stare at the star of today’s show itself, stage left. On top of the Viper’s already threatening physique lies the Extreme Aero Package, SRT’s most performance-focused setup. The enormous rear spoiler, an extended front splitter and carbon fibre rear diffuser makes the overall look even more badass, as well as providing nearly one ton of peak downforce at 285kph. Sneeze under those conditions and you’ll probably lose an eye…

“In the space of just a few months, the Viper ACR broke 13 production car lap records, more than any other production sports car on sale today”

Clearly my muted musings have attracted the attention of Michael Mintgen, head honcho of the three-man engineering outfit sent from Germany specifically to maintain the Viper for today’s track test. The team was also on-hand during the 2011 Nordschleife lap record attempt, done – thanks to the sudden onslaught of rain – in just two laps and with only 30 minutes to work with. Good God, what kind of machine is this?

“This is the most extreme package you can buy at the moment,” he mentions, offering a mighty handshake as he sits down beside me. “The brakes are huge – 390mm on the front, 360mm at the rear – with big calipers. We’ve also adjusted the dampers and springs to lower the car for more downforce. That took a while to get right, because if you go too low, the car bottoms out and you lose the balance: those dive planes can only do so much. And those tyres” – pointing – “are specially developed by Kumho Ecsta for this car: at the back we’re running 355/30m, which are the biggest you can get.”

So, how much running has the car done since it arrived? 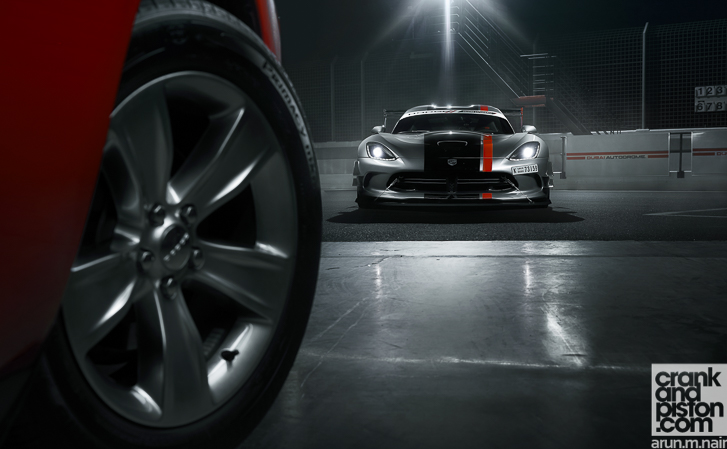 “A lot! I’ll have to check to see how many laps we’ve done” – turns out it’s close to 100 – “but the car arrived with 10km on the clock, and this morning it creeped over 850km. Y’know what’s even more impressive? We haven’t had a single mechanical issue with the car. We haven’t even changed the brakes.”

That last part grabs my attention in particular. Impressive, absolutely, but does that mean the ACR is now on borrowed time? A customs issue means replacement Kumhos shipped from the US are still trapped in Abu Dhabi, and though there should (just) be enough rubber left to complete my run, the prospect of a mechanical failure arriving at the 11th hour and bringing my drive to a close is more than I can bear.

“There’s nearly one ton of peak downforce at 285kph. Sneeze under those conditions and you’ll probably lose an eye”

Still, chin up, quite literally in fact as I’m shuffled away from the Viper to grab a helmet before being introduced to ADAC GT Masters and VLN regular Heiko Hammel, my instructor for the day. Cue another firm handshake. Must be something they put in the water.

“First thing you must remember is that you can’t drive this like a Porsche or Audi R8,” Heiko explains. “It’s completely different: it’s a Viper and it’s baaad! So you have to drive aggressively to drive fast, because the rear wing and the diffuser give you so much traction. When you’re really on the limit you must work with the car, because otherwise it will show you no mercy.” 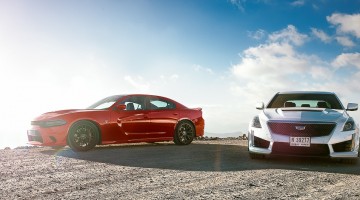 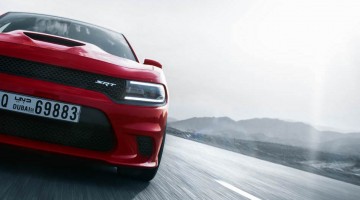 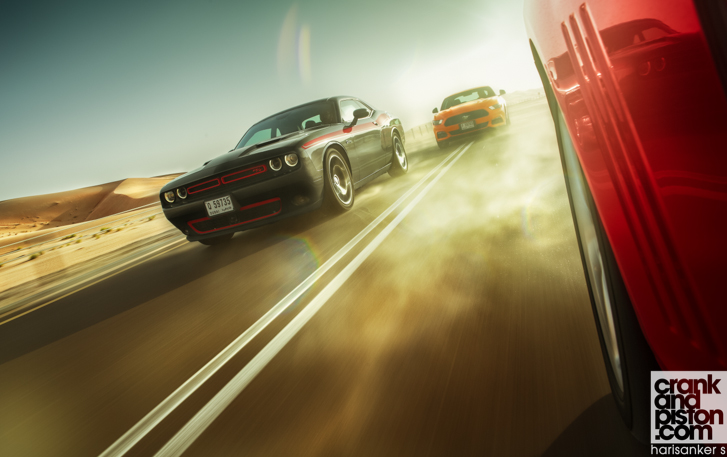