Portuguese former rally co-driver Ricardo Santos depicts some of the most iconic motorsport names from the 1980s and 1990s to print in colourful and retro style.

Those of you with subscriptions to Turbo, Portugal’s oldest car mag, will already be familiar with the work of Ricardo Santos. The Portuguese former rally co-driver may have spent his career competing in Citroën AXs (primarily on home turf between 2002 and 2005), but his distinctive artwork depicts some of the most iconic names from the rally stages and the circuit throughout the 1980s and 1990s.

Amongst Santos’ Formula 1 pieces are tributes to Juan Manuel Fangio’s W196 (which took him to both his second and third titles in ’54 and ‘55), Aryton Senna’s Lotus 98T from 1986, and the Renault RE30 (which brought eventual four-time F1 champion Alain Prost three Grand Prix victories in 1981), as well as Francois Cevert, former teammate at Tyrrell to Sir Jackie Stewart (who also makes the grade) who tragically met his maker in 1973 at Watkins Glen. Even Martin Brundle’s 1993 Ligier JS39 and its distinctive Hugo Pratt livery make the grade, adding to Santos’ retro and colourful style. 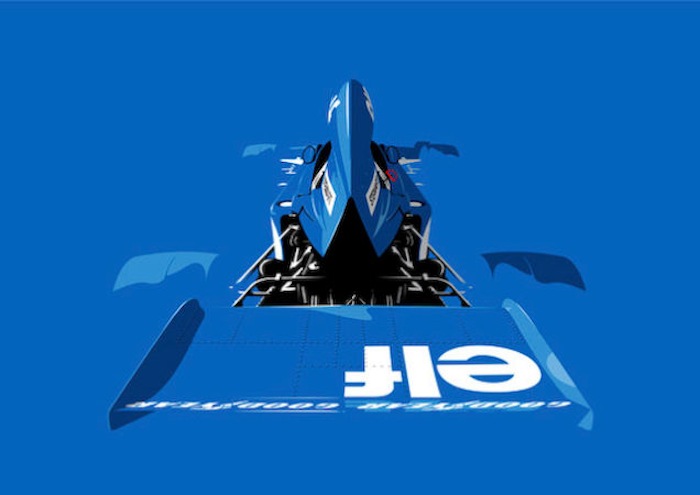 From the rally stages we find representations of some familiar names like the Stratos HF, which took Lancia’s first three world rally titles (’74-’76), and the Delta S3, which took its final six (’87-’92). Much has been written lately about 1981 WRC champion Ari Vatanen’s decisive run to his first victory on the Paris-Dakar Rally in ’87 for Peugeot, which returns to the endurance stages in 2015. Little has been written however about Vatanen’s colossal roll at the same event in the 405 T16 in 1989, an accident from which the Frenchman walked away unscathed and still managed to take victory.

And if you have a penchant for colourful sports cars on your living room wall, Santos has also committed the BMW M1 and Porsche 962C – that of two-time 24 Hours of Le Mans winning fame in ’86 and ’87 – to the canvas. All examples that can be bought as a canvas, framed prints, pillowcases, iPad and iPhone cases, and t-shirts.

And if that’s not enough for you to unlock the chains to your wallet, allow me to end with just three words. MG. Metro. 6R4. 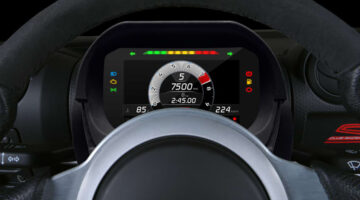