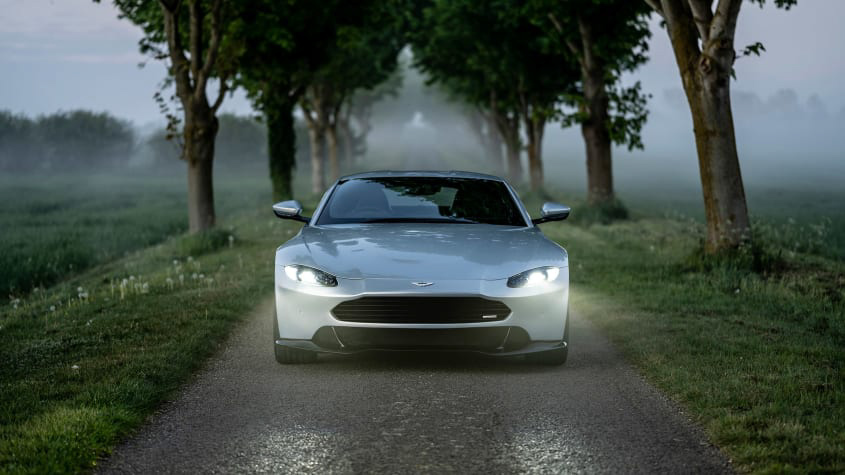 While there are plenty of ‘tuners’ doing dubious modifications to performance and luxury cars, British carbonfibre supplier and manufacturer Revenant Automotive has done something a little different. Rather than designing extra, Revenant has gone the other way by designing a new nose for the Aston Martin Vantage that’s instead a more subtle take on the standard design.

The Vantage’s controversial ‘hunter’ front grille has been a topic of disagreement since launch, to the point where even Aston Martin itself now offers a second slatted grille option, but if neither appeals, Revenant’s new option might.

Designed around a much smaller opening in a shape not dissimilar to that found on the previous-generation V8 Vantage, the slimmer grille is paired with a separate lower opening and splitter that artfully bleeds into the factory side skirt.

Revenant has also designed a new rear bumper, although not fitted to the car in these images, that is again a more subtle look compared to Aston’s standard unit, with a more substantial horizontal design theme and motorsport-inspired diffuser.

Both front and rear bumpers are constructed from carbon and can be further personalised with various nose-cone colours and diffuser finishes; it will even mask off sections of the bumpers leaving the weave exposed under a clear lacquer.

Manufacturing bumpers from carbon is a notoriously expensive exercise per unit when in full production, but in low volumes is more cost effective than traditional polyurethane. This capability of designing bespoke elements with a big investment beforehand is part of the reason coachbuilding has seen a renaissance in recent years.

Whether Revenant Automotive has done a better job than Aston Martin’s in-house design is a talking point, rather than the design itself.