Renault as a work entry returns to Formula 1 for 2016, eight years after the French marque’s last win. 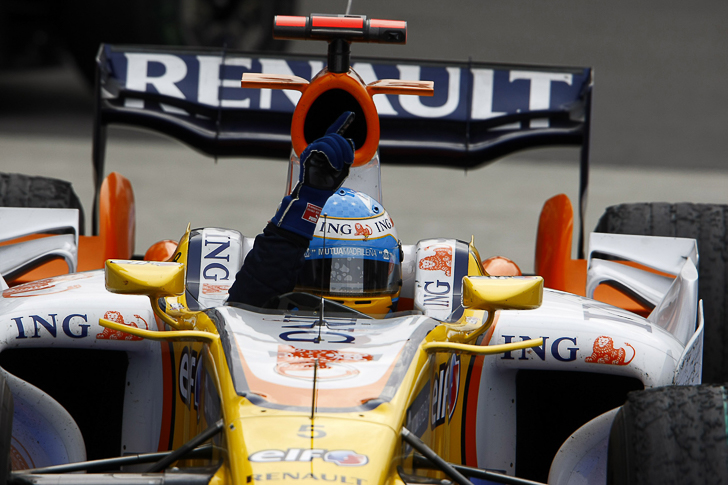 After months of speculation, Renault has completed its purchase of the Lotus F1 Team and will compete as a full manufacturer entry in Formula in 2016, five years after its last full season.

You’ll have to thumb through the history books a little further though to find the last time Renault won an F1 race without Red Bull branding. That came courtesy of two-time World Champion Fernando Alonso at the 2008 Japanese Grand Prix, just one week after his victory in Singapore from 14th on the grid. And we don’t need to tell you the significance of that race…

In Fuji however, the Spaniard’s weekend got off to a better start, Alonso putting his heavy shunt from the year before behind him to take fourth on the grid behind both McLarens and Kimi Raikkonen’s Ferrari. A good start, plus a massive lock-up from Hamilton after a poor start, saw the Spaniard take second early on, and soon the lead. He didn’t look back.

Championship leader Lewis Hamilton fared less well, a poor start and an ambitiuous late-braking manoeuvre into the first corner dropping him down the field, contact with Ferrari’s Felipe Massa dropping him to the back and a quiet race netting a lowly 11th. Fellow Brit David Coulthard even worse, failing to complete a single lap after a massive shunt.