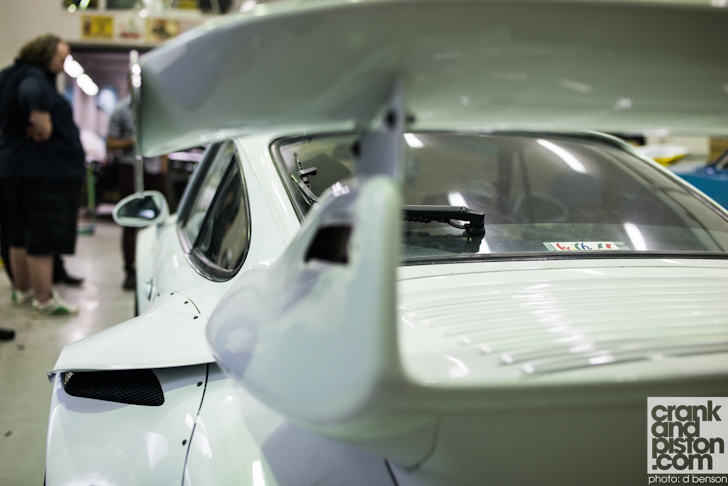 There is a moment of panic when neither the front nor rear splitter can be found, which is costing Nakai-san time he doesn’t have (despite his 14-hour work days).

Eventually they’re found in a large box under one of the workbenches, left there naturally ‘for safe keeping’. Most of us breathe a sigh of relief, though Nakai is already reaching for another Winston and moving onto the next job. He’s keen for all of the grilles to be black, a nice contrast to the white exterior. Out comes the green ticker tape to cover the edges and a can of BBQ and Stove black paint. It’s incredibly basic, and I can’t help but smile at the rather unusual tools, but the process is still done with delicacy. Passion, remember. 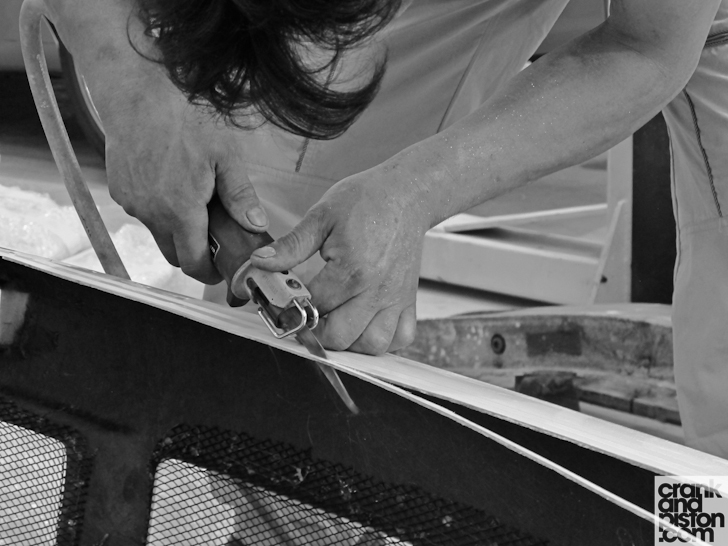 Grilles painted, Nakai-san moves onto adjusting RWB Mk. II’s front and rear bumpers, a task which is both mesmerising and bizarrely nerve-wracking in equal measure. After staring at the gutted front of the 964 for several minutes, Nakai grabs his electric saw – one of several hundred items he has brought with him in his trusty hold all from Japan – and starts cutting. Just like that. No measuring, no lines drawn, nothing. It’s rather reminiscent of the artistic stream of consciousness, something you probably wouldn’t want your local mechanic to practice whilst servicing your Jaguar XFR but one that conveys supreme confidence in the artist’s work. Nakai-san doesn’t even pause while the rest of us cross our fingers: he knows the cuts he’s making are the correct ones. 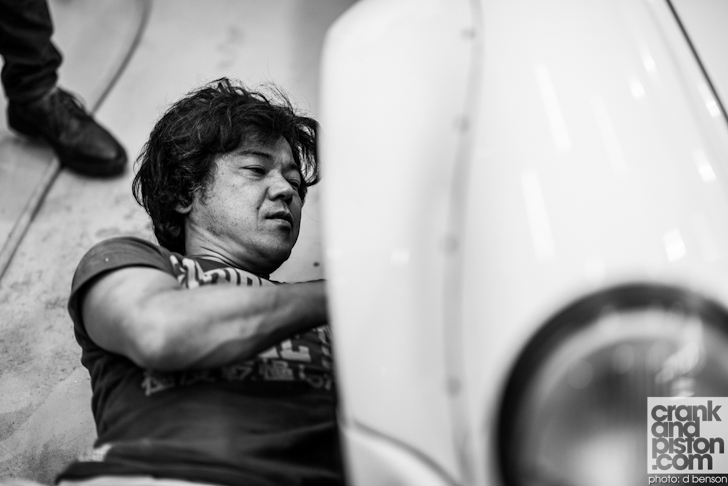 A couple of pauses to double check and sand off the edges, and the bumper is ready to be fitted. Naturally, it fits perfectly, and those of us standing and watching (sorry, chronicling) the work are staggered; how is it possible to be that specific? Nakai-san does the same with the rear bumper and the side skirts before moving onto the wheel arches.

Nakai’s English is limited – but is incomparably better than my Japanese – and he explains why the ride height of the splitters and bumpers is so important: “these are very different roads. They are smooth. If they’re not, I have to change things. But it’s no problem.” He’s got a point: the last thing the new owner needs is for the front splitter to disappear under the front wheels at speed because it hasn’t been adjusted for Dubai’s rather chaotic road network. 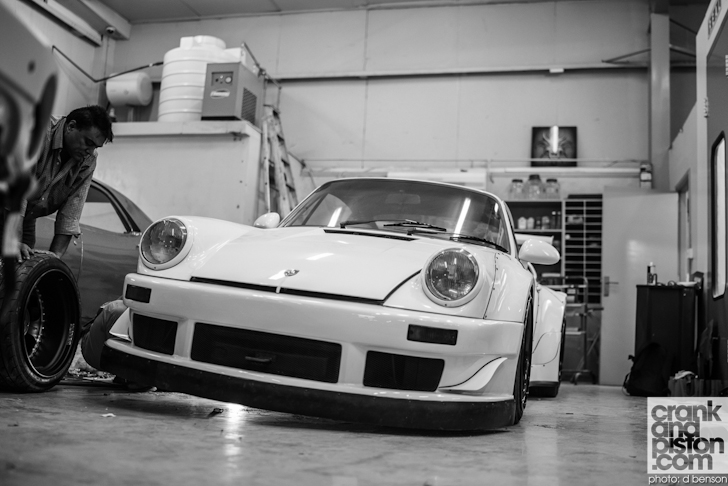 It’s a pickle, and even though the bumper is running almost perilously low, Nakai flicks me a thumbs up to say all is well. With that, he picks up another Winston, takes a quick swig from his coke can, and sets to work on the rivet holes for the wheel arches.

Several times the Japanese artist’s head disappears inside the arch to see progress from underneath – currently all four 18-inch RAUH-Welt wheels are stacked in the corner, the last items to be fitted – before beginning the drilling. Again, it’s all from memory rather than meticulous measuring. Once drilled, each hole is fitted with a black rubber washer, to make sure the joint itself stays firm but also to emphasise that they have not been welded in-place: it’s an iconic look he wants to maintain for his ‘number one’ Porsche projects. 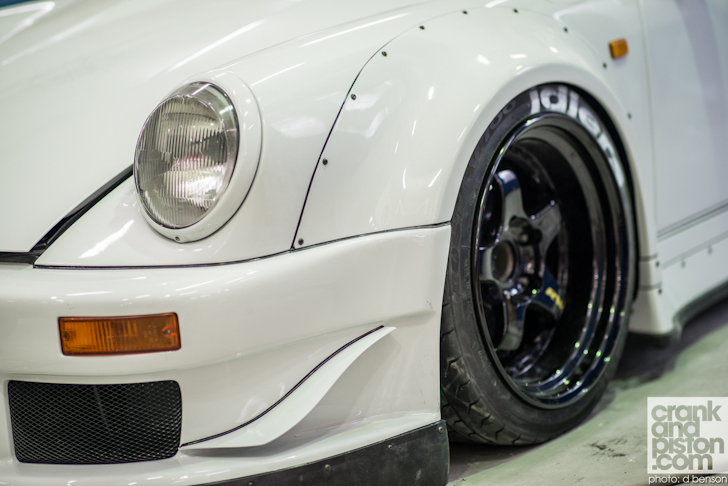 Whilst Nakai begins work on the front tow hook, Zafer – still amongst the interest spectators – recounts how he was almost in shock when Nakai went to similar work on Dark Romantic.

“He thought a tow hook would look good through the front grille,” Zafer explains, “and I was fine to go with that. But he didn’t measure anything. He just looked at the bumper for a while, picked up the saw and started cutting. That made me pretty nervous! When he’d finished and the tow hook was in, the guys in the shop measured the spacing, and it was identical on each side. I don’t know how he does it!”