The 2013/2014 Qatar National Drift Championship got underway in its traditional flamboyant style recently this past week with Amhed Allouh in the Pro category BMW E36 drawing first blood. 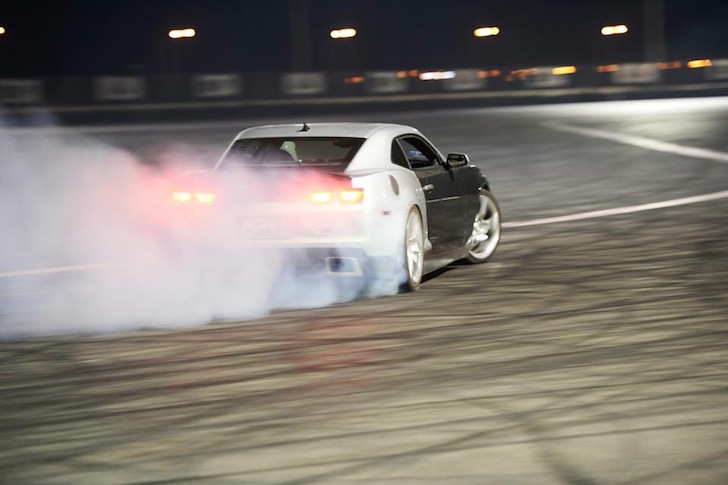 Stock class honours meanwhile went to Mubrak Al Dossary in the Nissan 350Z ahead of Al Ibrahim (doubling up in Qatar) and Waled Salim (Chevrolet Camaro SS). Ahmad Abuirshaid and Mohammad Al Massri made it four Nissan 350zs in the top five, Ahmad Al Kuwari upholding GM honour by sticking his Chevrolet Lumina SS sixth in the Stock class. Top speed (84kph) was the highlight of Hassan Abu Hamad’s night in the Subaru Impreza as he trailed in tenth.