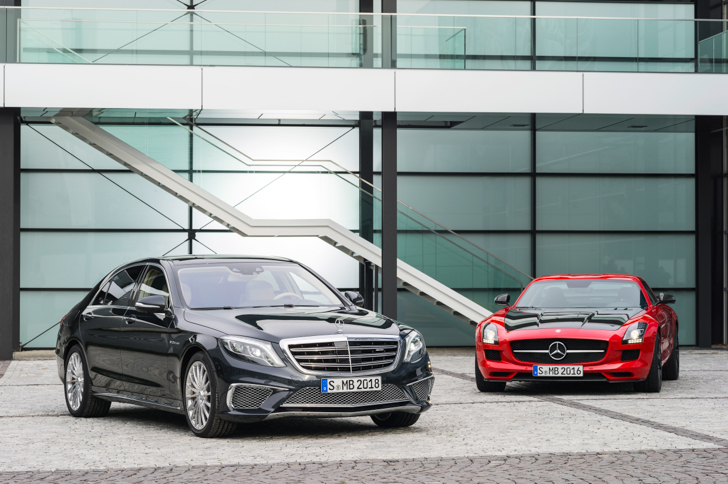 Petrolheads will wave goodbye to the Mercedes-Benz SLS when the SLS AMG Final Edition makes its world debut at the Tokyo Motor Show, coinciding with the S 65 AMG’s first global appearance at the Los Angeles Show. Few details of the new SLS AMG Final Edition have been unveiled, though the 6.3.-litre V8 – boasting 591hp – remains intact. Only 350 examples of the model will be available.

After a glorious three-year production run, those gullwing doors make their three-pointed star swansong when the Final Edition takes on Tokyo at the end of the month. Since taking the mantel from the SLR as Mercedes’ flagship performance machine, the world has applauded – and been terrified of – the SLS in its various guises, including the roadster, the GT, the track-going GT3 (which took victory at 24 Hour events at Spa-Francorchamps, the Nürburgring and Dubai this year alone as well as the Blancpain Endurance Series), and the insane SLS Coupe Black Series. Even a hybrid version of the V8 monster made an appearance at the Geneva Motor Show. 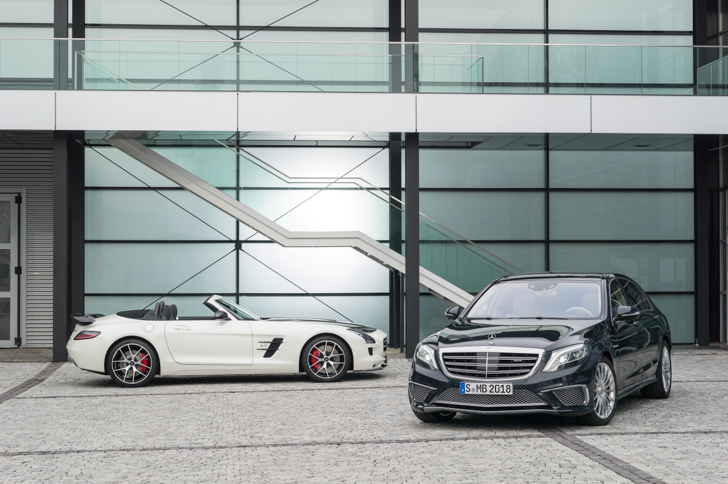 Over in Los Angeles, the new Mercedes-Benz S 65 AMG is set to make its global debut. Sporting a 6.0-litre twin-turbocharged V12 that chucks out 630hp and 737lb ft of torque, the S-Class’ steroid pumping bigger brother will hit 0-100kph in 4.3 seconds and an electronically limited top speed of 250kph. The 5980cc unit is mated with AMG’s ‘Sportshift’ seven-speed transmission, while other performance enhancing systems include AMG sports suspension, a high-performance composite brakes and AMG sports exhaust. Exterior modifications include a V12 radiator grille, front splitter and rear diffuser, and various bits of chrome detailing, while the new 20-inch AMG forged alloys are shod with 255/40 R 20 and 285/35 R 20 tyres respectively.

For a preview of the power likely to be available, check out crankandpiston’s drive of the ‘baby’ Mercedes-Benz S 63 AMG. 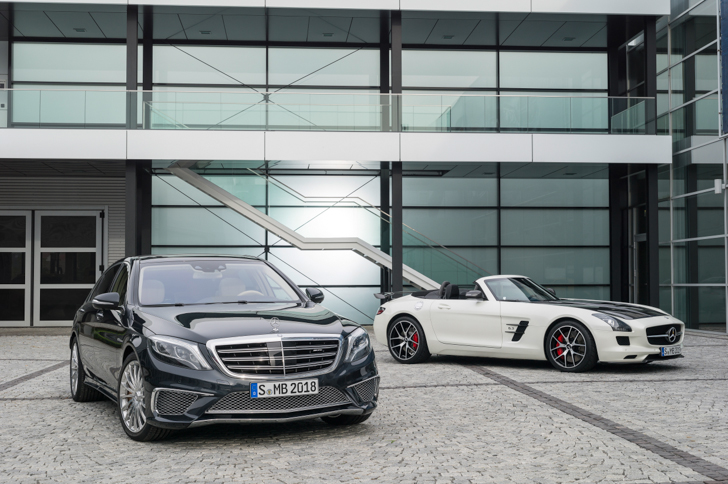