Hyundai takes its rear-wheel drive people carrier to the Nth degree, but with a catch 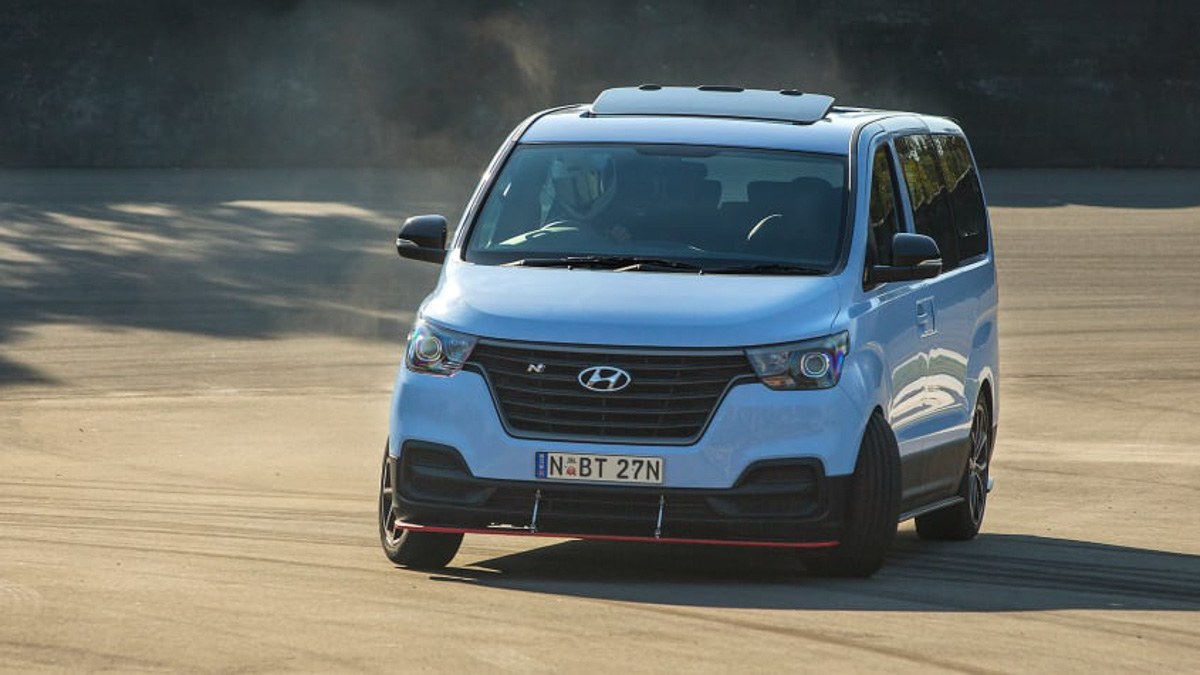 We’ve been waiting to see what Hyundai N division’s next project would be after the rather excellent i30 N (US-only Veloster N notwithstanding), but even we didn’t see this coming. The Hyundai iMax, known as the i800 is an eight-seater people carrier based on the iLoad commercial vehicle, and while its performance variant potential might seem thin, Hyundai Australia didn’t seem to mind, revealing the mildly insane iMax N anyway.

Unfortunately, this is a one-off model, but it didn’t limit Hyundai’s ambition of making this a rather serious performance machine. Starting under the bonnet, the standard four-cylinder diesel usually found under there has been swapped for a 3.5-litre twin-turbocharged V6 petrol engine, producing 394bhp and 406lb ft of torque.

Like many commercial vehicles of the size, the iMax N is actually rear-wheel drive, and so has been fitted with a welded rear differential for maximum drifting potential. But it’s not just the power and drivetrains that have been fiddled with, as Hyundai has also fitted an uprated adaptive suspension system, as well as beefed-up front brakes and the bi-modal exhaust system from the i30 N. Even the wheel hubs have been changed over from the standard six-lug units to a five-lug set-up in order to fit the 19-inch wheels and tyre package of the i30 N hot hatch.

Outside, the iMax N has been painted in the iconic Performance Blue colour scheme, with pops of red on the splitter, and even the i30 Fastback N’s lower rear bumper treatment, complete with the triangular fog lamp.

The interior has also been given the N treatment, with familiar sports seats up front and two bespoke three-seat benches behind for a maximum eight-person capacity. These rows have even been upholstered in the same suede-effect fabric and leather trim, with identical blue stitching and embossed N logos. The i30 N’s steering wheel is fitted with paddles for the automatic transmission which is standard, as are the neat active dials.

Hyundai says that the iMax N, which with eight-up features a perfect 50:50 weight distribution, will be entered in a selection of time and drift trial events in Australia. Unfortunately, it’s not road legal, but perhaps does a much closer impression of a genuine performance van variant than Renault’s iconic Espace F1 of the 1990s. Even though this might not be the N variant we’ve been waiting for, it shows plenty of promise for Hyundai N’s burgeoning future.