Prodrive to enter the Dakar in 2021 with Bahrain Raid Xtreme 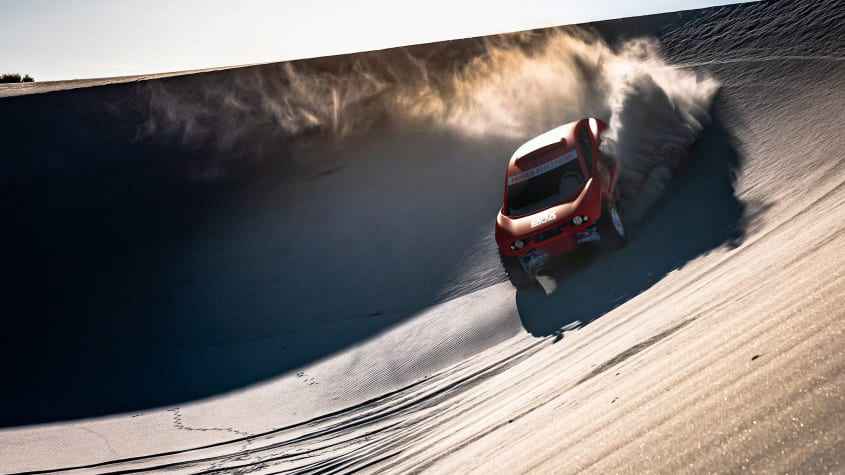 Prodrive has announced a collaboration with Bahraini racing team Bahrain Raid Xtreme in the design and manufacture of a Dakar racer set to compete in 2021. Together, the team will be gunning for the outright win with the multi-million pound partnership, making Dakar racing Prodrive’s biggest development and supply contract.

Bahrain Raid Xtreme is the Bahraini crown’s own racing outfit, which has established the ‘Prodrive International’ joint venture with the Banbury-based racing company. Prodrive itself is better known for its work with Aston Martin Racing and production car consulting with Subaru in the late ’90s, making the switch to Dakar a big move for the brand.

The racer itself will be called the Dakar Rally T1, and will be built from a tubular steel chassis clothed in a combination of carbonfibre and composite panels. The body is from former Jaguar design director Ian Callum and sits atop the bespoke front-mid-engined chassis design. Suspension is double wishbone at all four corners, with rally raid specification twin adjustable dampers.

BRX team director David Richards commented: ‘The Dakar Rally is one of the great challenges within motorsport, and one that Prodrive has been wanting to undertake for a long time; waiting for the right opportunity. The idea came from HRH Prince Salman; for Bahrain to enter a team. That was the birth of BRX.

‘Our design team has been working on the car for over nine months. We have already been evaluating the engine on our transient dyno in Banbury and the first chassis is now being assembled in our workshop. The formation of a new team is incredibly exciting for everyone involved, and we truly believe we have created a team and car that is perfect to take on the Dakar Rally.’

Powering the T1 is a dry-sumped version of Ford’s 3.5-litre twin-turbocharged V6 engine connected to a six-speed sequential racing gearbox, sending power to all four wheels via three locking differentials. Peak power is rated at 400bhp, with torque peaking at 516lb ft.

Although it might sound like a foregone conclusion to assume all Dakar rally raid cars feature four-wheel drive, it’s not always chosen for the sake of durability and the expected terrain. In 2021, the Dakar will return to the Middle East, where it will run a 12-day calendar snaking its way around Saudi Arabia, starting and finishing in the ancient desert town of Jeddah. 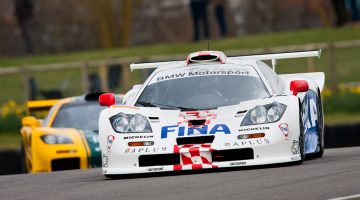