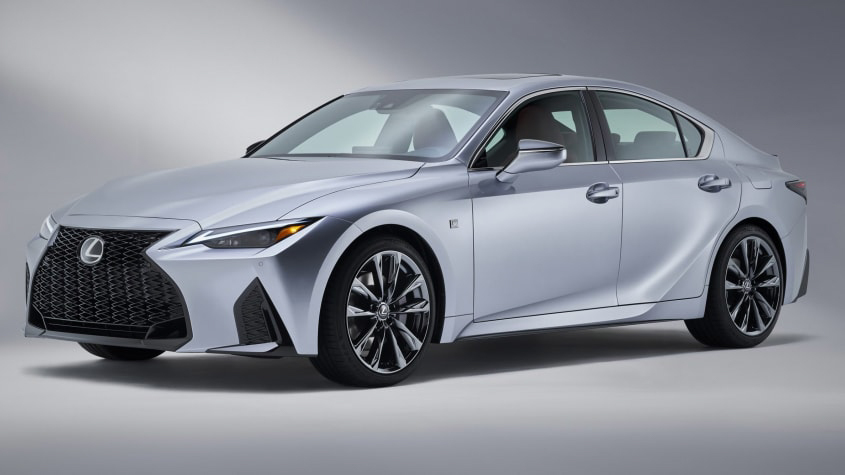 Lexus launched the original IS saloon back in 2001 as an aggressive attempt at rivalling the European compact executive saloon, typified by models such as the BMW 3-series. After three generations, the Lexus IS saloon has continued with varying degrees of success depending on the region, but Lexus is giving it another go in 2020 with this new model. Unfortunately, Europe has not been one of the markets the IS has cracked.

There’s more to the new IS than it just being another non-EU Lexus model though, as Toyota CEO Akio Toyoda’s continued efforts to create dynamic and interesting cars has not been forgotten with this extremely comprehensive update. It’s the first Lexus model engineered with a new development philosophy and the utilisation of Toyota’s enormous new Shimoyama testing facility modelled specifically for honing chassis dynamics.

The new IS saloon isn’t quite all-new though, sharing the same basic chassis as the previous model that first saw light back in 2013. Dimensionally, the new IS is subtly bigger, being 30mm longer, 30mm wider and 5mm taller than before, making it much the same size as the current G30-generation BMW 3-series.

Underneath, the previous model’s double wishbone front suspension has been retained, but Lexus has systematically reduced weight within the component set, with new forged aluminium front arms, lighter wheel hubs and 20 per cent lighter springs. The body’s suspension pickup points have also been revised to fit a larger 19-inch wheel and tyre package, while revised stiffening structures around the front towers, radiator supports and C-pillar also add overall rigidity to the body.

F Sport models will also make a return, with more substantial enhancements to the suspension tuning compared to standard models, including revised spring and damper rates, retuned steering calibration and the aforementioned 19-inch wheel and tyre package. F Sport models can then be optioned with the Dynamic Handling Package, which bundles adaptive dampers, lighter forged 19-inch BBS alloy wheels and a Torsen limited-slip differential (RWD only).

The new IS saloon’s powertrains are carried over from other Lexus models, with the entry-level IS300 RWD featuring a 240bhp turbocharged four-cylinder petrol engine and eight-speed automatic transmission. Oddly, the IS300 AWD ditches both elements for a low-output 3.5-litre V6 with 257bhp and Lexus’s older six-speed auto. The flagship IS350 is the only model available in F Sport form, and includes the same V6 engine, but with a more substantial 307bhp peak power figure. Rear-wheel drive and all-wheel drive drivetrain options are available on the IS350, with corresponding eight- or six-speed transmissions on RWD and AWD versions.

There’s no word on the availability of any hybridised powertrains, but it does go some way to explaining why Lexus has decided to not bring the new IS to Europe considering the current IS is only available in hybrid form in local markets.

While the fresh design keeps the exterior looking fresh, the IS saloon’s ageing roots can be seen in the interior design, which has only received a very light refresh, with a subtly reshaped upper dash and a new 10.3-inch touchscreen infotainment interface.

Why Lexus (or more specifically Toyota) decided to maintain an already seven-year old chassis for such a substantial update is the bigger question. One answer could be Toyota’s rumoured partnership with Mazda in the development of an all-new rear-wheel drive chassis and straight-six powertrains that will go on to feature on the new Mazda 6 and a future generation of Lexus IS. The limitation to this new collaboration is timing, as the proposed new chassis is still a few years away, leaving Lexus in a tricky position whether it revises the current model and swallows the cost of a short life-cycle, or leave it stagnant until the new model arrives.

With the launch of this new IS, Lexus has obviously taken the first option, then explaining the old interior and limited market availability. Either way, with a renewed focus on beating the Europeans at their own game, it seems a shame not to test the claim on local ground.

Previous ArticleProdrive to enter the Dakar in 2021 with Bahrain Raid Xtreme
Next Article eSports explained – how big will virtual motorsport get? 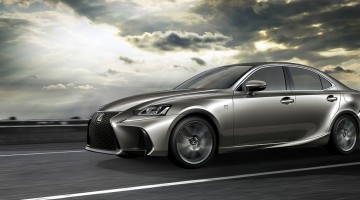