Official Trailer for a forthcoming film on Taka Aono and his Toyota AE86 competing in Formula Drift. 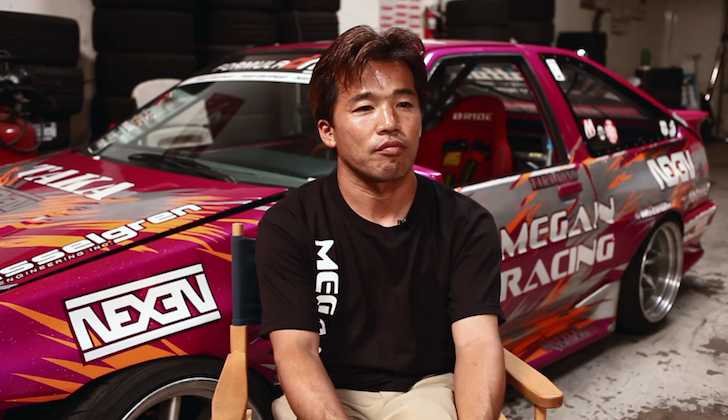 The Toyota AE86 is possibly the car that defines drifting more than any other. Its lightweight chassis and high revving 4age engine made it a legend on the touge and, when the relatively modern phenomenon of competitive drift kicked off, the AE86 stood toe to toe with much higher powered cars. In recent years the Hachi-Roku’s reign has been usurped by newer, faster and more powerful machinery and the ‘little car that could’ has almost been forsaken by drivers in professional competition.

2012 marked the first year in the history of Formula Drift where there was only one AE86 on the grid at every competitive round. It was driven by Taka Aono – who has competed in every round of Formula Drift since it’s inception in 2004 – and always in a Hachi-Roku.