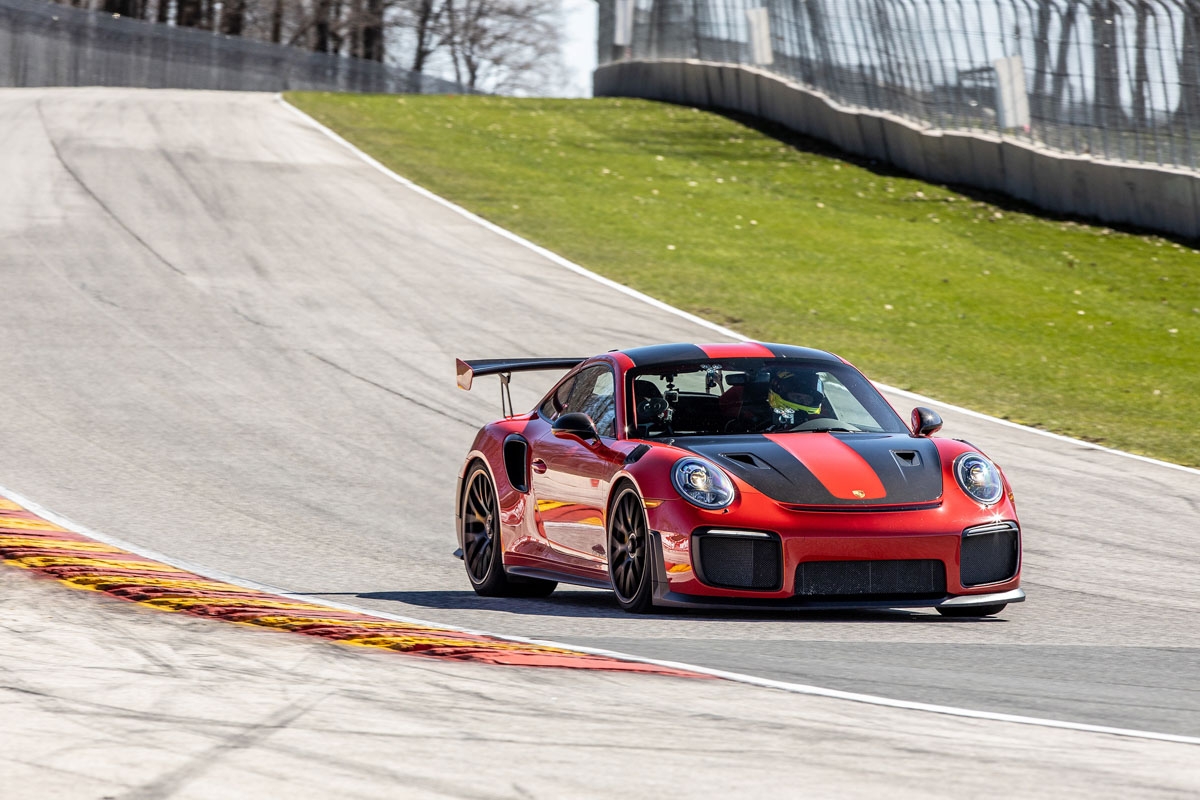 Porsche’s 919 Evo might steal the limelight with lap records at circuits like Spa and the Nurburgring, but the brand’s road cars have enough performance to set records too – and the 911 GT2 RS has done just that at one of America’s most spectacular venues.

Driven by 24 Hours of Daytona and Le Mans class winner David Donohue, the GT2 RS now holds the production lap record at Road America, near Elkhart Lake in Wisconsin. His time of 2:15.17 comes only a month after the GT2 RS also secured the lap record at Road Atlanta in Georgia, that time at the hands of American racer and journalist Randy Pobst.

As well as being mightily fast – Donohue hit nearly 290kph down the pit straight in the RS, despite the first section being uphill, and achieved more than 241kph twice more around the four-mile lap – the choice of driver was quite appropriate. David’s father, Mark Donohue, had previously set his own blistering lap time at Road America in another Porsche in 1973, managing 1:57.52 back in 1973 in the prodigiously fast Can-Am 917/30.

While the latter record has long since fallen – Dario Franchitti is the race lap record holder with a 1:39.866, set in the CART series way back in 2000 – both currently represent the peak of their era.

It’s unlikely, however, that the GT2 RS’s record will stand for long. With a new breed of hypercar soon on the way, spearheaded by the Aston Martin Valkyrie, this could be the last time relatively conventional road cars like the GT2 RS can hold such lap records.

It’s worth enjoying while it lasts though, as the thrill of seeing human beings extending road cars to their limits on some of the world’s trickiest circuits is unlikely to ever get old. You can expect a few more road course records to tumble in the coming months.