Porsche. Why We Race

Why does Porsche race? And why is the 911 RSR such a beast? Simple. Just ask the men that know… 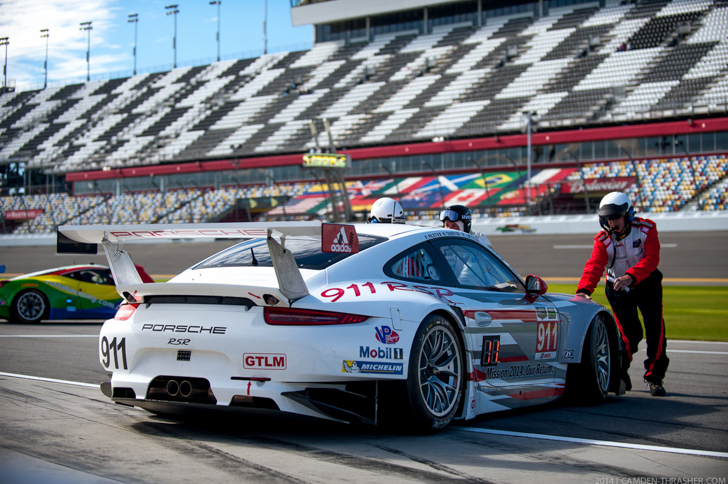 Action Express may have taken the spoils at Daytona, and Matteo Malucelli and Memo Gidley’s frightening high-speed shunt may have captured the headlines, but Porsche – running for the first time in its history as an official North American team – had its own trip to victory lane. The GT Le Mans class victory at the 24 Hours of Daytona fired a decisive warning shot ahead of the team’s United SportsCar Championship season as well as Le Mans.

Right, enough pre-amble. On to the reason you clicked this link in the first place: why Porsche race. And the 911 RSR.