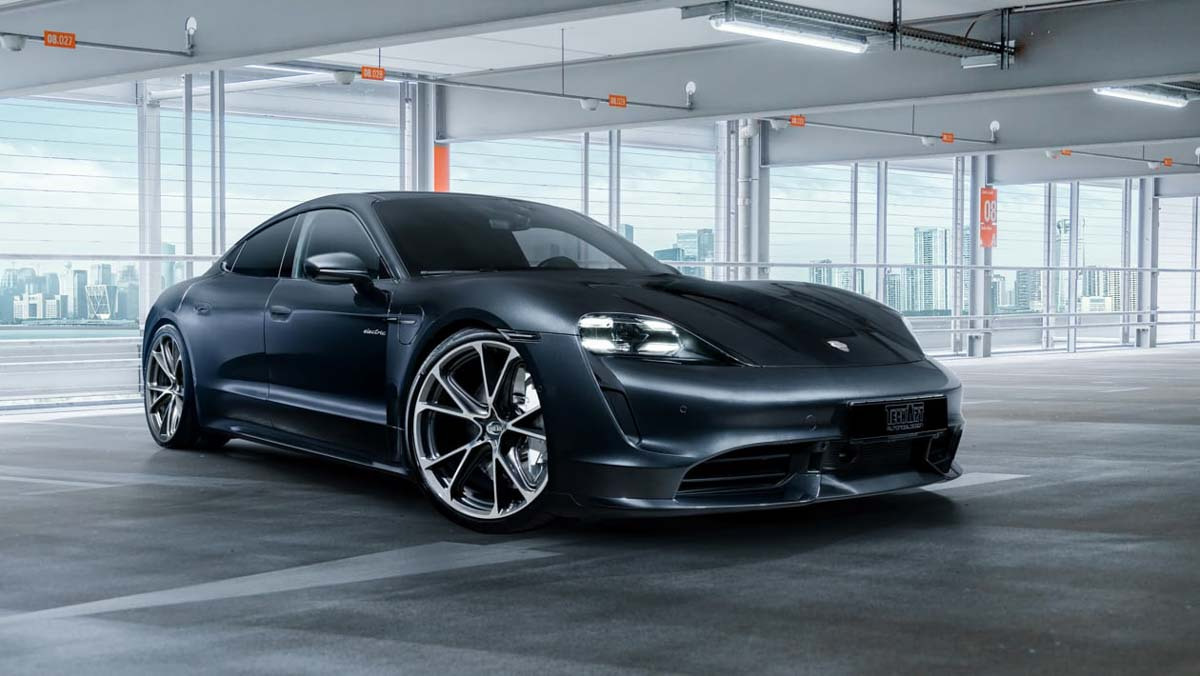 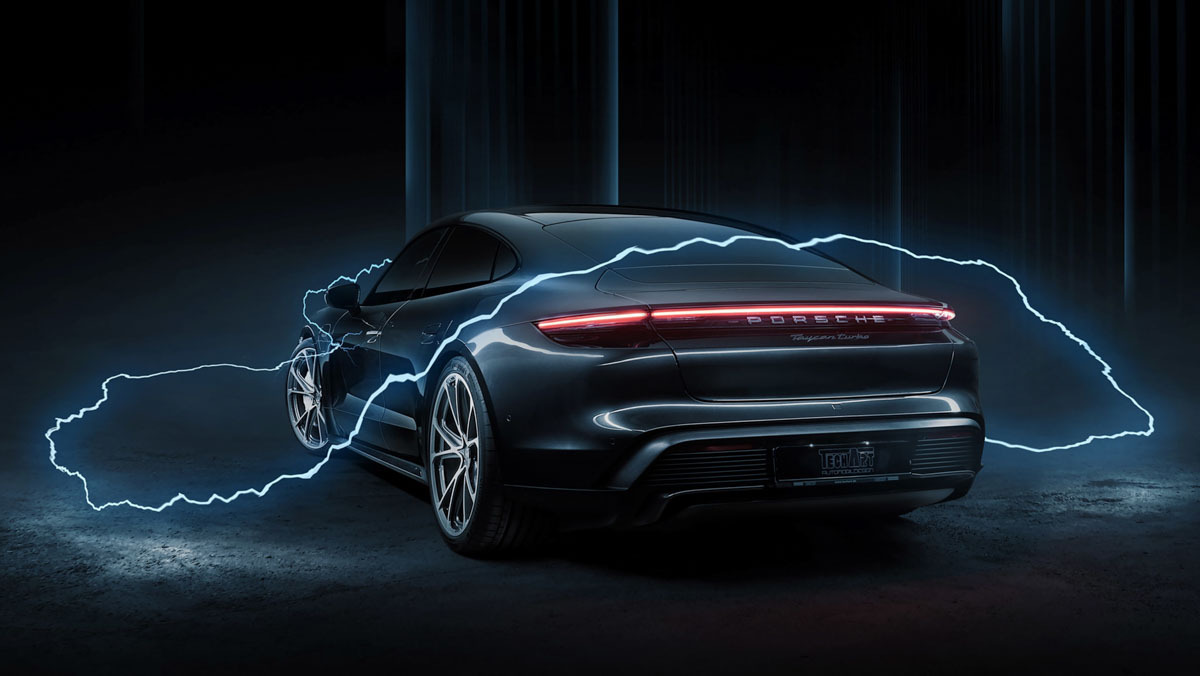 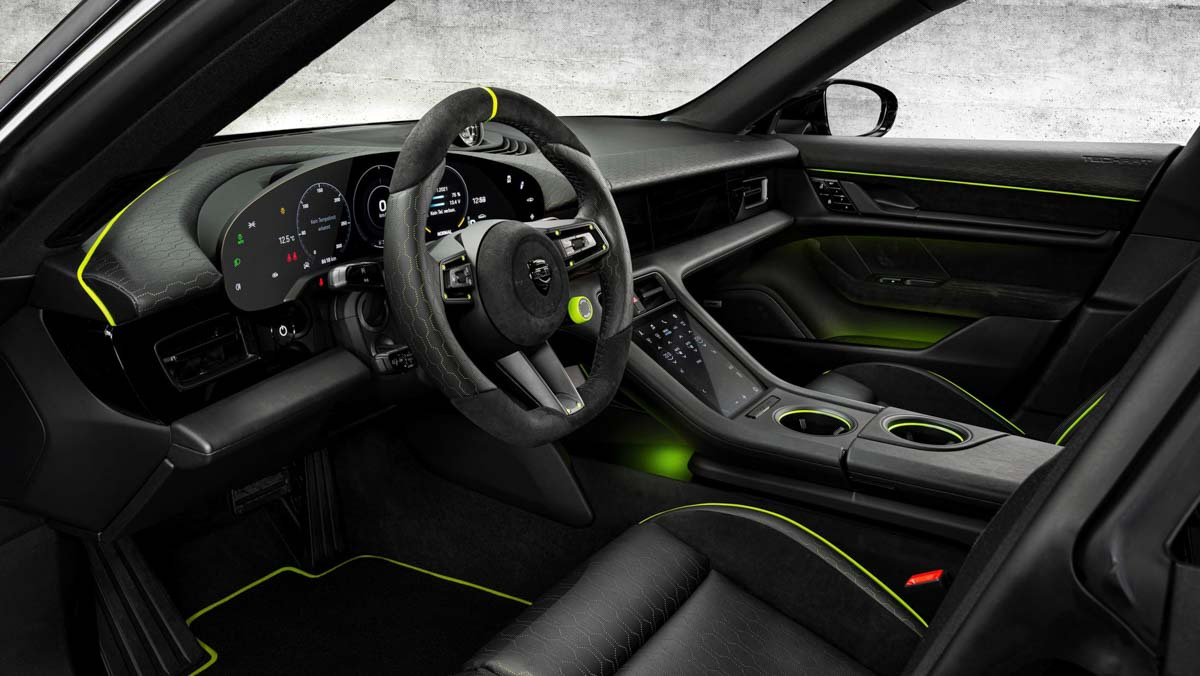 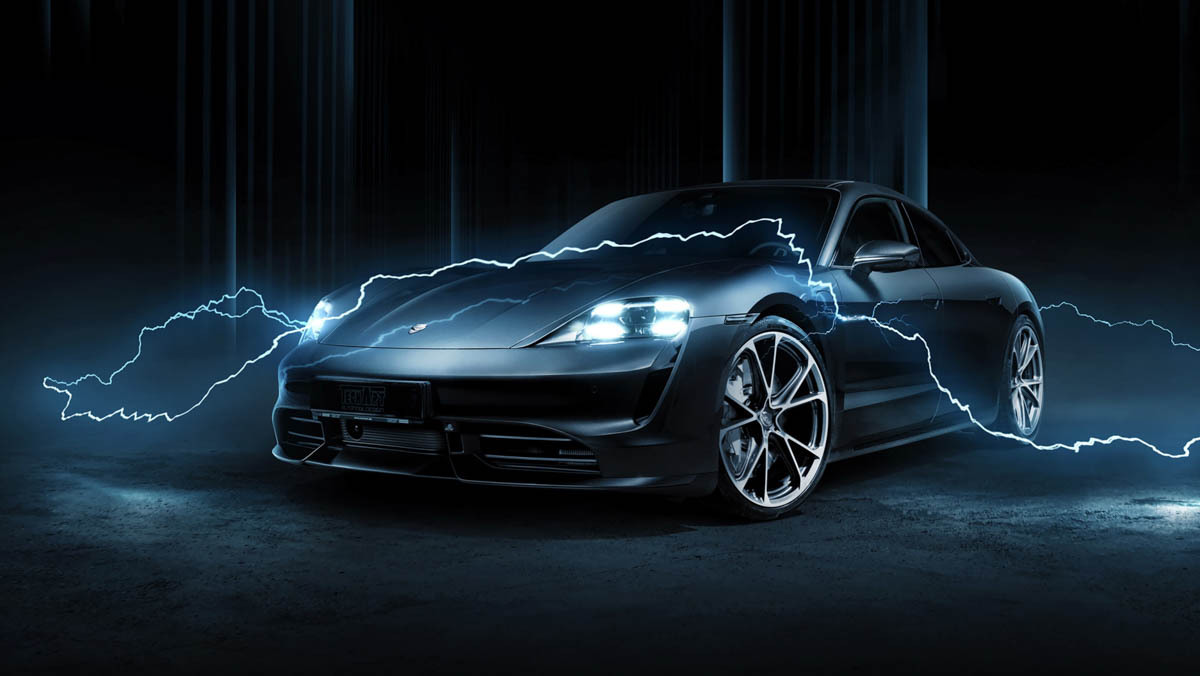 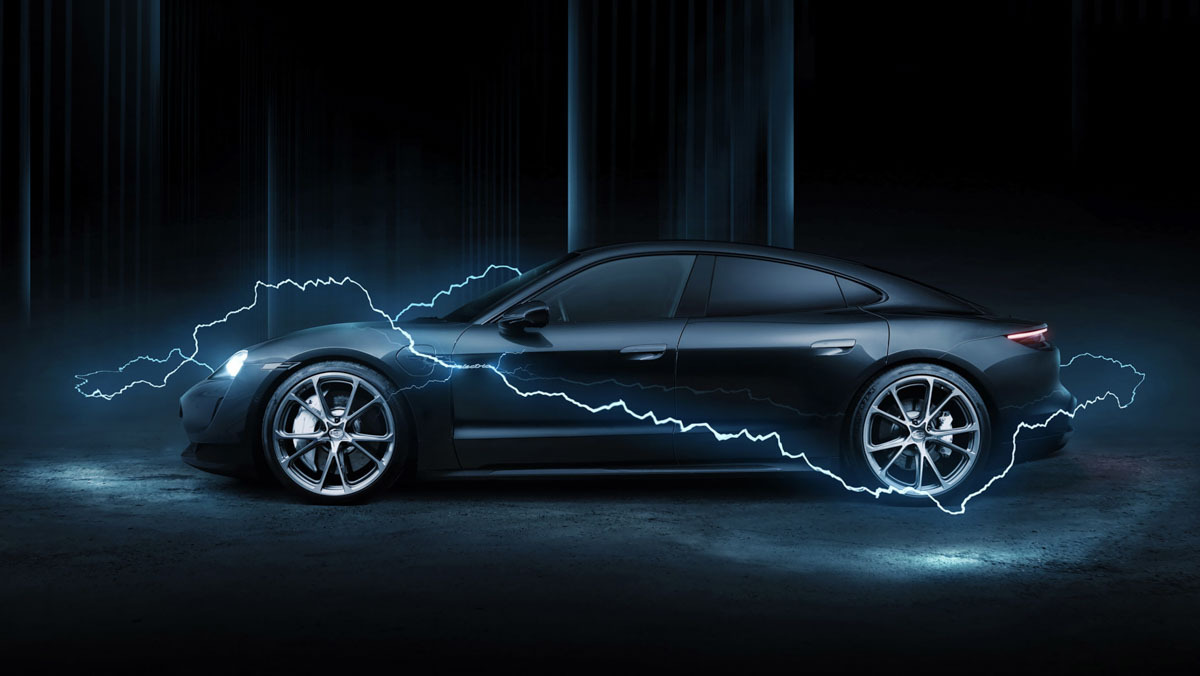 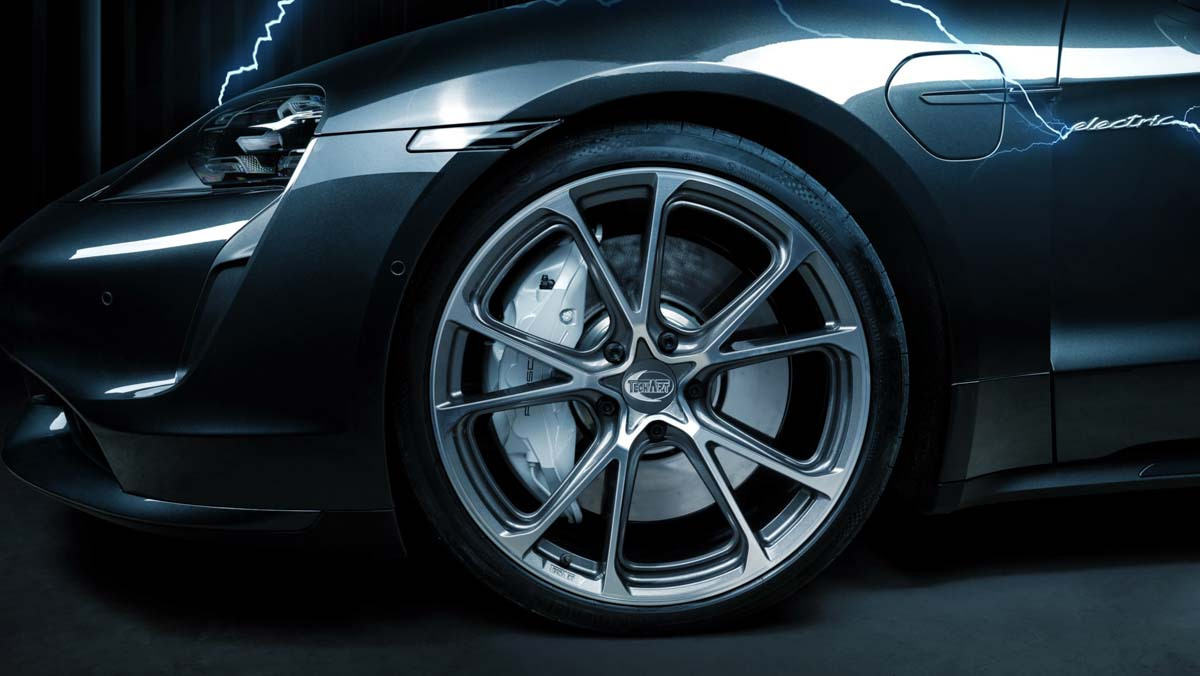 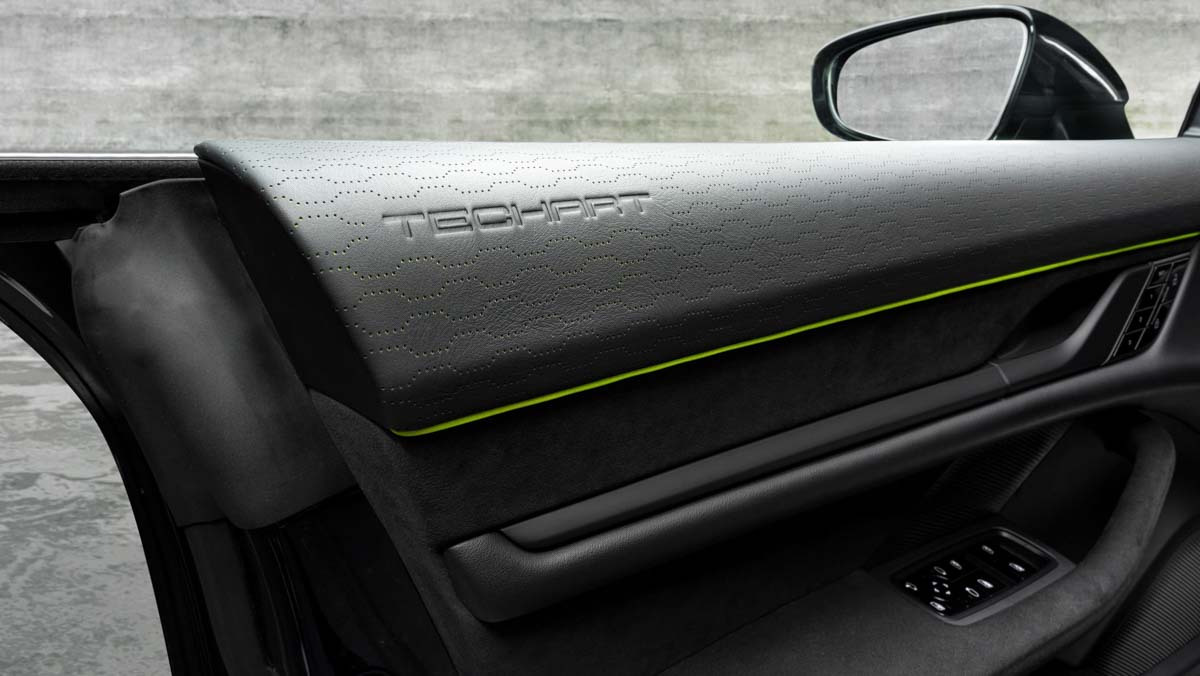 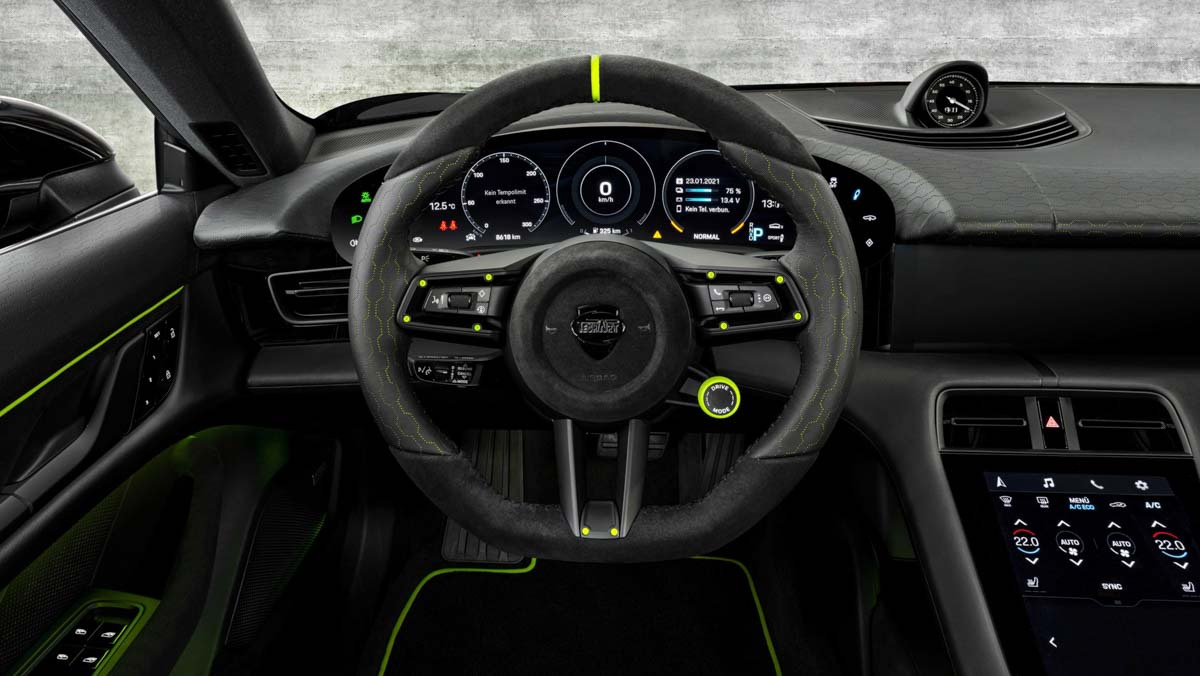 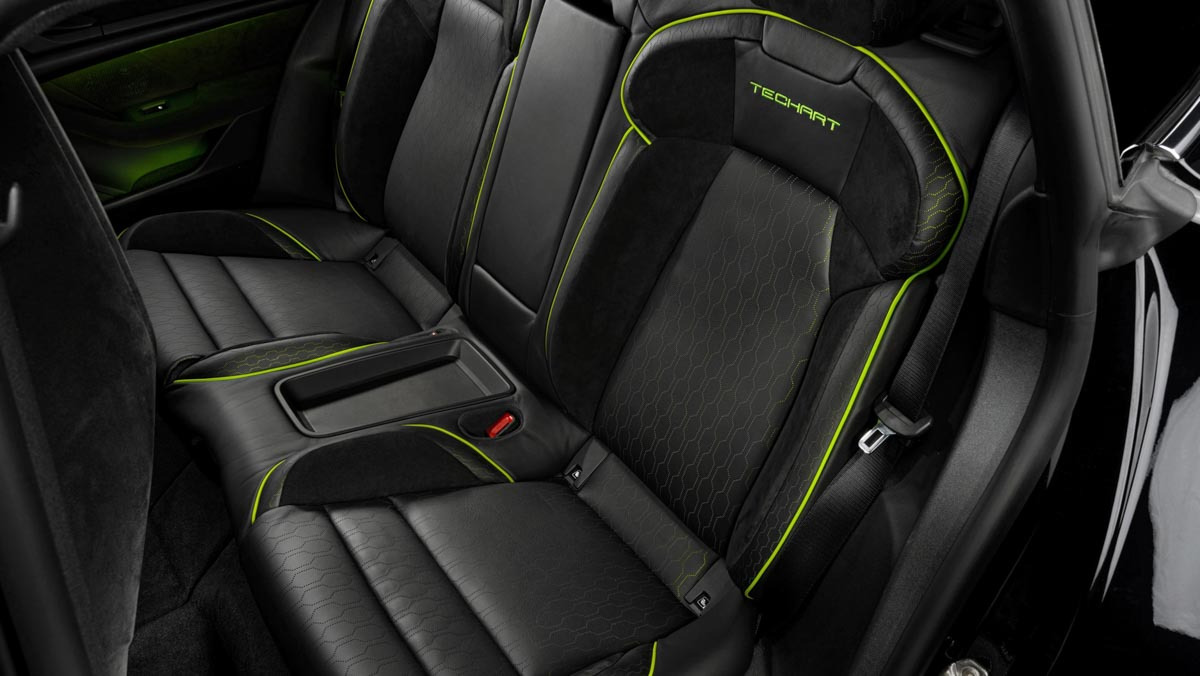 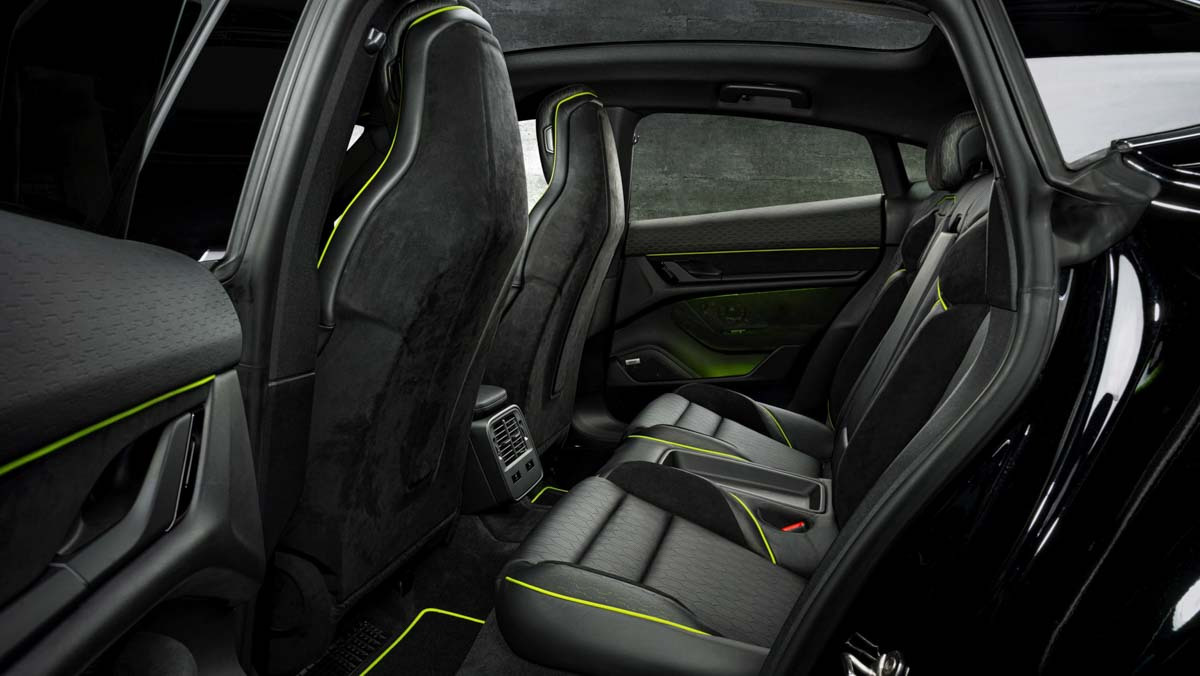 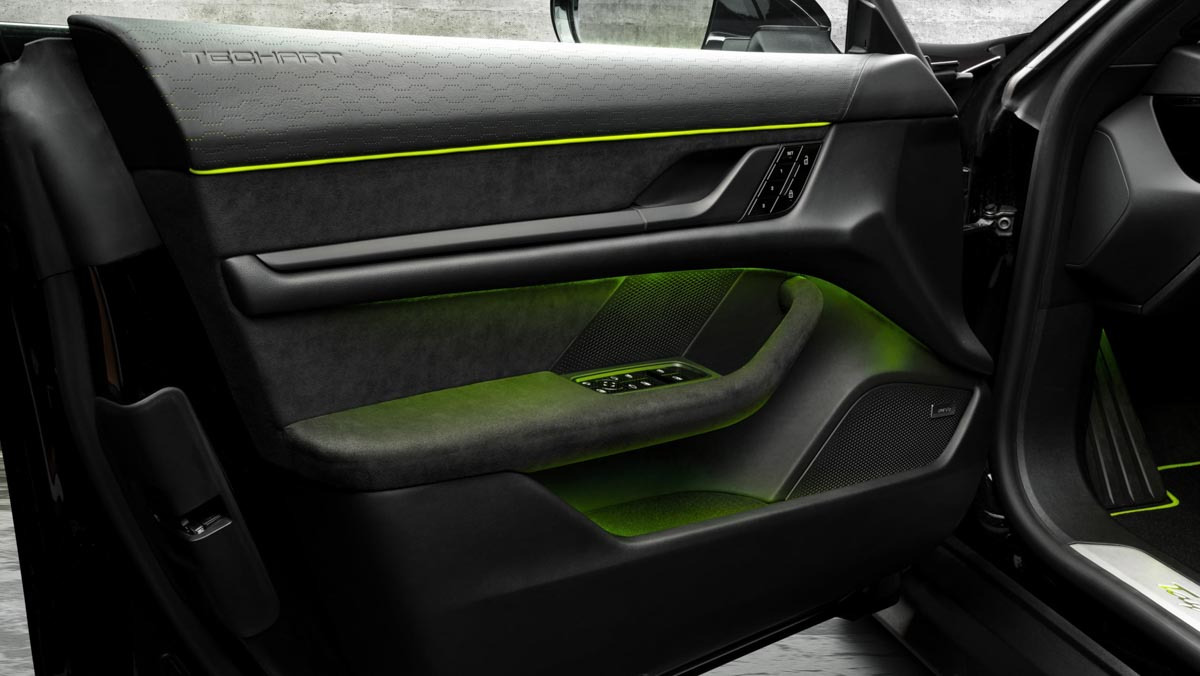 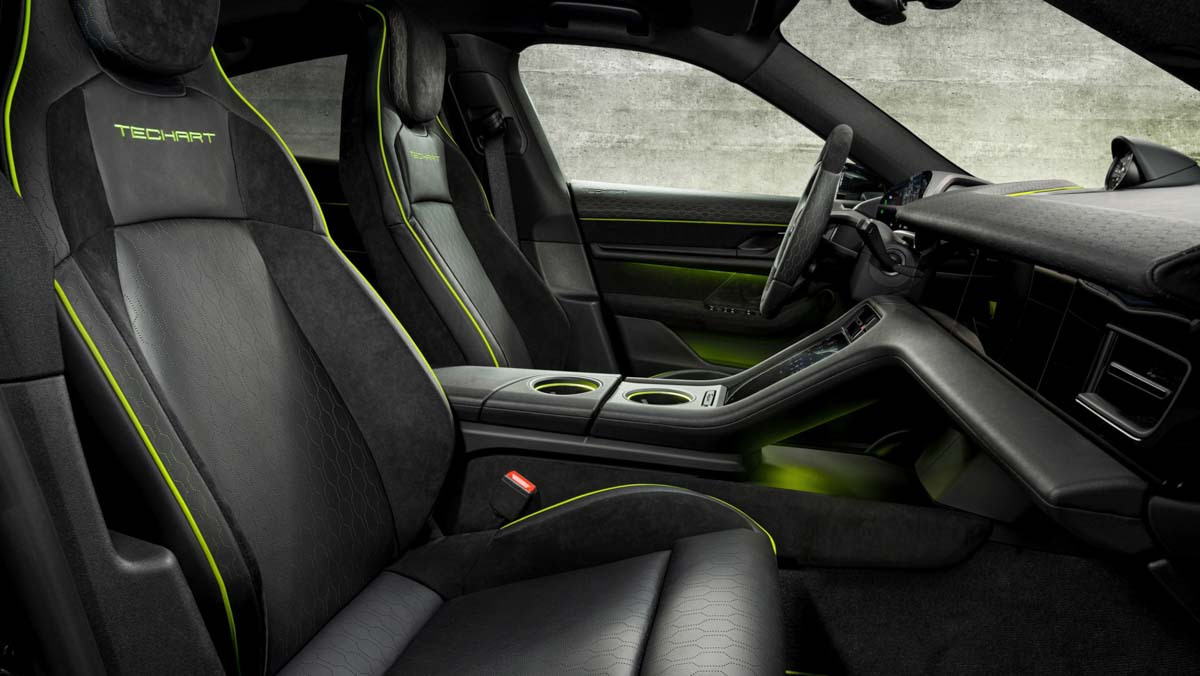 German-based tuner TechArt has been fettling Porsches for decades, so it only seems right that it should turn its hand to the all-new, all-electric Taycan. Though powertrain upgrades are unlikely to surface any time soon, it’s already designed a suite of new aerodynamics components, wheels and cabin upgrades.

Details on interior modifications were few and far between when the project was announced in June last year, but new images reveal all. The seats are reupholstered in ‘high grade’ leather and Alcantara, with a unique black and green theme applied throughout. Contrasting green perforations on the seats and dash provide a striking effect, with the redesigned steering wheel also sporting green highlights to match.

TechArt also has plenty of aesthetics modifications up its sleeve for the exterior, beginning with a set of lightweight 22-inch ‘Formula VI’ forged wheels that can be fitted to all current Taycan variants.

New components to enhance the model’s aerodynamics are also in the pipeline, and are being developed in a wind tunnel to maximise performance. As you’d expect, various other trim pieces finished in carbonfibre will be on offer too, with further performance-enhancing modifications to come in due course.

The brand is keen to give customers free rein when it comes to customisation too, so you’ll likely be able to reupholster the cabin in virtually any colour one could dream of, and new leather and fabric options are said to be in the works. Should the factory paint finish not be to your taste, the tuner will also offer fresh single and multi-colour paint finishes.

Due to the nature of an electric powertrain, adding more power after the fact is a tricky task. Some tech-savvy drivers have managed to crack the system in cars such as Tesla’s Model 3, unlocking more power than originally intended. However, it might be some time before we see the same for Porsche’s Taycan.  If you’re keen to set your Taycan apart from the rest, Techart’s new 22-inch forged wheels are available to order now, with the rest of the range to be launched at a later date.