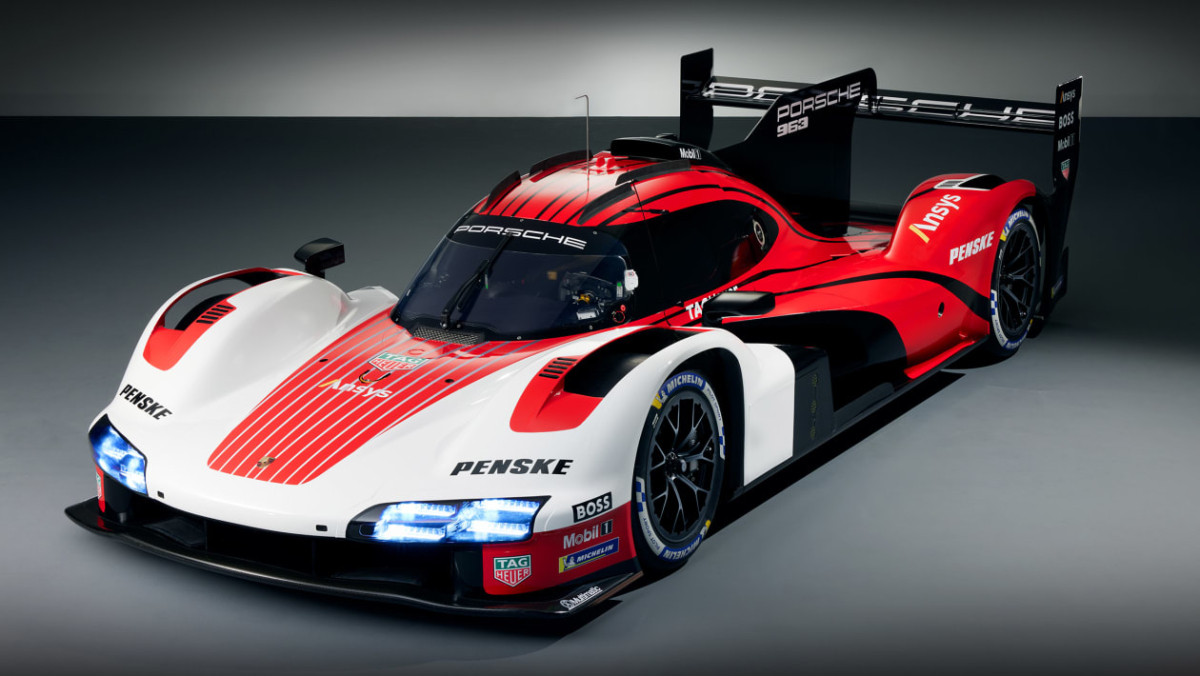 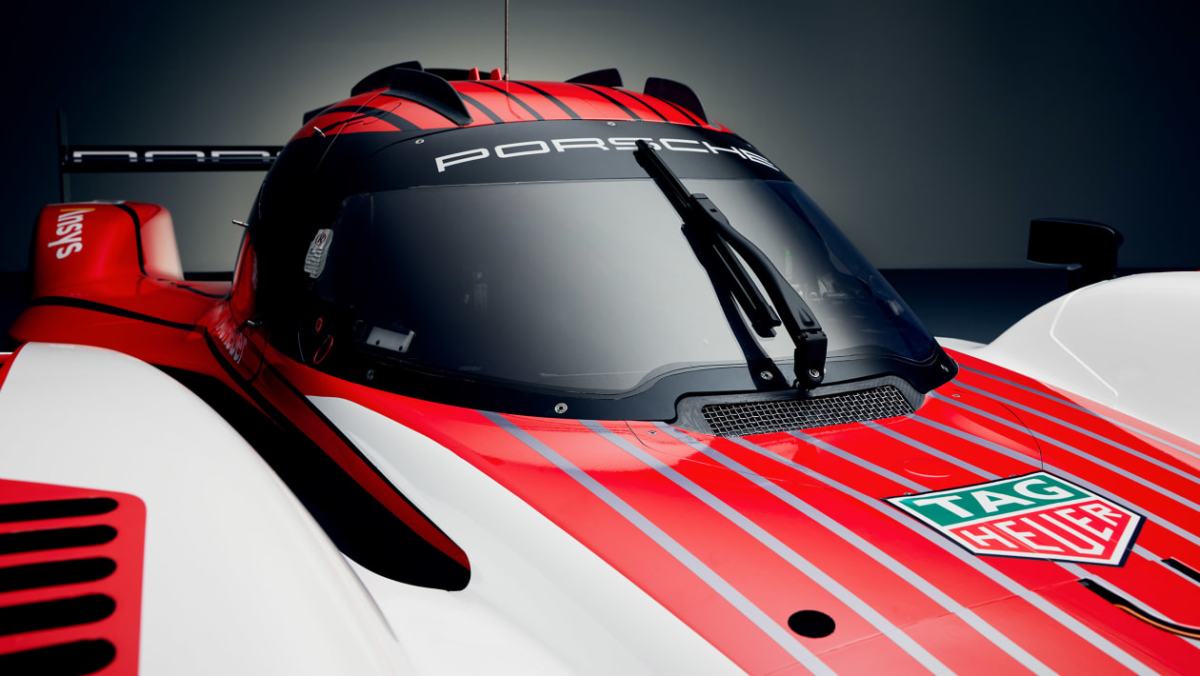 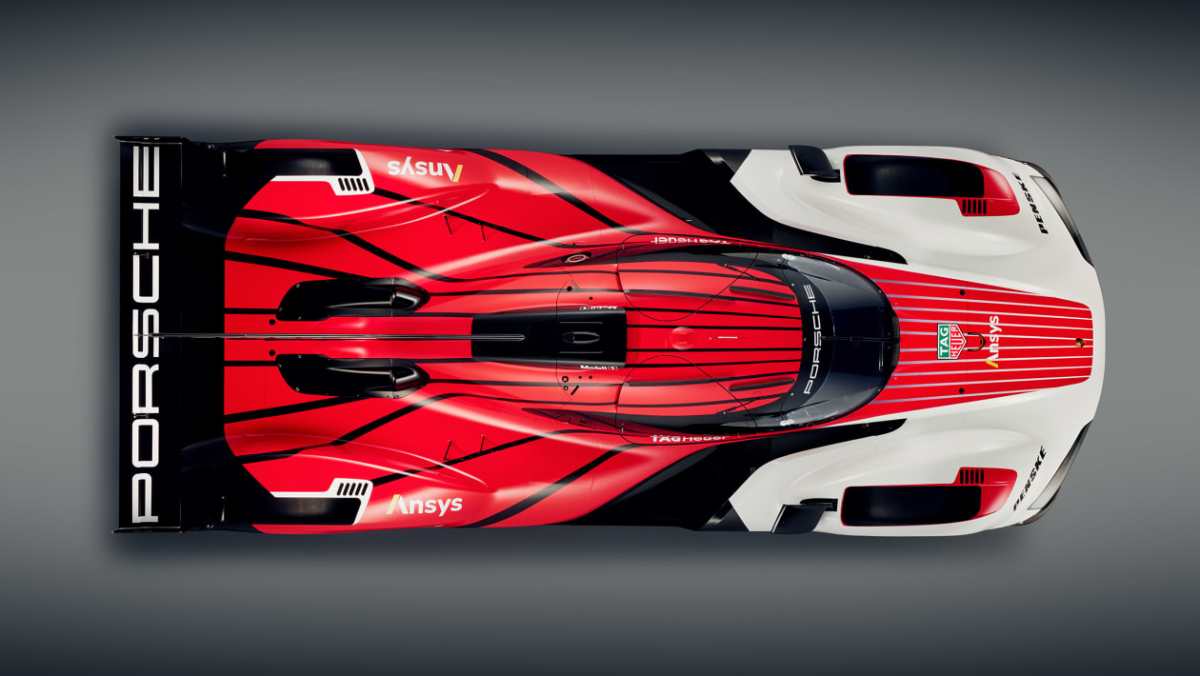 Endurance racing and Porsche go together like currywurst and beer and this, the 963 LMDh is the German first latest take on that winning combination. Making its debut at the Goodwood Festival of Speed, it will line up on the grid for the first time at Daytona International Speedway in January 2023.

Developed in collaboration with Team Penske racing to compete in both European WEC and American ISMA championships, the 963 will compete under the Le Mans Daytona Hybrid regulations, joining a class that also includes competitors from BMW, Lamborghini and Alpine. It will also compete against cars in the Le Mans Hypercar class from Toyota, Peugeot and Ferrari.

As well as being a fully factory-supported effort, it will also be possible for customer teams to  compete with the car from the off in the new year. As with all LMDh cars, it’ll run a specification LMP2-based chassis, in this case partnering with Canadian outfit Multimatic. Beyond this, Porsche will run its own bespoke powertrain and bodywork, the former a combination of the specification hybrid drive system paired with a twin-turbocharged 4.6-litre V8 engine.

​​’We were spoiled for choice with the engine for our LMDh prototype, because the product range offers several promising baseline units,’ explains Thomas Laudenbach, Vice President Porsche Motorsport. ‘We decided on the V8-biturbo, which we feel offers the best combination of performance characteristics, weight and costs. The kick-off to the active test programme was an important step for the project.’

Contrary to initial reports, the V8 engine in question is not the production-based 4-litre unit, but a 4.6-litre unit that has direct connections to both the road-going 918 Spyder, and the RS Spyder racing program where the engine first saw service. As such, it runs a flat-plane crank but unlike both previous powertrain programs, will feature twin-turbochargers.

Regulations stipulate a peak power of between 643bhp and 697bhp, a range of which allows adjustments to be made within the Balance of Performance parameters to ensure parity between all LMDh and LMh racers. All powertrains are limited to 10,000rpm, and must weigh a minimum of 180kg, including the air supply, exhaust system and peripheral cooling components. There will also be a limit of one specific aero package for the entire racing calendar.

Porsche has also revealed the car’s official livery, which is a contemporary take on its usual black, white and red colour scheme. The racer’s lighting elements reference Porsche’s road cars, with a quad-light setup at the front and a single defined light bar right across the body’s leading edge. Unlike Peugeot’s wingless design, but very much like its rivals, the 963 will utilise a traditional rear wing setup.

Porsche will run no less than four factory cars in its global racing campaign, all of which will make their debut at the 24 Hours of Daytona in January 2023 alongside BMW, Acura and Cadillac in the LMDh class. Lamborghini and Alpine will follow in 2024.