Amazingly, Kenny’s Porsche 911 Turbo Cabriolet is back in the garage. But for this month’s Journal, time has been spent getting to know the Panamera 4 courtesy car. 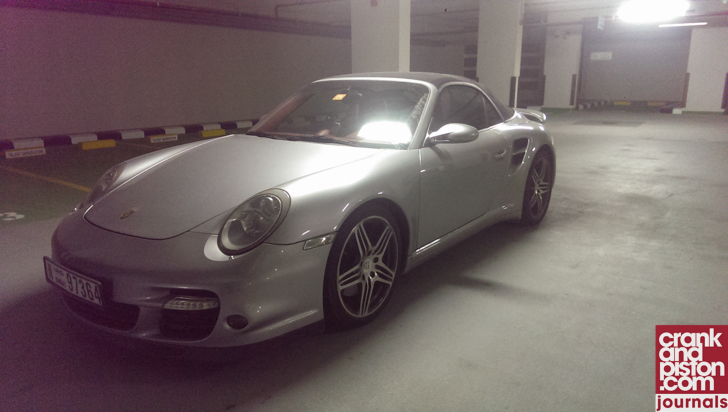 Well it has been a quiet couple of months for me and the Porsche, as expected when it is hot enough outside to boil an egg on the bonnet of the car (not that I’ve actually tried this but that is what I see in the movies). I got the car back from Porsche with a nice little report of all items addressed and fixed and the car running lovely. The blower fan was replaced and while they were at it they replaced a wiring loom in the engine and replaced a coolant hose, all for the cost of a couple of plastic and rubber hoses. The rear light was attached as it should be and the CD changer hooked up (not that it has been used in years since I had the iPod connector installed), but figured I might as well have these items looked at while they have the car for a couple of days. 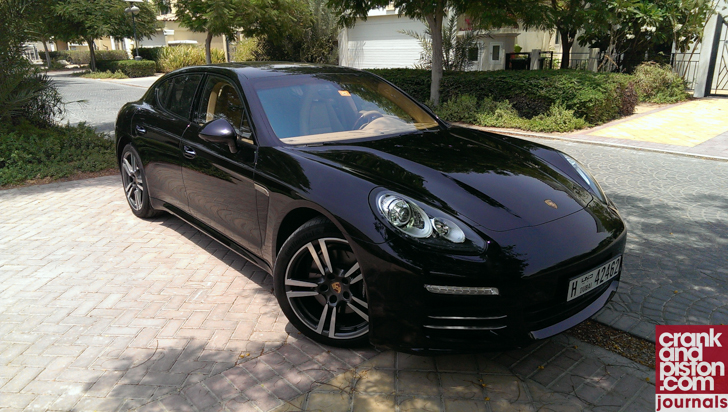 When I wrote June’s Journal, I didn’t expect a courtesy car from Porsche while mine was in the shop. So I was pleasantly surprised when I was handed the keys to an almost new Panamera 4. I am still with what I expect to be the majority of the public in thinking the Panamera’s looks are a bit, well, wrong. But once you get over the fact that you don’t have to look at the rear end from the driver’s seat, it is a very nice place to be. Would I spend over 400K on a new one, no, but for a courtesy car I was quite happy pottering around in it. Being just the standard 4 meant it was somewhat lacking in power, and with the size of the car this was noticeable, but get it on a long cruise and it settled into the job very well. However, and this may sound strange, I think I would have many more speeding fines if I owned the Panamera. Sitting in a low-slung sports car you understand speed, but cosseted in a large luxury barge the sensation of speed is all but lost and that results in creeps over the limit.

So back to the main job at hand, my Turbo. Running a Panamera was a nice change but it was also a useful change, to reinforce how much I love the Turbo. After a few days of ‘family’ motoring, to jump back into mine (admittedly not with the roof down but that day is on its way back round again), and just floor the accelerator and feel the four wheels grip the road and take off reminds me why I bought it in the first place. I still get the same smile I did the first time I took it for a test drive from the garage. As usual I haven’t come across much on the road that can match the Turbo, whether it is round corners, or in a straight line, the four-wheel drive and 480bhp certainly require plenty of attention but reward the rewards far outweigh the effort. 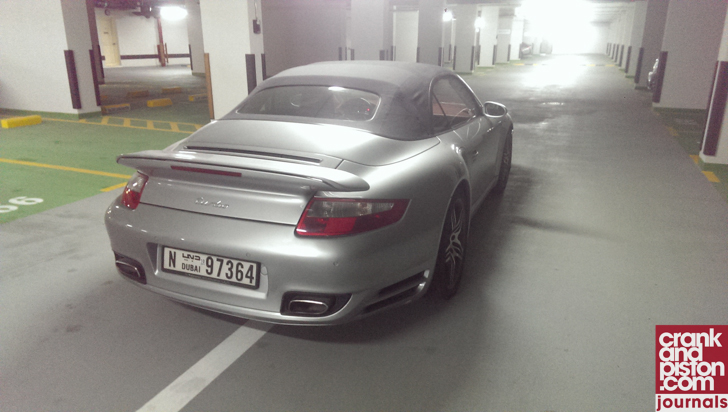 However, this chapter of my motoring journey may soon be coming to an end. With a wife and one daughter already in tow, there is another daughter due at the end of October. The Turbo has been everything I wanted it to be, and so much more. It managed perfectly well with the transportation of a wife and one daughter, but when the next young lady comes along I fear things may get a bit more cramped so I am currently investigating options for replacement. I have not quite decided yet if it will definitely go or not (read ‘not sure if I can let it go’) but you’ll just have to wait till next month to find out.