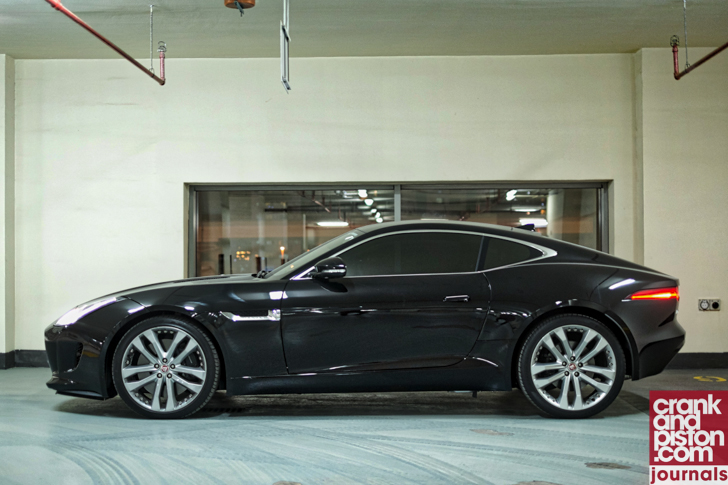 The first time I ever laid eyes on a Jaguar, it left an indelible mark in my memory. It was 1997 and the car in question was a stunning British Racing green X300. The cabin comfort to the little 10 year old me didn’t mean a lot but that long swooping hood with its beige leather upholstered interiors was something that represented royalty. And it was magnificent. For the next decade and a half, Jaguars have captivated but always evaded my garage. I’ve looked on in pain at them whilst the company took a nosedive always secretly hoping that one day a silver lining would appear and restore this rich and storied brand to its former self. And when the XF finally reared its head in 2008, it brought that dream back. And I’m so glad to see that Jaguar hasn’t looked back since. It’s taken me 6 years to convince myself that I want to own one. And today, I find myself in the driver’s seat of one of these wild cats?—?a beautiful new F-Type Coupe V6 S. 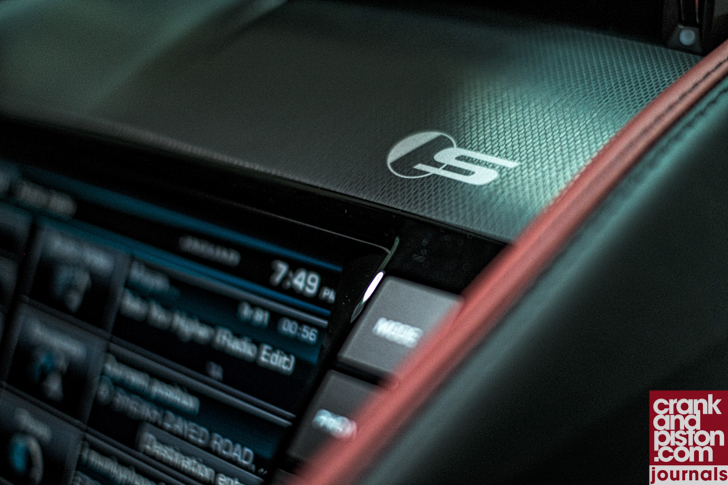 My family isn’t an auto-enthusiast space but it does have the diversity to back it. We’ve rarely stuck to single marques always shifting loyalties with each successive car that’s come into our household. So when it came time to replace my 2012 Mercedes Benz C300, I set my eyes on either a coupe or a roadster. And my options were quite limited. There really were only four cars in the market to satisfy that search?—?Alfa Romeo’s 4C, Porsche’s Boxster S (the GTS had not been announced yet), the new Corvette Stingray and the Maserati GranTurismo. The Alfa was quickly eliminated based on pure hearsay around reliability issues. Jokes on the 159s melting under the hot desert sun abound in my circles. The Maserati GranTurismo is a supremely stunning car with an engine note to boast about but it was also going to break the bank. Corvettes are stunning cars but having driven the older variety a while ago on test drives, the plastic-ey chassis had always concerned me. And on many levels, it was just jagged for me. I feel like an old bloke in a young man’s body at times and Corvettes felt like I would become the jock I never was. And so it came down to the Porsche Boxster S. And a couple of test drives later, I was almost set on it. The mid-engined roadster from the Stuttgart was not just a nimble drive but a comfortable sleeper too. And then one fine morning in December, a spanner was thrown in the works. My kid brother was vehemently opposed to the Porsche Boxster S. And the negations continued to stream in from most of my closest friends and family. Phrases such as the “poor man’s 911″ and the “effeminate Porsche” were thrown back at me all the way from San Francisco to Dubai. Every person?—?male or female?—?had only thing to say to me; “You can’t drive a Boxster, it’s for girls.” I’m certain this statement will annoy a lot of you men who either own one or like the new incarnations. And I was in the same space. The rebel in me loved what Porsche had finally done with the Boxster and I was quite keen about it too. But fate, as you may have it had a different plan for me altogether. 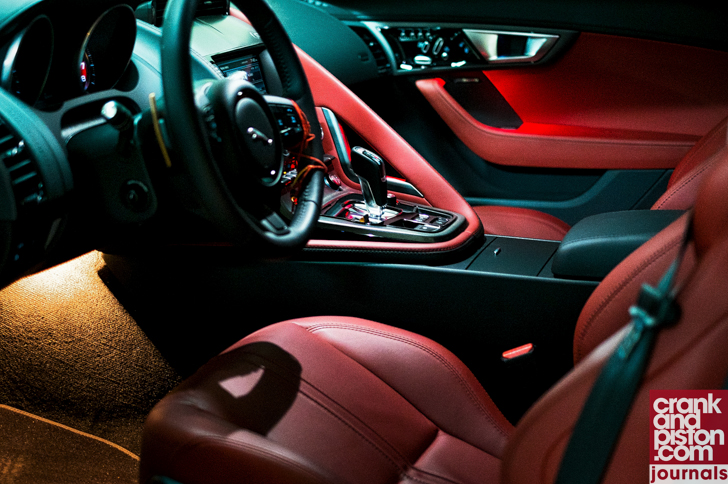 And so it was that after a gentle nudge to the Al Tayer dealership on Sheikh Zayed Road, I found myself in a test-drive of the F-Type Convertible. And boy, did it sound amazing! The power was there, the visibility was phenomenal, the cabin was not nearly as refined as the Porsche but it was different. And different to me, is usually good. So, on a beautiful breezy morning in February, I put the down payment on the F-Type Coupe V6 S even though I’d never driven the actual thing. I’d test driven the Convertible and I figured if it was half as good as that and sounded just the same, there was no way I was going to go wrong with it.

I’ve always loved 3.0 liter engines. They’re practical and well matured. They have the power available to you when you need it but are also incredibly smooth, easy to maintain and ensure you’re not queueing up at the pump every other day. And let’s be realistic, with the F-Type, they were over a hundred large cheaper (with the addons) than the monstrous V8. Every car me and my father have ever owned has been in black. And the F-Type was not going to be any different. I did consider the British Racing green but I think I’m going to hold onto that for either a Lotus Elise or Caterham R500 with the yellow stripes and decals to match. Black cars are one of the toughest investments to make in a place like Dubai and if this Summer is proving anything, its been a very dusty ride so far. The car is a stunning pool of liquid metal mirrorwork for all of 5 minutes before the fine sand layers itself like a secondary metallic paintwork on the chassis but even then I wouldn’t have it any other way. 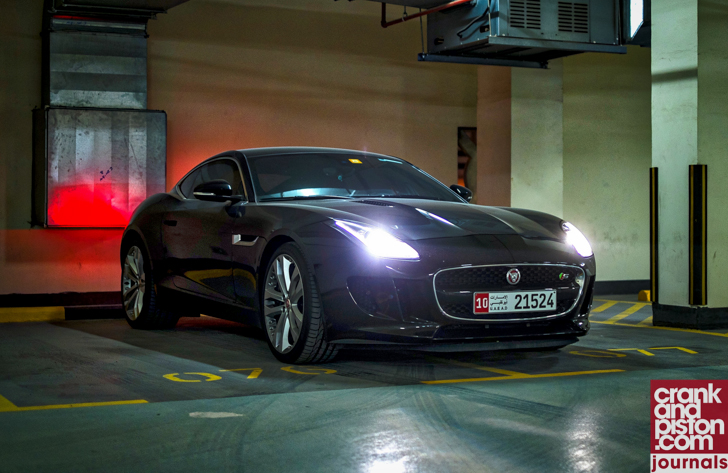 The car is still undergoing its break-in period and I’ve been very gentle with it so far but every now and then I’ve gotten a little cheeky with it to hear that guttural sound bellow from its twin centred exhausts while a sputter of machine gun fire completes the symphony on the downshifts.