24 Hours of Le Mans legend Derek Bell joins Petrolicious for a quick spin in a Porsche 718 on the Targa Florio. And yes, it’s impossible not to love that sentence! 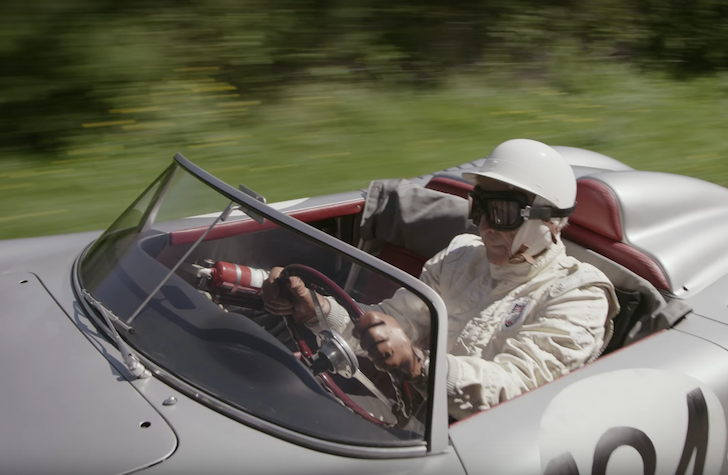 There’s something intangibly awesome about old racing drivers. I’ve had the good fortune to meet a few of them, well into their twilight years, and though the skin may be wrinkling, all have a glint in their eye, a shimmering legacy of all the adrenaline that coursed through their veins over the years – more than most of us could ever hope to experience.

It seems rare these days that racing drivers ever truly retire. Even when they step down from the top step, they’ll crop up in touring cars, or at historic meetings. They’ll appear at events like the Goodwood Festival of Speed, hopping in one of their old cars for another blast, usually at a pace that would terrify mortals half their age.

If you’ve ever been out for a passenger lap with a seasoned professional racing driver at full chat, you’ll know that they operate on a different plane. Something about them is wired differently.

Here’s former Formula 1 and sports car ace, Derek Bell, aged 74. Last time I saw him, he was in a smart blazer, judging concours cars at Salon Privé. Now he’s in a Porsche 718, beautifully portrayed by Petrolicious in Sicily, on the route of the Targa Florio, a making micro adjustments to the steering wheel and heel-and-toeing like… well, like an old pro. He’s also clearly in love with everything to do with speed, cars and motorsport. He’s yet another example that you just can’t shake the need for speed.

*And apologies for the shameful plug, but if you’re interested to read our thoughts on the new Porsche 718 Boxster, just click HERE