OPINION. Why self-driving cars might not be the future

The first ever ‘highly automated’, self-driving run in the Middle East using a Mercedes-Benz E-Class has got David thinking about the future of autonomous cars. Is it simply a matter of time now?

The other day I was watching a short video of a massive traffic jam on a US highway (some festivity about thanking someone for something, who knows). But being an integral part of my daily gridlock, I couldn’t help but think about the advancement of the self-driving car. Consider it for a moment: rid yourself of brake pedal cramp, forget the bastard in the massive SUV that NEEDS to get in your lane RIGHT NOW, and leave all those decisions to the trusted computer in the car.

Let’s face it, we have entrusted computers to regulate everything in our lives. They open the pumps that bring water to our taps, regulate our electricity, and control the nuisance fee the bank charges for re-issuing the debit card you didn’t ask for. Don’t think for a second that the car is any different. Now for instance you cannot change lanes without indicating because ‘lane assist’ keeps you between the lines. ABS controls your braking just as traction control regulates your throttle. You basically spin the turning bit in front of the driver’s seat and ask for permission to stop and go.

So it’s not that much of a stretch to imagine a life where you open your phone, call-up the car app, and request your drive to the office. Sit in the car, tell it to take you to the office, and relax for the 45 minutes it takes to get there while reading the newspaper or playing PokemonGO v3.45. Then you arrive, tell the car to go… park itself, and get on with your day. Easy, right? 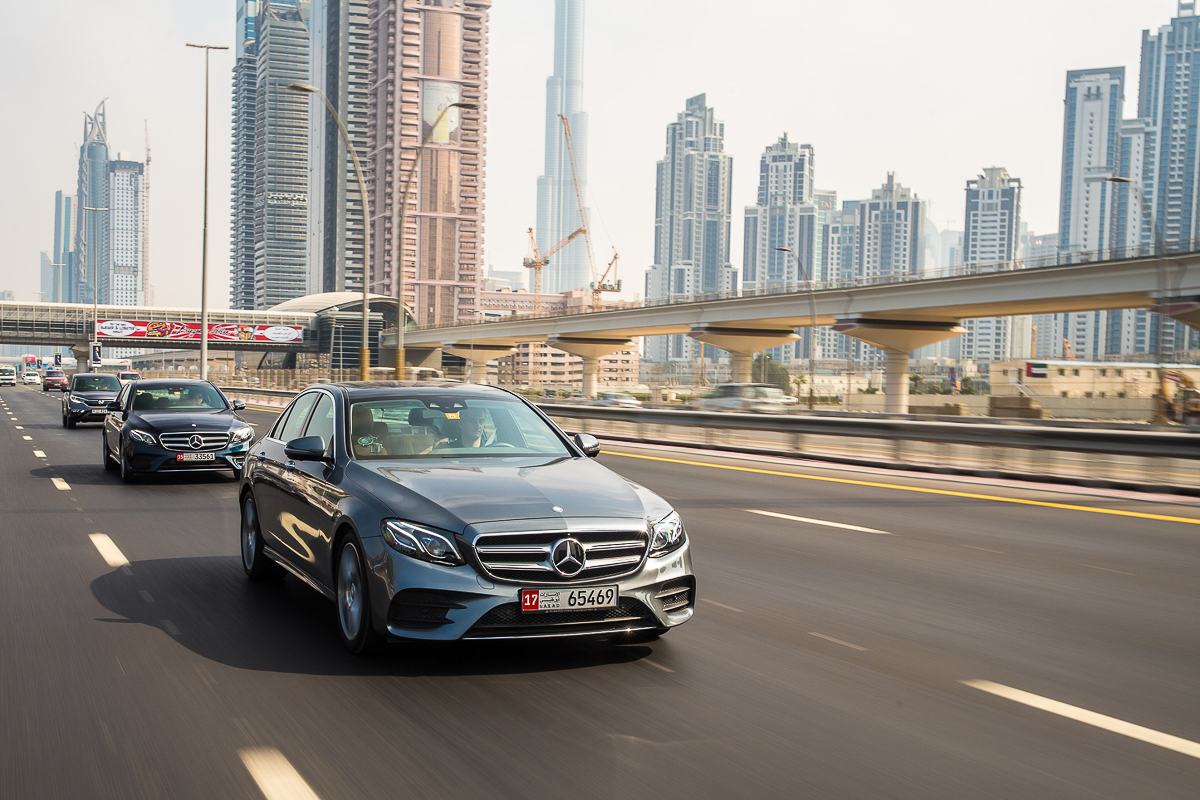 And the fact is this scenario may be much closer to becoming a reality than you may think. Tesla was among the first, with Autopilot in the Model X, just as Mercedes recently demonstrated its autonomous technology with the first ever ‘highly automated’ drive in the Middle East (video above). Consider also that Toyota and Mitsubishi already have self-driving buses in their factories – as does Honda – and that Ford just announced a Mondeo test car with no steering wheel. It’s just around the corner. So let’s think a little bit about what that near future looks like.

My first concern with something like a fully automated self-driving car is the rest of the ‘every bodies’. If I am in the safest (computerized) car on the road, I am also in the slowest car on the road: nothing’s safer than going below the speed limit and avoiding every bully in an SUV, after all. So, what happens when everyone in the road is in THE safest car on the road? Your car knows where it’s going, but has no idea where everyone else is. This leads to an over-reliance on sensors, most notably blind-sport detection and adaptive cruise control. You know as well as I that adaptive cruise control is very cautious, and brakes far more and far earlier than a driver normally would, or than the situation requires. Thus, whenever the car in front of you slows down, yours does too, but slightly more. And so does the car behind you, and the next, and the next, giving birth to an organic traffic jam. There goes the predictability and the accurate ETA.

One potential solution to this might be if these self-driving cars can ‘talk’ to each other through wireless communication. But then, just as someone can be using your credit card in San Francisco, what’s to stop someone hacking your car? Another option still is the use of swarm technology. Much as birds fly in flocks – very close but without touching – they act as a single unit by keeping tabs on three or four birds around them. That would solve the issue, so that in some situations safe distances are flexible. But that again means you are open to hacking, and your car being remote started and driven to a local, seedy workshop for dismantling. 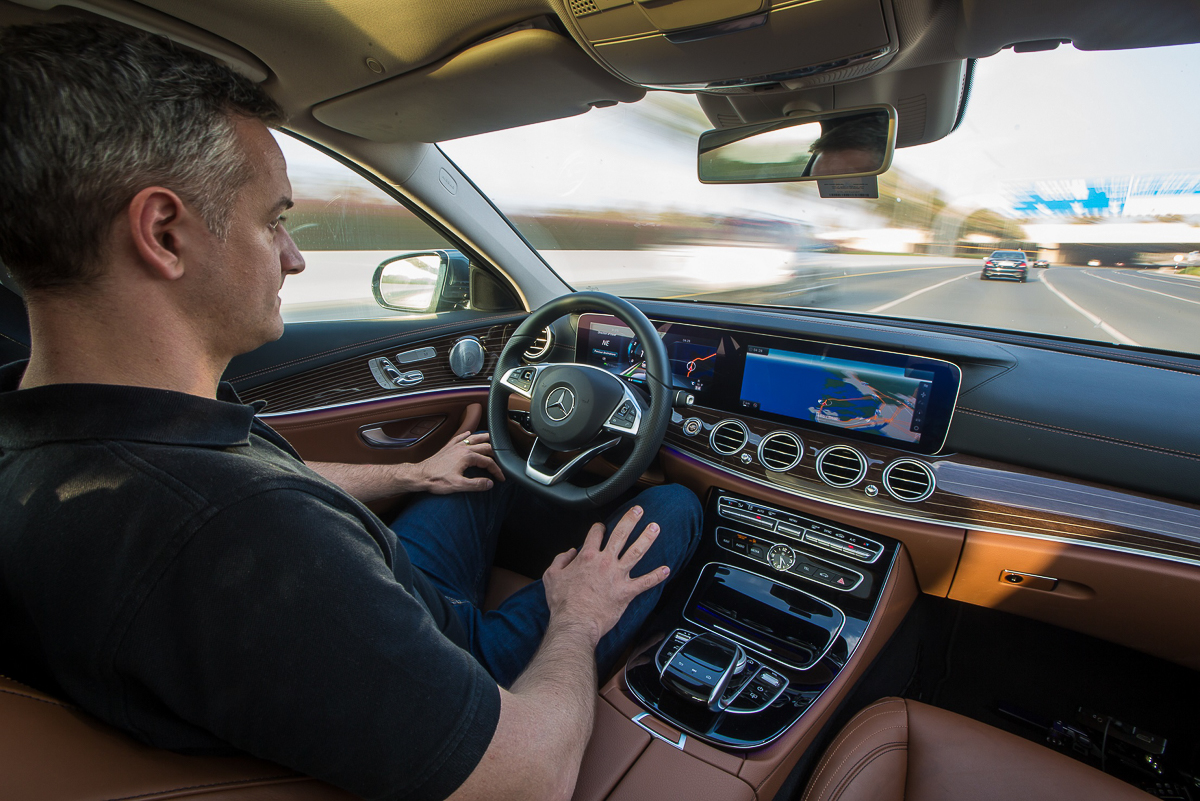 There is also the rather disquieting prospect of ‘priorities’. If a car detects three humans about to be run-over for instance – kids with footballs, old ladies with knitting, etc – will your car decide that, to avoid a fatal accident, it should jump off a bridge with you inside? Or careen into a guardrail for the sake of collateral damage? This, I’ll admit, is very paranoid, but it’s got you all thinking now, hasn’t it?

Obviously, all these issues can be solved with a few million lines of code, super-fast computation, and myriad sensors around any self-driving car. But then again, if the cars communicate with each other, won’t they need a standard? A worry in itself, given that the auto industry is not particularly good at doing things together. And let’s not forget that, as is the way with technology, that vital sensor that controls everything will someday malfunction or stop working entirely. It will be rather difficult to take a self-driving car for a service without a steering wheel.

I’m sure Mercedes couldn’t have imagined that these thoughts would spring to mind when a self-driving E-Class made the 150km drive from Dubai to Abu Dhabi by itself. Nor do I doubt that the imminent arrival of self-driving cars will have its ups and downs but will, one day, have hammered out the kinks. Very confusing times are upon us with the self-driving car, and a long time will pass before we end up deciding the bus is not such a bad idea after all…

Enjoy this article on the future of self-driving cars?

You can check out more Mercedes features HERE, and more of our Opinion pieces HERE