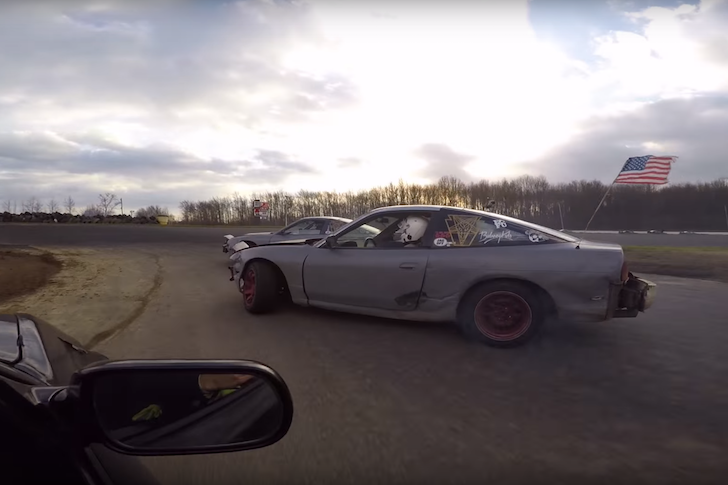 It’s been a couple of months since we last saw Chris Forsberg in action, the former Formula Drift champion taking on Ryan Tuerck around Los Angeles’ abandoned Hawthorne Mall during ‘Black Friday’. Back in action with the 350hp Nissan 370Z – this time on Raceway Park in New Jersey – Chris now takes on Dylan Hughes’ LS-Powered 240, Geoff Stoneback’s 350Z and Steve Angerman’s 240 in this on-board tandem drift video posted by Jalopnik. Oh, and good news: no music, all engine soundtrack.

Once you’ve clicked play and finished screaming, you may want to check out Gizmodo’s 360-degree video of the same run from the roof of Forsberg’s Nissan.