We’re big fans of the Nissan GT-R on crankandpiston, so the chance to drive the stripped out, performance-focused GT-R Track Pack in Dubai, UAE, was snapped up quickly. 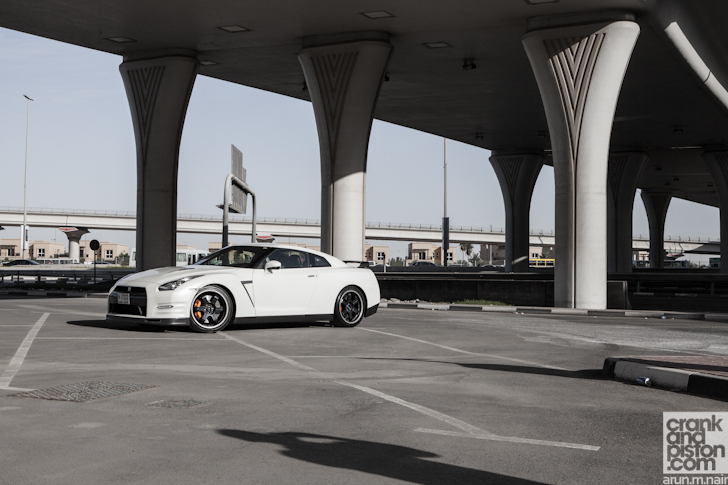 The GT-R has been growing in power and price since it launched in 2008. From launch, where it cost $70,000, it’s gradually increased to the point where five years later, the Track Pack edition costs nigh-on double that. $138,692. 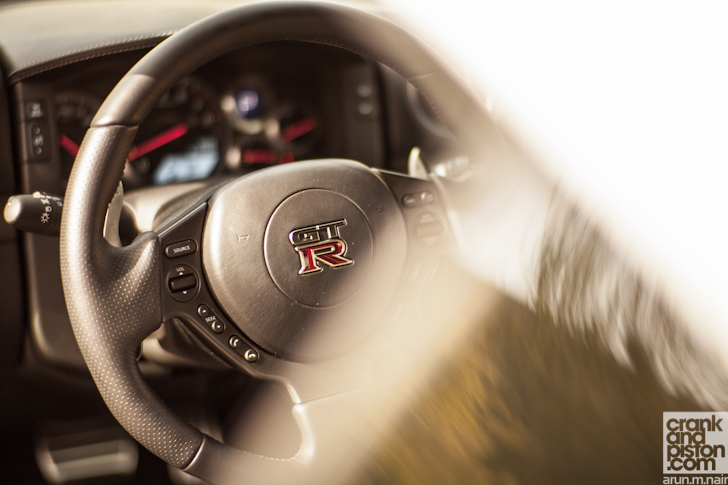 The Track Pack, launched in other markets last year, has only just touched down in the Middle East, but we’re assured that it’ll be worth the wait. As the name suggests, this is a GT-R honed even further and focused for track work. Which means out go the rear seats, in come lightweight RAYS wheels, new suspension, extra brake cooling and some spanky carbon bits on the outside. Inside, you get some special non-slip seat upholstery, as if the standard seats simply don’t have enough friction in them to stop you flying into the doors at each turn of the wheel. 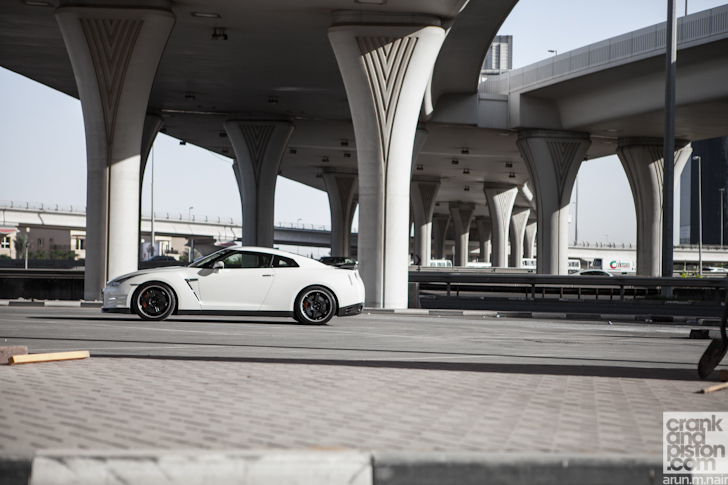 Otherwise, the interior of the GT-R is as tech-heavy as before. A start button behind the gearstick fires up the twin-turbocharged 3.8-litre V6, which still puts out 542bhp – the same as the standard 2013 GT-R. With the eruption of sound comes a dazzling array of graphics available on the screen, including a customisable display of pretty much any information you want, from a G-force meter to fuel economy. 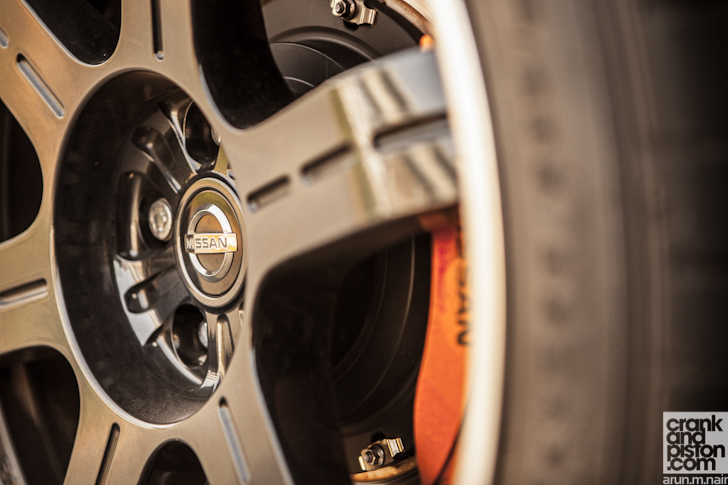 On the move, the GT-R feels very, very stiff. The revised suspension has been supplied by Bilstein and Nordring (the development company of GT-R test driver Toshio Suzuki), which means that on smooth tarmac it’s ridiculously grippy through even the tightest of corners. Clad in Dunlop SP Maxx tyres, you can hustle GT-R like little else, and should you come across any bumps, the lightweight alloys mean it recovers its composure superbly well. It’s a car that instils confidence in any halfway decent driver to push hard and explore the limits of adhesion without fear of getting into too much trouble. The Brembo brakes are superb, scrubbing off ludicrous amounts of speed progressively.

Previous ArticleHonda Accord Coupe. Money In The Bank? The Management Fleet
Next Article Porsche Cayman. The World Is A Curve