Honda Accord Coupe. Money In The Bank? The Management Fleet

We welcome the latest addition to the Management Fleet, the new Honda Accord Coupe. 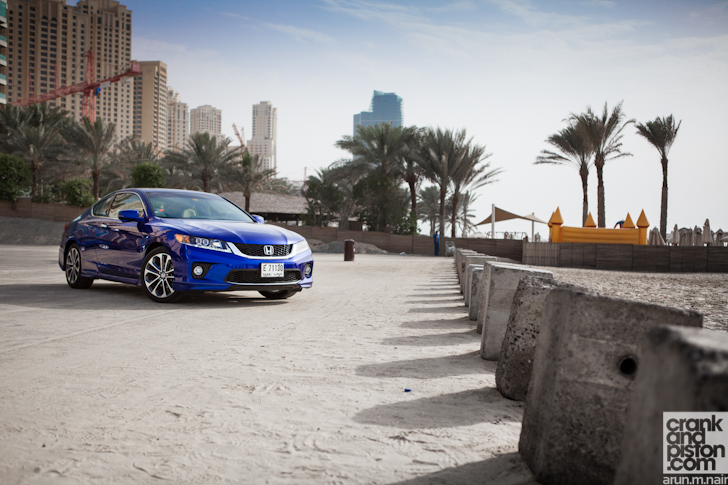 Yep, well spotted. This is the same Honda Accord Coupe that crankandpiston took to Liwa, Abu Dhabi, on the regional debut of the ninth-generation Accord. However, since most of the roads were so straight you could actually see the curvature of the earth on some routes, the Coupe’s steering didn’t exactly get the heartiest of workouts. Over the next three months, we hope to change that. 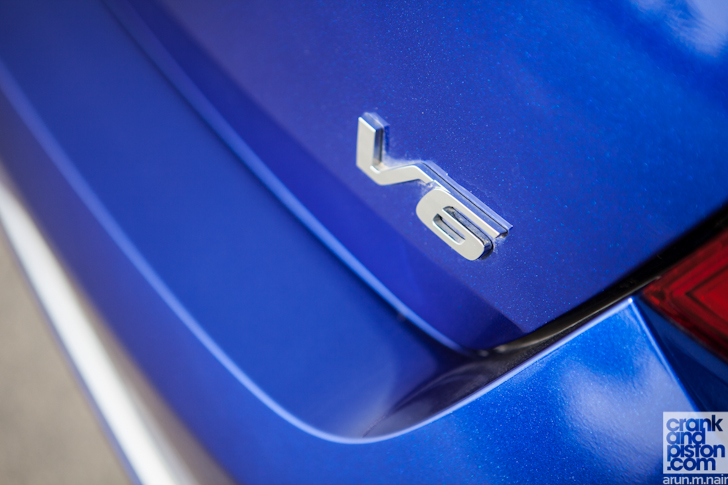 Let me run you through the basics. Under the bonnet we have a 3.5-litre Earth Dreams V6 (well, it wouldn’t be a Honda without some kind of innovative green technology). This kicks out a hardly shabby 276bhp – which, rather astonishingly, is roughly the same as a base level NSX – and 250lb ft of torque. Considering this is the Sport model too, complete with a six-speed automatic transmission and wheel-mounted paddle shifters, we can expect the latest addition to the crankandpiston brood to be fairly nimble out of the starting bocks. 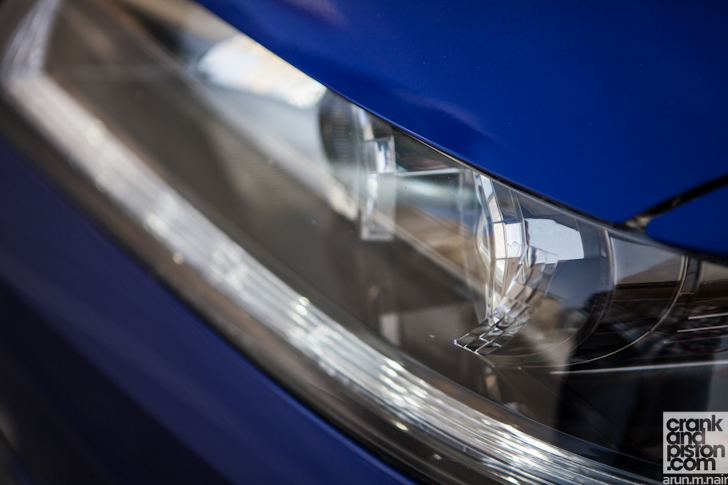 Indeed, since ‘literally’ every aspect of the Accord’s chassis has been revised (don’t think we didn’t notice that little detail) and that more high-strength steel than any preceding Accord has been used in the body, the Honda could yet throw up a few surprised through the corners. We just hope that front-wheel drive configuration, the anti-thesis of sporty driving, doesn’t hinder the 1510kg model.

I’m also pretty keen on the look of our new Coupe. The sharpened bodylines across the bonnet and the sideskirts, as well as the redesigned mesh grille and glaring daytime running LED headlights, gives the Accord something that arguably many new Hondas have been lacking as of late: character. That in itself comes across through the Still Night paint finish (that’s metallic blue to me and you) and the 18-inch sculpted alloys, which I find particularly nifty. 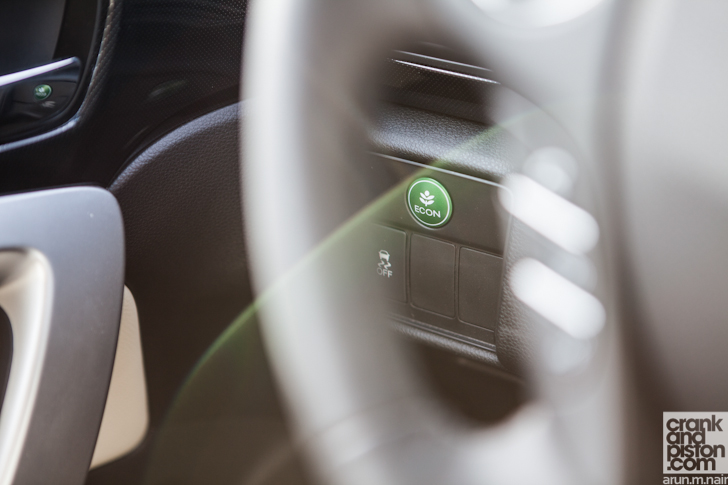 On the inside we have the obligatory Honda Econ button (which automatically configures both the engine and gearbox to run more fuel efficiently), but also Bluetooth, USB/iPod integration, remarkably comfortable leather seats, sat-nav and an eight-inch full colour touchscreen for the radio. 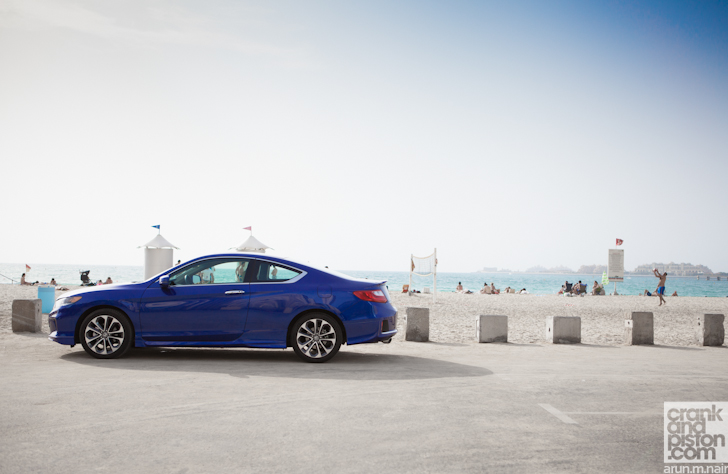 Honda’s new LaneWatch Blind Sport Display has also caught out eye, a system that – using cameras built into the wing mirror – shows an extended rear view of the passenger-side roadway through the dashboard mounted intelligent Multi-Information Display. Very clever, and since we actually use our indicators at evo – which triggers the system – this could prove very useful.

By 2016, Honda is looking to increase sales to 70,000 units in the region, and has earmarked 70 percent of that figure to the new Accord. Hopefully by the end of three months, we’ll be able to tell you if this is money in the bank. 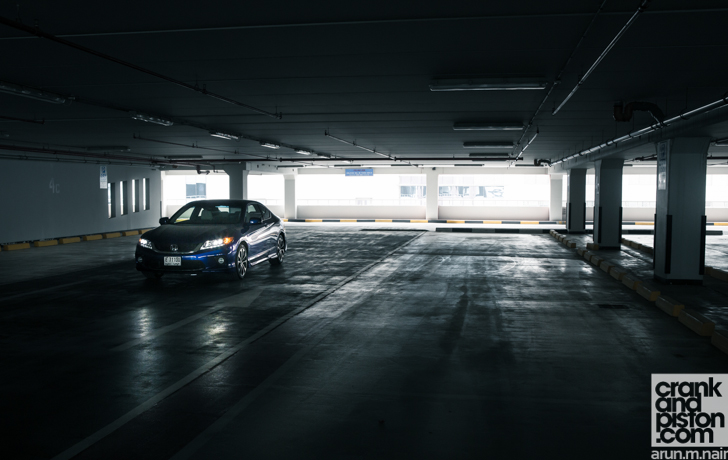 Honda Accord Coupe. Out with a bang. The Management Fleet 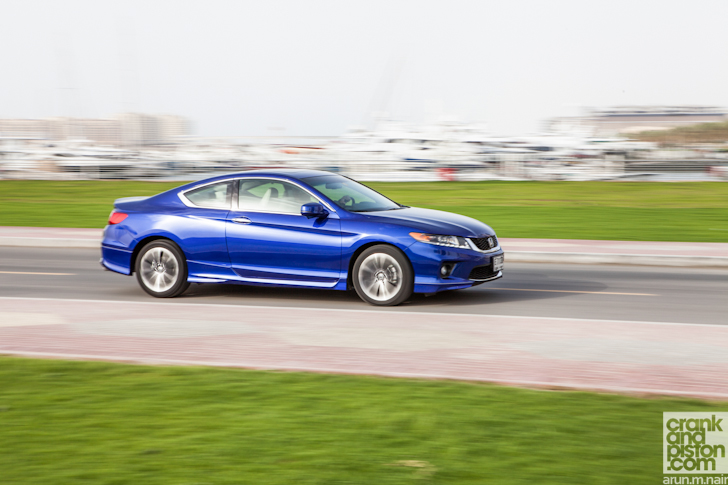 Honda Accord Coupe. Wear and Tear. The Management Fleet