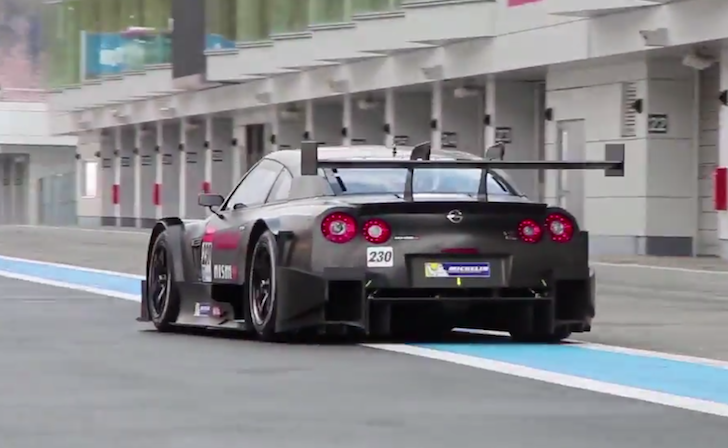 Japanese Super GT racing has undergone considerable change in the GT500 class since last season. Now partially harmonized with Deutsche Tourenwagen Masters (DTM) regulations, all of the teams must share common parts including the monocoque, transmission, brakes, and pretty much everything else. The development of the cars from the individual teams therefore requires development of engine and aerodynamics to be competitive. But before you start thinking “That’s OK. The Nissan VR38DETT will decimate all!” think again.

In previous years, the Japanese Super GT cars ran a 3.4-litre V8 but for 2014 all GT500 cars must run a two-litre, turbocharged inline-four engine. This has meant all three manufacturers having to develop completely new cars. Honda will be competing with the new mid-engined NSX-GT and Lexus with the RC-F. NIssan will still be running a ‘GT-R’ for 2014 but it is a much different car than last season built for the new regulations.

Despite losing half the cylinder count, Nissan believes the new GT-R NISMO GT500 will be a few seconds faster per lap compared with last season. Having just beaten the track record at Sepang Circuit in Malaysia a few weeks ago during testing, we think they might be right.