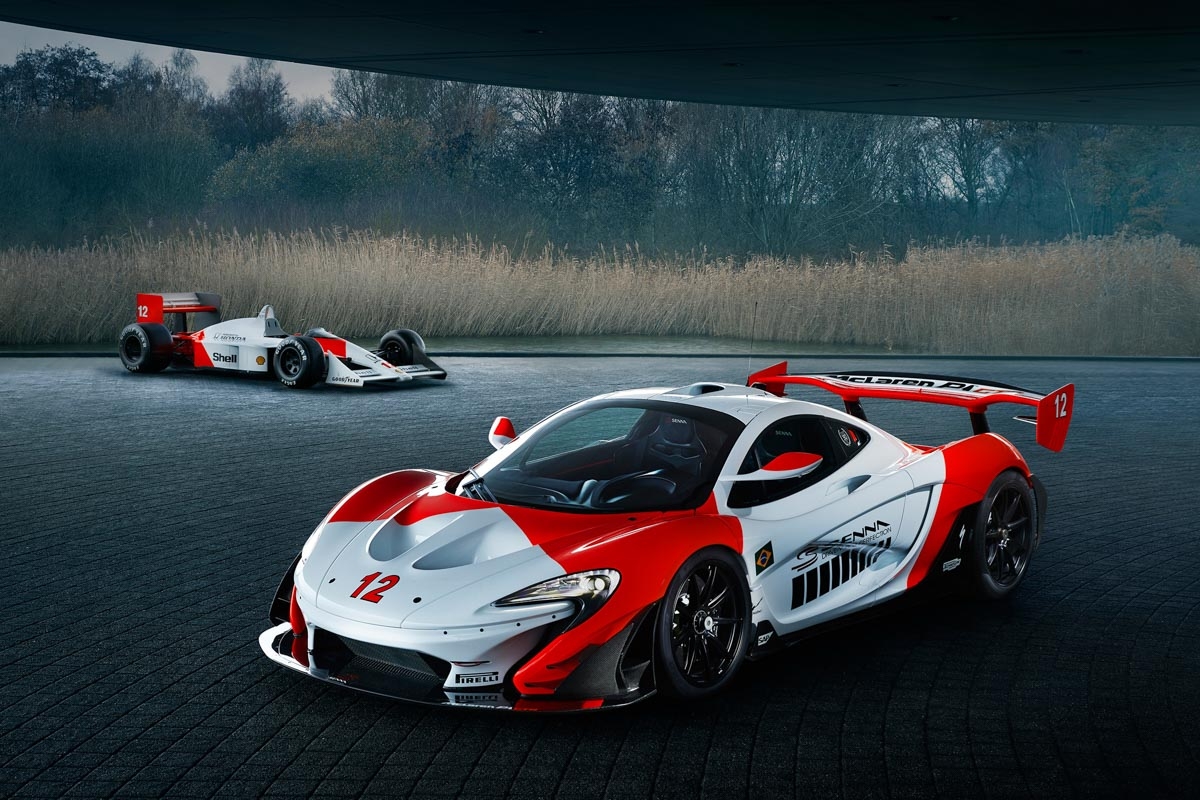 McLaren Special Operations has revealed its latest commission just in time for Christmas – a stunning P1 GTR with a painted livery inspired by the one on Ayrton Senna’s MP4/4 F1 racer that took him to his maiden championship 30 years ago.

Christened ‘Beco’ by its owner, this very special P1 GTR has been three years in the making, with every detail finely wrought by McLaren Special Operations. Painted in a combination of McLaren Rocket Red and Championship White, the livery you see is not made up from vinyls or stickers, but is actually painted on the carbonfibre bodywork. As a result, in combination with all the finer painted detailing, over 800 man hours was spent on the bodywork alone.

The bespoke detailing isn’t just confined to the livery, either, as the owner has also specified 24ct gold heat shielding (an element borrowed from the F1), Lexan rear engine cover and modified engine bay shrouds, all unique to this P1 GTR.

Exterior aerodynamic elements have also been changed, with a new splitter, dive planes, Gurney flap and barge boards helping clean the air along the body sides, and larger rear end-plates for the wind adding extra downforce on the rear.

Inside, bespoke Senna branding and trim has been applied, with McLaren even going to the effort of matching the steering wheel Alcantara to Senna’s original MP4/4 F1 car. Unfortunately, like all non-LMP1 GTRs, this will not be road-legal, rather an example of the skill and ability of McLaren’s Special Operations department.