We’ve already seen it in concept-form, but these patent renders offer a first look at the model in production spec 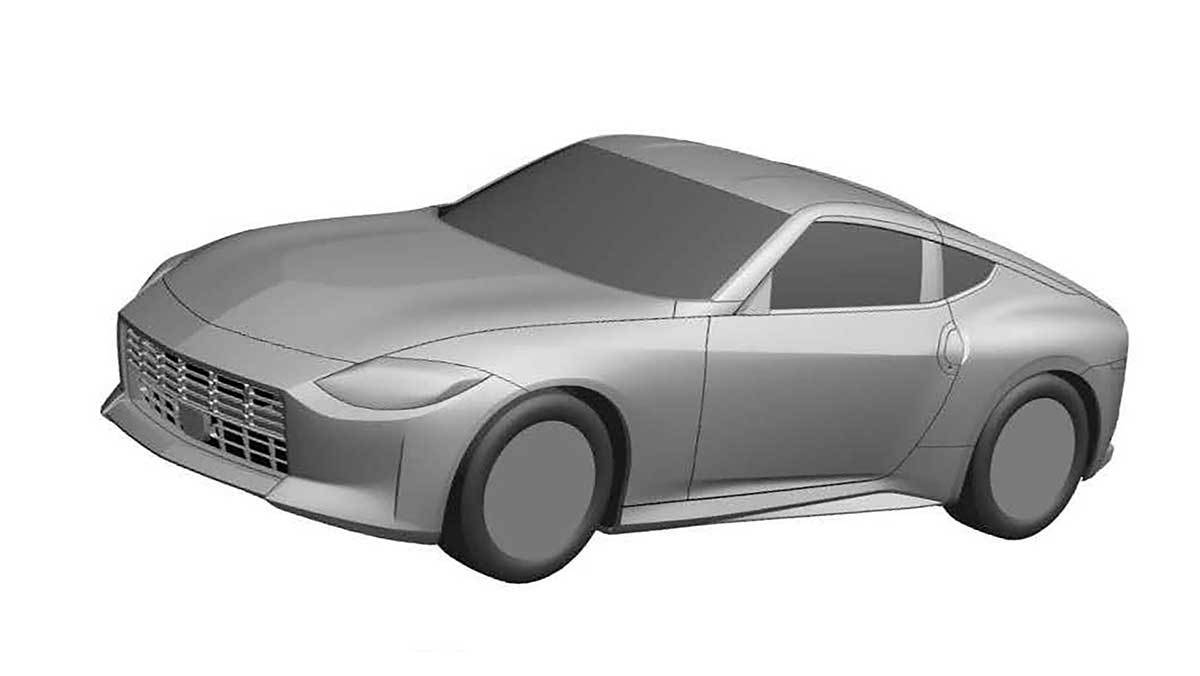 Following last year’s reveal of the Nissan Z Proto concept, patent images of the final production car have surfaced online. The new generation sports coupe follows the 370Z some 11 years after its 2009 reveal, but with a rather more serious drivetrain and retro overtones.

Though details of the production powertrain are still to come, the patent renders suggest that the final production car will be near-identical to the concept we’ve already seen. Aside from adjustment of the front splitter, front grille and the addition of a fuel filler cap on the left rear wing, there are no changes to be found – even the door handle design has remained the same.

There is a pretty big catch with the new Nissan Z car, however: it’s not coming to Europe. As announced by Nissan Europe last September, ‘The Nissan Z Proto is an homage to Nissan’s sports car heritage, passion and innovation, updated for the modern age. However, a shrinking European sports cars market and specific regulations on emissions mean that Nissan was unable to build a viable business case for the introduction of the production version of the next generation Z-car in Europe. In Europe, Nissan’s priorities remain on its commitment to renew its crossover line-up and accelerate its range electrification strategy.’

The new Nissan Z shares its two-seater two-door configuration with many of its predecessors. At 4382mm long the Z Proto concept is 142mm longer than the 370Z, and almost bang-on the same length as a Toyota Supra. At 1850mm wide and 1310mm tall it is a little narrower and taller than the Toyota, but has a similar tyre footprint on the road with a combination of 255/40 R19 front and 285/35 R19 rear rubber (the same as the Supra at the front, and plus 10mm at the rear).

Another contrast is that Nissan’s next Z will be available with a six-speed manual transmission, rather than being auto-only like the Supra with its eight-speed unit. While the two powertrains sound similar in concept, the combination of a manual transmission and an engine not developed in Europe are likely to be contributing factors in the Z’s inability to pass EU regulations.

While it is a shame that the Nissan Z will not be offered in the UK and Europe, it’s important to understand that the market is one that’s very difficult to enter without vast levels of investment. Unfortunately the old-school elements that make the Z Proto feel so refreshing in our modern age of dual-clutch transmissions and hybridised powertrains also make the car nearly impossible to regulate for some markets. It’s also worth remembering that the Nissan-Renault alliance still has a modern, fantastic sports car to take our fancy in the form of the Alpine A110, a car we feel is still a superb example of how good a lightweight, relatively affordable sports car can be when engineered with the right tools and by the right teams.