The latest generation Volkswagen Scirocco has been given a mild facelift. Is it still a valid hot hatch option after six years in production?

For a manufacturer that is champing at the bit to become the largest automaker in the world (currently just a few thousand sales per annum behind top dog Toyota) a bit of diversity from the brand that has built its reputation on quality, reliability and typically stoic Teutonic virtues ain’t no bad thing. While the Scirocco most definitely ticks all Wolfsburg’s quality control boxes it also has something else, something a little bit special. And, in my fantasy world, I would like to give the credit for that to Walter Maria de Silvia.

Trying to unravel ‘who actually designed what’ for any modern production car is like disentangling the Gordian Knot. But Walter, the Italian who is currently Head of Volkswagen Group Design, is ultimately responsible for cutting through the red tape tangle and signing off the design on the latest generation Scirocco. So he gets the kudos for what is arguably the best looking peoples car you can purchase from the Das Auto shop. 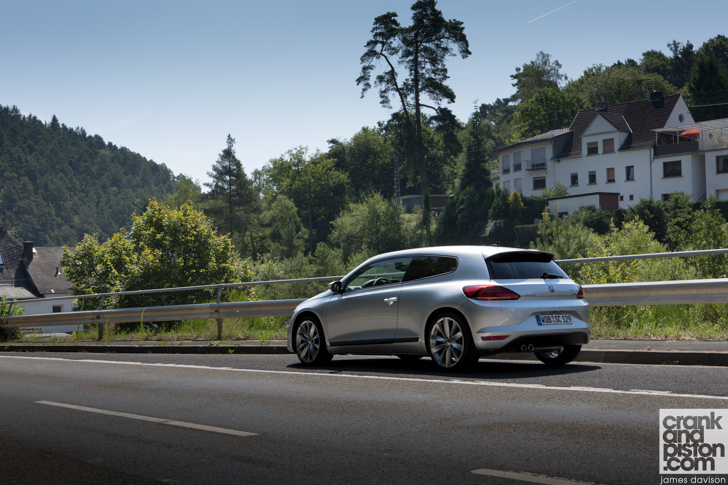 It is therefore a bit of a relief that Volkswagen hasn’t gone down the Joan Rivers avenue of extreme cosmetic enhancement for the ‘New’ Scirocco’s facelift. It is only six years old and simply didn’t need it. Notable additions include the new headlights and tail lights with the latter being fancy new LED items for all models while bi-xenon headlight equipped Sciroccos now have integrated LED daytime running lights. A bit sharper, a little more modern looking and probably more functional, but hardly dramatic.

What is far more apparent is the revised bumper styling across the Scirocco range. We’ve been supplied with a 2-litre TSI and a Scirocco R for our little jaunt across Germany on the new ‘rocco’s international launch and their front ends differentiate the two considerably. The 2-litre TSI has an almost ‘friendly’ face while the Scirocco R’s front bumper is cleverly designed to make the car look more squat and aggressive. It is a clear distinction in personality and purpose without ruining the aesthetics and, in light of no other evidence, we’ll give Walter the hat tip for this one as well. 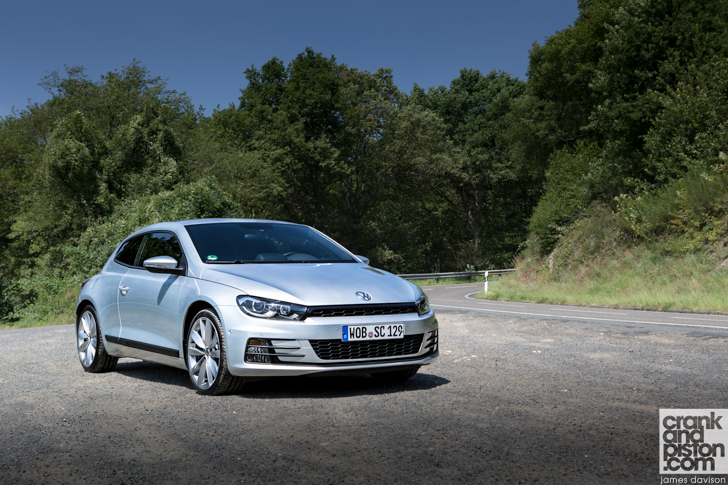 Dynamically, both models continue to impress (as nothing much has changed) although our test route in the 2-litre TSI unfortunately consists mainly of restricted autobahn. However, a brief blip along country roads for the final stage of the route is an instant reminder why the Scirocco has always been a favourite here at crankandpiston. That lively back end squirms around as you pull yourself from each corner (just like a hot hatch should) and it’s hard to think of another, currently available, pocket rocket that produces more thrills on twisty tarmac. Well, it would be hard to think of one if we didn’t also have the Scirocco R at our immediate disposal.

It’s been a few years since driving a Scirocco R in anger and a lot has happened in the interim. The Mk7 Golf GTI has arrived, built on the marque’s Modular Querbaukasten (MQB platform) and running the new EA888 engine. The ‘New’ Scirocco R, however, shares its underpinnings with the Mk5 Golf and utilises the older EA113 2-litre turbocharged engine which, colour me contrary, maybe isn’t such a bad thing for the Scirocco. 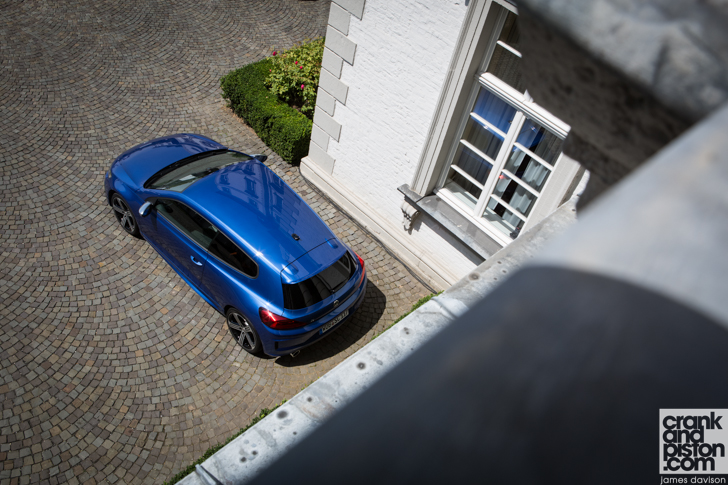 Despite our test car being in Euro-spec guise with an indiscernible (to my spider senses) extra 15bhp more than the older model, it doesn’t feel quite as brisk as the new Golf. It is also more obviously turbocharged and a little more laggy which, consequently, produces more driver involvement than the slightly more mature Golf. To get the best out of the Scirocco R requires more concentration keeping the revs in their happy range to stay on boost, whereas the new Golf’s ability to hitch its skirt up and run at anytime when called upon is certainly impressive, but maybe not so exciting.

Even though pricing and specifications have yet to be announced in their entirity for the Middle Eastern market, it would be hard to justify with logic alone choosing a Scirocco over the new supremely capable Golf. The Golf is built on the new platform with the current crop of VW engines and, if practicality is also a concern, then the Golf wins hands down. It even has the option of more doors (if you like that sort of thing) and is therefore far more sensible and mature. But logic be damned. 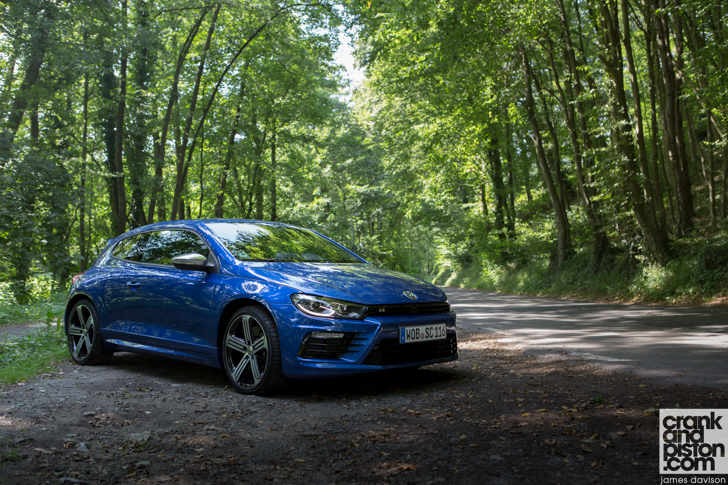 The Scirocco still remains one of our favourite performance ‘sports compacts’. Thanks to Walter (probably) the new cosmetic updates haven’t spoiled its good looks, and its character is still thankfully reminiscent of hot hatches of yore. The Scirocco R, in particular, still maintains a little youthful bad attitude that equates to something appreciated by a pocket rocket connoisseur: it’s still immense fun to drive.