It would be easy to be cynical, but the new Porsche 935 is beguiling and addictive 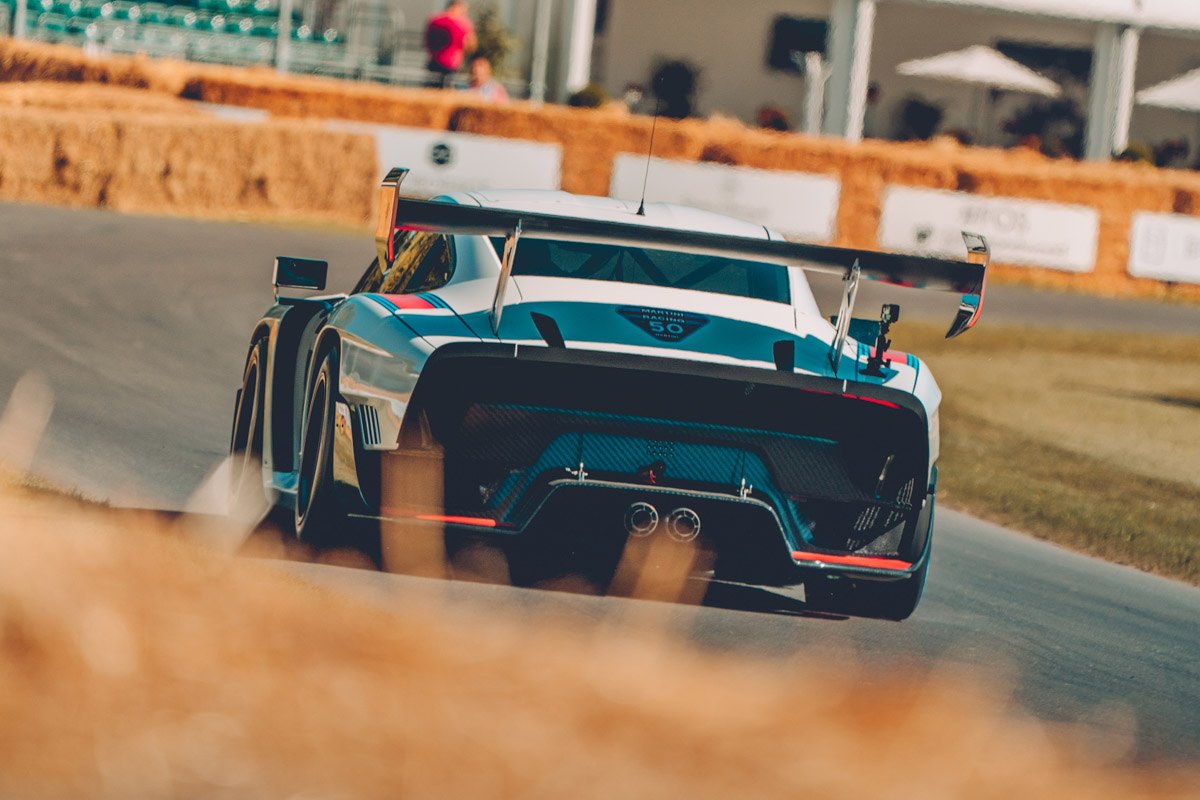 Evocations of the past using modern machinery can be tricky. Particularly from the photos it can sometimes be difficult to tell whether something is a fitting homage or a poor pastiche. But as soon as anyone saw Porsche’s 935 tribute in the Supercar Paddock at this year’s Goodwood Festival of Speed it was clear that it fell into the former camp rather than the latter. The all-carbonfibre bodywork shrouding the GT2 RS underpinnings is beautifully done, and the way that it mimics the original by retaining the standard car’s bumper and rear lights underneath the new skin is superb. Even the Martini livery looks good.

The drivetrain is essentially all the same as the GT2 RS Clubsport, which itself is the same as the GT2 RS. That means 690bhp and 553lb ft of torque from the 3.8-litre twin-turbocharged engine. The seven-speed PDK ’box from the road car remains, but is now rigidly suspended, while the limited-slip differential has been ‘optimised for racing’. The 0-100kph time hasn’t been released, but with fully warm rear slicks it must surely drop below even the mighty 2.7sec claimed for the GT2 RS.

With the bodywork all being carbon and the interior having fewer creature comforts than a G-string, the 935 weighs 100 to 150kg less than a GT2 RS (according to the engineer I spoke to), which takes it down to around 1320kg. As well as being lighter, the 935 is also longer at 4.87 metres and wider at 2.03 metres.

The tank for the water supplying the intercooler jets has been moved from the front boot to just behind where the passenger seat would be if there was one. But most intriguing is what’s in front of the driver. The steering wheel is all-carbon and anything but round. There are small, Skittle-like buttons scattered over its surface that control everything from the drinks system, to radios, to the telemetry. Behind this is a Cosworth digital dash with shift lights set into its upper arch and red LEDs down the sides to signify when the traction control has been triggered. Sandwiching the digital screen are analogue dials. The one on the left is recognisable as a Sport Chrono clock, while the one on the right is a bespoke boost gauge produced specifically for the 935.

The LED lights on the rear wing endplates actually pay homage to another, more recent Porsche racer – the 919. There is also an air jack system and there are three-way racing dampers. The brakes are steel rather than the PCCBs fitted to a GT2 RS but they are adjustable for balance front-to-rear, and the ABS has ten different levels.

The Duke of Richmond’s driveway might not be the ideal test route for the 935, but nonetheless you can learn a surprising amount about a car while tackling the narrow, cambered hill climb (as well as trundling to and from the paddock). The racing seat and a six-point harness (not to mention the safety netting strung either side of your head) might look intimidating, but actually the sense of security from their respective embraces is very reassuring. As is the familiar 991 PDK selector sprouting from the transmission tunnel.

The steering wheel, however, instantly makes you concentrate, fixing your hands in a quarter-to-three position. Pull back either of the wafer-thin carbon paddles and the way the gearbox responds feels even more immediate, perhaps as much thanks to the lack of sound deadening as anything else. Similarly, the engine has an even rawer, more raucous timbre to it, the big, low growl filling the car.

Off the line you’re instantly aware of how fast the 935 is, and even without heat in the rears the sub-three-second 0-100kph time feels eminently achievable as you pile through the gears, the lime trees rapidly blurring in your peripheral vision. Then you get to the first corner and realise that there is no heat in the front slicks. It is very unnerving feeling the front end wash wide, the cold rubber taking an age to grip the tarmac and turn the nose. Best treat it very much like an old 911 to start with…

A flash from the red TC lights on the way out of the second corner and then the 935 launches itself up the hill. The engine still feels incredibly linear and tractable but you need to keep an eye on the shift lights to make sure you don’t hit the limiter. By the time I am in fifth gear going under the footbridge and heading towards the treacherous Molecomb corner, I don’t mind admitting that the speed is slightly unsettling, given that it feels like you’re driving down a country road (with thousands of people watching).

The ferocious acceleration is wildly addictive though, and I look forward to every full-bore upshift opportunity from there to the finish line. The cracks from the exhausts on the downshifts are almost equally entertaining. After the initial nerviness I even get used to the feel of the slicks and that lovely, smooth way in which untreaded tyres move.

It might only be 60 seconds of madness but the rather uncharacteristic whoops and hollers that I let out as I pass beneath the finish gantry shows that the 935 has triggered all the emotions that you would hope such a car would. From mild terror, to excitement, to pure joy, it is a rollercoaster ride.

At about $935,000 and with only 77 being built, not to mention it being track only, the 935 is not the sort of thing you’re likely to see very often. If you’ve missed out on securing one, then a cheaper (around $445k) GT2 RS Clubsport is perhaps an option, although there are also only 200 of those being built. Perhaps pick up a second-hand GT2 RS road car? They’re still very good…