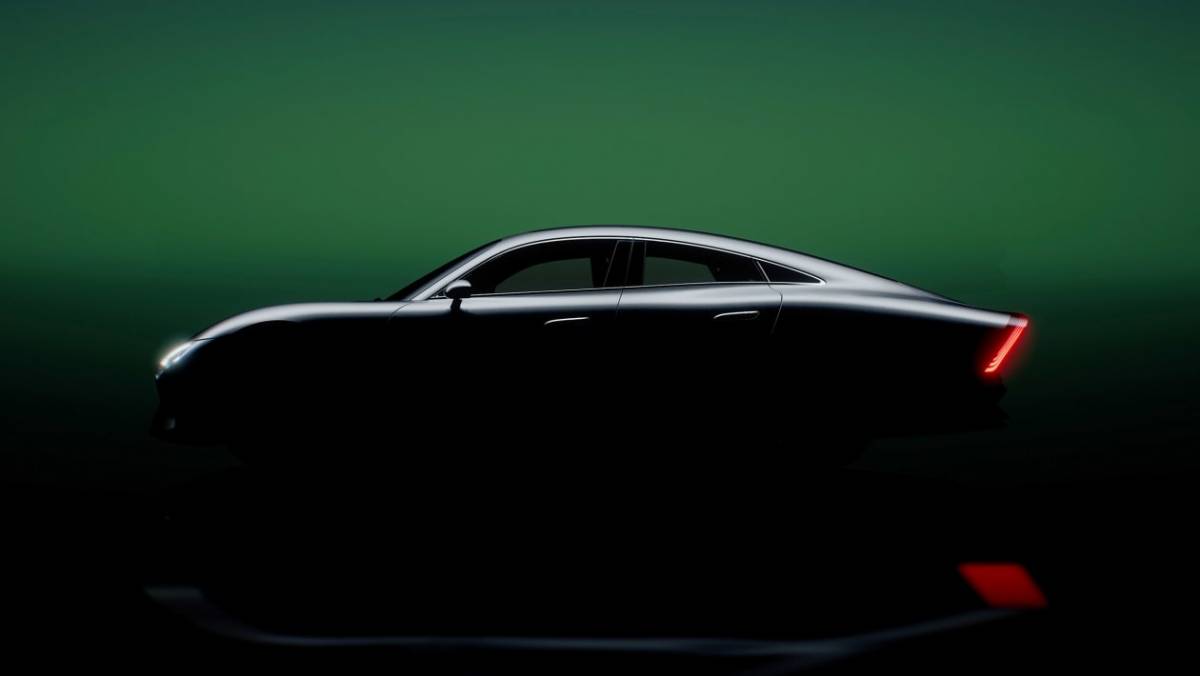 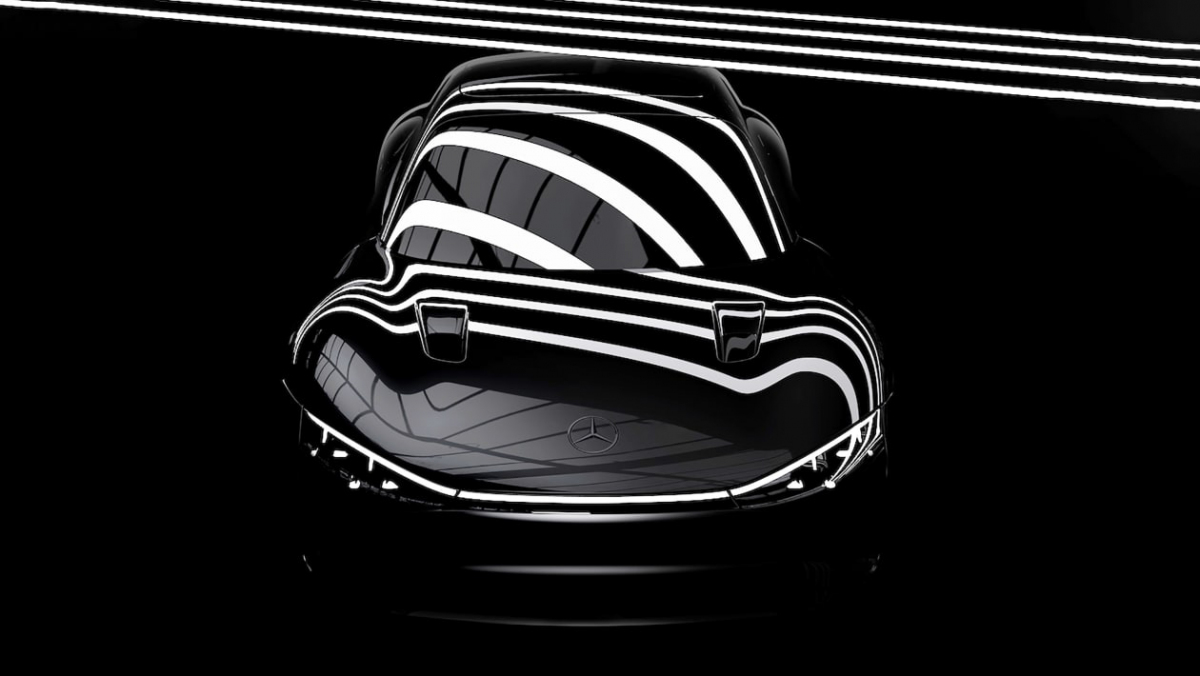 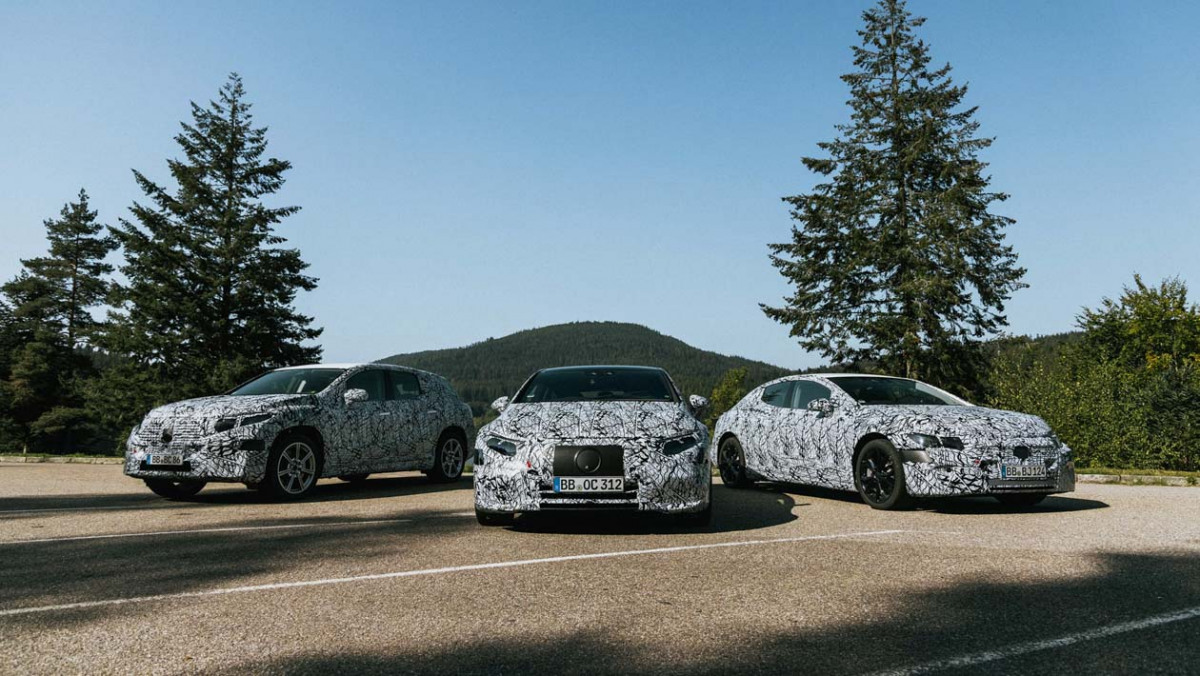 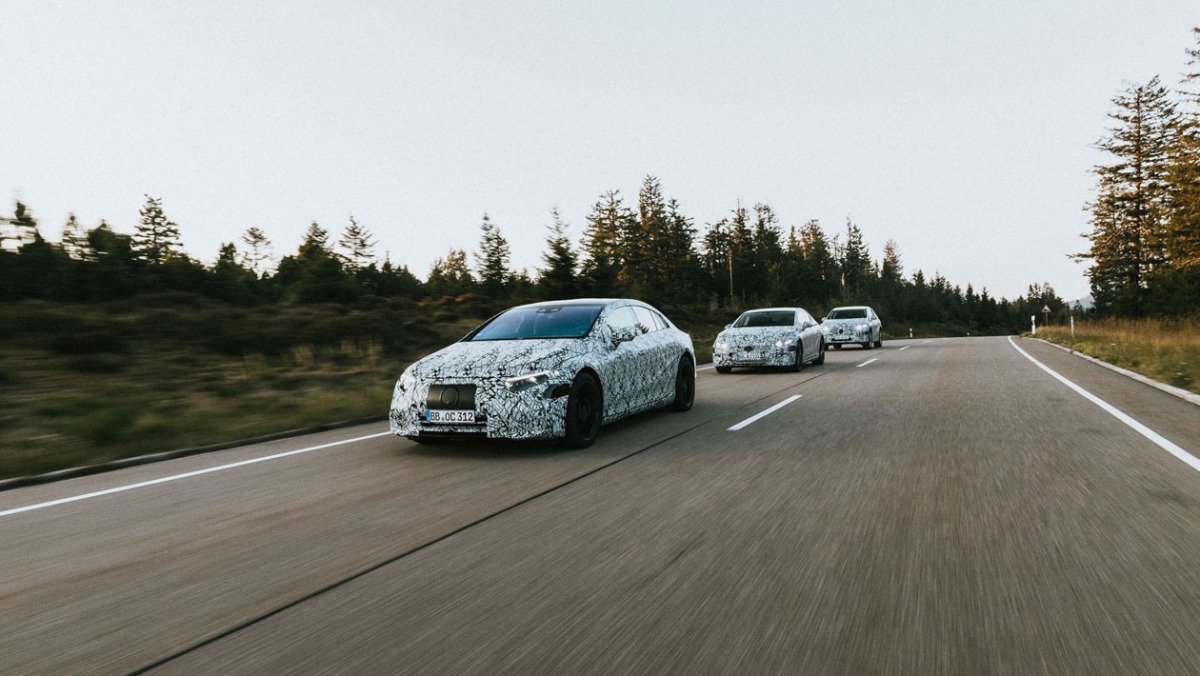 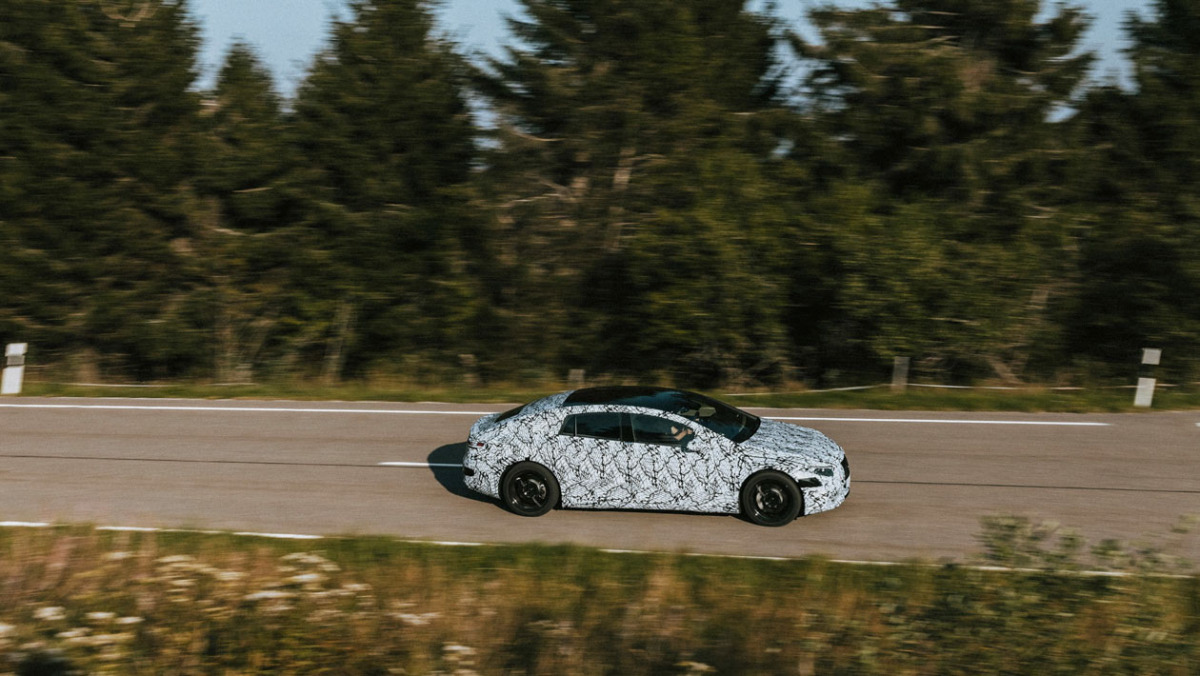 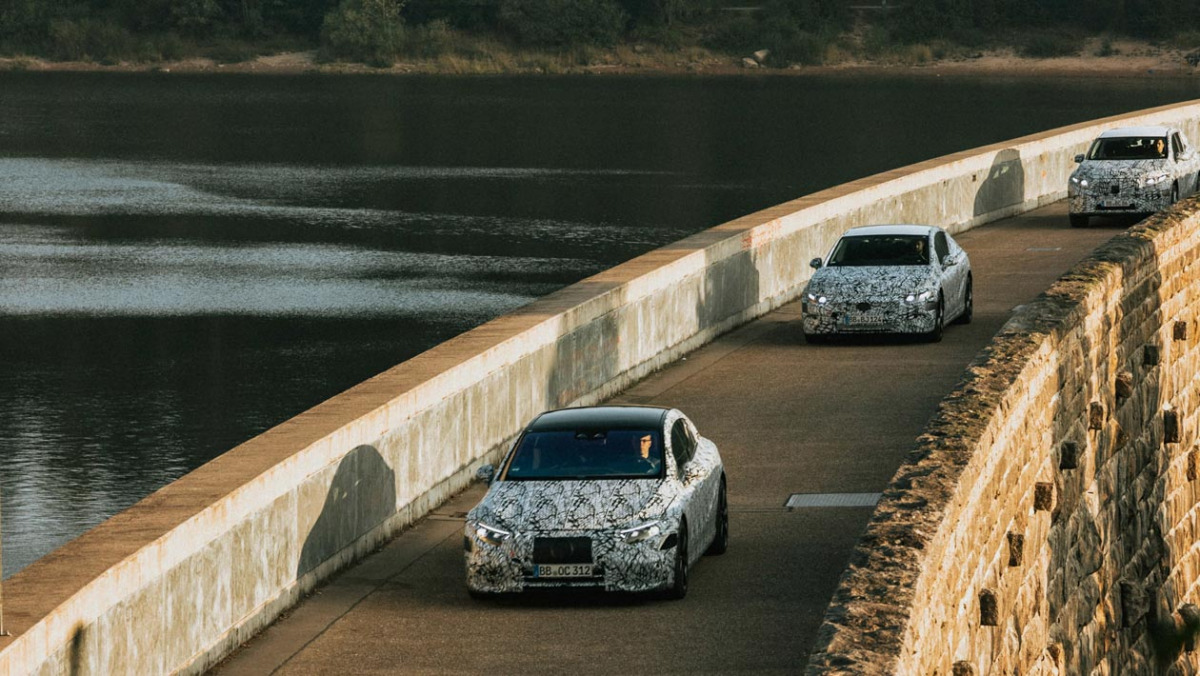 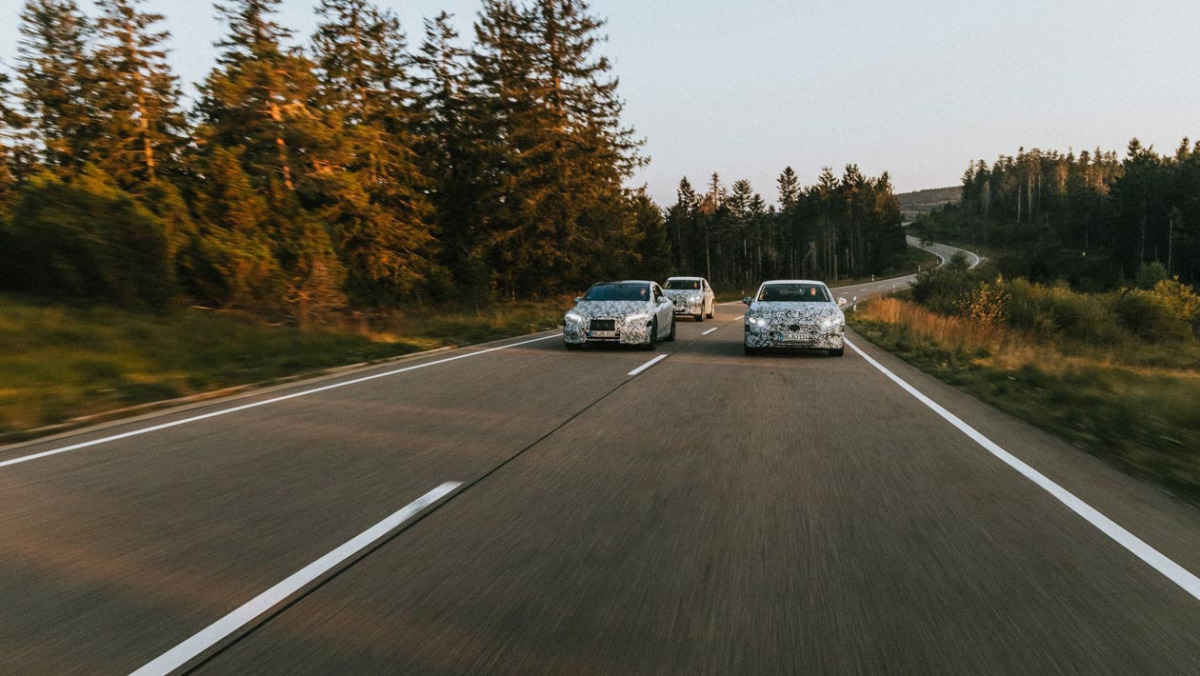 Mercedes-Benz has revealed more about the EQXX Concept it’ll reveal at CES in January, previewing a low-drag, yet still distinctly three-box saloon silhouette. Destined to be ‘more than just a concept car’ according to Mercedes chief technology officer Markus Schäfer, the EQXX will act as a development centrepoint for its next generation of electric vehicles, pursuing long-range capabilities not through adding battery capacity, but increasing powertrain efficiency.

Mercedes is targeting a 100 kilometer range for the EQXX, but aims to achieve that number with a kWh/100km energy consumption figure under 10 – nearly half that of the 18.9-16.2kWh/100km rating of its EQS saloon. To reach this benchmark, Mercedes will focus on key areas of development such as lightweighting, miniaturisation of the powertrain components and the EQXX’s aerodynamic efficiency.

It’s designed to be a linchpin of Merc’s $45 billion investment into advanced EV development –  which has so far yielded a rapidly-expanding EQ range and AMG’s new E Performance range – but the EQXX’s form will be of a traditional saloon, and along with the technical innovation it’s expected to portray should also provide a look ahead at the future aesthetic direction that we can already see forming in the teaser image.

To begin with, the single-arch silhouette of the EQS and EQE is completely gone, with a relatively upright windscreen and near-three box shape defined by a segmented cab and extremely long tail. The extended rear deck is then finished with a Kamm tail, shearing the air from the car reducing the amount of wake as air detaches from the body.

This curiously diverse approach to making the EQXX as aerodynamically efficient as possible sits in fierce contrast to the jelly-mould aesthetics of the EQS and EQE. Another curiosity is visible elements familiar from current production Mercedes models such as the pop-out door handles and wing mirrors – elements that might allude to this concept being closer to a future production model than Mercedes might admit.

With the Volkswagen Group proceeding with its Artemis project and BMW’s next generation of EVs promising big steps forward, the EQXX will likely be Mercedes’ vision ahead it’s hoping will push its current position in EV development against its key rivals further still. 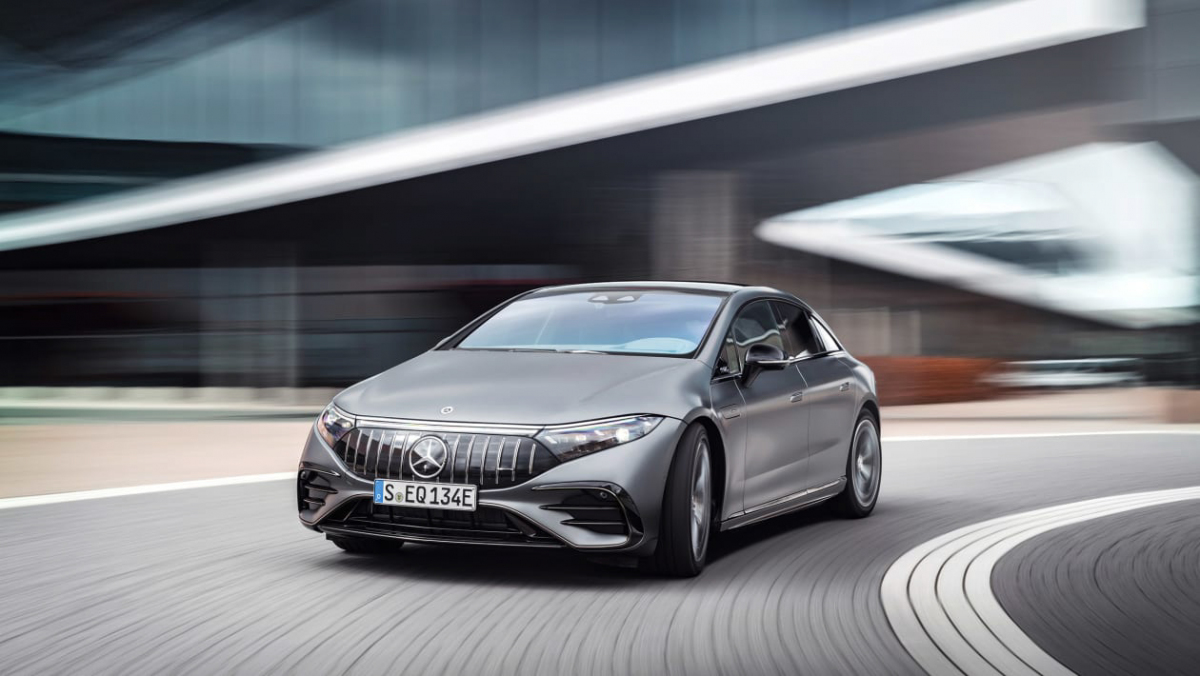 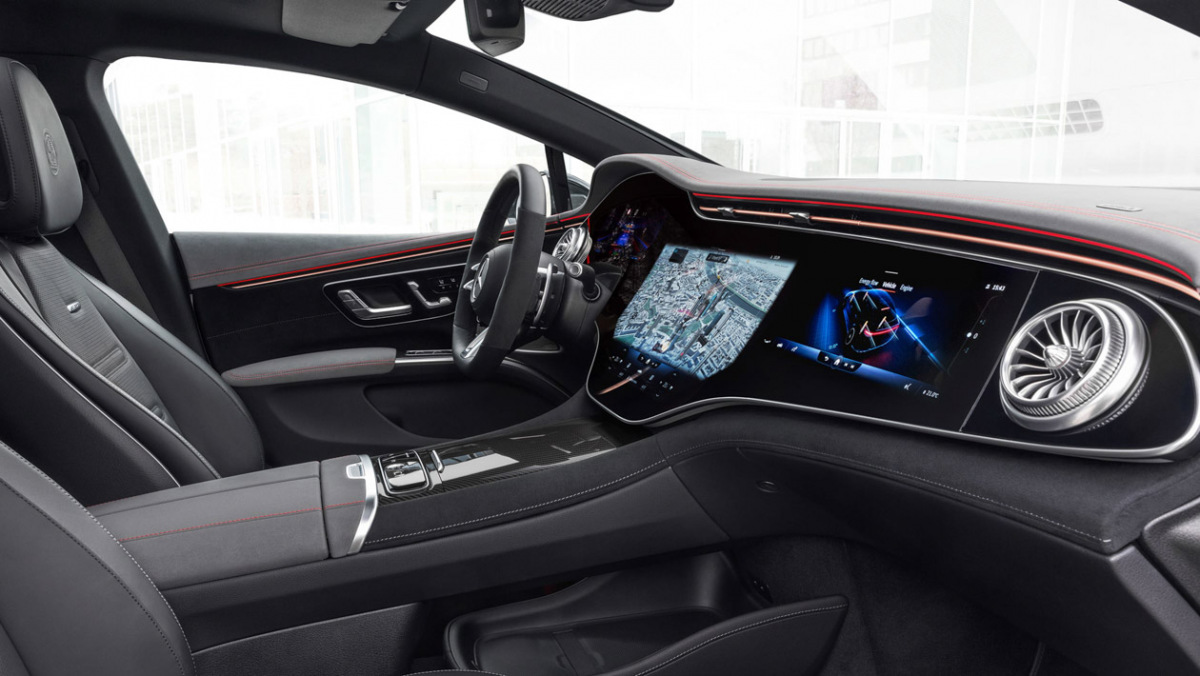 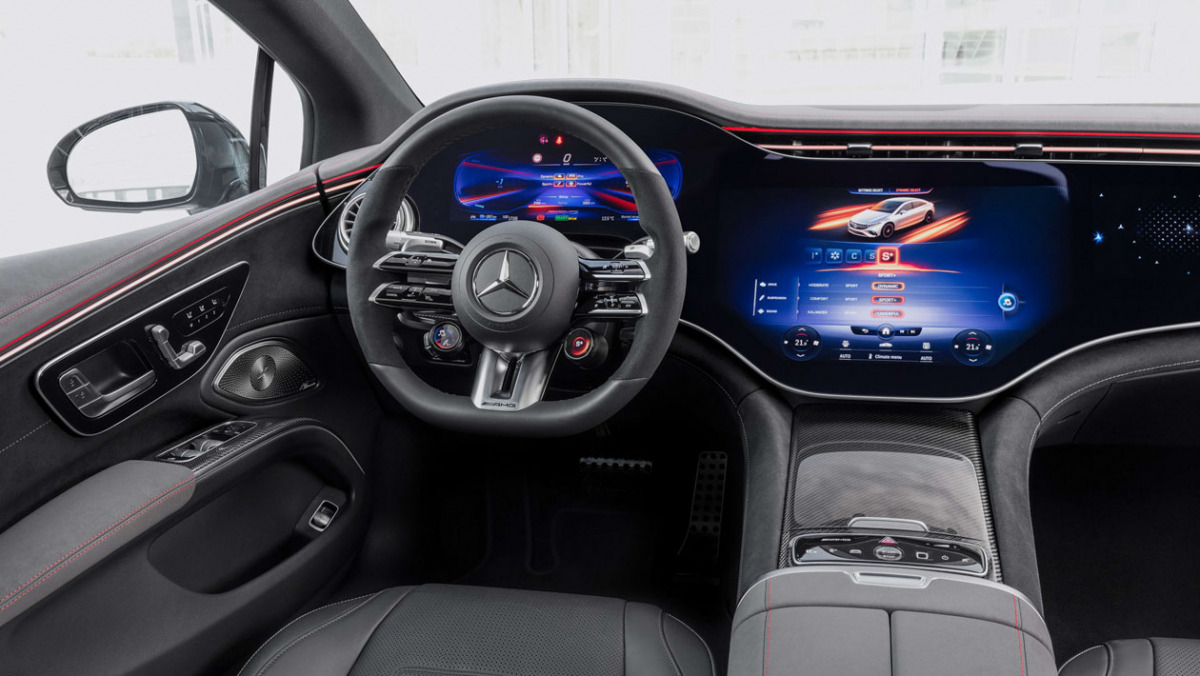 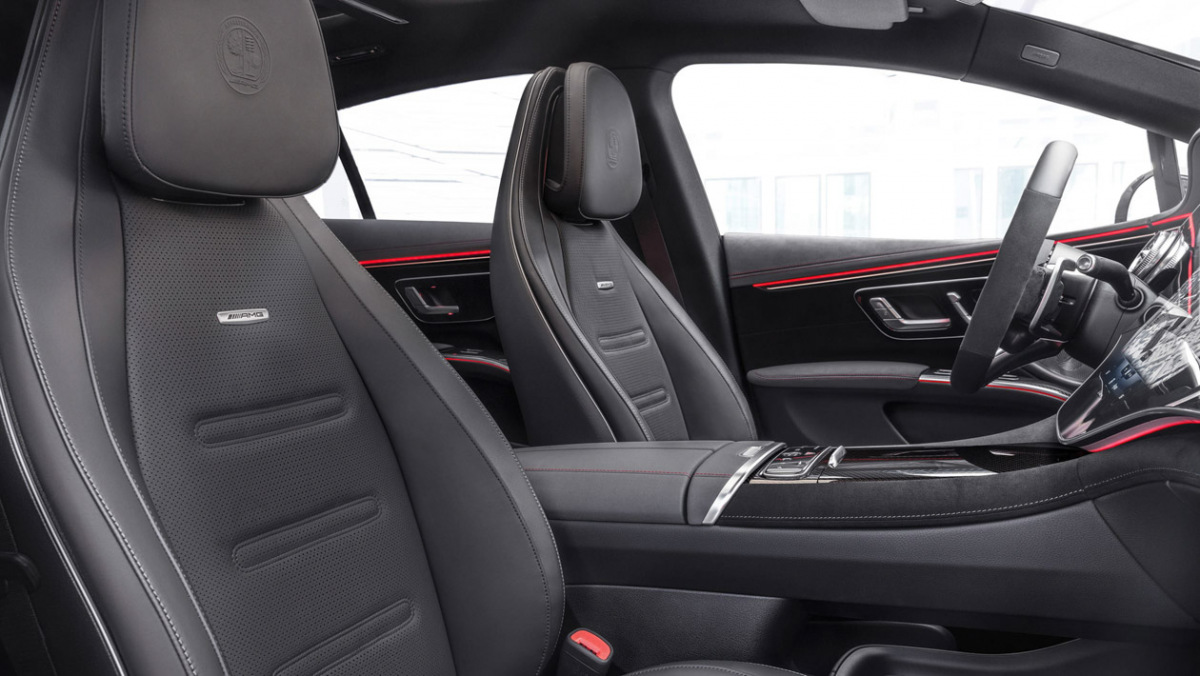 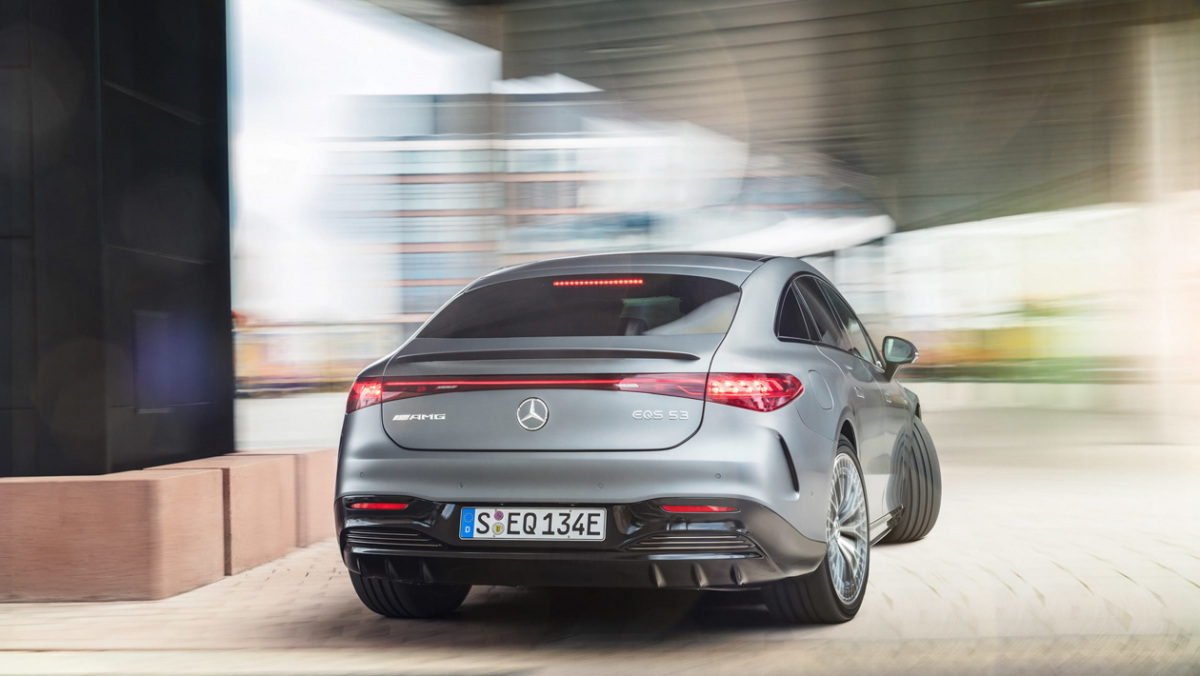 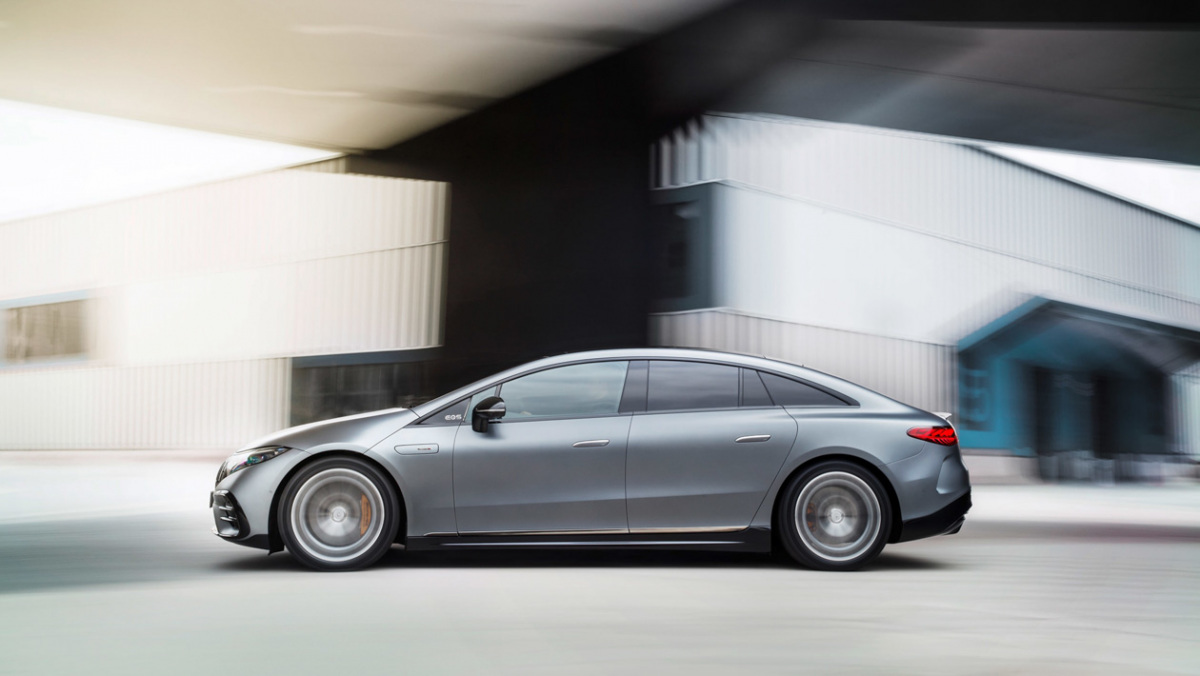 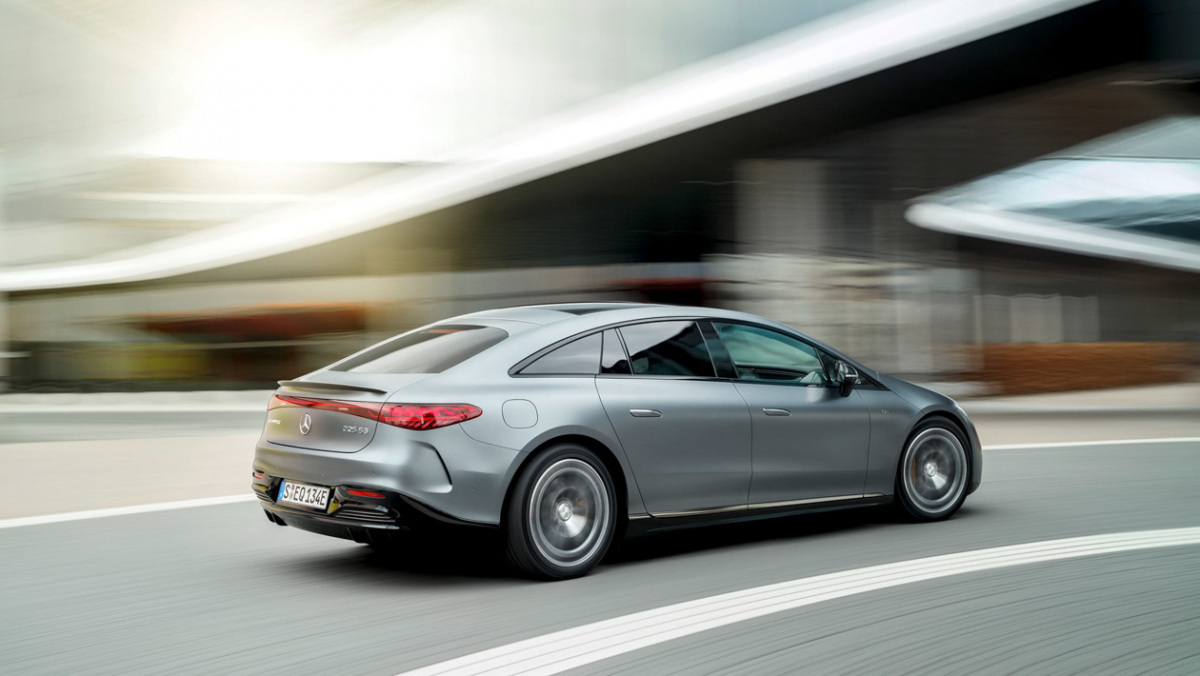 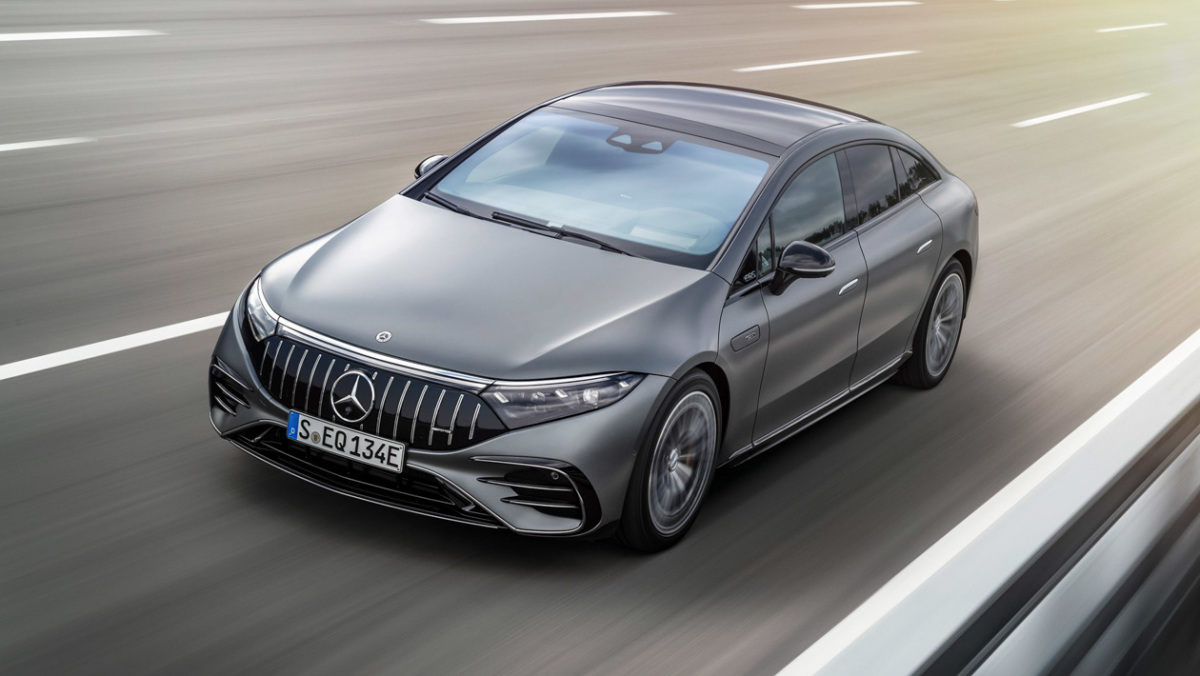 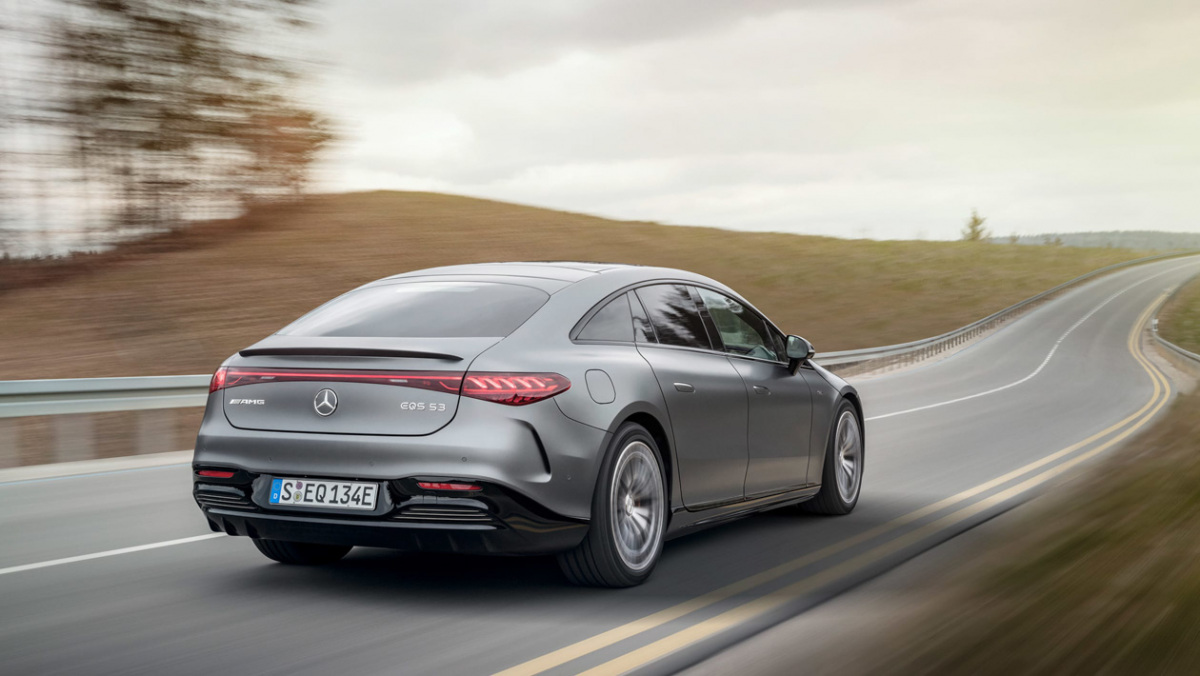 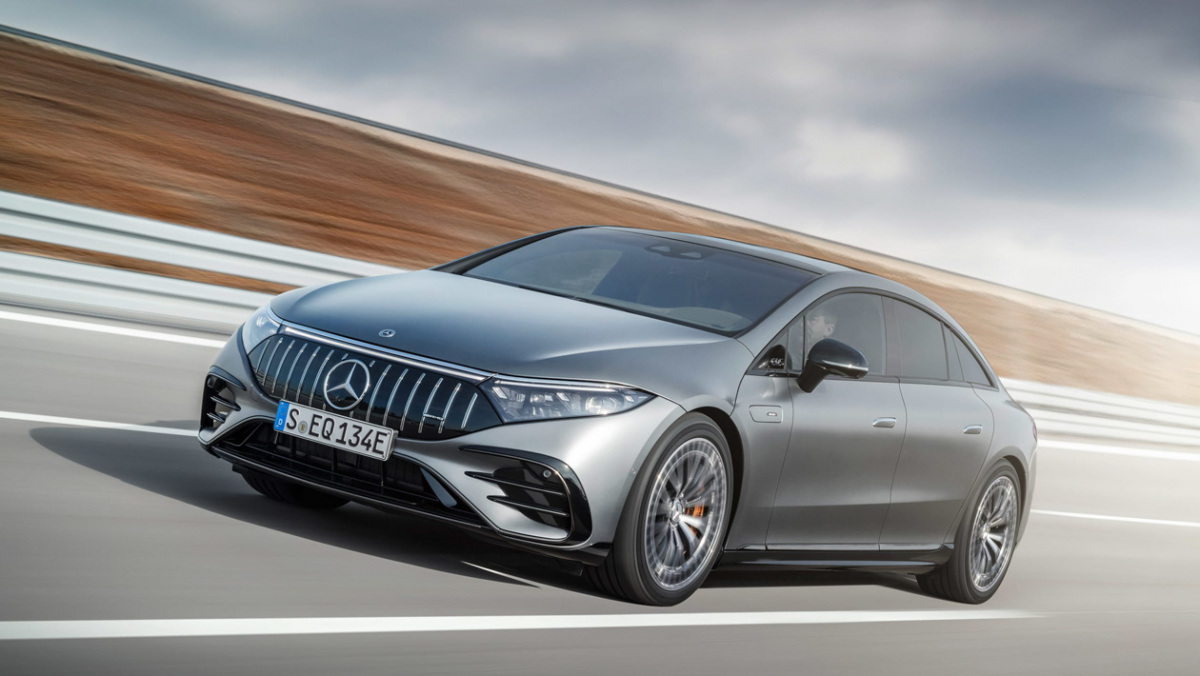 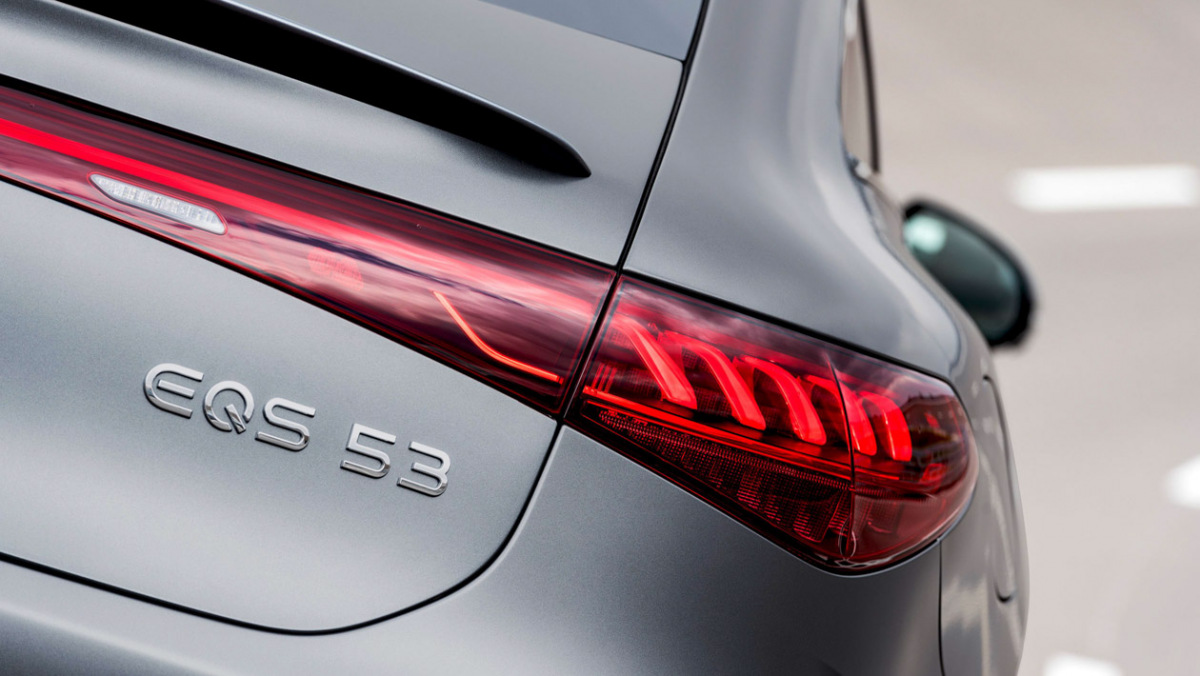 Ola Källenius, CEO of Daimler AG and Mercedes-Benz AG, said: ‘The EV shift is picking up speed – especially in the luxury segment, where Mercedes-Benz belongs. The tipping point is getting closer and we will be ready as markets switch to electric-only by the end of this decade.’

From 2025, Mercedes-Benz has confirmed that all new architectures will be electric-only, with three due to be launched that year: MB.EA for medium to large passenger cars, AMG.EA for performance and VAN.EA for purpose-built electric vans and light commercial vehicles.

Announced last year was the EVA platform on which the EQS and EQE are currently based. This platform will soon spawn SUV versions of both that will mimic the saloons in size and price. Mercedes will eventually reveal a smaller platform called MMA, which will underpin a new generation of small-to-medium models across all body shapes beyond 2025. Mercedes-Benz’s plans have also shone a light on what to expect from its sub-brands too, with AMG, Maybach and G all to gain electrified models and full EVs. Maybach will expand its own brand of luxury to the EQS and EQS SUV.