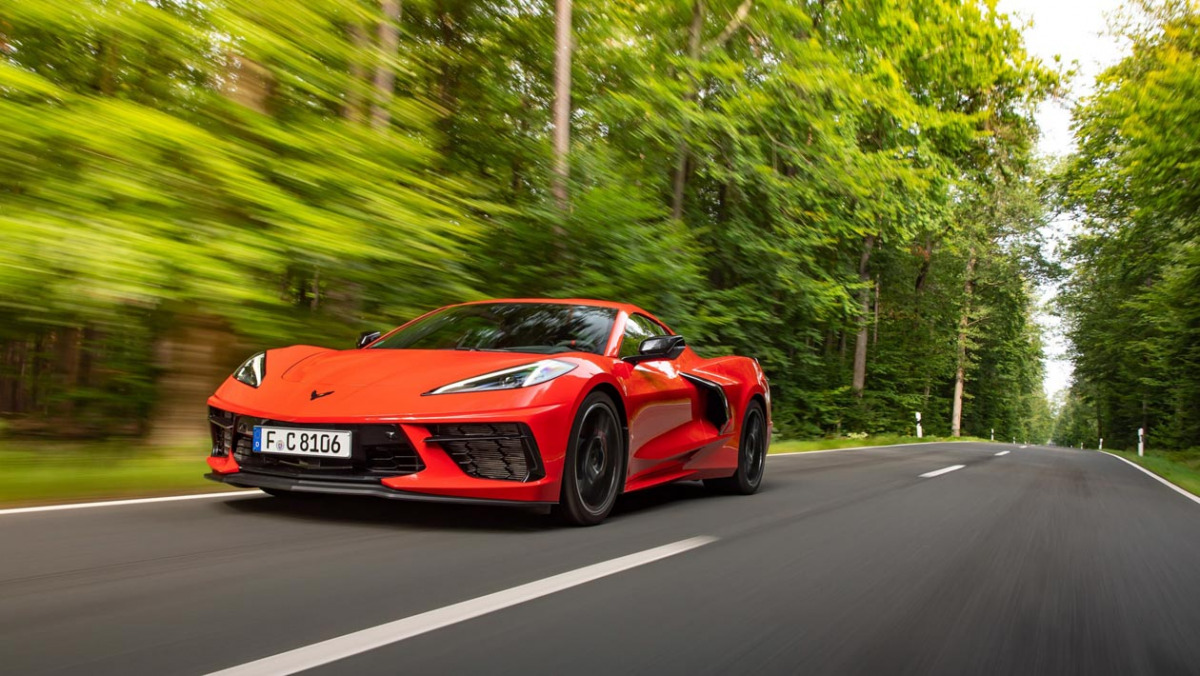 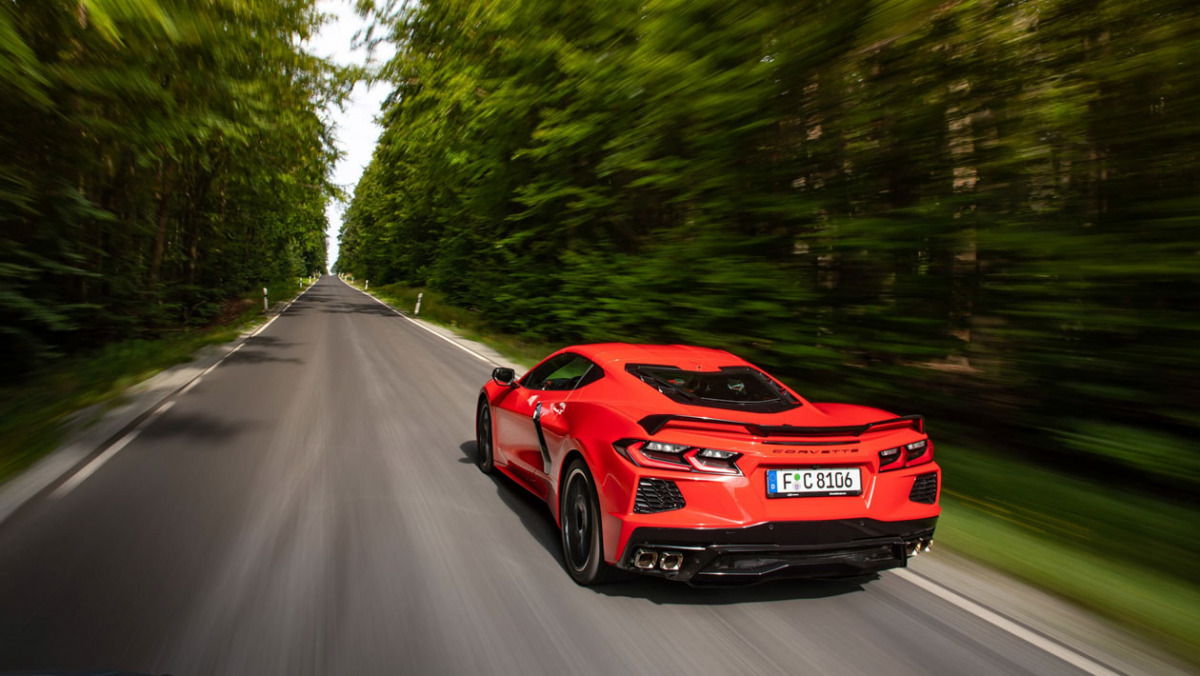 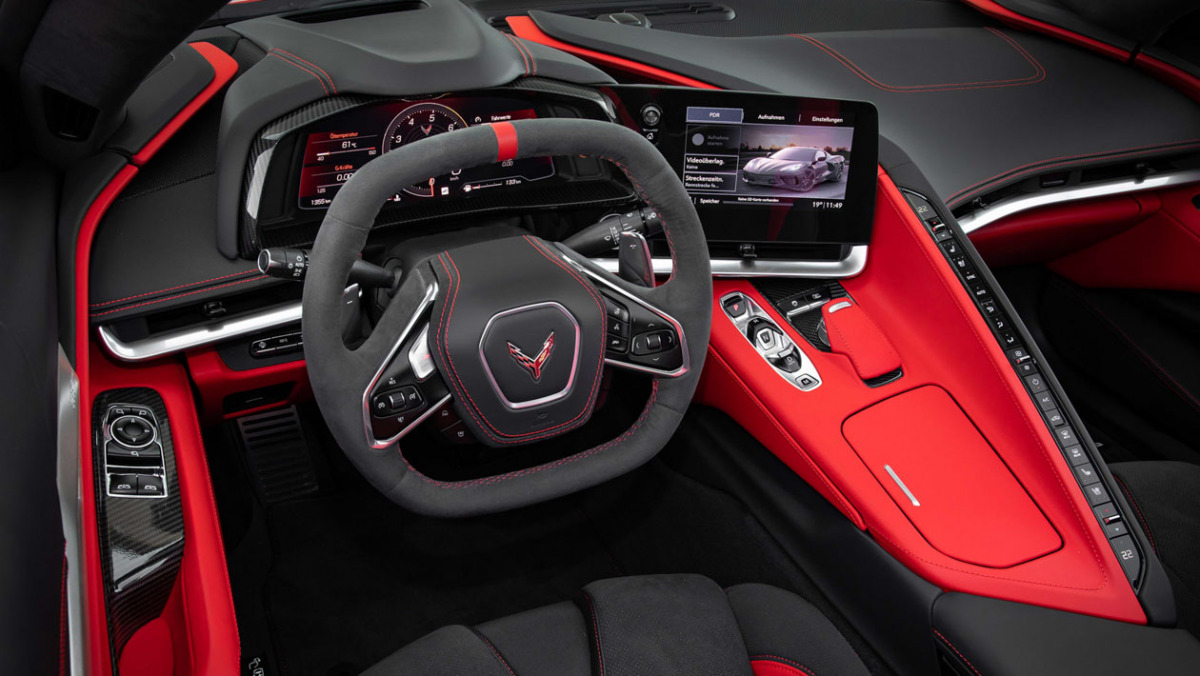 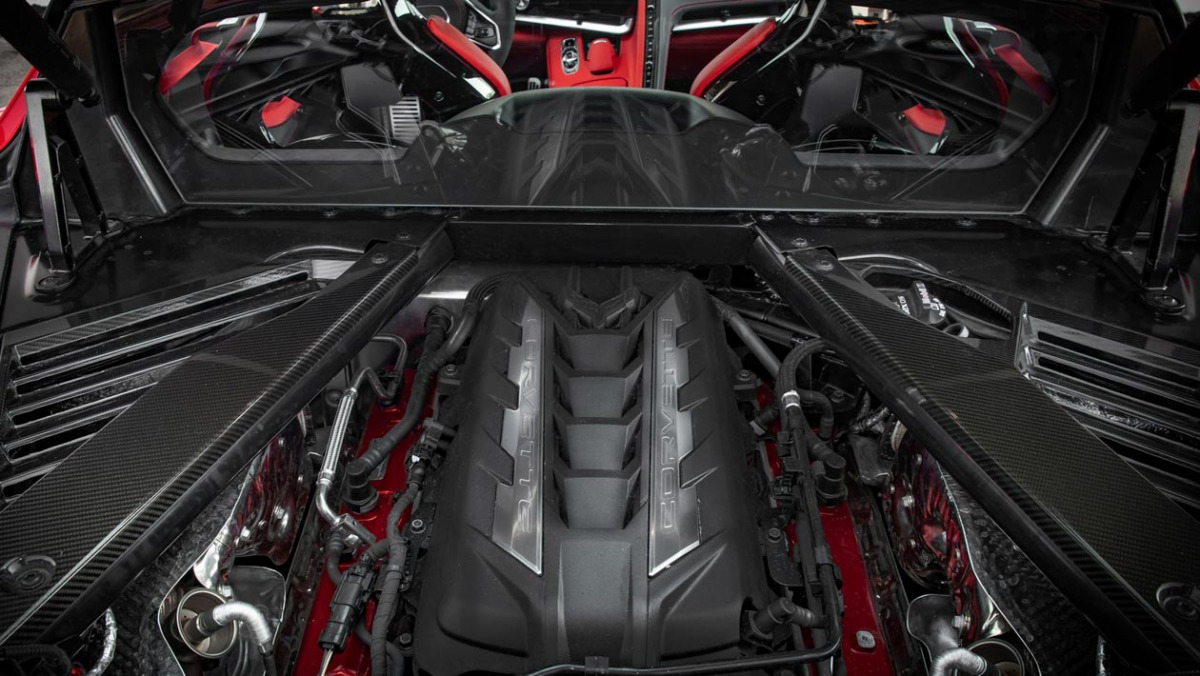 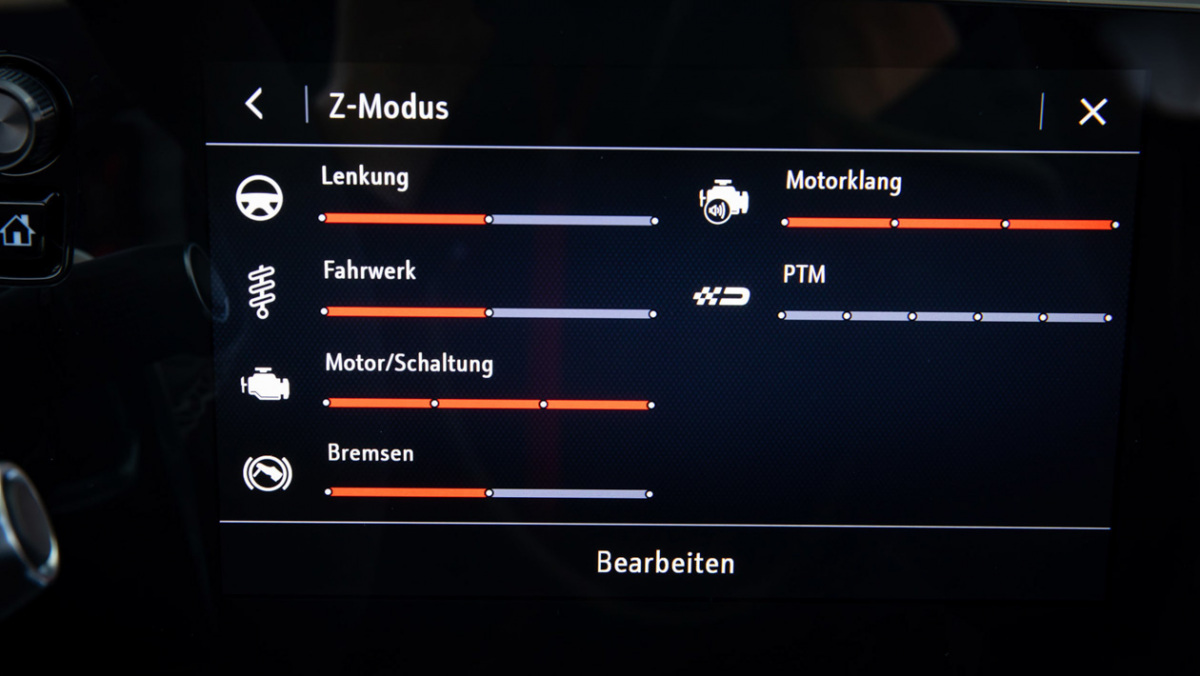 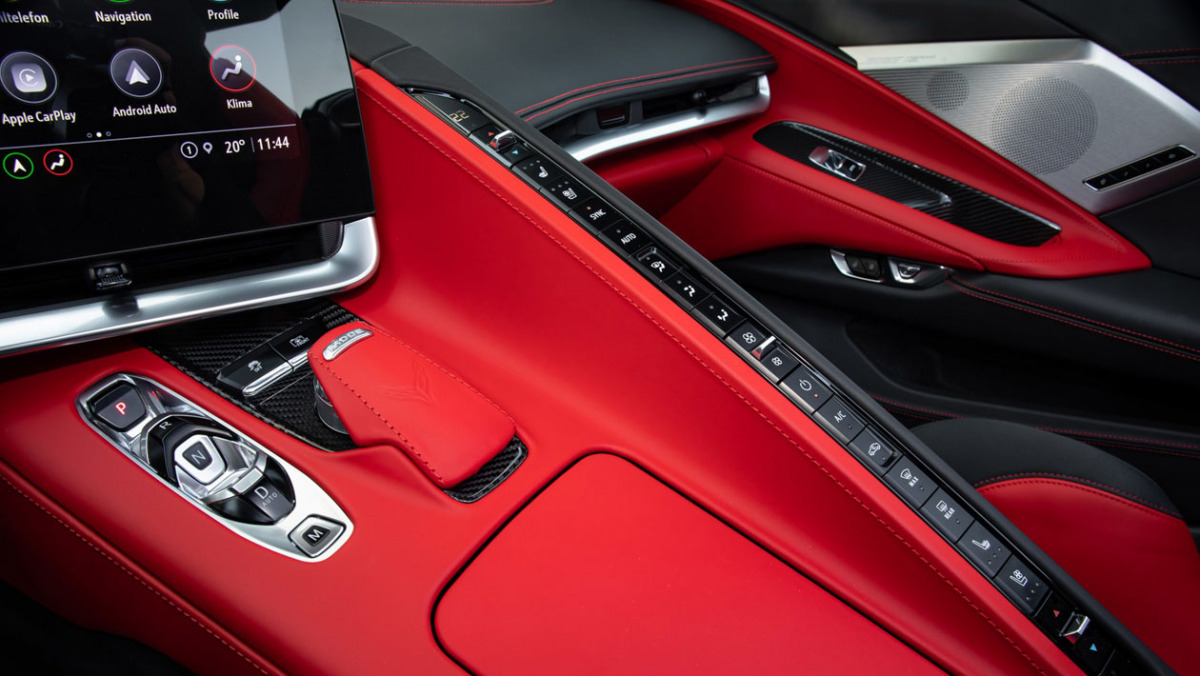 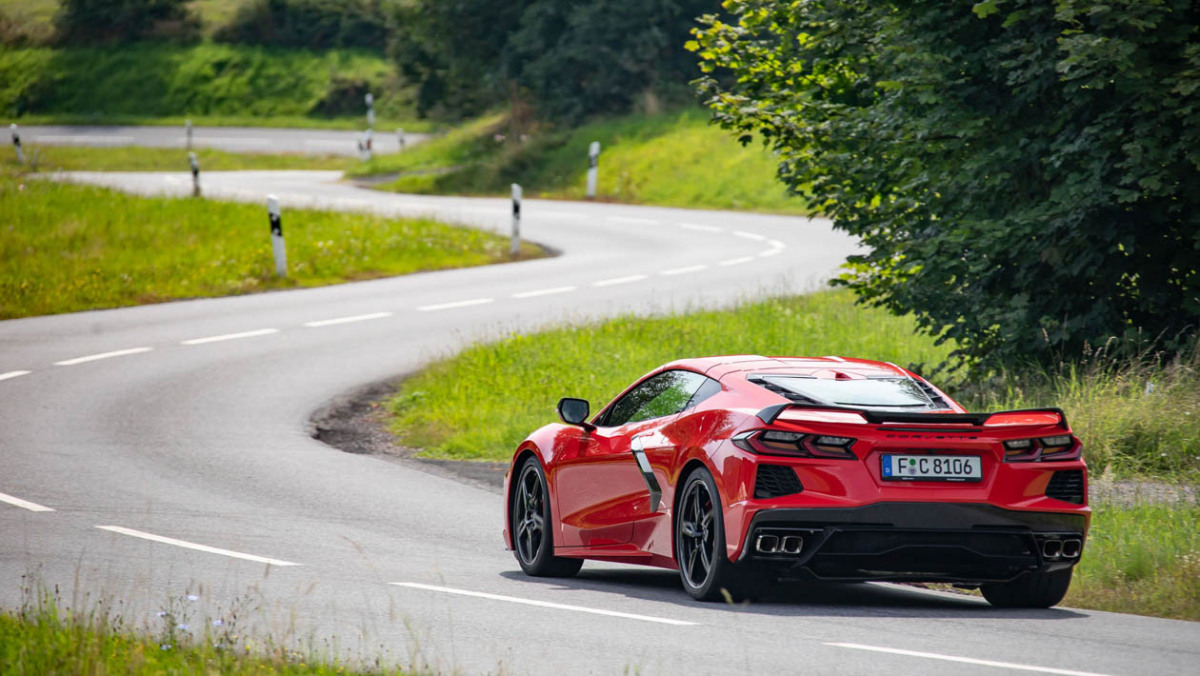 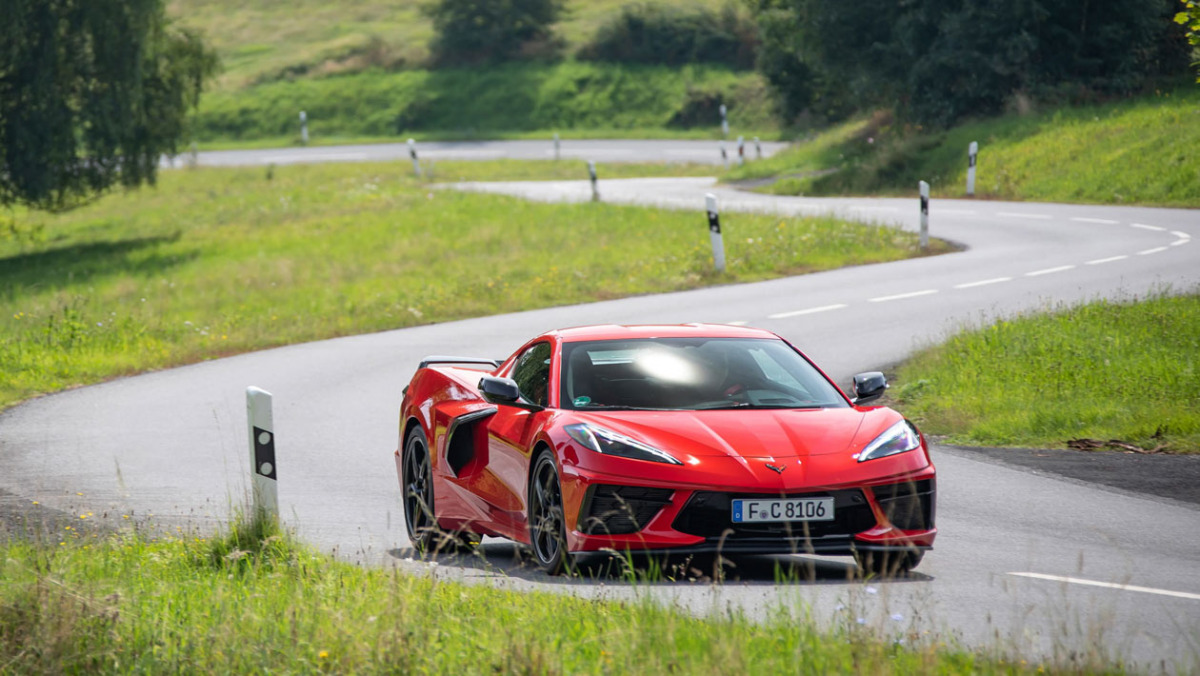 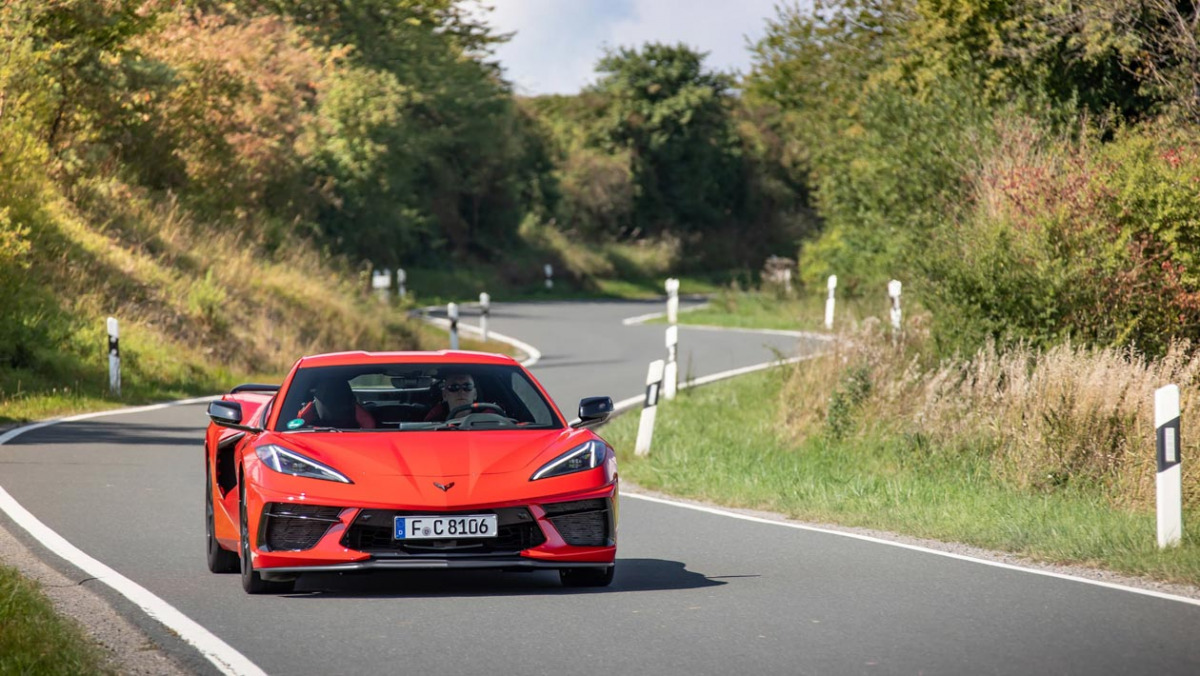 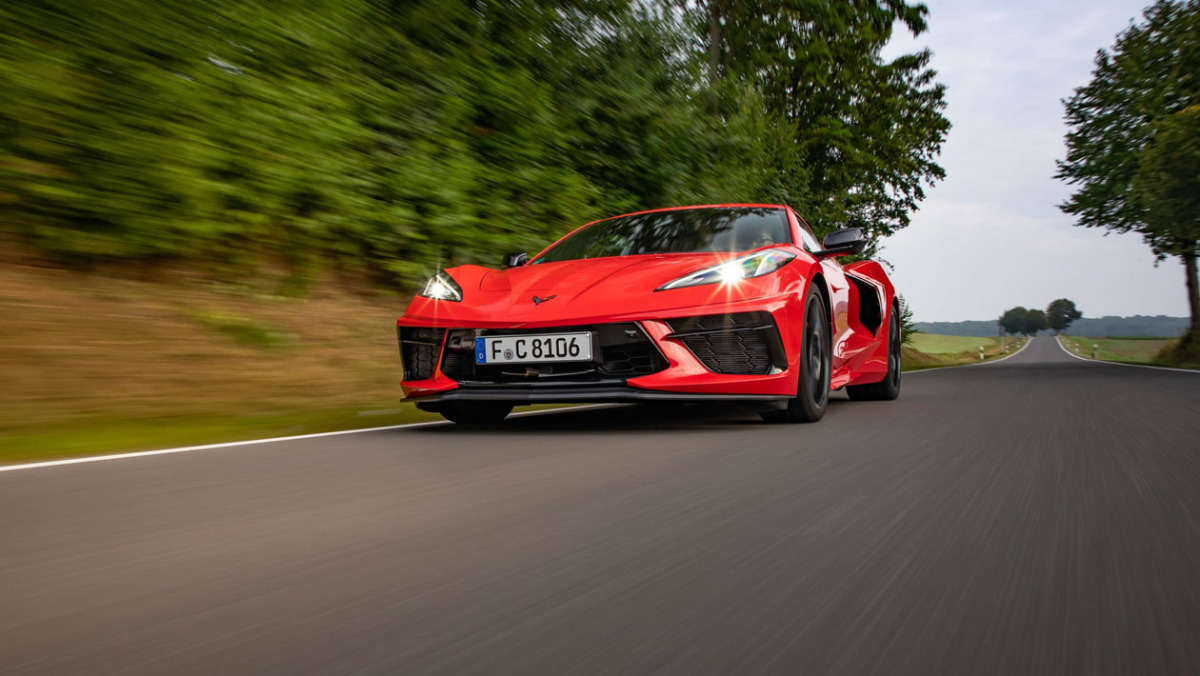 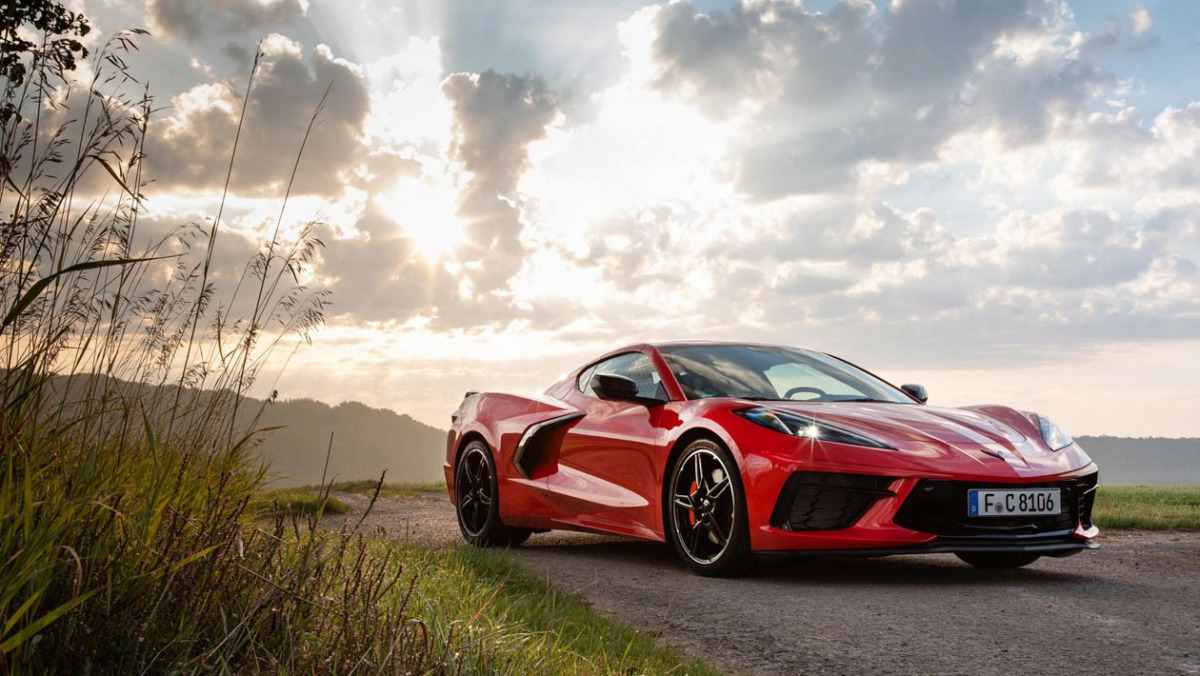 General Motors started thinking about making a mid-engined Corvette as long ago as 2012. That’s when the first design sketches began to appear, albeit behind tightly closed doors. But for a long time between now and then it was very much a skunkworks kind of project, a car that Corvette’s small-ish team of designers and engineers very much wanted to make happen, but weren’t sure if their bosses would ever actually let them.

But now, finally, it’s here, with a new dry-sump 6.2-litre V8 at its core, which sits behind rather than in front of its two seats (unlike any other Corvette in history), a dual-clutch eight-speed gearbox (again a first for a Corvette) and an interior that’s three times higher in quality than any previous Corvette’s.

It will also, thank the Lord, be offered in right-hand drive for the first time, proving just how serious GM is in its intention to make the new Vette a global car this time round, rather than a home-grown special. This, it says, is just the beginning for the eighth-generation Corvette.

It’s hard to know where to start here, so how about with that new 6.2-litre engine, which is still a pushrod in its fundamental design but which is entirely new from its dry sump up to its heads. It revs to 6700rpm and looks quite beautiful, either from above or from within the cockpit, Corvette’s designers having worked hard to make their engine look as good as it sounds from whichever angle it can be viewed.

The V8 is mated to a new eight-speed dual-clutch gearbox with paddleshifters. A manual ’box was considered for a long time but was eventually dismissed, the engineers admitting that, according to their research, over 90 per cent of potential customers would want a dual-clutch. This one preselects the next gear so that shifts are virtually seamless, up or down, and there are numerous drive modes to choose from – Weather, Tour, Sport, Track and Individual – with not only the shift patterns altering through the modes but also the electronic diff settings, the steering, the throttle map and so on.

The new Vette also has an optional Magnetic Ride system, whereby the dampers aren’t quite active but become part of the car’s sophisticated new electronics package. Whereas as standard the dampers work conventionally, ie mechanically.

The new V8 produces 495bhp and 470lb ft, with a virtually flat torque curve between 3000 and 6000rpm. These are not especially heroic figures given the cubic capacity, but be in no doubt – there is more to come from this engine, with supercharging and/or turbocharging both being considered at the moment. But not hybrid power, say Corvette’s engineers.

Yet even with ‘just’ 495bhp the 1530kg Corvette can still hit 100kph from rest in just 3.2sec, thanks in part to its full launch control system, but also because of its short, close gearing and the super-fast shifts of its dual-clutch gearbox. The weight claim is for a dry car by the way – in reality it weighs just over 1600kg.

The result of all this is a Corvette that drives unlike that of all its predecessors. The big V8 is much more refined than GM engines of old, and deliberately so, according to programme engineering manager Josh Holder. ‘We still wanted to keep that traditional V8 sound, but at the same time we wanted to get rid of the noises you don’t like while keeping the bits you do. So yes, it’s more refined but, we think, in a good way.’ Either way, it still sounds like a proper, big banger V8, and it goes like one, too.

But if anything it’s the behaviour of the chassis, steering, brakes and especially the dual-clutch gearbox that define how the new mid-engined Corvette drives. It feels sharp but also friendly, ever so slightly Lotus-like in the way it flows across the ground. It is not in the least bit edgy, in other words, and that’s just how Corvette’s engineers wanted it to feel.

If that means there’s a whiff of understeer, then fine, so be it. On a track you can easily dial this out by backing away from the throttle fractionally on turn-in, at which point the nose tucks in yet the rear end never threatens to overtake it. On the road, understeer is not an issue. Riding on reasonably sticky but not ultra-trick Michelin PS4 tyres, the Corvette has tons of grip at both ends and also immense traction, despite its short gearing.

The steering is also very good indeed in terms of its feel and precision, as are the brakes, the responses from which also alter as you scroll through the various drive modes. In Track they feel almost race car sharp, while in Tour they are far less jumpy but still just as powerful overall. Sounds all a bit digital, yes, but in practice they seem to work a treat, feeling much more analogue in their response than you’d expect given the electronics involved.

Any complaints about the way it drives then? Not really, no. On both road and track the new Corvette feels every inch like a valid McLaren rival, so sharper than a 992 Carrera S or Audi R8. It’s deeply impressive in just about everything it does dynamically, simple as that.

Which is where the Corvette’s typical power play comes in: value. The notion of an all-American sports car has long been defined by the bonus that it generally comes in at a far lower price point than its European rivals, and in the case of the new C8 Stingray, that’s no exception.