crankandpiston heads to Germany to test drive the new Audi RS6 Avant. But will it prove a big mover in the Middle East? 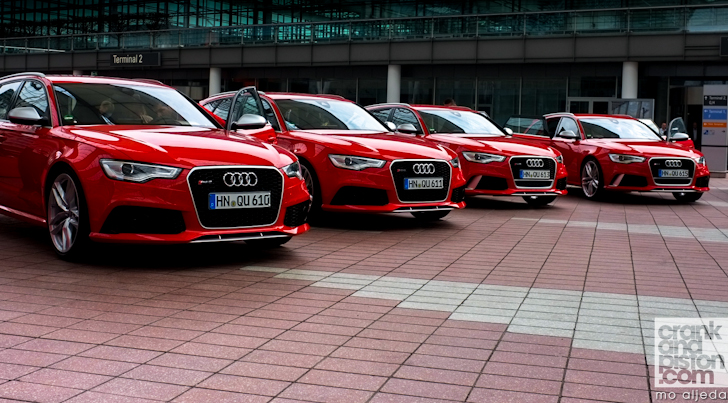 Carting ourselves halfway across the globe to test drive a new estate car – and a hot hatch, but we’ll get back to that soon – may not sound very crankandpiston-esque, but there is method to this supposed madness. For one, our frequent flyer miles have really ramped up over the past six months (what with a trip to Barcelona to try out the new Mercedes-Benz E-Class, and a bit of car spotting in Sri Lanka), and what better time to re-acquaint ourselves with Business Class aboard Emirates? 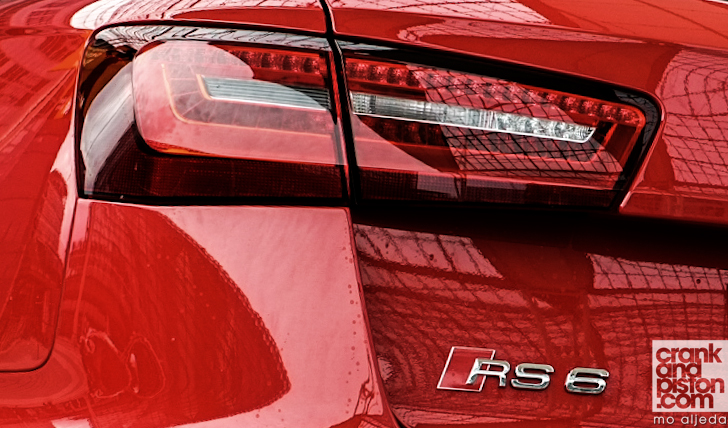 The other, rather critical reason, concern just two letters: R and S. Audi’s new RS6 is hot off the production belt, and we were among the first media outlets in the Middle East to get behind the wheel during the international launch in Munich, Germany. But like the new third generation RS4 we reviewed recently, there’s a potential fly in the RS6’s ointment. In a nod to the original RS, both will only be available as Avant estates. It’s a bold move certainly from the Bavarian powers that be. 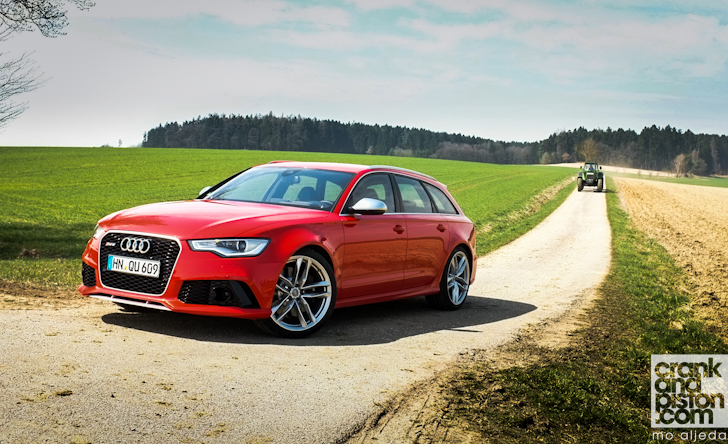 Anybody who has spent serious time in the Middle East will notice that there’s something of a dearth of estate cars in these parts. And it’s sort of understandable. In Europe, estate cars offer load-lugging capability in a car the size of a saloon, and with the same fuel economy and road handling. In the GCC, all our roads are straight and fuel is cheap. So we buy SUVs if we need to cart lots of stuff around. Surely nobody in the region will be interested?

Certain doubts are put to rest when, one still slightly chilly time in the early am in Munich, our convoy is introduced to the new RS6 outside Audi’s main headquarters in Ingolstadt. The big change for the model, apart from a 100kg reduction in weight, is the powertrain. Gone is the twin-turbo V10 of the previous generation, replaced by a biturbo 4.0-litre V8. The change, as is so often the case these days, is due to fuel and emissions pressures in Europe, and the result is a bit less power than before – 28bhp down to 552bhp – but more torque, up 37lb ft to 516lb ft at just 1500rpm. 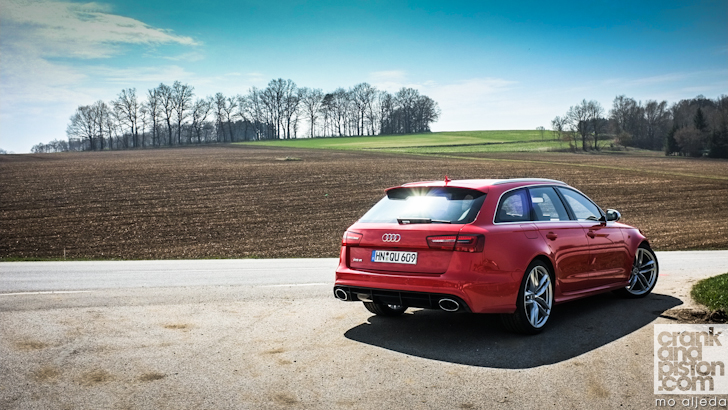 There’s also some clever Cylinder-on-Demand technology that shuts down four of the eight cylinders when they’re not under load to save fuel, and then seamlessly brings them back in when you summon the thunder. Again, not really relevant in the land of cheap petrol, but cool nonetheless.

Visually, the RS6 sits lower than the less potent ‘6’ models, and boasts a subtle bodykit to beef things up. The bumpers are new, the sills have been extended and the LED lights tinted. It rides on 20-inch rims and 21-inches are optional.

Inside, it’s fairly standard Audi fare but with a few choice extras, such as the now-standard flat-bottomed RS steering wheel and some lovely hexagonal stitch work on the seats. The finish, texture and tactility of all the materials is top-notch – it’s got to the point now where we expect nothing less from Audi. The carbonfibre trim in our test car looks excellent as well.

Our relatively short test drive takes us on the autobahn, where the first experience of the RS6’s immense power comes. On a derestricted section a Porsche 911 Turbo comes to play, and I decide to see how well the RS6 keeps up as Stuttgart’s finest rockets away. The answer is remarkably well. We get up to speeds of 265kph and the Audi isn’t flustered in the slightest, feeling absolutely rock solid and composed without a trace of floatiness.